Come join the folks at Rock Paper Shotgun for a good old-fashioned Blood Angels vs. Genestealers showdown. Watch as terinators secure corridors, plant bombs, and kill scads of Genestealers in this gameplay preview.

Space Hulk Tactics is a game of tactical space ship exploration and xenos extermination. Can a handful of superhumans in the heaviest power armor with the best gear in the Imperium hold their own against a seemingly endless horde of ravening Xenos? It’s actually a bit tougher than you’d think–so find out in this preview of an entire level. Watch the Blood Angels take on the Genestealers aboard an Imperial derelict, one of three tilesets currently in the beta.

The game is still in beta, but we’re getting glimpses of some fairly polished stuff here. The Terminators all have cards which either can be used to give extra abilities or boosts to your squad, or they can be converted to action points which can give you more oomph in your turn. The early game is all about knowing which to use and which to change in for valuable actions. Is it better to start layering in buffs, or better to get just another square or two further–which itself carries a risk, you might stumble into a nest of Genestealers. 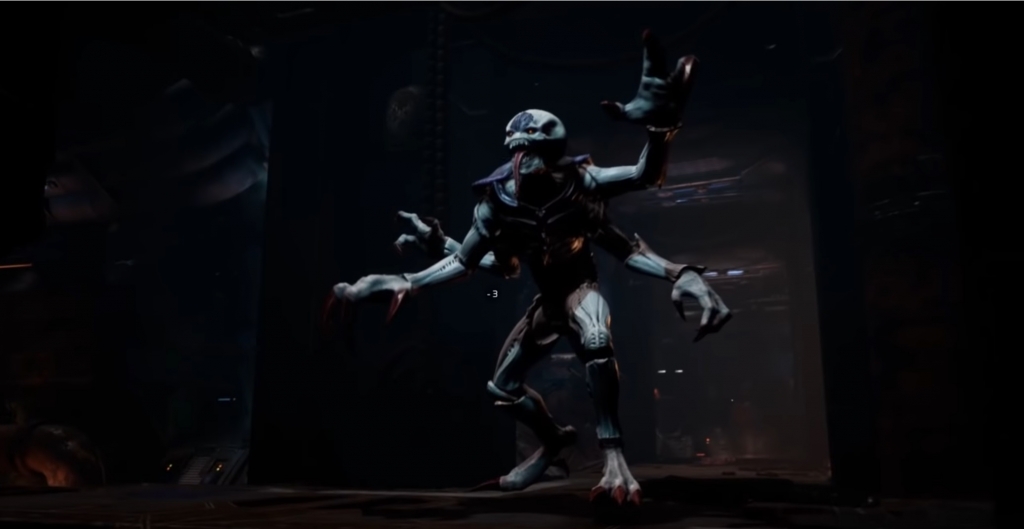 The game has X-Com style kill animations, as you can see in the video, which is pretty satisfying. Watching the Genestealers get pulverized was just a great way to start off my day. I’m curious to see what progression looks like in this game. We know that there are different trees for the different classes, and that you can find new cards–this is perhaps one of the more satisfying things in a game like this. Looking at similar games, in X-Com half of the fun came from leveling up your guys and unlocking new armor. I’m keen to see what kind of new equipment and unlocks you’ll find as the game progresses.

We also get a good look at psychic powers, which prove to be invaluable. Area denial is as important as killing everything in sight. There’s a whole lot happening, and that poor brave assault terminator with his lightning claws, doing the Emperor’s work, and–well you’ll see. Regardless, this game looks right up my alley. I love crunchy tactical games that seem straightforward but have a lot of hidden depth to them. Phoenix Point and the various X-Coms all get their hooks in me in the worst way. So between this and Adeptus Mechanicus, I’m looking forward to later this year.