The Cultists of Chaos now have free rules you can download direct from Games Workshop for Necromunda! Bring on the Chaos Gangs and let’s get the turf war going.

A couple of weeks ago Games Workshop released the Genestealer Cult Rules for Necromunda online for free. This was a great move as it allows anyone with Genestealer Cult models to also play Necromunda with very little investment. Now, we are seeing the Chaos Cult rules being released for free today. 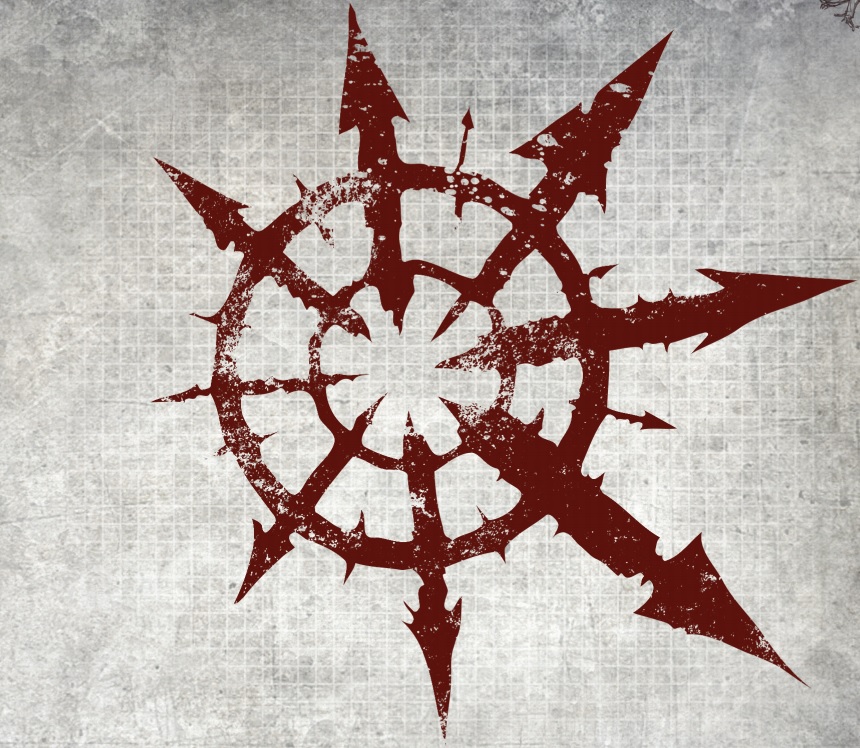 A few months ago, White Dwarf published rules for using Chaos Cult Gangs in your games of Necromunda – and now we’re bringing you those rules absolutely free! They contain everything you need to start your own band of warp-worshipping malcontents, including gang, skills and equipment lists, six Wyrd powers, rules for using a Chaos Cult in campaigns, and a post-battle action that allows you to conduct a Dark Ritual and imbue one of your fighters with unholy power. There are even rules for using a Chaos Spawn… because if your Dark Ritual goes wrong you might find yourself down one fighter and up one terrifying lump of flesh and tentacles.

That’s right folks – rules for the full gang, skills, equipment, Wyrd Powers and even rules for a Chaos Spawn are all online for FREE! 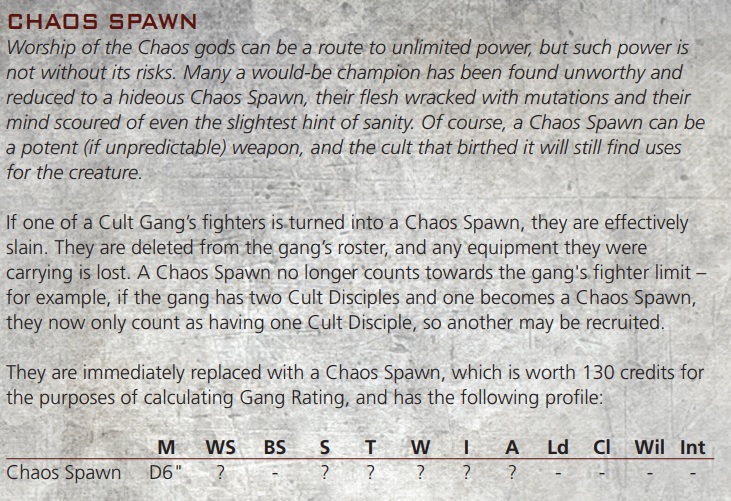 I’m really glad to see the Chaos Cult get free rules online because this only increases the potential player base for Necromunda. If you have Chaos Cultists (and if you play Chaos, odds are you have a squad lying around) you can now give them a shot in Necromunda for free. While I haven’t been a fan of the Necromunda release schedule, I have been a fan of the game itself. The skrimish-style game play is a natural fit for campaign play and the narrative moments you get because of that really adds to the experience.

Now that the game has the majority of the House Gangs out as well as Genestealer and Chaos Cult Gang Rules, it really does feel like a populated Hive – players have options and the gangs do have a personality of their own. I still think GW should have put the gangs out faster (we still don’t have House Dalque…yet) but at this point the drought is over. 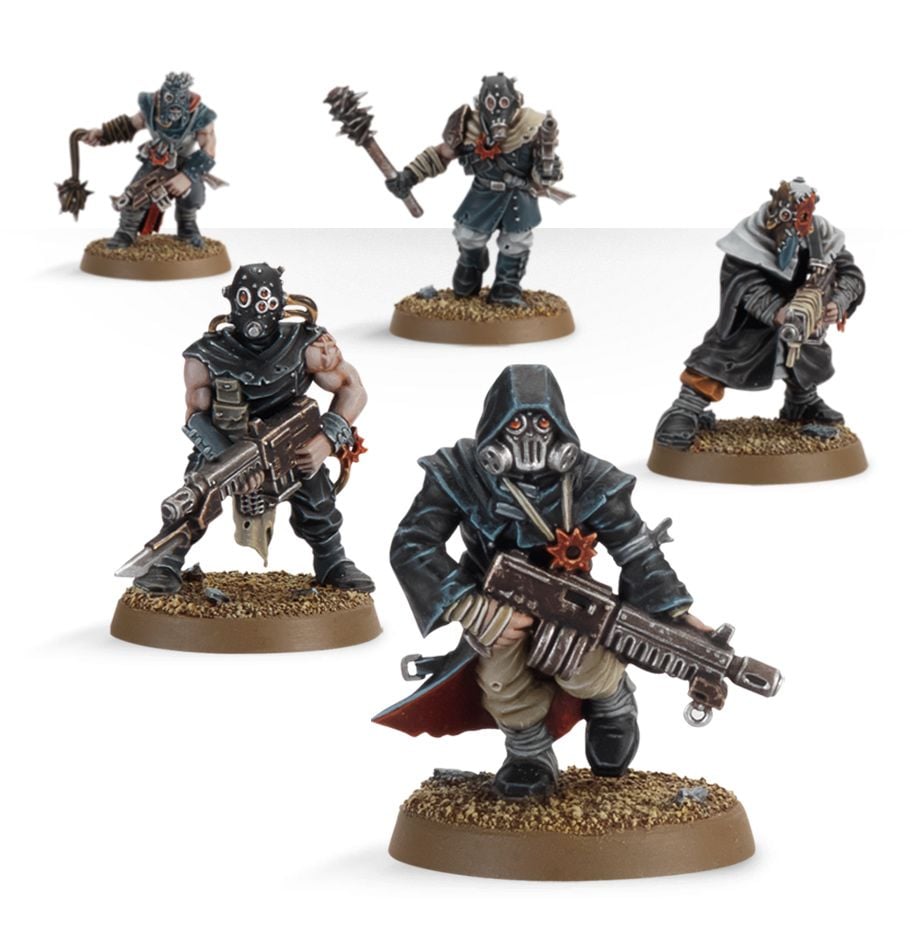 Author: Adam Harrison
Writer, Editor, Texas Native, and Austinite for 15+ years, Adam covers all things Tabletop Gaming. Which includes Warhammer 40,000, Age of Sigmar, D&D, Board Games and everything else that involves dice, boards, cards and a table. A hobbyist, player, and collector of miniatures and games, Adam's current obsession are his Death Armies for Age of Sigmar, his Blood Angels and Tyranids for 40k, and his ever growing Arkham Horror: The Card Game Collection.
Advertisement
Games Workshop Miniatures Necromunda Rules Tabletop News
Advertisement 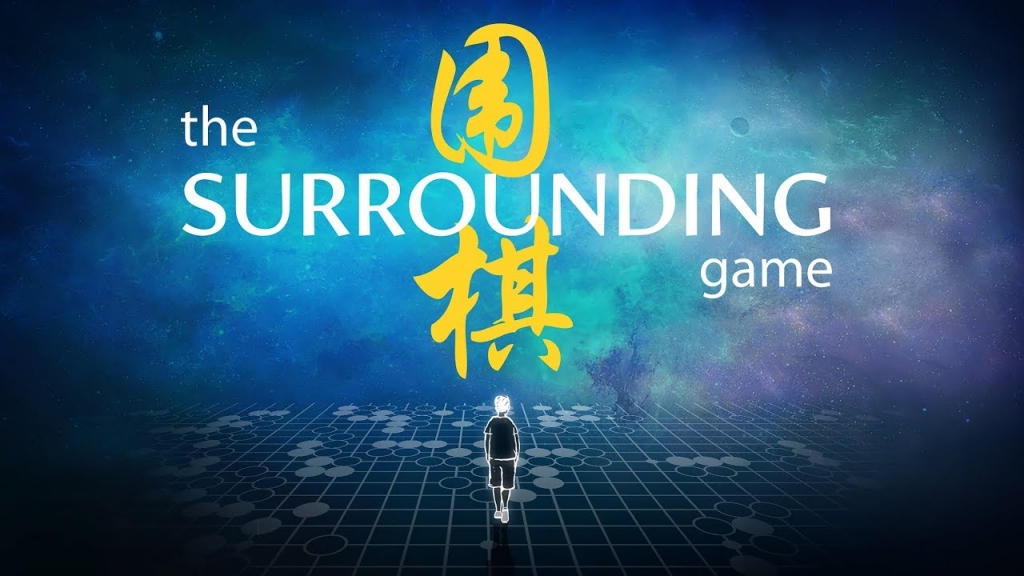