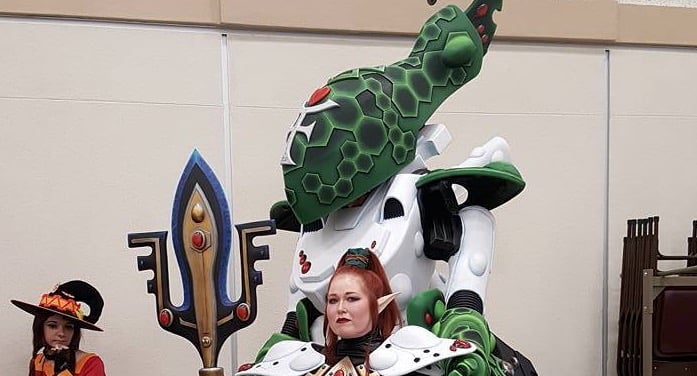 Today we travel through space and time, to the Biel-Tan Craftworld and beyond with a pair of artists who expertly craft the Cosplay world to their whims. Creating projects from multiple fandoms, these two Cosplayers set an incredibly high bar, and have fantastic words of wisdom for the community.

“They shall come, expecting the obvious, the simple, the artless. They shall stab at the shadows with confused minds and troubled hearts. Meanwhile, we shall appear unseen from ten directions, and from every one strike a fatal blow.” -Farseer Caerys

Over a year and a half ago when I first started writing for BoLS, I came across a fellow on the cosplay forums who was talking about an upcoming Eldar cosplay he and his wife were about to undertake. Intrigued, I messaged him for details, and have watched avidly they created one of the most beautiful Farseers I have ever seen. This couple’s  dynamic and delicately detailed Eldar cosplays were the first to draw my eye to their work, and I have been eagerly awaiting the opportunity to feature them. I hope you enjoy them as much as I do! 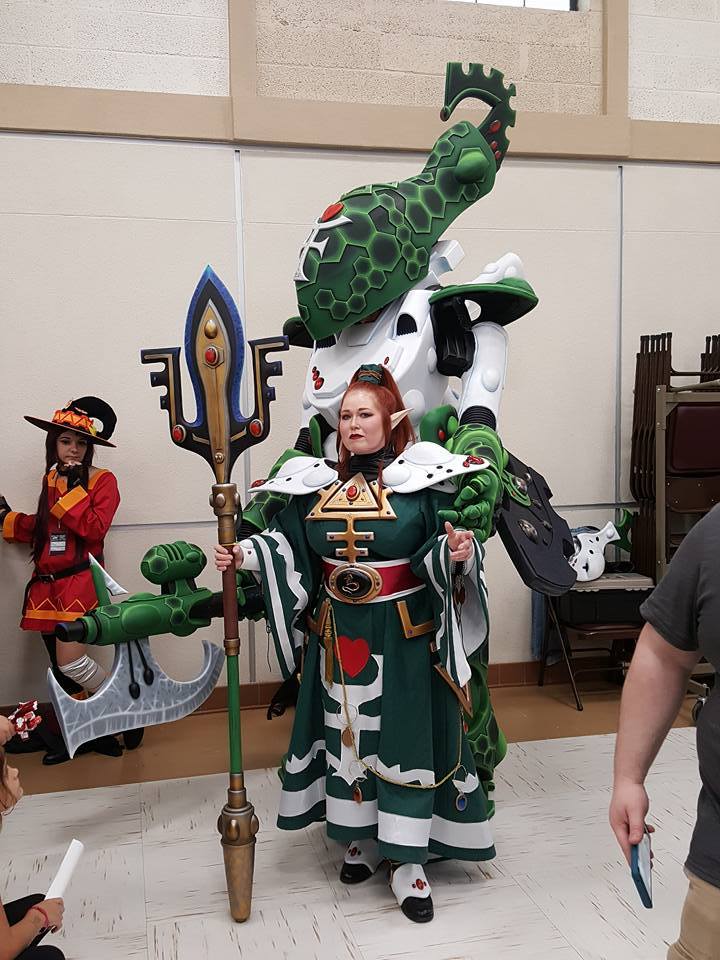 We also love supporting children’s organizations and are a part of Costumers With a Cause. Through that, we have visited schools and participated in the annual Jacksonville Children’s Christmas Celebration. There is nothing more satisfying than seeing the face of a child light up when you walk in the room as Batman. Makes all the burns, cuts, scrapes, bruises, strains, dehydration, poisonings, and long-term injuries worthwhile.

Competing in costume contests is always a blast! We have been honored to receive awards at numerous conventions and the process of competing has helped us when we have been invited to sit on panels or judge contests. Fred also competed in this neat little show called Cosplay Melee on SyFy. Though it was incredibly hard work, and the hours were agonizing, it was pretty fun! For those who watched the episode, you may have noticed he defaulted to his Warhammer 40k past and accidentally built an Ultramarine.

Speaking on panels together is one of our favorite things to do because we fancy ourselves to be quite hilarious. The only proof we have of this is that we haven’t had tomatoes thrown at us and we have occasionally been invited back to participate the following year. Elle’s favorite panel to present is “A Sewing Manifesto” where she argues that seamstresses are underappreciated and much more talented than foamsmiths. In Fred’s preferred panel discussion, he shares tips with cosplayers new to the craft in a very “Listen to your dad because I know what I’m talking about” kind of way. In Elle’s opinion, his panel should be called, “Yes, that’s good, but no, that’s wrong. I know this because I’m old”. 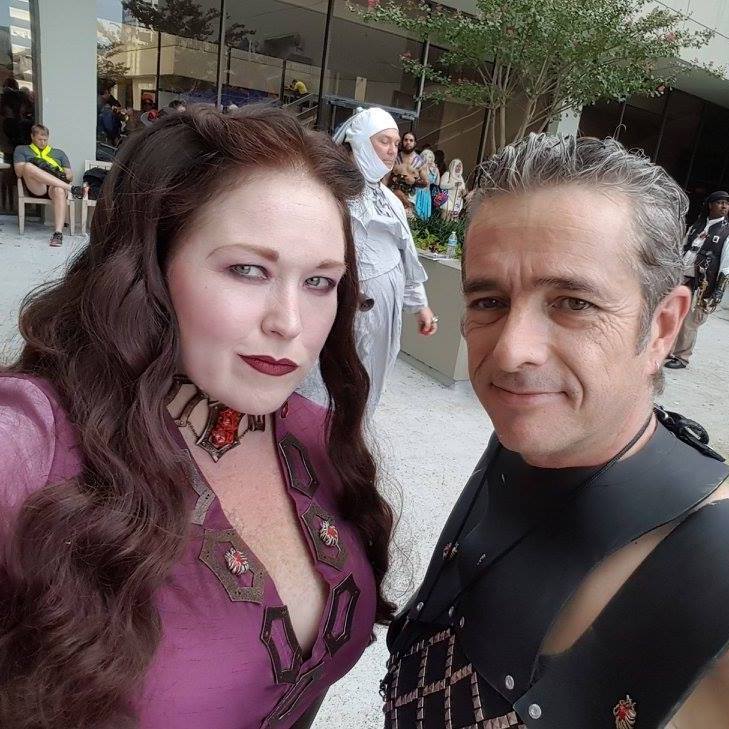 Since we don’t attend many conventions during the hot summer months, we instead go into full-on fabrication mode and take on commissions. With that, we recently completed several commissions including an Ulthwe Farseer from Warhammer 40K, Cyborg from Teen Titans, several Dora Milaje spears from Black Panther, and a Muckman from SKS Props Wasteland Alice series. In between all of that, Elle is working on a Rose Quartz cosplay and Fred is starting a Hiccup commission. As if that weren’t enough on its own, we have a super-secret crazy-huge build in the works, which will be our biggest and most elaborate to date (we gunna need a bigger ‘ammer anna bagga nailz, derz gubbinz ta make!!)! 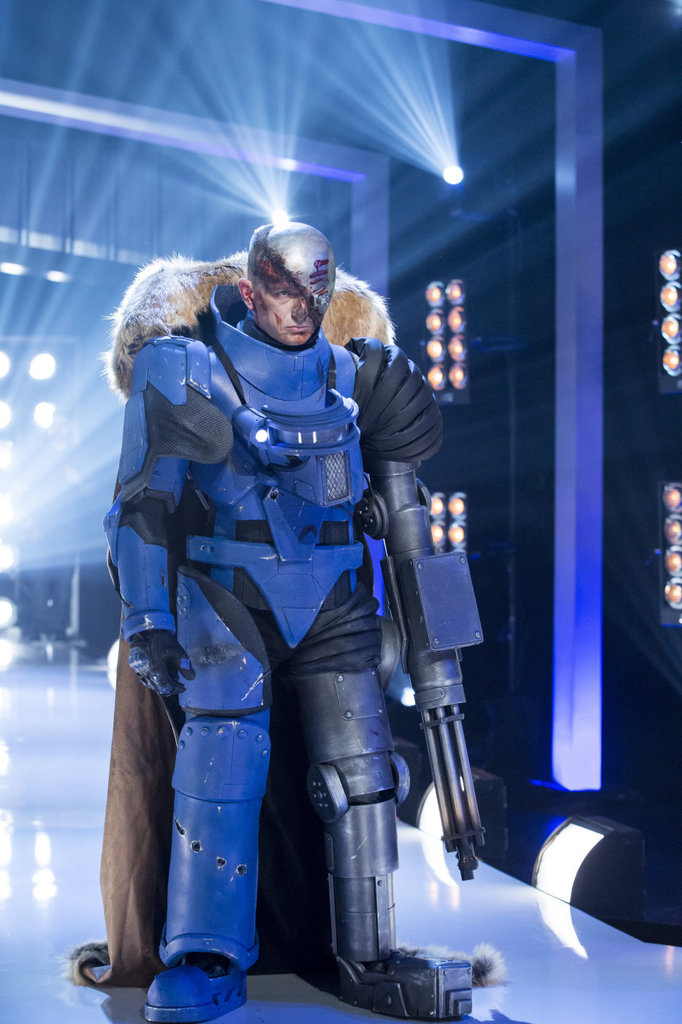 We tend to stick close to home when it comes to conventions so we typically stay in the Southeastern US. Unfortunately, because we typically stay in the Southeastern US where the temperatures hit 4000 degrees in the summer we shy away from many during this season. With that, we are attending Wasabicon and Mandarin Minicon in October, JekyllCon in December, and hope to attend Florida Supercon and possibly a few conventions in Costa Rica next year! 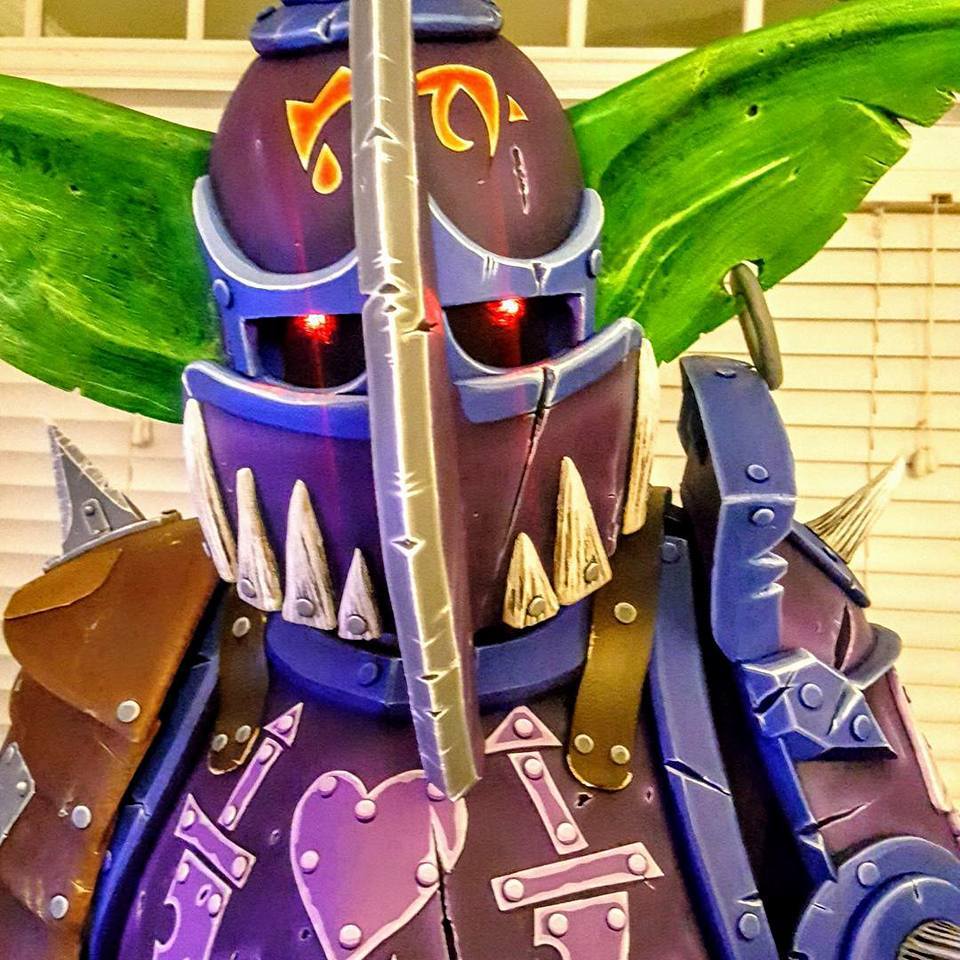 Elle: Though there are a lot of great cosplay crafters out there, Kamui Cosplay is my major cosplay crush. Not only is she funny and entertaining, she is also crazy-talented. Add to that, she is a solid teacher – her books and videos are excellent tutorials that should be Cosplay 101 for anyone entering the craft. Heck, those of us who have been doing this for a while can benefit from her tips and tricks. Also, in a world where good cosplayers can get a bit of a big head about their accomplishments, Kamui still seems to be keeping it real.

Fred: Yaya Han is an inspiration because she has the three pinnacles of cosplay covered – she is a true cosplayer, a cosplay model, and a successful businesswoman who is making a good living off of her cosplay. Good for her! My senpai, of course, is Steve Smith from SKS Props. He is a master propmaker with a varied and stellar skillset that allows him to create absolutely anything he wants. 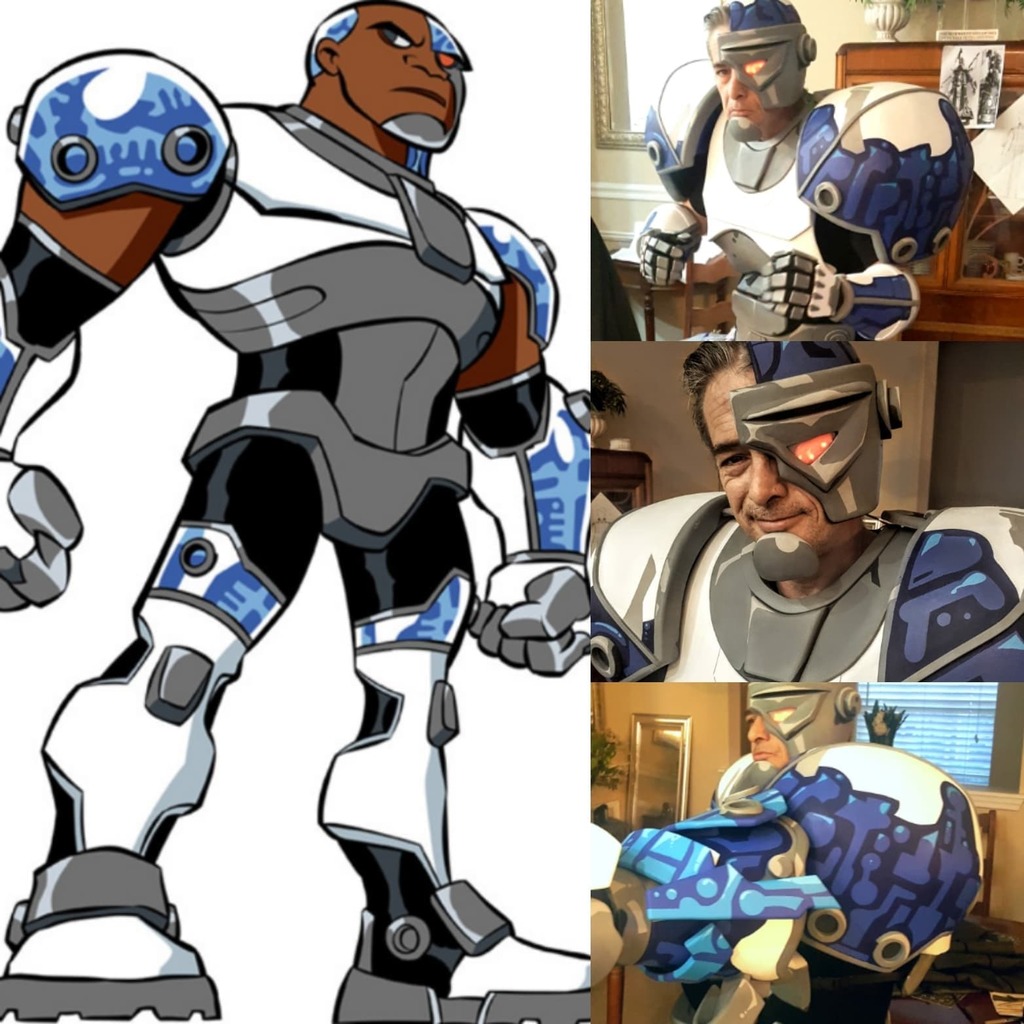 Our go-to background noise is stand-up comedians or binge-listening to a comedy series on Netflix. Since we work in separate but adjacent rooms in the house, it’s difficult for either of us to watch anything, so instead we’ll put on something like Parks and Recreation or Community and work our way through the entire series. The comedy keeps our spirits up and it’s great to hear laughter from the other room, especially when a project is going to hell. 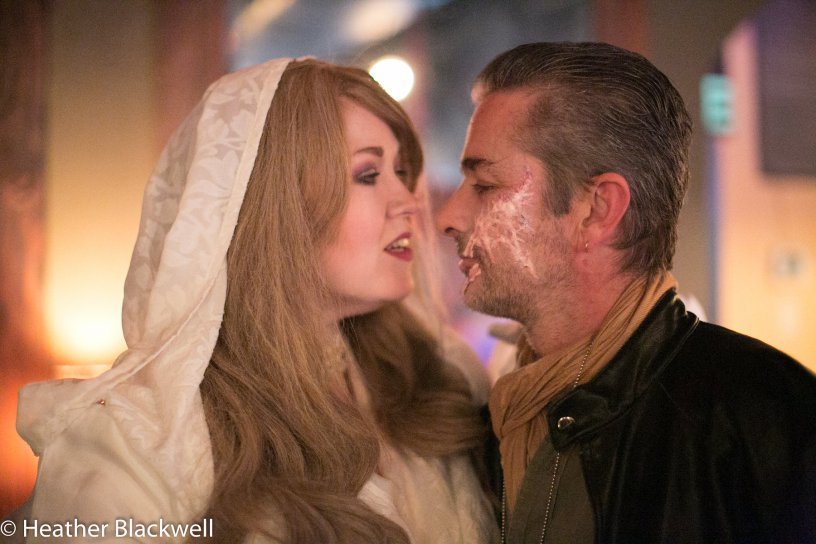 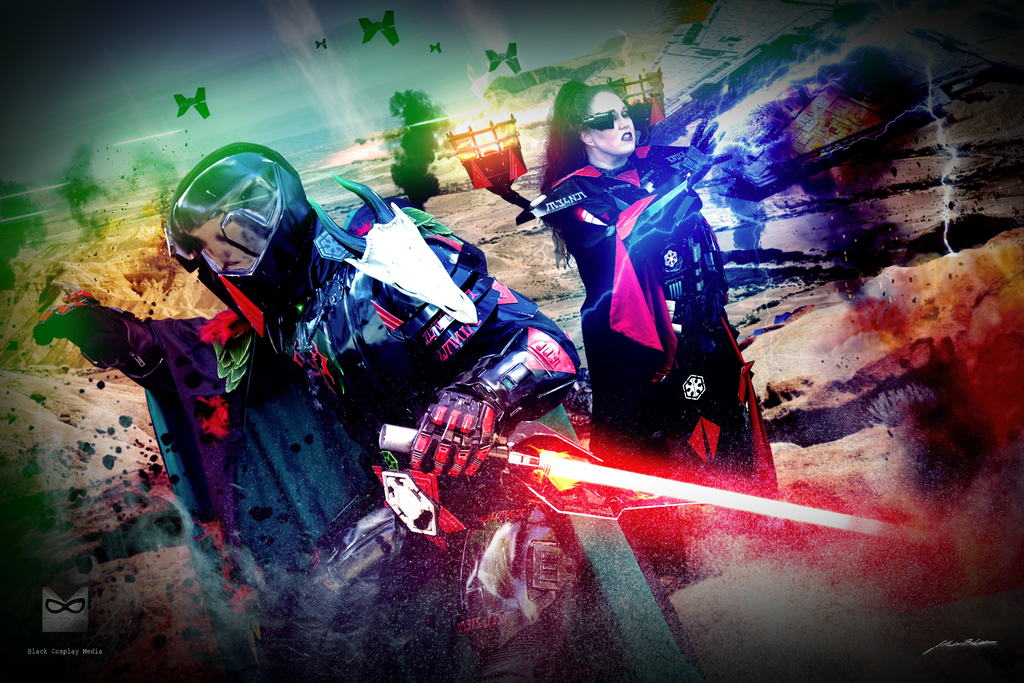 Author: Jennifer Larsen
Jennifer aka "Mayhem's Muse" is the Cosplay Editor for BoLS and manages Ad Sales and Communications. Her cosplay awards include the RTX Judge's Choice Award and Dragon's Lair Austin's Cosplay Symposium. Jennifer has been a Cosplay Guest Judge at RTX, Tacticon and Genghis Con in Colorado. She regularly attends conventions to cover cosplay for BoLS. Her cosplay work has been featured in publications such as Girls Who Love Monsters, Geek Fuel, and Renaissance Magazine. Jennifer has modeled in the Her Universe Fashion Show, Precision Camera's yearly Precision Camera University, and has taught several workshops for photographers about partnering with cosplayers and creative muses/models. Jennifer is a lifelong enthusiast of retro video games and loves Dungeons & Dragons, urban fantasy, tabletop games, VR technology, and historical archery. She has set National Records through USA Archery’s Traditional Division for Asiatic Bows and earned 4th Place in the World Nomad Games in Kyrgyzstan in 2018 for Women’s Korean Archery. Jennifer is currently studying for her Masters's Degree in Organizational Leadership.
Advertisement
Cosplay Eldar Kamui Cosplay Warhammer 40k
Advertisement

It's Not Easy Being Green - Why The Orks Should be Overpowered