FFG: Mansions of Madness – All Aboard The Crazy Train

Fantasy Flight Games is previewing a new scenario for Mansions of Madness – In 10:50 to Arkham, players must solve the mysterious disappearances of passengers before they also fall victim to the supernatural threat.

Mansions of Madness is getting a new expansion – Horrific Journeys. We covered announcement of the expansion back in July and today we’re getting another look at one of the scenarios that players will be embarking on. In 10:50 to Arkham a simple train ride to Arkham takes a turn toward madness as a something is causing passengers to disappear.  All aboard the train to crazy town!

To protect your city, you must leave it behind. In Horrific Journeys, you and your team of investigations are tasked with solving three eldritch mysteries—aboard a bustling transatlantic airship, a luxury ocean liner, and a scenic countryside train. You will contend with cultists, hideous amphibian monsters, and even interdimensional creatures tearing holes in the fabric of reality in three brand-new scenarios that will challenge you like never before. 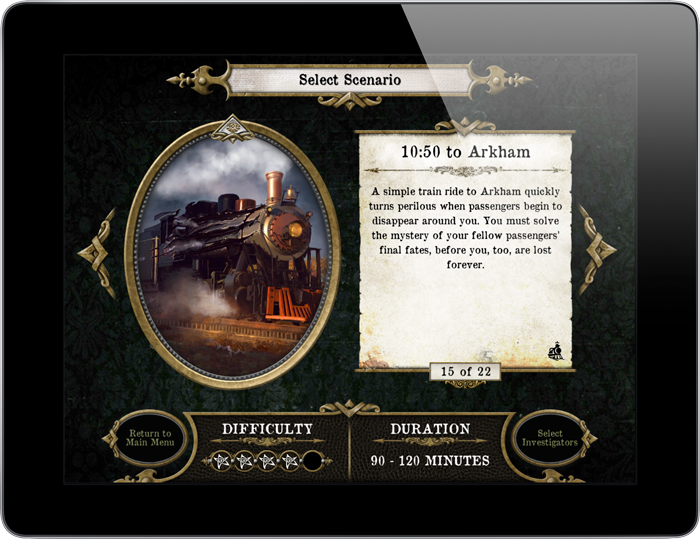 This scenario introduces a new mechanic to the game. New rift tokens are introduced and they represent a weakness in the barrier between reality and another dimension. Players can attempt to close these rifts with a lore check. If they succeed the rift is discarded and that threat has been passed – for now. However, should they fail or attempt to perform an action in a space where a rift exists, the investigator can become lost in space and time: 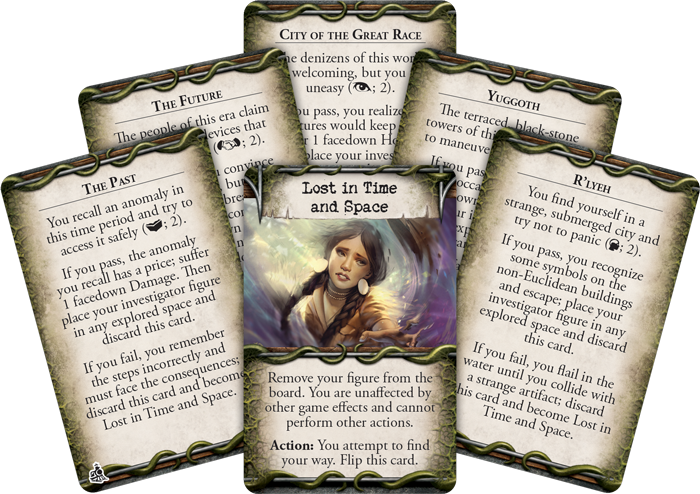 If you can keep calm you might be able to figure a way back to the train. Will you be able to keep your head and make it back to our reality? Only you can solve this mystery and save your friends, passengers and the rest of the people on the 10:50 to Arkham! 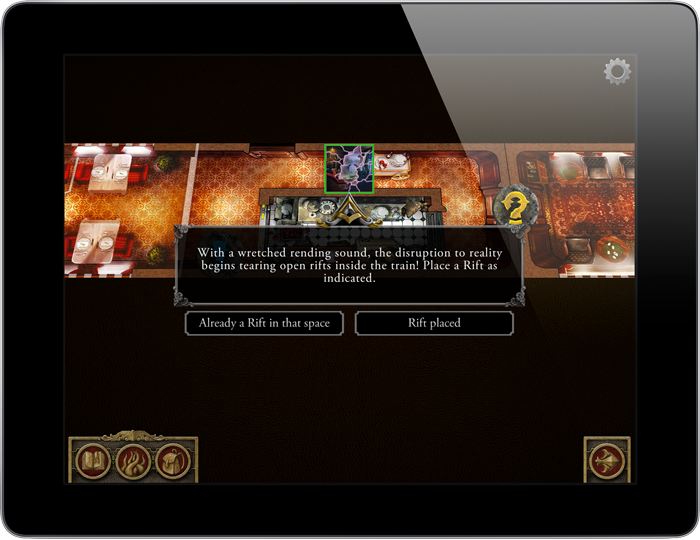 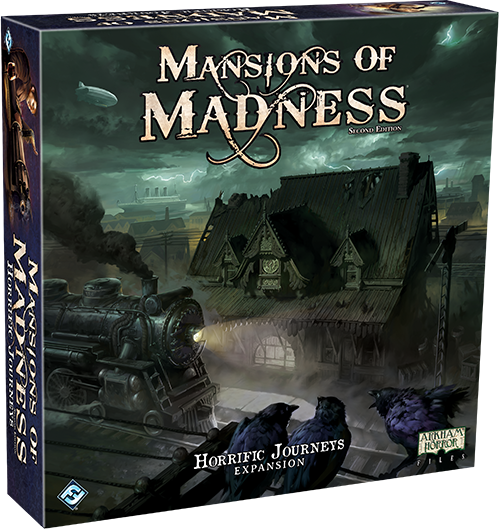 In the skies above the Atlantic, a dirigible’s peaceful journey is interrupted by a bloody act of revenge and an oncoming storm. On the sea far below, a treacherous saboteur plants the explosives that will sink a ship. In the New England countryside, a train billows black smoke, desperately fleeing an unimaginable threat.

Horrific Journeys is a deluxe expansion for Mansions of Madness which unlocks three thrilling scenarios that take four new investigators far from Arkham, solving mysteries aboard a bustling transatlantic airship, a luxury ocean liner, and a scenic countryside train. With new map tiles, puzzles, monsters, and mythos events, these brave men and women must contend with hideous amphibian monstrocities and interdimensional creatures tearing holes in the fabric of reality all with the knowledge that one wrong move can destroy the very vessels they are trying to protect! In order to arrive at their destinations, the investigator of Arkham must first survive their journey!