Tabletop Spotlight: Kick-Ass: The Board Game

Join JR and Drake as we delve into Kick-Ass: The Board Game where you beat up baddies and do good deeds, all the while keeping your personal life from falling apart.

Kick-Ass: The Board Game is a cooperative combat game where players are seeking to defend New York City from the villain by solving the events plaguing the city. But while that is going on, players will have their own hardships to deal with, which will try to get in the way of being a kick ass hero. You may get some attention on social media along the way, but that comes with it’s own benefits.

On each turn, players will have a number of Events to deal with. Each Event has a unique setup and resolution, which will be up to the players to deal with. 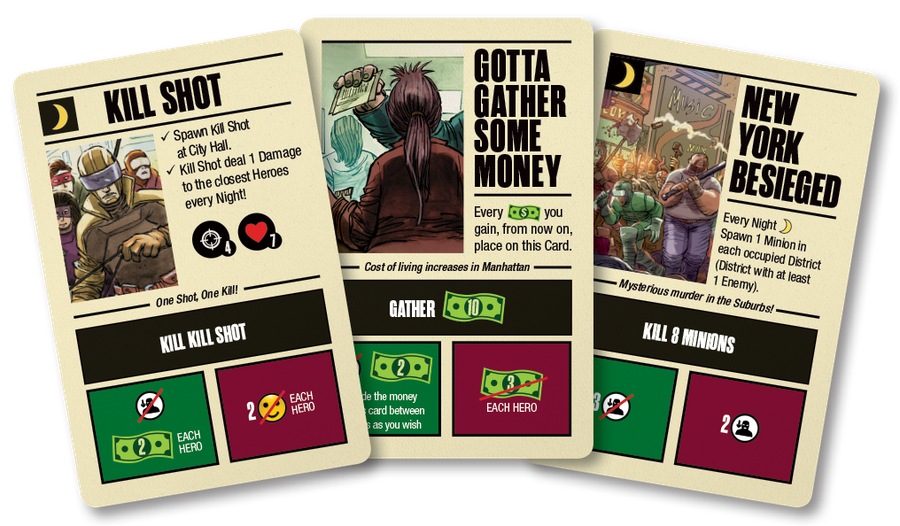 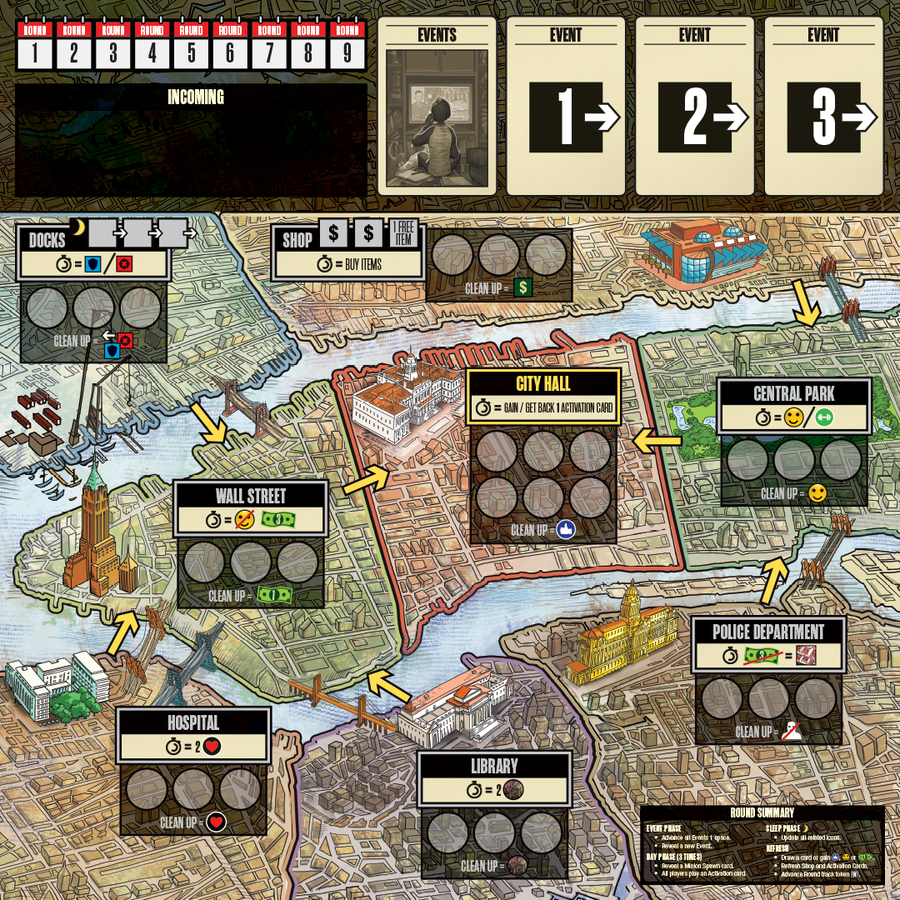 Each day, the game will spawn minions which will move around the board and cause trouble for the citizens and the players. Dealing with these minions before they begin to gang up is key. Combat in Kick-Ass uses a dice-rolling mechanic using custom dice. As players engage in combat, they will obviously take damage which is tracked on their player board. 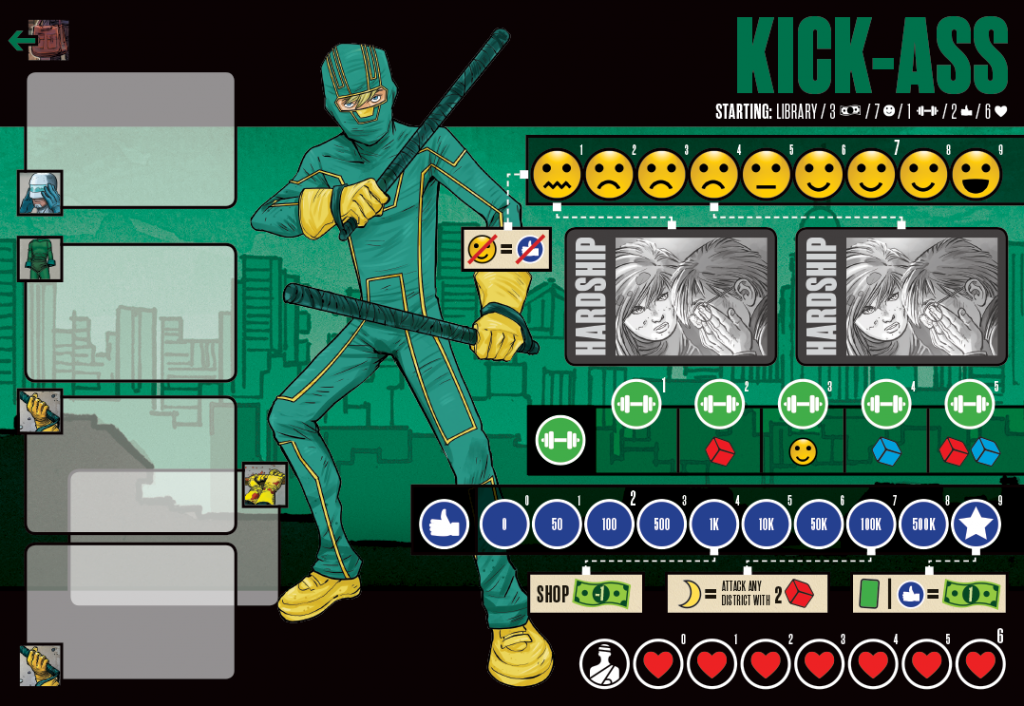 Once the players have completed 3 Events, the Final Boss shows up which will require the players to solve a Final Plot event. If the players can manage to defeat the Boss before the end of the 9th round, they win! However, if the players lose if: 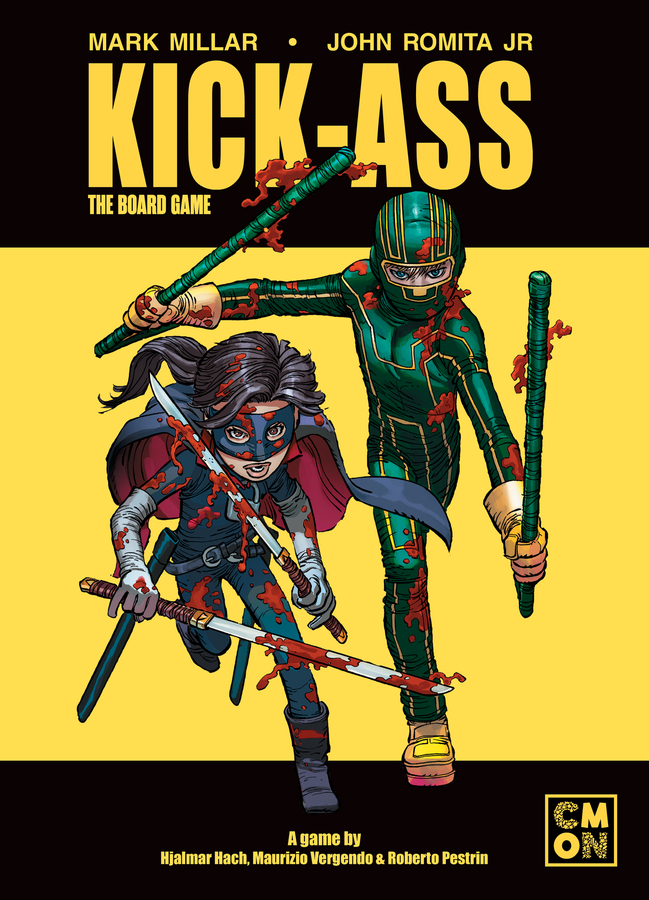 New York City is being overrun with criminals. The Police Department either can’t handle this new wave of crime, or has been corrupted from the inside and refuses to help. In these troubled times, certain individuals have stepped up to keep the streets safe… while making sure they aren’t late to work, or they don’t miss another dinner date. Saving the day isn’t easy when you’ve got an active social life to maintain.

In Kick-Ass: The Board Game, players take on the role of masked vigilantes trying to keep New York City safe. Working together, they must keep the Evil Boss’ plan from coming to fruition. Each round, they will travel to the various Districts on the game board, beating up Minions, doing good deeds for the citizens, and trying to keep their personal life from falling apart. It’s a difficult task, but luckily, they’ve got their friends to help them out.