In order to unearth the secrets at the heart of the Necron Tomb, and defeat the indomitable Overlord, you’ll have to find the best gear and customize your squad with powerful augmetics to build a squad suited for each mission.

In Warhammer 40K: Mechanicus, you’ll have to send a squad of tech-priests and their robotic/servitor allies into the heart of a Necron Tomb-complex, looking for blackstone, secrets, technology, and everything else a loyal servant of the Omnissiah could possibly want. The game is, at its core, a squad-based tactical game, that will require clever positioning and play in order to best the servants of the Overlord. And at the heart of this game is your squad.

In games like X-COM, which you can see woven into the fiber of Mechanicus, the way you build out your squad helps determine your playstyle. And the same holds true here. Will you build a bunch of melee troopers? Will you find powerful weapons as you plumb the depths of the Tomb-complex? How you upgrade and develop your characters is a big part of a game like this. Half of the fun is in the customization–and there’s a ton of it featured in this game. Everything from the disciplines your tech priests follow (which grant them abilities) to the gear you load them out with will determine the unique features of your squad in this game. Let’s take a look.

There’s a lot to dig into in just 3 short minutes, so let’s walk through some of the customization options you’ll find in Mechanicus. 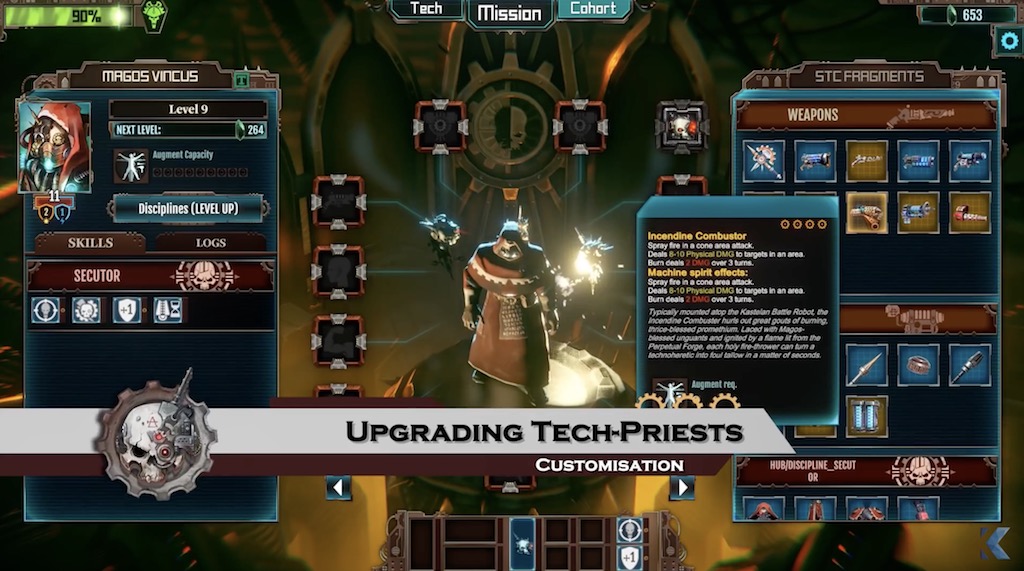 There’s a lot happening here. Customization centers around your individual Tech Priests. Each of them is a character unto themselves–outfitted with various augmetics that you can unlock as you level up, you’ll be outfitting them with gear that’s both functional and cosmetic. As you can see, there are a number of augmetic slots you’ll have to earn via levelling up. But each piece of gear feeds into the overall discipline of your techpriests. 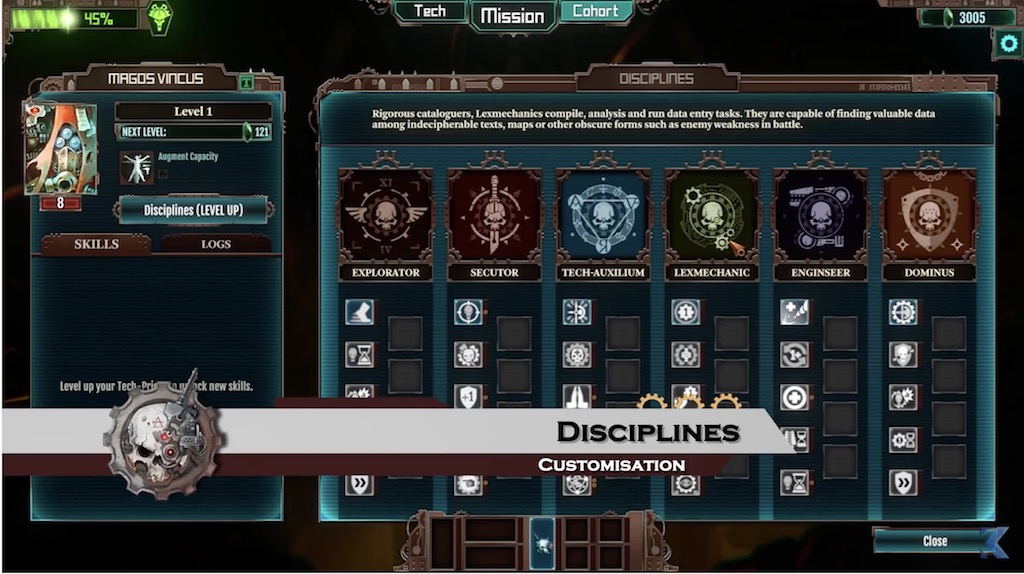 As your tech priests level up, you’ll decide to advance them in different tracks. You might be an Enginseer and repair and support your squad, or develop a lexmechanic who can uncover valuable information and unearth Necron secrets (which you’ll also need). Each discipline has different abilities you’ll earn as you level up… 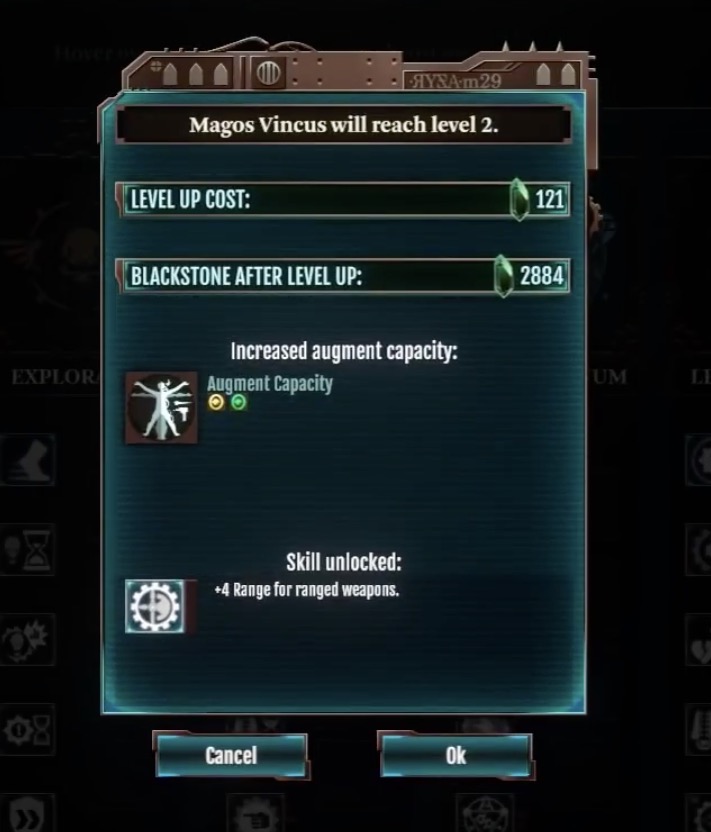 The Dominus, for example, is a ranged weapon specialist. So every tick down the track unlocks abilities that center around that–and you’re rewarded for loading them down with gear that tunes them towards that specialty, including a bonus if you take only ranged augments. And reflecting this, at some points along the way, you’ll unlock specific augments for each discipline. 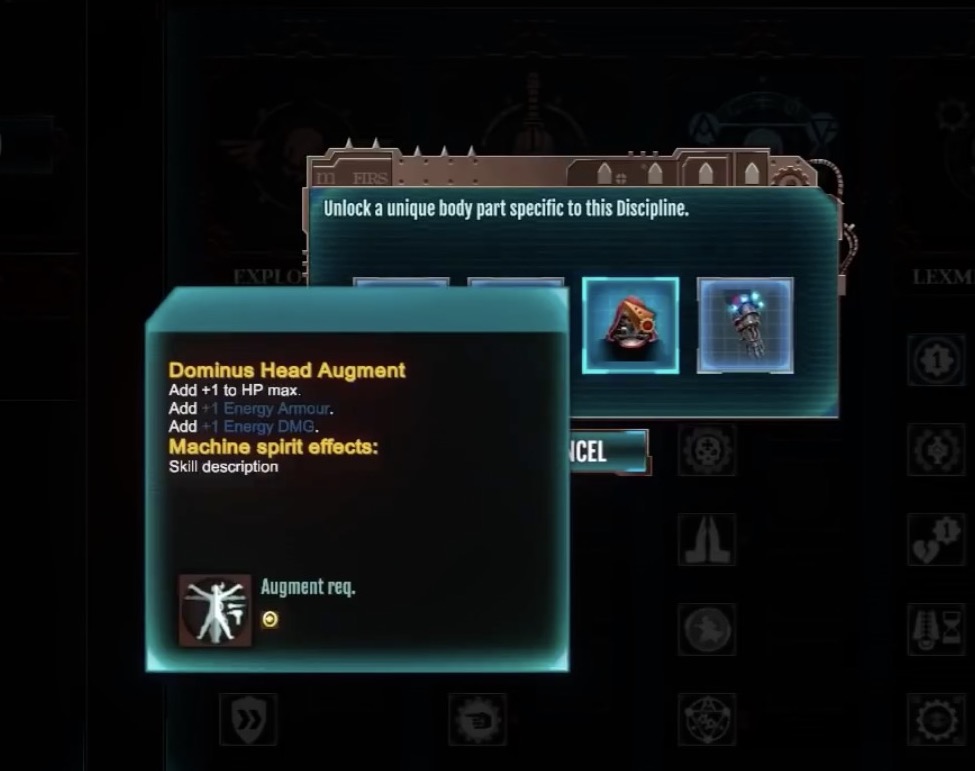 But that’s only your Tech Priests. Like any good member of the Adeptus Mechanicus, you’ll understand that the tools of the Mechanicus can be the augments you wear or other extensions of the Magos’ will–like the troops, servitors, skitarii, and robots. These are merely cogs that help express the wishes of each individual Magos. 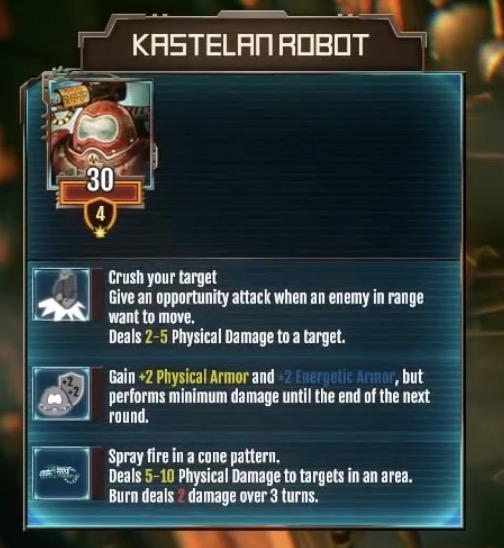 And as such they provide benefits–and like the rest of your tools, can be unlocked during gameplay. I think this is great–it really drives home the Mechanicus’ opinion about their servitors and other cogs in the machine. 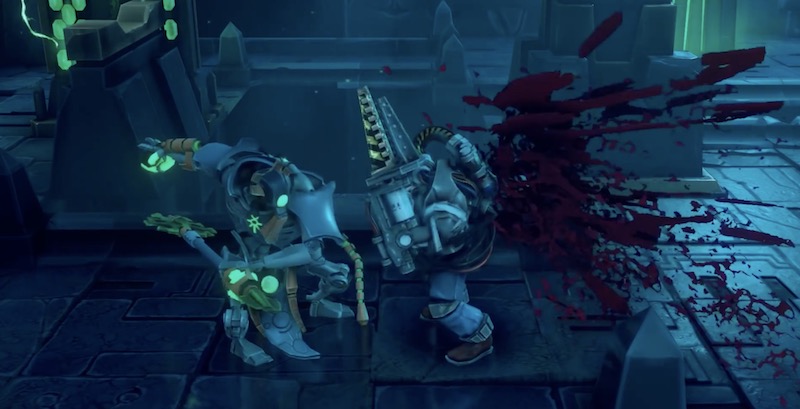 Finally something Ad-Mech and Necrons agree on!

But perhaps my favorite mechanic is the Canticles of the Omnissiah. These are basically achievements, but they’re achievements that reward you with mechanical benefits. 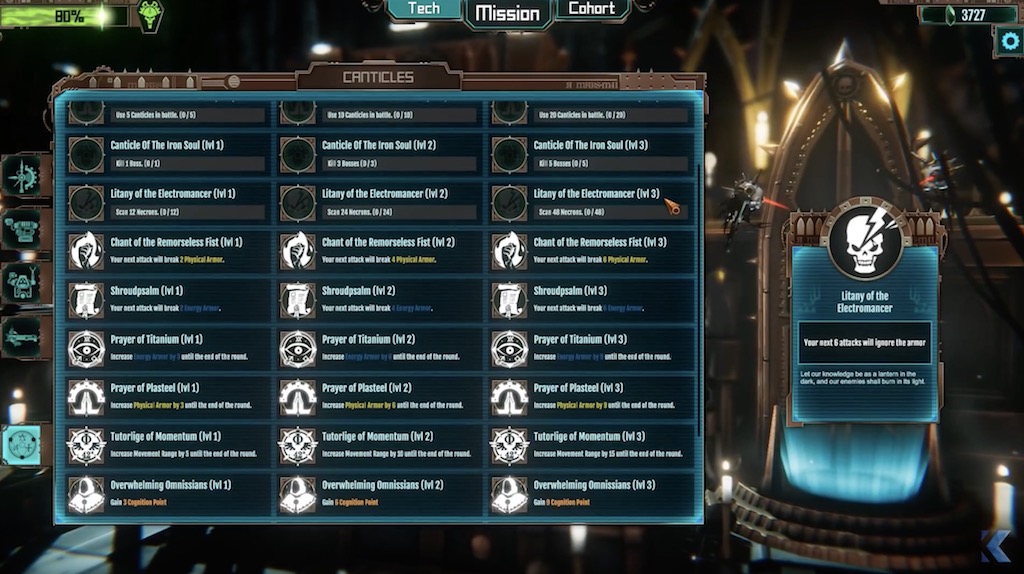 Scanning 12 Necrons, for instance, unlocks the Litany of the Electromancer, which–as you level it up–allows your attacks to ignore armor. I love mechanics like this–these are one time boons (per mission) that will help you turn the tide against these heretical robots, because the Omnissiah wills it. 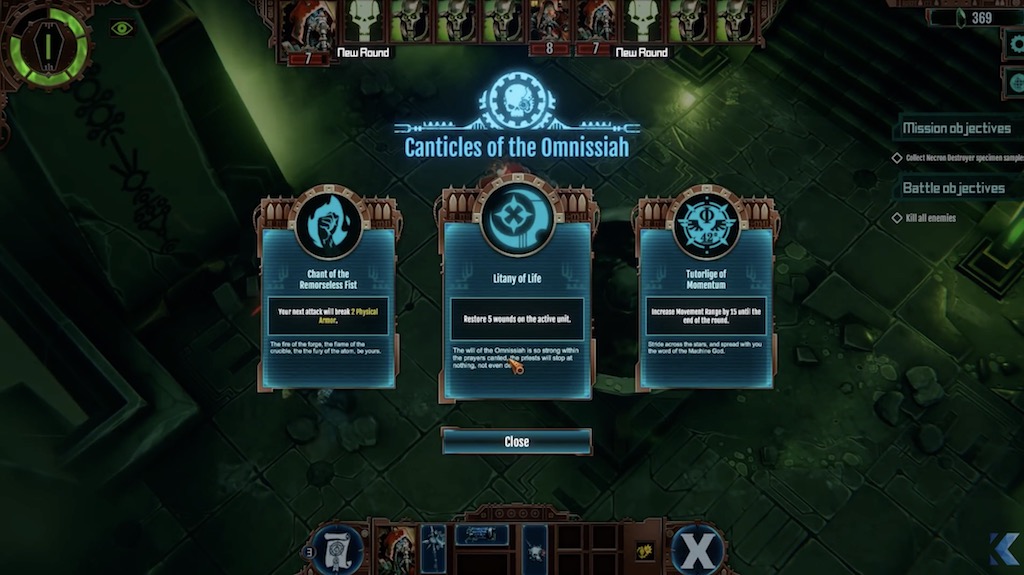 You don’t often see a mechanic like this–the last time I can think of seeing this was in the original Mass Effect. But here it is. This is just a taste of the kind of customization available to you in the full game. The game is due out in a little over a week–so stay tuned, we’ll be keeping you up to date as launch day nears.

Plus you can mix and match disciplines to create the ultimate Tech Priest–this game’s X-Com hooks have got me good, but what do you think, BoLS readers? Looking forward to this one? Let us know in the comments!