Goatboy here and it looks like Orks pulled out a win at the Renegade Open with the new codex. Let’s see how the Greenskins did it.

The tournament allowed the new book and the gentleman Steve Pampreen took the army to task and whupped on some ummies and pointie eared jerks.  The army was a pretty good blueprint for an Ork army with a lot of Boyz, some Lootas, and “tricks” to keep the opponent guessing. Here is the list and some thoughts on it. 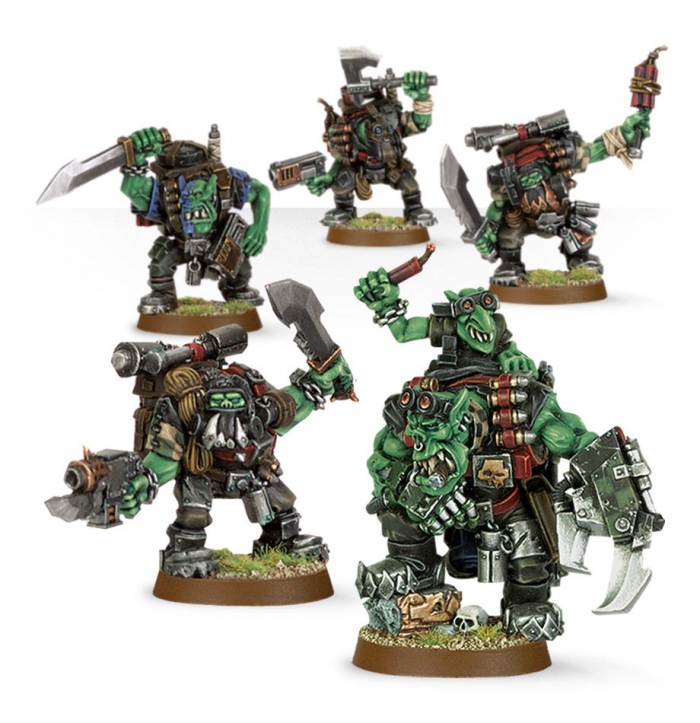 So as you can see – it has a lot of bodies, spells to cast, and a Loota star protected under a 5+ Inv save, FNP, then Grot Shield.  Of course this is pre FAQ so you got to roll your Inv/FNP saves first and then shot them over to Grots etc.  I still think it works fine in the new FAQ as it will eliminate some of the crazy rolling and still let you protect them Lootas.  But as you can see you mob up the lootas, get them murdering things as needed with Strats, and throw Boyz at the enemy as needed.  I really like the shoota boyz as it gives you something to always do as you can advance them with the Evil Suns Kulture and hopefully get into range.  The Kommandos allow you to pop up all over the place.  The Burnas are there from the Index as well as allowing your Nob to not have a PowerKlaw.

Of course you are wondering why they are not Blood Axes?  Well with a unit you want to charge your enemy with – having an 8 inch charge vs a 9 inch charge is too powerful to pass up.  I think the +1-+2 for charges are really what set Evil Suns apart from some of the other armies.  The Bad Moons ability to double shoot a unit is why they will be seen in a lot of army lists.  In fact this triple Battalion feels right at home with what you might see.

~Big congrats to Steve for winning with the Orks and I look forward to the upcoming season being overrun with Greenskins.