Geekery: ‘The LEGO Movie 2 – The Second Part’ Gets Intergalactic

The iconic plastic toys and tongue in cheek humor returns next year with new characters, an unlikely hero, and a dust filled dystopian setting… that’s also bright and cheery. It also makes fun of everything… this is going to be great.

The LEGO movies have been better than they have any right to be given that they’re a bit of a money grab. The writers and animators take full advantage of every licensed property they have at their disposal to create movies filled with self referential and pop culture humor that don’t feel stale and appeal to all ages. And the voice cast they’ve pulled in is just fantastic. Will Arnett is Batman, damnit.

In the first movie Emmet Brickowoski and his rag tag band of heroes had to defeat the danger of glue making their world static. This time they’re dealing with an alien invasion…

The citizens of Bricksburg face a dangerous new threat when LEGO DUPLO invaders from outer space start to wreck everything. It’s now up to Emmet, Lucy, Batman and their friends to defeat the giant marauders and restore harmony to the LEGO universe. 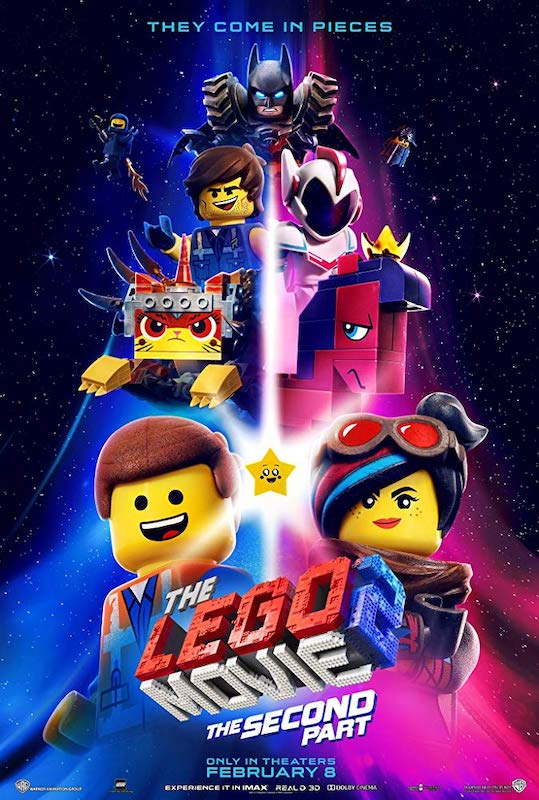