40K: Necromunda Gets An Update And FAQ 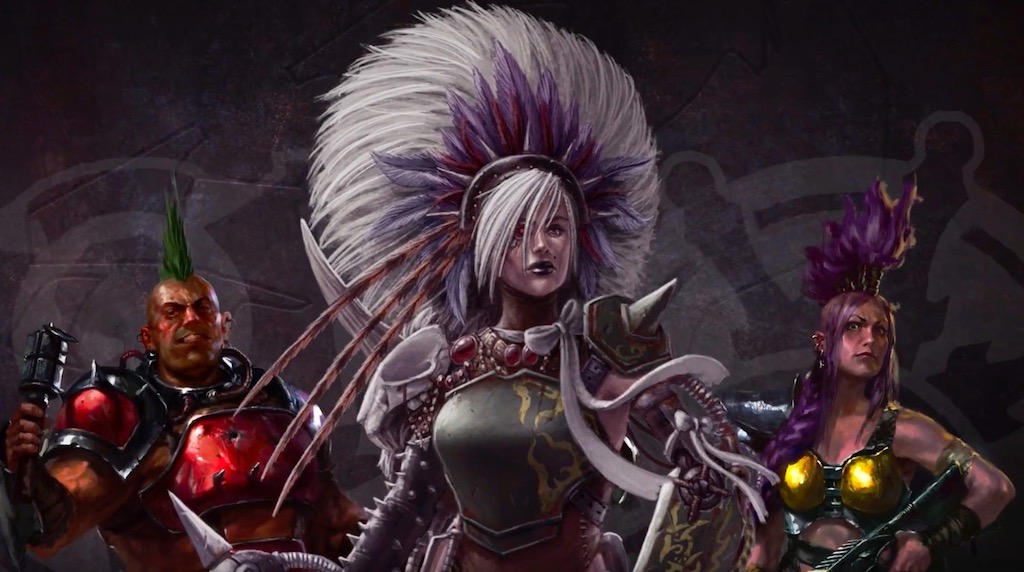 Guess the Underhive FAQtories are running at full steam, because alongside the new Rulebook and Gangs of the Underhive, Necromunda has been officially upgraded, patched, and errata’d.

Now that Necromunda has seen the release of all of the core gangs, rules, and datasheets, it feels like it’s the game it wanted to be a year ago. And with that in mind, GW has released errata and updates for the game, to give it a fresh set of clarifications for how the new rules interact with one another.

Violently, for the most part

Most of the errata are simply that–things that ought to have been there in the first place are added. There are a lot of combi-weapons who have their stats adjusted to match the way they should actually be playing. And certain actions like Charging and Crawling have been clarified. 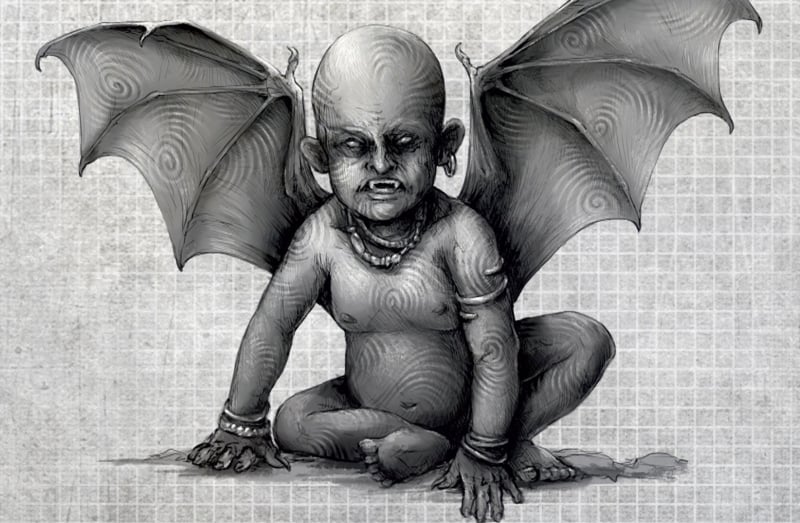 There are 7 pages of Errata altogether, and while we’re not going to take you through them one by one,  we’ve got a few of the highlights below, followed by a link to the new FAQ as it stands. So whether you’re running a gang of Delaque spies and sinister shadow agents, a Gang of beefy Goliaths, reliving the glory days of the ’80s with House Escher, pretending like you have access to the munitorum with the Van Saar, piling on filth and fire with the Cawdor, or trading Tame Impala opinions with the craft-brew enthusiasts out of House Orlock, you’ll want to check this out. 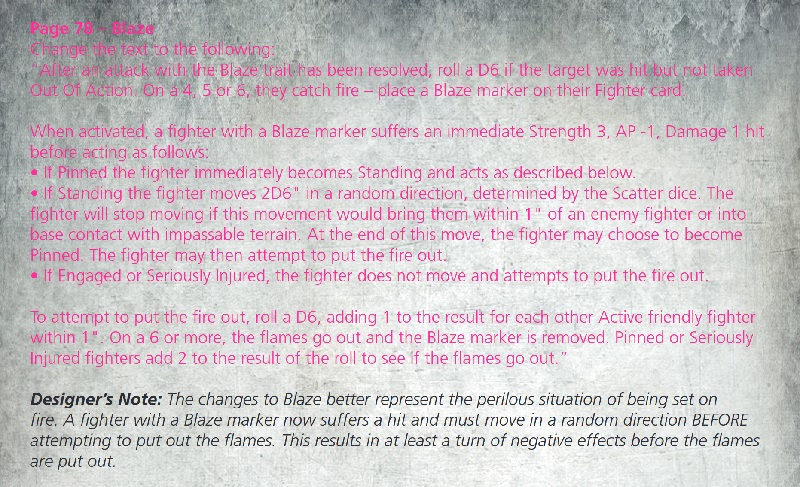 Though the magenta is incredibly difficult to read on the textured grey background, the gist of the changes here are that being on fire is now a bad thing. You move in a random direction, take a hit, and then can do things as you run around trying to stop being on fire.

Chem-Synth pointedly no longer requires an action. So you can juice up your chem weapons a little more frequently (even if it does now require an Int instead of Cool test). 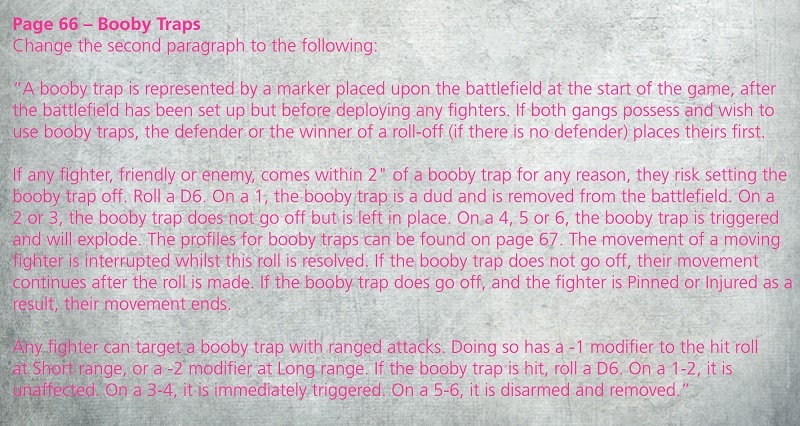 And then of course there’s my favorite, Booby Traps, which are just the best–because everyone forgets about them right up until it’s too late. That goes for both players. With Booby Traps it’s just a race to see who gets hoisted by which petard first.