Dice Masters is a series of games with tons of expansions. Each expansion of the game follows the same rules, meaning they can all be mixed and matched to your heart’s content. If you’re new to Dice Masters, we covered it in more detail, earlier this week. But for now, let’s take a look what’s inside the box!

Dice Masters is a competitive 2-player game which features dice rolling mechanics. Crazy, I know. In a super slimmed down recap of the rules, players are both rolling dice which they use to buy better dice, make their attacks, make their defenses and activate abilities. The goal of each player is to knock the other down to 0 health. 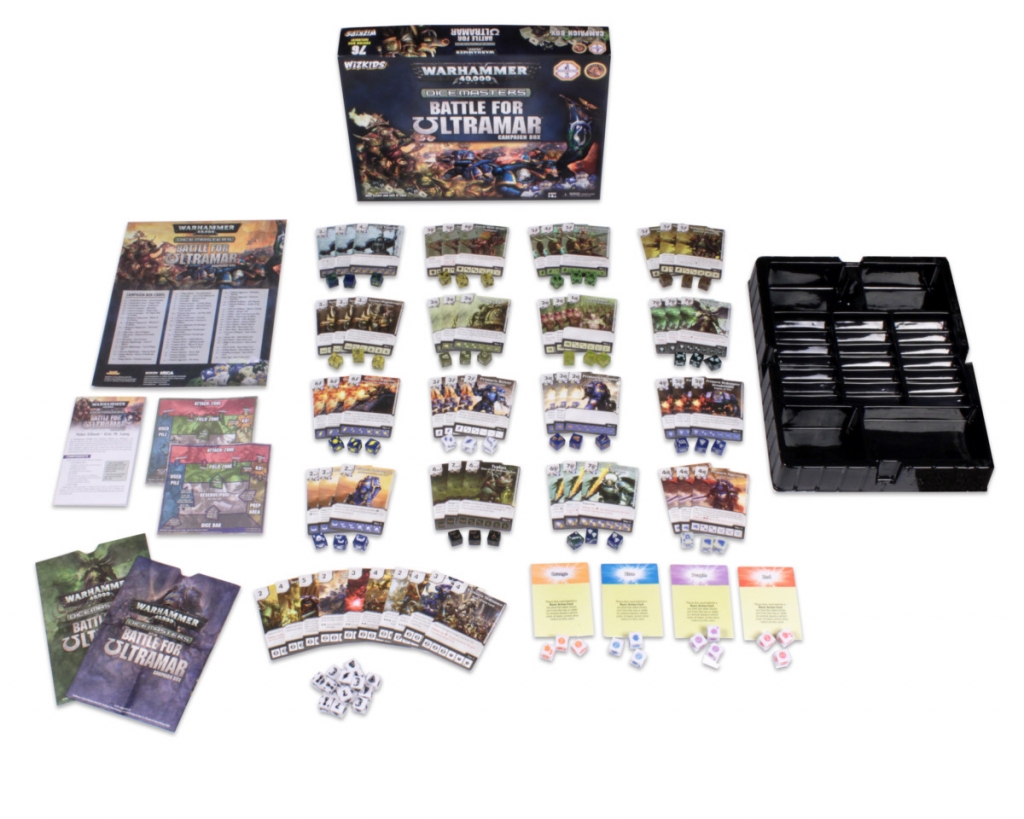 The box comes with everything you need to start playing. But there are also 2 smaller expansions for Orks and Space Wolves. 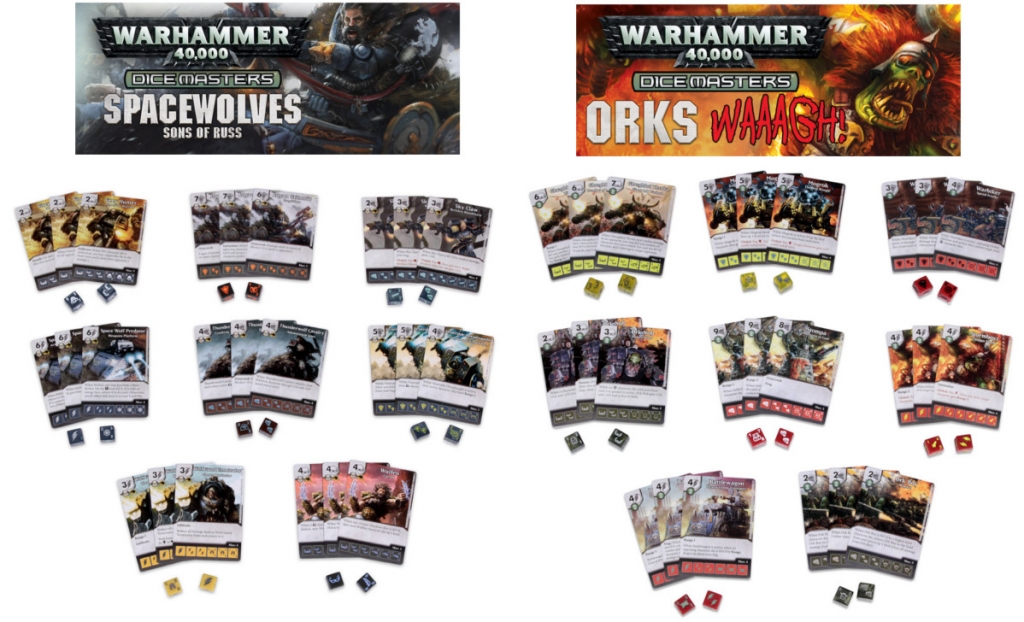 The real fun, in my mind, comes from the combining of Dice Masters sets. There are tons to choose from and I, for one, would love to pit Mortarion against The Dark Magician from Yu-Gi-Oh! 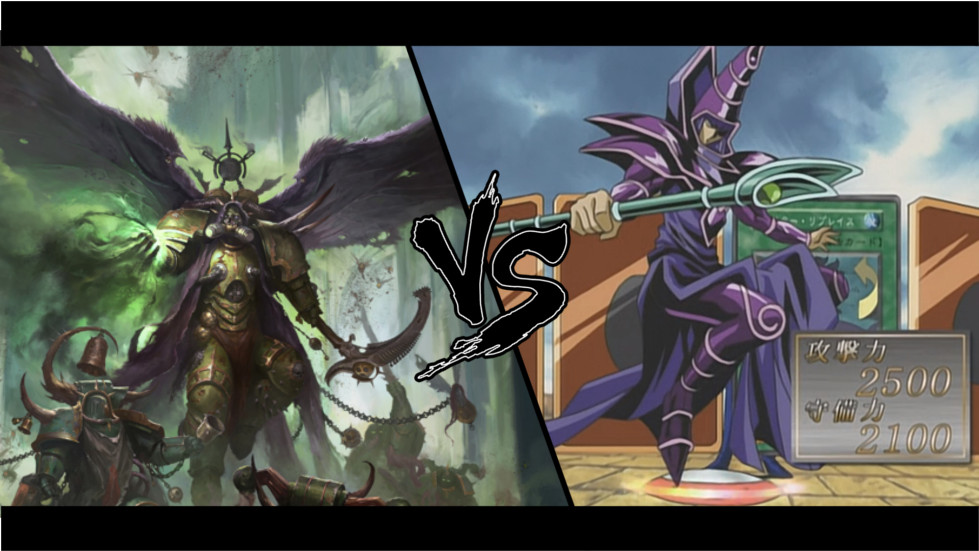 I mean… 2500 Attack versus 8 Strength. I think the winner is pretty obvious.