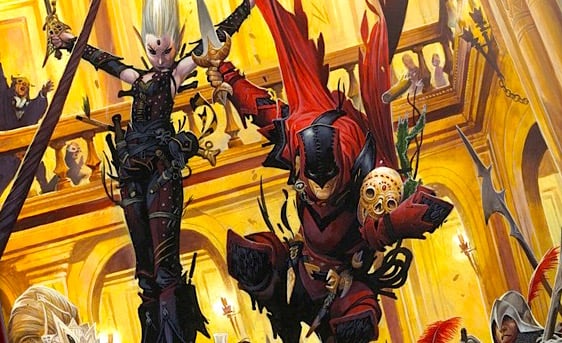 What’s the best thing to put in a pocket if you’re on your way to a Pathfinder game? Probably one of these Ultimate Rulebooks that have been conveniently pocket-sized…

Two more pocket Pathfinder guides, all updated with the latest rules and erratas are out now in stores (and will be out later this month on PDF), which means that right now you can get your hands on the following. There’s the Ultimate Campaign guide, which is a resource for putting together both a campaign or an open world where players can go on quests or start their own business or farm. And if you want to add in a little more betrayal, there’s Ultimate Intrigue, which definitely isn’t what your players want in order to try and supplant the power behind the throne, why would you think that. 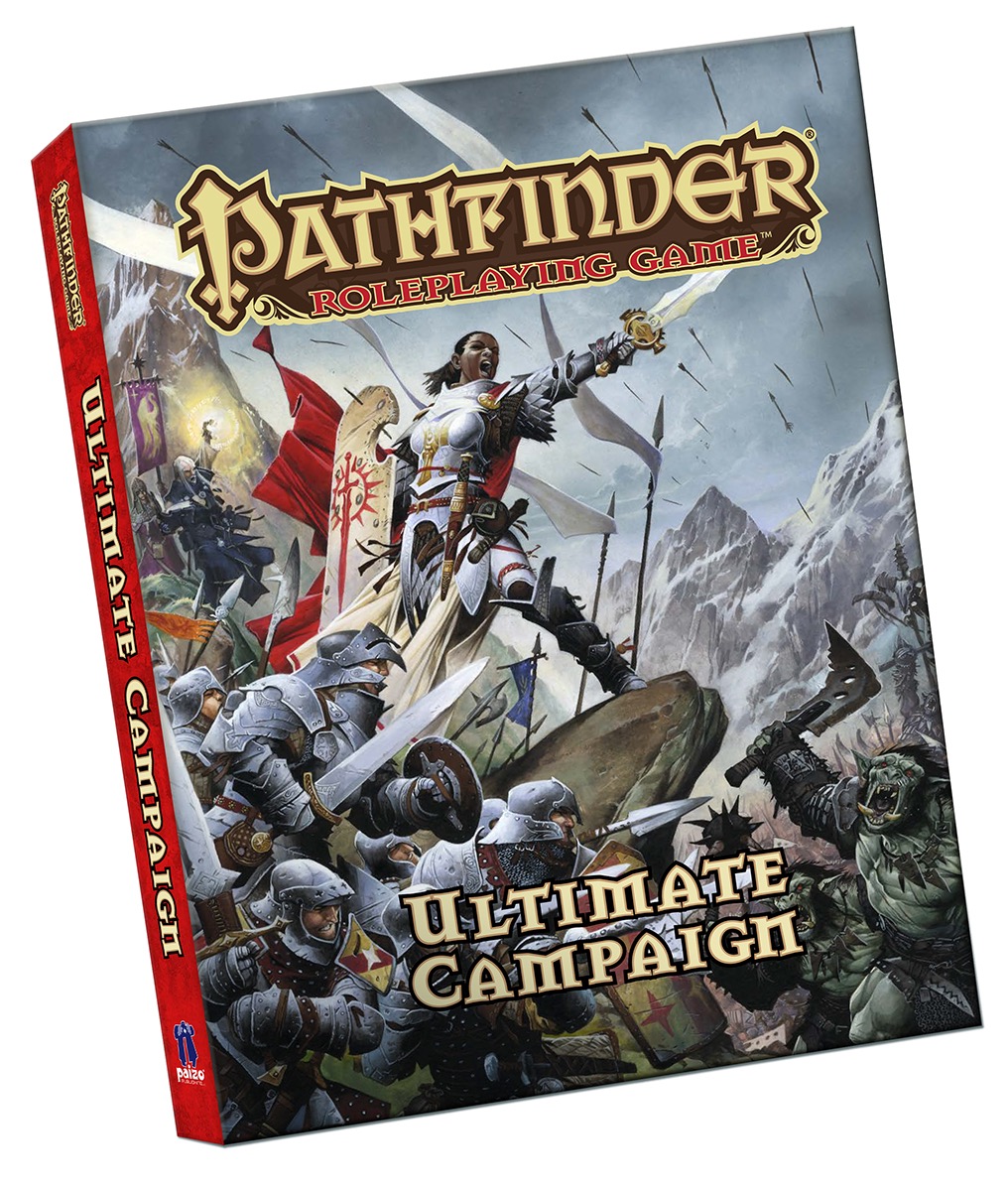 Take charge! Where the dungeon ends, another adventure begins! Pathfinder Roleplaying Game: Ultimate Campaign takes you on a guided tour through the parts of the game that happen between monster attacks and quests for ancient artifacts. As some of the most powerful and prestigious heroes around, do your player characters want to build up a kingdom of their own, or lead an army against a neighboring nation? Perhaps they want to start a business, craft magic items, or embark on a quest that will come to define them. Whether you’re looking for help generating a young character or seeking ways to challenge adventurers who’ve grown bored of fighting monsters one-on-one, this book has everything you need!

Pathfinder Roleplaying Game: Ultimate Campaign is a must-have companion volume to the Pathfinder Roleplaying Game Core Rulebook. This imaginative tabletop game builds on more than 10 years of system development and an open playtest featuring more than 50,000 gamers to create a cutting-edge RPG experience that brings the all-time best-selling set of fantasy rules into a new era. 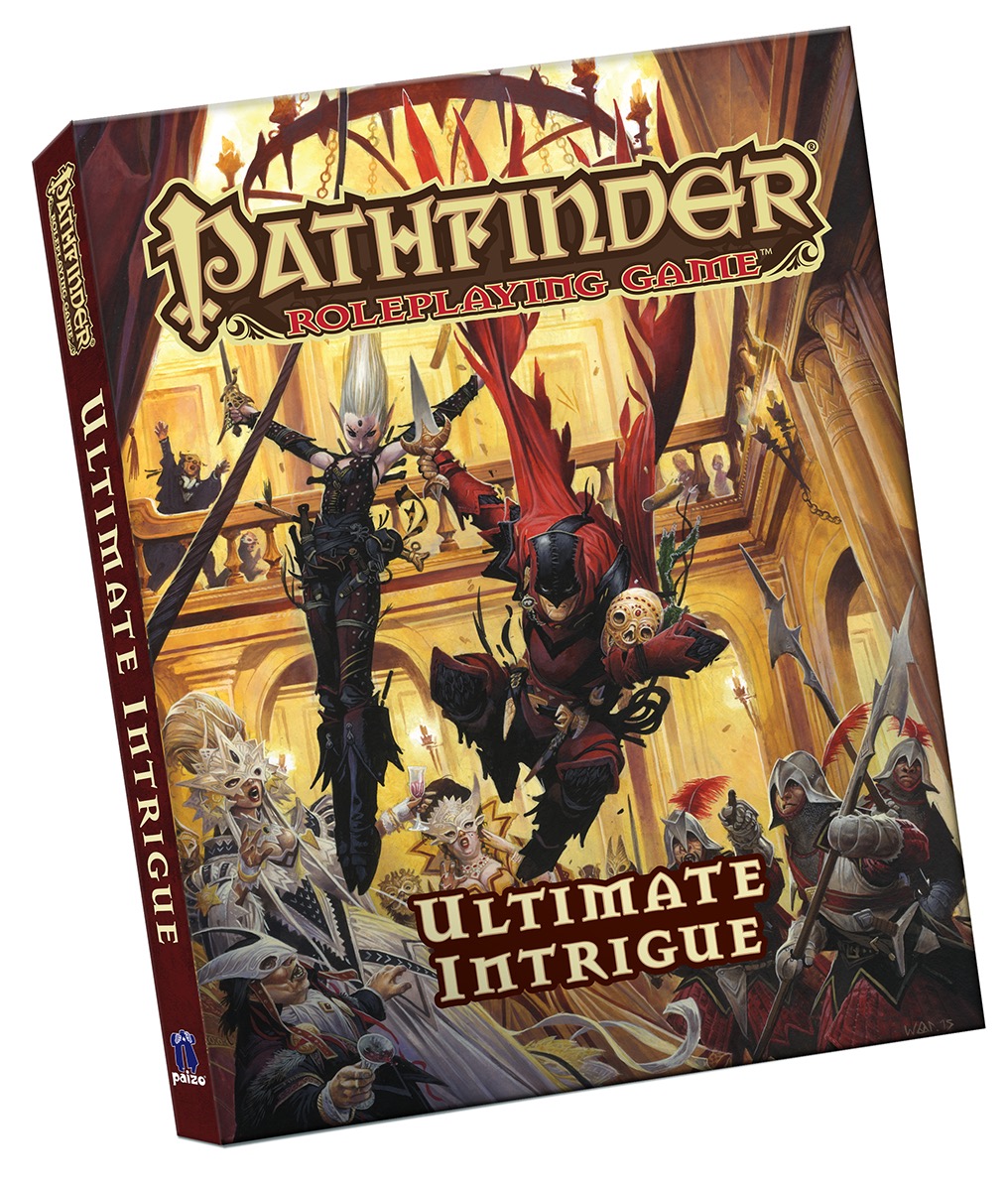 In the right setting, a single scathing word can prove deadlier than a poisoned dagger. Behind the scenes of heroic battles and magical realms lies a seething underbelly of danger and deception. This world of intrigue holds endless possibilities for adventure, as heroes duel with words instead of steel, plot daring heists, and engage in battles of wills against relentless nemeses. A high-stakes game of shadows and secrets is yours to master—if you have the wits!

Whether the heroes are taming the blood-soaked back alleys of their favorite metropolis or jockeying for the queen’s favor alongside highborn nobles, Pathfinder RPG Ultimate Intrigue is an invaluable companion to the Pathfinder RPG Core Rulebook. This imaginative tabletop game builds upon more than 10 years of system development and an Open Playtest featuring more than 50,000 gamers to create a cutting-edge RPG experience that brings the all-time best-selling set of fantasy rules into a new era.