Let’s talk about why the idea that all of the Primaris Chapters don’t quite work.

When Primaris Marines were introduced at the start of 8th the way they were fielded was described in a couple of ways. In Dark Imperium, it’s stated that half the new Primaris Marines were formed into their own, new chapters, the Ultima Founding. The remaining half were formed in a group called the Unnumbered Sons, or the Gray Shields. The Marines from this group were fielded as their formations at first but were later used to reinforce existing chapters or to form all new ones later on. Due to this, we can see the fluff shows there is a large number of all Primaris Chapters out there. The idea and functionality of an all Primaris chapter, however, makes little sense currently. Let’s talk about why.

What Is a Chapter 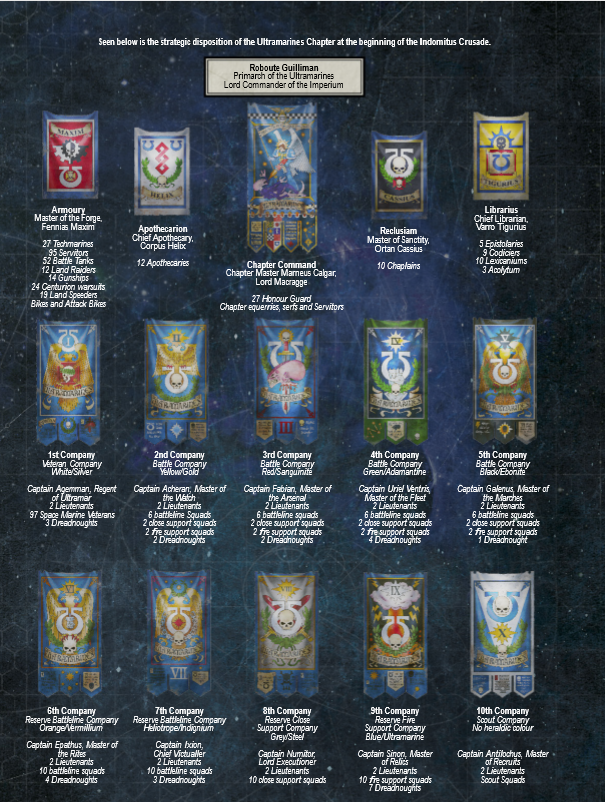 A Space Marine Chapter as classically laid out in the Codex Astartes, by Guilliman himself, is a self-sufficient formation of roughly 1000 Space Marines. The Chapter is divided into 10 Companies of approximately 100 Marines. I say approximately because the companies are usually 100 “grunts” with some handful of additional support/command. You can see above that at the start of the Indomitus Crusade the Ultramarines 2nd Company had 105 members (assuming the ten squads were at full strength). Companies are further subdivided into 10 squads each with ten members. According to the Codex: Space Marines, Guilliman’s recent revisions to the Codex also allows for Companies of 20 5 man squads. 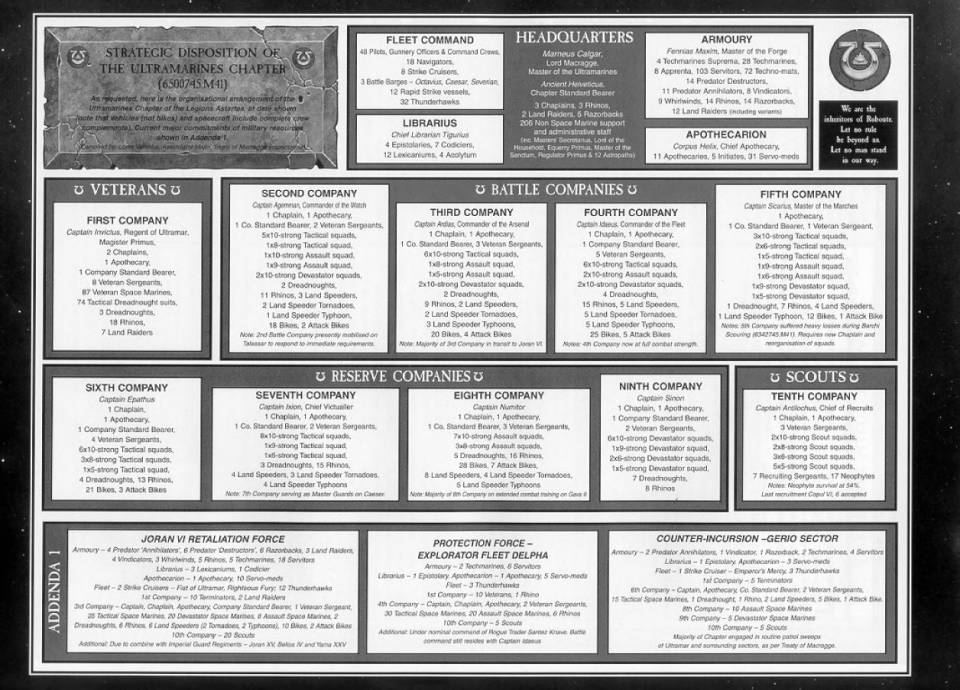 In a normal Chapter organization, the 1st Company is the Veteran Company, which can also use Terminator armor. The 2-5 Companies are designated battleline, and do the brunt of the fighting. 6-9 are Reserve Companies that tend towards more specialist roles. The 10th Company is the Scout Company and also actions as the training group. In addition to the 10 Companies, each Chapter has a leadership group and motorpool of varying size. The Ultramarines seem to have about 100 members of their command group. It’s not always clear if the pilots and crews of the motor pool vehicles are counted in the other companies or are their own group. With all that added together, the Ultramarine “1000” Actually looks closer t0 1200-1400 depending on the motor pool. 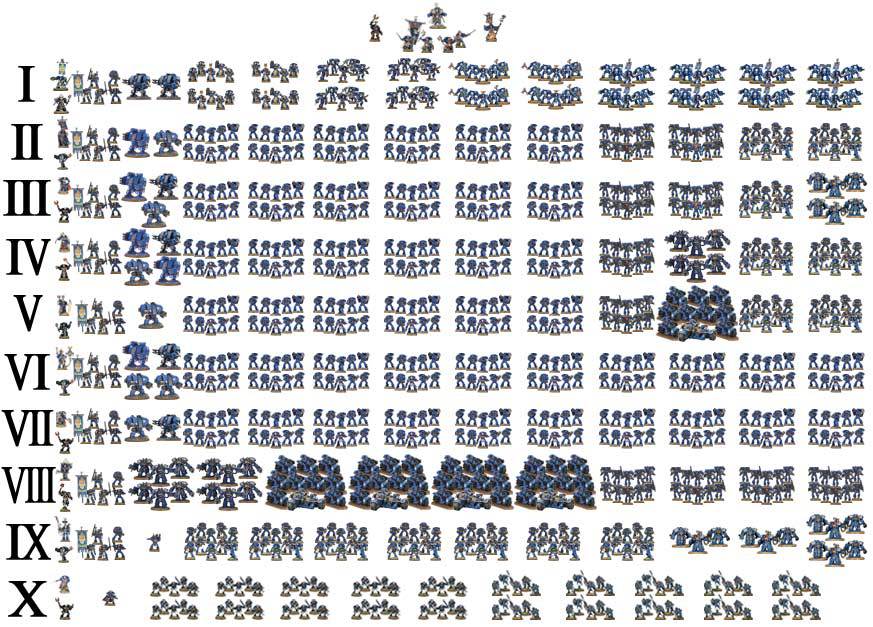 The point here is that a Chapter is a large and complex organization. Chapters are meant to be self-sufficient. A Chapter often is not only responsible for its world , but many nearby worlds. Aside from defense Chapters are called to send forces to every corner of the Imperium to fill many different roles. Not only are Chapters supposed to be self-sufficient, but so are most of the Companies, certainly the battleline ones. The deployment of a whole Company, let alone Chapter, is supposed to be a rare occurrence. However, when deployed in part or in full, Chapters are meant to have the tools at hand to meet almost any need.

How Many Primaris Chapters?

So this brings us back to Primaris Chapters. The Unnumbered Sons were said to be used in 9 Legion sized formations. This would argue for around 900,000 of them (a seemingly considerable number but small on a galactic scale). If that was only half of the total number of Primaris Marines and the other half was split into their own chapters, that would imply the Ultima Founding made about 900 new Chapters at the 1000 man size. If we assume Chapters are around 1300 strong, then we are still looking at roughly 700 Primaris only Chapters, plus an unknown number formed during the Indomitus Crusade. That’s a lot of Chapters. Since the Ultima Founding was overseen by Guilliman, we can assume that all the Chapters from it followed the revised Codex.

Let’s look at the Primaris units we currently know of…

That’s the current line up. We also know the Primaris have a heavy transport/flyer. We know we are also getting Eliminators, new heavy weapon units and some characters, maybe more, but its not clear if these are existing units that just have never been mentioned in any of the fluff or are new units just being deployed. For now, we will discount those. As far as we can tell from fluff or rules, Primaris Marines cannot or do not use any of the existing Space Marine Vehicles or support items like bikes or centurion armor. 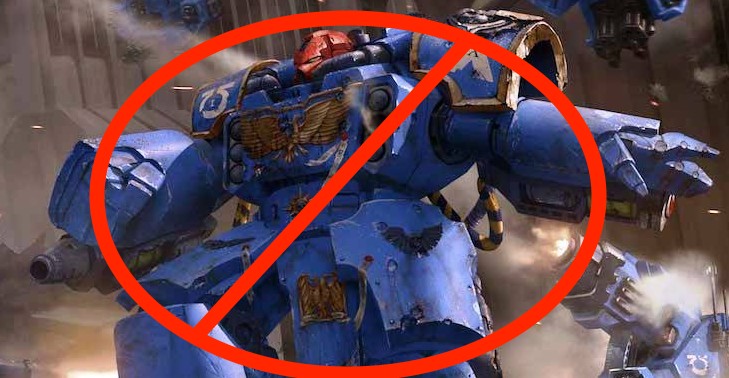 So looking at the lineup, how is an all Primaris  Chapter supposed to work? The Primaris lineup doesn’t map on the Company system well at all. Worse: this is a Chapter that would lack any real assault elements as well as any non-vehicle mounted heavy weapons. In fact outside of the Repuslor and the flyer it wouldn’t have any real anti-tank weaponry, relying on plasma-weapons is not great for heavy armor. If a Primaris Chapter needs to make a quick assault what does it use? Reivers? The Primaris units are the opposite of self-sufficient, all of them rely on mutual support, and rely on the support of classic marines who bring heavy and support weapons to the table, as well as assault elements. 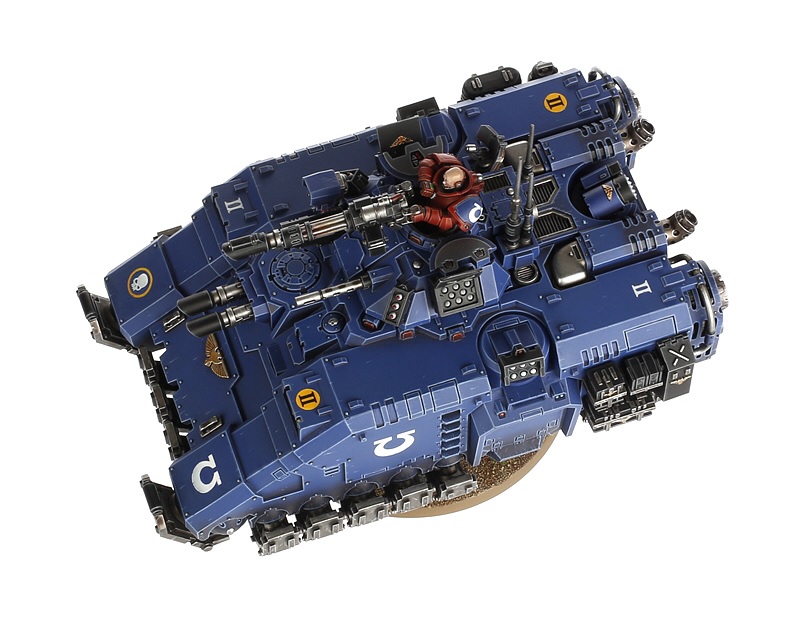 And what about the motor pool? Currently, we haven’t heard anything about a Primaris Tech-marine. Without one who is running the motor pool and fixing things? Even if they exist, what vehicles is this chapter using, Repulsors only? That extremely limiting.

The current Primaris lineup just doesn’t have the flexibility to work on as a Chapter. What happens if the mission needs AA support? You’re stuck with light AA weapons on the Redemptor and Repulsor. What if you need air support? You only have one heavy transport to call in. Indirect fire? None of that. Fast scouting or hit and run unit? Not really. Heavy Close Combat? Nope. Battle Tank that doesn’t need to be a transport? Nope. Long Range Fire Support? Never heard of it. Heck, where do new Primaris recruits do their training? Think about deploying 3 Intercessor Squads on a mission. The first time they run into enemy armor they are screwed. Basic Marines have a vast and often redundant lineup, but they have flexibility and the tools to function on their own. Primaris simply don’t, and due to that, I can’t see how Primaris only Chapters work at all.

Let us know if you think Primaris Chapters can work, down in the comments!