Bursting onto the scene like a behemoth crashing through industrial ferrocrete in the midst of frighten hive gangers, comes the Dreaded Ambull into Necromunda.

Which, coincidentally, is exactly how the Dreaded Ambull is making its debut. With a fresh set of rules for Necromunda, the boring beast makes its way from the impossibly ancient halls of the Blackstone Fortress to the crumbling terrain of the Underhive. And since the realm of Necromunda already has a Mechanical Ambull, affectionately known as the Ambot, it seemed perfectly natural to put the Living Ambull against its machine counterparts. 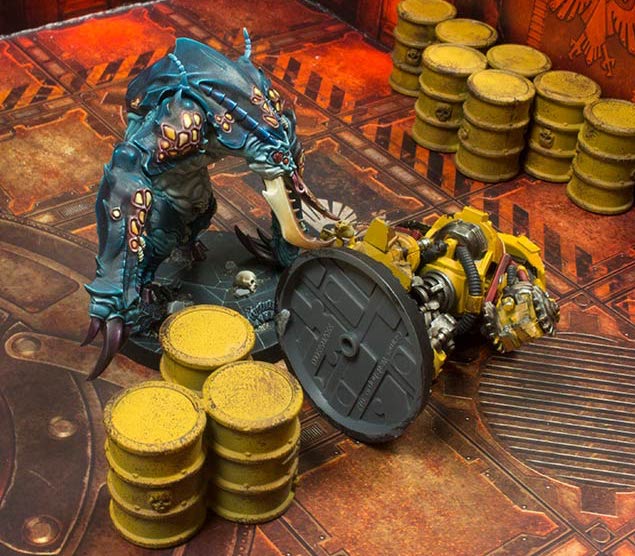 Which I guess makes this a reverse John Henry. I don’t know if it says more for the Ambull’s qualities or the Ambot’s deficiencies, but even vs. two Ambots, the Ambull tore through them like a massive Umber Hulk through a party of low-level adventurers. How exactly does it handle though? 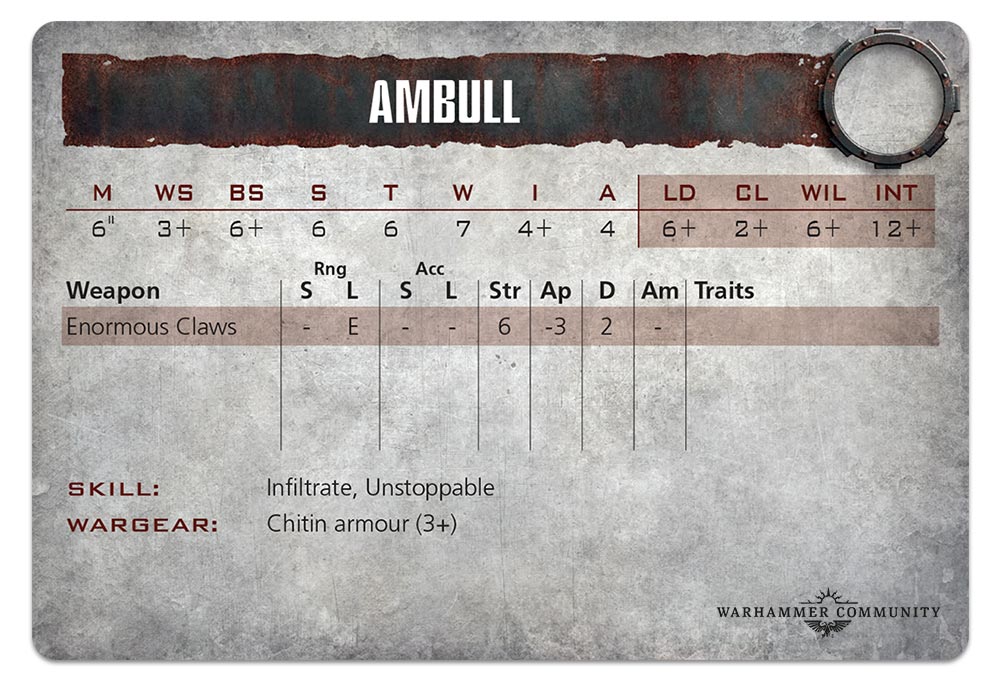 Like a disgustingly resilient titan. There are also rules for the Borewyrms that accompany it, should you wish to field the Ambull in your games of Necromunda as well. 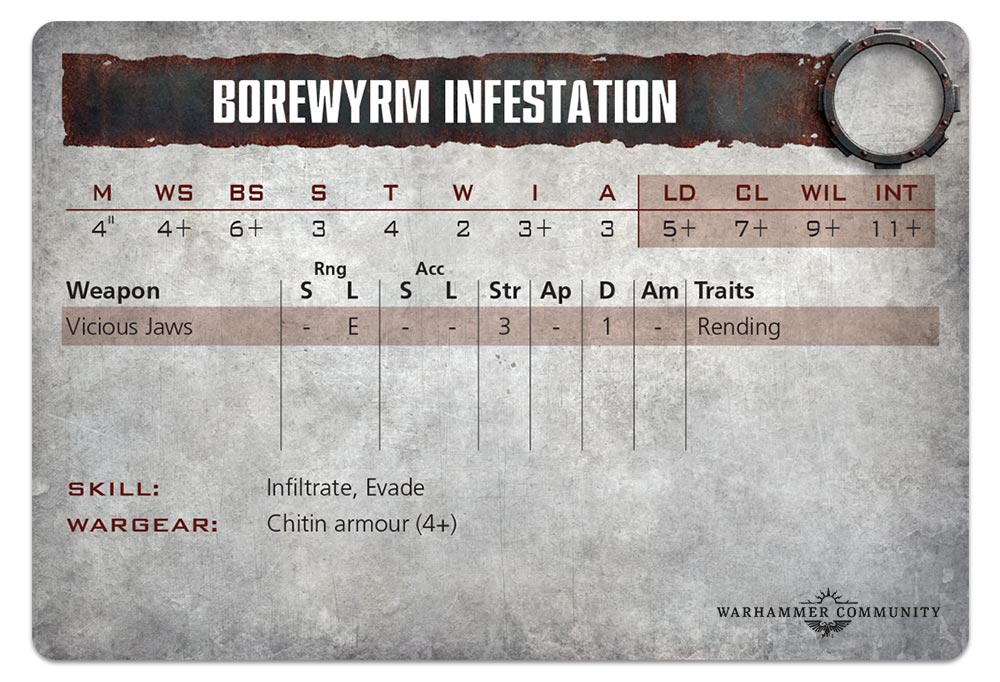 There’s a new scenario included along with the release of the rules, which is an update to the Monster Hunt Scenario that lets heroes square off against the Ambull–though you’ll want to field your most experienced gangers against this beast. It’s incredibly tough.

It’s only a matter of time before the Ambull comes crashing into all your other 40K arenas. It’s already in Blackstone, already in 40K proper, now it’s in Necromunda. How long before it’s in Kill Team? Before it makes an appearance in Battlefleet Gothic? Is there anywhere that’s safe from the Ambull?

We doubt it. We’re pledging allegiance to our tunneling overlord right now–and it’s not too late to join in.

Where do you think the Ambull will turn up next?