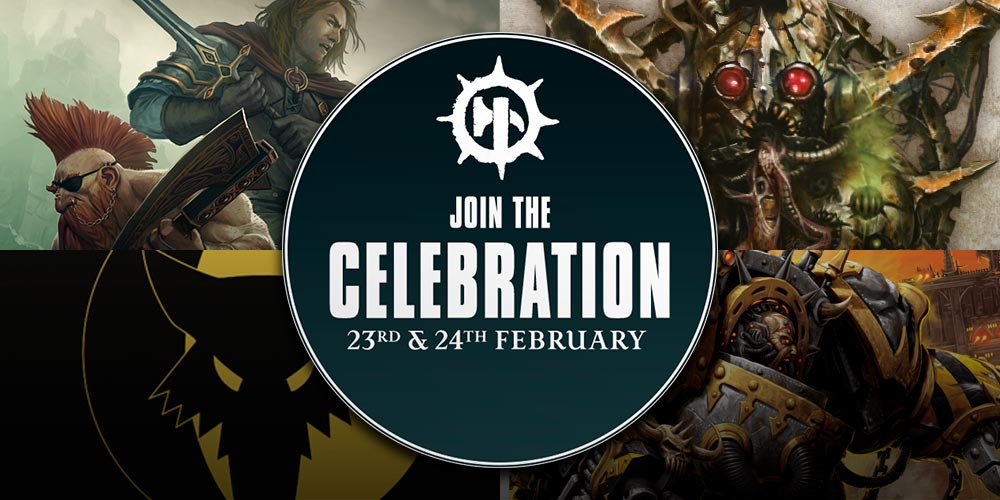 Here’s what’s going down at the Black Library Celebration, chock full of new books, short stories, audiodramas, and more, set to bring you further into the worlds of Warhammer.

There’s a lot to dive into, so let’s just jump right in: 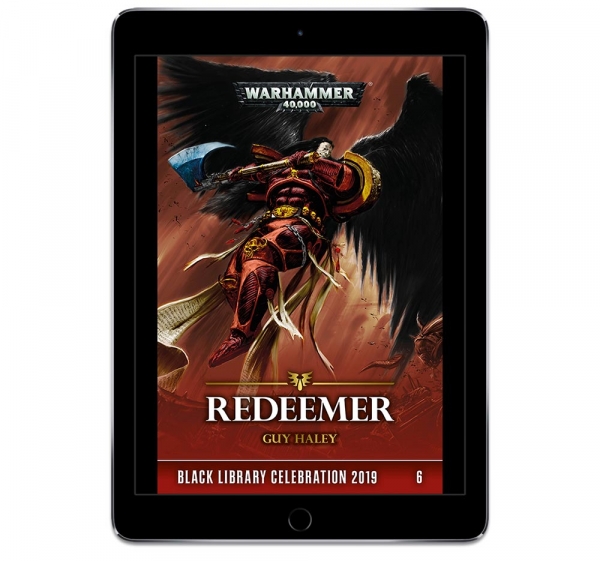 High Chaplain Astorath of the Blood Angels travels to the world of Asque, where a brother of the blood has succumbed to the Black Rage. It falls to the Redeemer of the Lost to find and end the lost warrior, and to complete the mission he began.

READ IT BECAUSE
Astorath is one of the most terrifying and fascinating heroes of the Blood Angels, and this tale shows him about his grisly work, and delves into exactly what it takes to be the one to end the suffering of his cursed and tortured brothers.

THE STORY
As High Chaplain of the Blood Angels, it is the role of Astorath to bring peace to those of the blood of Sanguinius who have fallen victim to the Black Rage. Wherever they are, whatever their mission, when the curse takes them, Astorath will come. He comes now to the world of Asque, a place of towering fungal forests – and nightmares. A force of Blood Angels have saved the people of Asque from the grip of monsters, but one among them has been gripped by madness. Astorath must hunt and bring peace to this benighted warrior, as befits the Redeemer of the Lost. 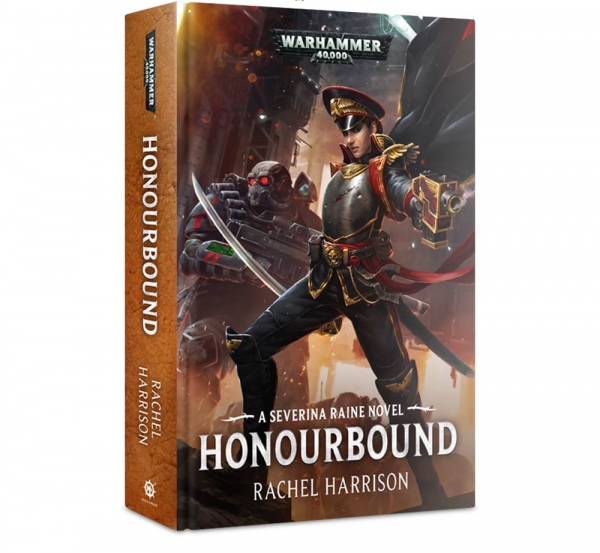 Honourbound is the debut novel by Rachel Harrison. This is a story of Astra Militarum Commissar Severina Raine and her regiment, the 11th Antari Rifles.

The novel sees the Antari face their arch-enemies, the cult known as The Sighted, in a tense confrontation. But the followers of Chaos know many hidden secrets, some of which may shine a light on Raine’s own past. Can she stay true to her oaths and the Emperor and guide the Antari through the trials that await them? 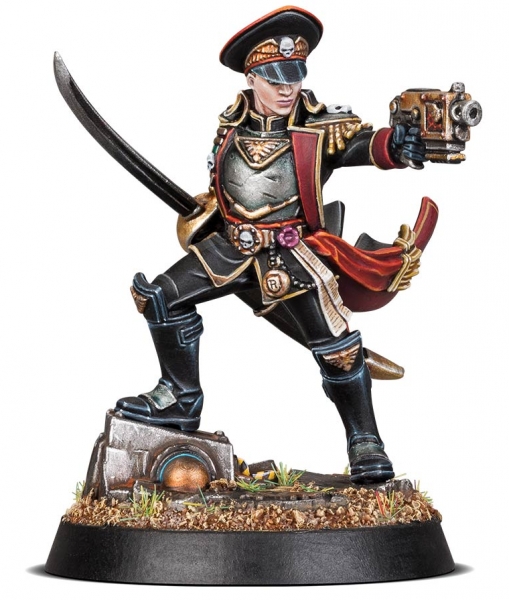 You can also pick up your very own Severina Raine, in miniature form. Based on the cover art from Honourbound, the miniature is a fantastic depiction of Raine in action and comes complete with rules to use her in games of Warhammer 40,000. If you want to use Raine as the basis of an army, check out our look at the building blocks of just such a force. 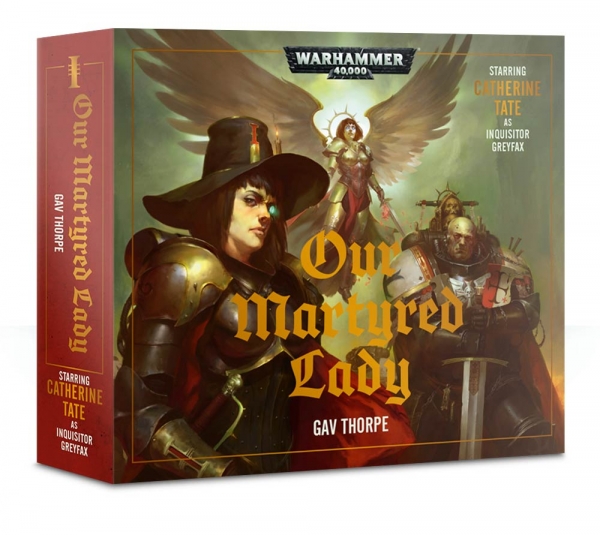 The galaxy has changed. The Imperium is divided, and a primarch has returned – and the Ecclesiarchy, the great Imperial church – is close to civil war. Only Saint Celestine – with the aid of Inquisitor Greyfax – can stand in the way of this disaster.

LISTEN TO IT BECAUSE
Two of the biggest heroes of the Dark Imperium – Saint Celestine and Inquisitor Greyfax – join forces to stop one of the most important Imperial organisations from falling into civil war in an epic four-part audio saga starring none other than Catherine Tate!

THE STORY
During the turbulent Reign of Blood, a great schism in the Imperial Ecclesiarchy threatened all of Terra and promised a darkness to rival the terrors of Old Night. Fell times have come again to the Imperium and a War of Faith appears inevitable. Standing in the way of catastrophe is Celestine, the Living Saint and one of the greatest heroes of the age. Only she can reunite the warring factions of the Ecclesiarchy and prevent a second Reign of Blood. Together with the Inquisitor Greyfax, Celestine and her allies must hunt across the shrineworlds of the Imperium and beyond to root out the evil behind the schism and burn it out with righteous, cleansing flame. 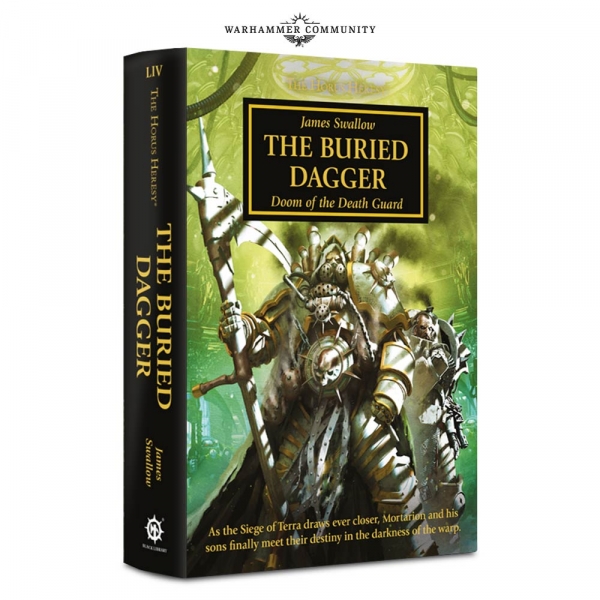 For long years, the Horus Heresy has ground on. Now, the Death Guard have been sent to begin the final battle. But Mortarion and his sons must face their gravest challenge first – for Nurgle has claimed them as his own, and he will not be denied…

READ IT BECAUSE
After 54 books, the bestselling series is finally drawing to a close with a long-awaited story – the fall of the Death Guard into Nurgle’s embrace as they make their way to start the Siege of Terra.

The skies darken over Terra as the final battle for the Throne looms ever closer… As the Traitor primarchs muster to the Warmaster’s banner, it is Mortarion who is sent ahead as the vanguard of the Traitor forces. But as he and his warriors make way, they become lost in the warp and stricken by a terrible plague. Once thought of as unbreakable, the legendary Death Guard are brought to their knees. To save his Legion, Mortarion must strike a most terrible bargain that will damn his sons for eternity. Meanwhile, in the cloisters of Holy Terra, a plot is afoot to create sedition and carnage in advance of the Horus’s armies. Taking matters into his own hands, Malcador the Sigillite seeks to put a stop to any insurrection but discovers a plot that he will need all of his cunning and battle-craft to overcome. 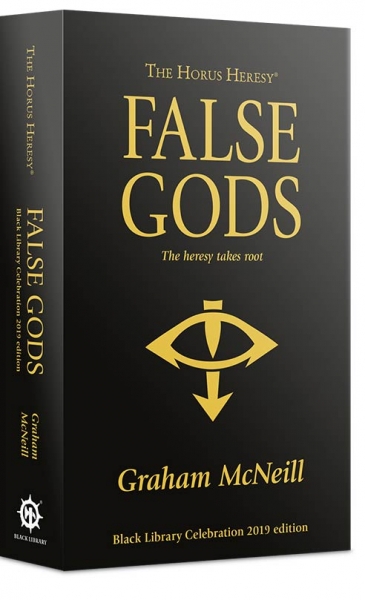 The Great Crusade that has taken humanity into the stars continues. The Emperor of Mankind has handed the reins of command to his favoured son, the Warmaster Horus. Yet all is not well in the armies of the Imperium…

READ IT BECAUSE
The seeds of Horus’ betrayal are planted here, and the true nature of the universe revealed. Also, one of the Warhammer 40,000 universe’s most reviled villains, Dark Apostle Erebus of the Word Bearers, reveals his true colours, and becomes the Space Marine you love to hate…

THE STORY
The Great Crusade that has taken humanity into the stars continues. The Emperor of mankind has handed the reins of command to his favoured son, the Warmaster Horus. Yet all is not well in the armies of the Imperium. Horus is still battling against the jealousy and resentment of his brother primarchs and, when he is injured in combat on the planet Davin, he must also battle his inner daemons. With all the temptations that Chaos has to offer, can the weakened Horus resist?

GW Daemon Engine: Anyone Have Some Matches?