Lets take a look at a powerful Deathwatch army built to take advantage of the new bolter rules.

We’ve been talking a lot about the new Better Bolter Beta rules since they were released. There is a really good reason for this, the rules are one of the biggest shake ups to the games, and Space Marines in particular in in the last year. They’ve fundamentally changed how some Marine (and heretic) units work. Couple this with sweeping point changes from Chapter Approved and new detachment abilities from Vigilus and you’ve got a lot of new things to try out. I already wrote about some of the units that were big winners, and out of those the Deathwatch Veterans has really grabbed my attention. I’ve been thinking over these guys a ton the past week, so much so that I had to write up a list using them. It’s the first time I’ve felt really inspired to try to figure out a powerful list in a while. I wanted to share what I’ve come up with, so lets take a look. 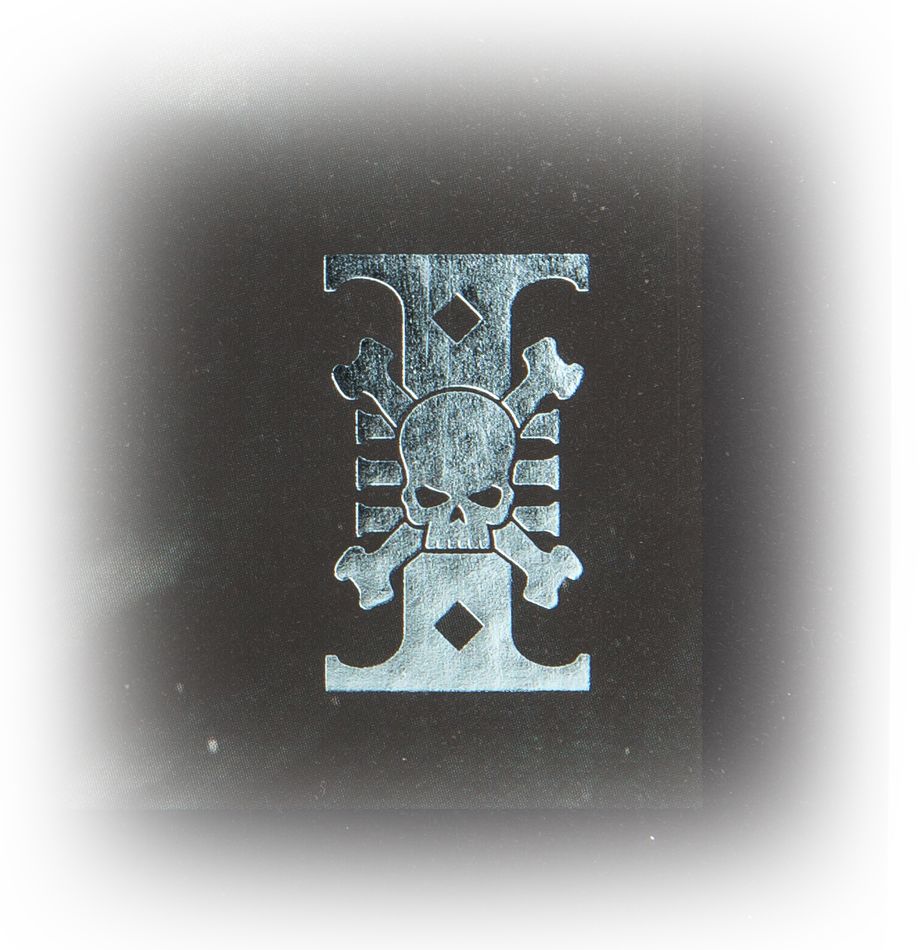 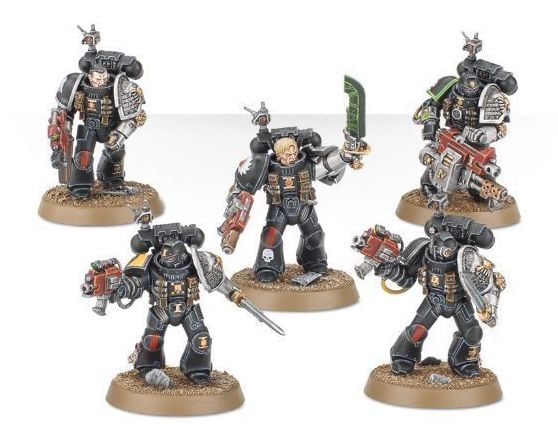 The core of this army I wanted to build it around was the Deathwatch Veteran, who between Chapter Approved and the new bolter rule has gotten really good. For 20 points you can get a Veteran with a storm bolter and storm shield. Standing still this model can put out 4 shots at 24 inches (30′ with kraken bolts) and has a 3++ save. This is one of the best basic ranged units in the game, and one of the toughest. A ten model unit can throw out 40 shots at range with a lot of flexibility. While not the best in combat they do get 2 attack each, and again those storm shields can soak up hits. I’ve chosen as my core a unit with 9 of these veterans and a single terminator with power fist and cyclone. The addition of the terminator means I don’t have to worry about morale at all. In addition their storm bolter keeps me at 40 shots, but the cyclone also gives them decent long range anti-tank fire power. 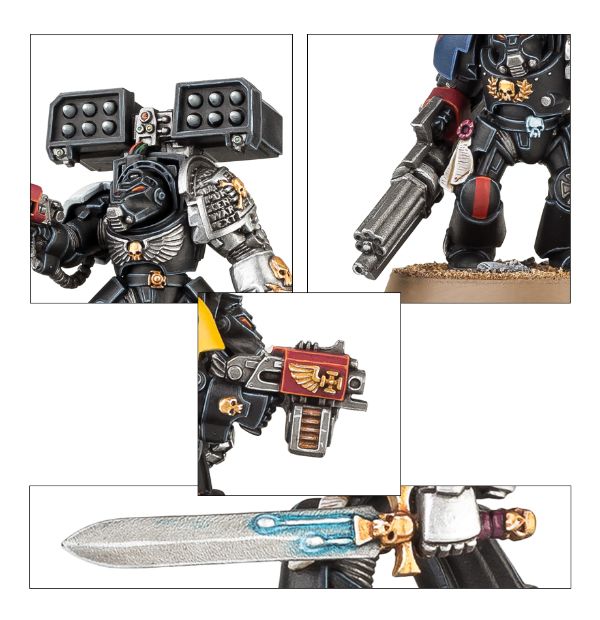 Originally I wanted 5 full squads of these guys, but had to cut a few models out for points. Still this gives the army a really solid core. It’s a ton of very accurate medium ranged anti-infantry fire power that can chew up armies. Combined with the Doctrine stratagems and your mission tactics the storm bolters can even be dangerous to armor and Knights. Tempest shells give them extra damage vs vehicles as well. Add in the 3++ saves most models have and its not going to be easy to get rid of them. 5 Cyclones means you can put out 10 accurate krak missiles a turn, which is a danger for any vehicles you face. I think this gives you a really powerful power based to build the army around.

I know everyone hates to see the soup here, but I wanted a competitive list and there is a reason soup gets taken, its goooood. Added on to the Deathwatch you’ve got a pretty basic soup list. The Loyal 32 add bodies and CPs. The Blood Angels give you the 2 Smash Captains and more bodies and CPs, as well as board control. The Smash Captains add a lot to this list. It’s a fairly static army and even with the cyclones could suffer vs flyers and Knights. Smash Captains give you a good answers for that allowing you to put pressure on the enemy and get in their face. Again, people take them because they are good and they help balance some of this lists weaknesses.

Tricks of the Trade

Both Smash Captains and Deathwatch are pretty CP needy lists, which is why I’ve gone for the most CPs I could get in the list. I didn’t mark down warlord or relics on the list but most likely you’ll want Artisan of war and Angels wings on one smash captain and then to pay a cp for Hammer of Baal on the other. Kurov’s Aqulia is still a good buy for AM. I think you might look at taking the Dagger of Tu’Sakh as well. This will allow you to throw a infantry squad down table mid game to grab objectives. 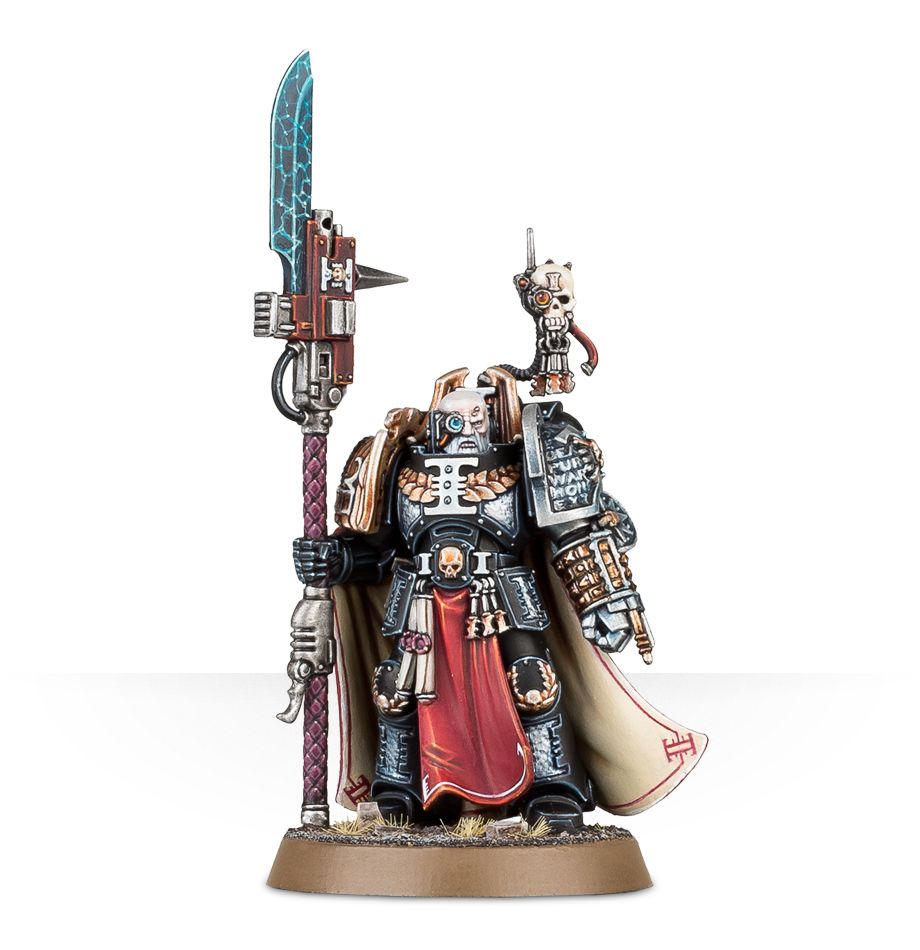 You’ve also got a lot of useful stratagems here. The Smash Captains startagems are well known so I won’t go over them here, but you’ve got access to them all. I’ve given one scout squad a heavy bolter and another a missile launcher so you can use Flakk Missiles and Hellfire rounds.  Between them and tempest shells you can throw out 3d3 mortal wounds a turn at targets. As I said before the various Doctrine stratagems that give a unit +1 to wound vs certain targets are really good for this list. Armour of Contempt isn’t the best stratagem but it can help a little vs a smite heavy army. 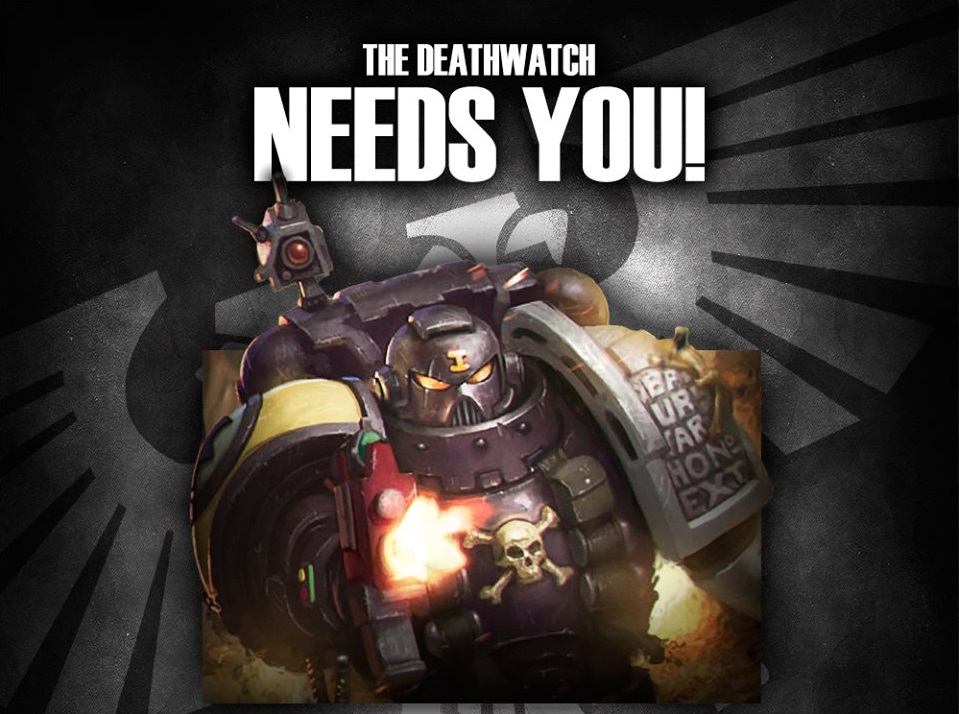 This army is not without its weaknesses. It’s a pretty slow and static army overall. The bulk of its infantry want to sit still most turns and its only got 2 models with a better than 6 inch move. You’ll have to make good use of your AM Infantry and scouts to try to grab objectives while pushing smash captains into enemy lines. The Dagger of Tu’Sakh, Teleportiaum and the Beacon Angelis all give you some extra mobility options, but its not perfect.  You’ll also have to screen well to prevent 1st turn charges from some armies. Its got no physic defense which sucks, but thems the breaks. (You could replace the Loyal 32 with a SoB detachment of 2 Cannonesses and 3 5 model squads, give one of the HQ the Brazier of Eternal Flame and you’d get 5 full strength deny the witch attempts, but you’d have to find an extra 45 points and I don’t know if its worth it).

Overall I think its a pretty solid list with a ton of firepower and flexibility. It will chew through a lot of enemies and can take a beating in return. Using all its tricks will allow you to adapt to enemy lists and win some nice victories. Now I just gotta find 40 storm shields…

Let us know what you think of this list, and how you would improve it, down in the comments!

Author: Abe Apfel
Abe is that rare thing, an Austin local born and raised here. Though he keeps on moving around, DC, Japan, ETC., he always seems to find his way back eventually. Abe has decades of experience with a wide range of tabletop and RPG games, from historicals, to Star Wars to D&D and 40K. He has been contributing to BOLS since almost the start, back when he worked at and then owned a local gaming store. He used to be big into the competitive Warhammer tournament scene but age has mellowed him and he now appreciates a good casual match. He currently covers 40K tactics and lore, as well as all things Star Wars, with occasional dabbling in other topics. Abe remains in mourning over the loss of WFB to this day.
Advertisement
Deathwatch Editorials Rules Tactics Warhammer 40k
Advertisement