The Las Vegas Open 2019 is going strong and Day Two is primed and prepped. It’s a packed house with 661 registered players!!! That’s INSANE. The 40k champs is slated for 9 rounds and Day One covered the first 3 of the 9 rounds. We’ve got a snap shot of what the event looks like right now – but things could change drastically by the end of today.

To put this in perspective of how much things can shift: the top 89 players don’t have a loss on their record yet. That’s expected in a Swiss format with this many participants. We could see folks sky-rocket up by the end of the day and we could see the players that are currently at the top of this mountain get knocked off. But for now, let’s check out the lists! 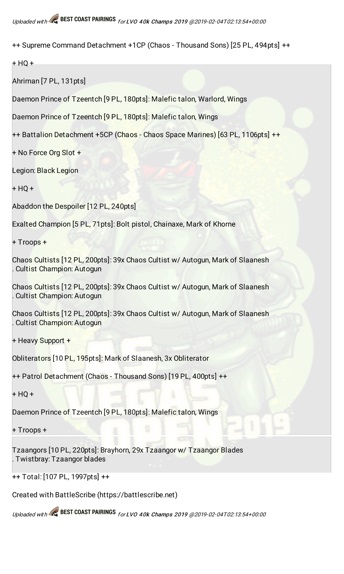 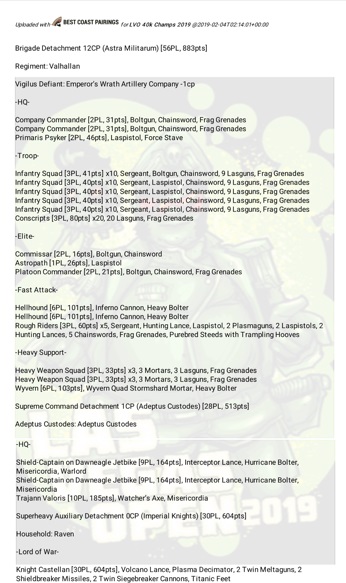 The rest of the field is really close behind. At the end of Day One there are currently 4 players tied for 8th place: 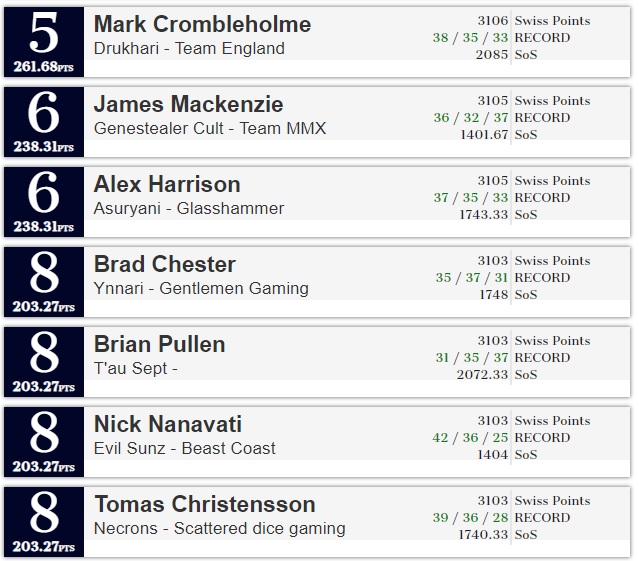 It’s really looking like a log jam that is about to get broken up once the dice start rolling. With 6 more rounds to go, who knows how this one is going to shake out in the end.

What do you think of the top lists at the end of Day One – do you think they will hold strong or with the mob beneath them claw their way to the top?

Author: Adam Harrison
Writer, Editor, Texas Native, and Austinite for 15+ years, Adam covers all things Tabletop Gaming. Which includes Warhammer 40,000, Age of Sigmar, D&D, Board Games and everything else that involves dice, boards, cards and a table. A hobbyist, player, and collector of miniatures and games, Adam's current obsession are his Death Armies for Age of Sigmar, his Blood Angels and Tyranids for 40k, and his ever growing Arkham Horror: The Card Game Collection.
Advertisement
Best Coast Pairings Games Workshop Las Vegas Open Tabletop News Tournaments Warhammer 40k
Advertisement