The Las Vegas Open 2019 is going strong as we head into the final set of three rounds. It’s a packed house with 661 registered players!!! That’s INSANE. The 40k champs is slated for 9 rounds and Day One and Two covered the first 6 of the 9 rounds. We’ve got a snap shot of what the event looks like right now, and this will change after the results of the Finals Qualifier trickle in.

The top 12 players don’t have a loss on their record yet. That’s expected in a Swiss format with this many participants. And as we head into the finals, you can see how close the scores are among these twelve titans. But for now, let’s check out the lists! 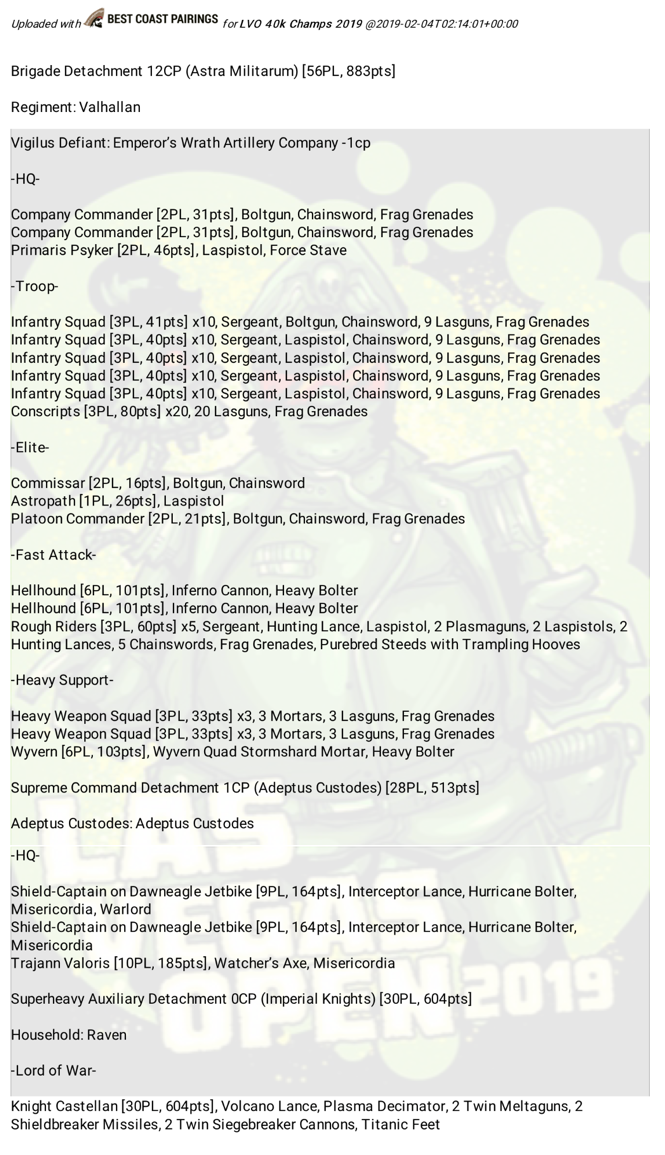 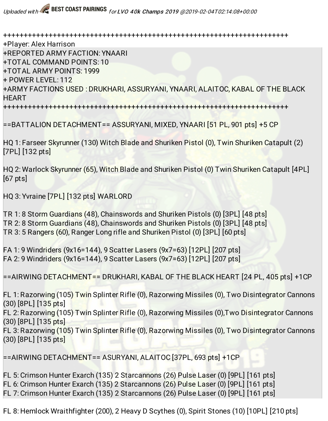 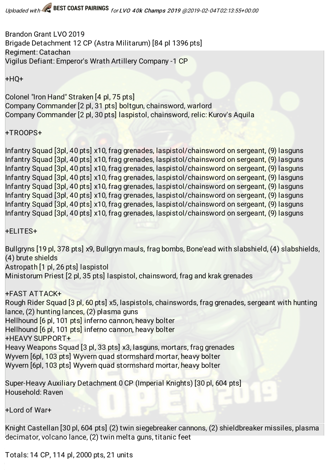 The Top 12 Players are all still technically undefeated. And there’s a mix of Imperium forces, Chaos, T’au, and even Ynnari making up the top twelve this go ’round. It’s been real interesting to see how much the top twelve has shaken up since Day One, and it makes you wonder what changes might shake out of the results at the end. Right now though, we’re just excited to see what happens come the final day of the Las Vegas Open. 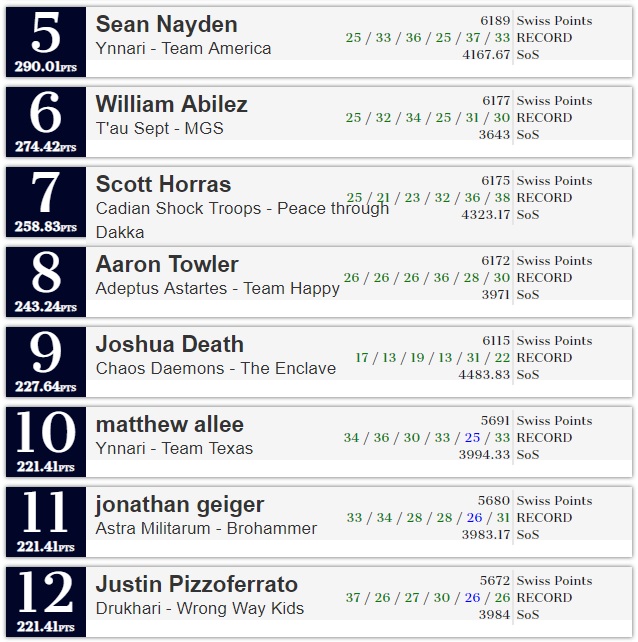 Who will win? Will there be a surprise upset for the ultimate victory? Who do you think is going to win? Are there too many Knights on these lists? Let us know what you think in the comments!

Author: J.R. Zambrano
Bell of Lost Souls Staff Writer and DM, J.R. covers RPGs of all stripes and on occasion eats sandwiches. You can ask him about either at [email protected]
Advertisement
Las Vegas Open Tabletop News Warhammer 40k
Advertisement