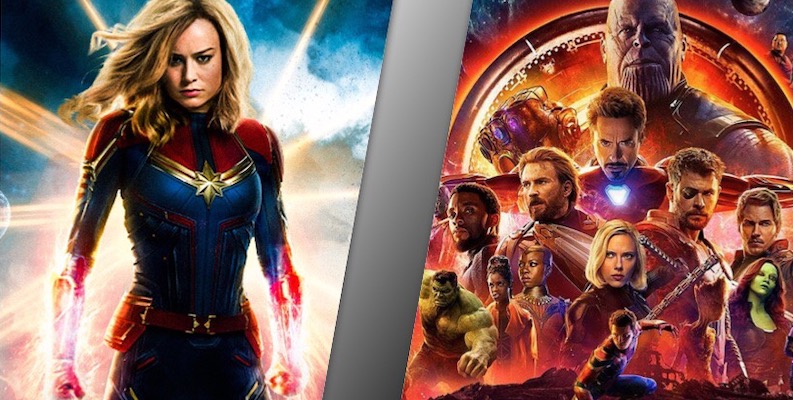 Marvel dropped two new spots for their huge releases during yesterday’s game. The Avengers assemble in what’s left of the universe, and Captain Marvel gathers her strength.

It’s only 30 seconds, but it says a lot about the remaining Avengers’ resolve to fight back in any way they can. It’s definitely feels more hopeful than the first trailer.  The new team prepares for the next big battle – Stark and Nebula work on an unseen technology, Black Widow takes to the gun range, and Cap straps on his shield. These heroes will not wallow, these are heroes that will exact revenge. Avengers: End Game arrives in theaters April 26th.

In a second short spot we got a new glimpse at Carole Danvers going higher, further, faster. There’s some filling in of her complicated history here, some action shots we haven’t seen before, and that badass punch. Captain Marvel arrives in theaters March 8th. 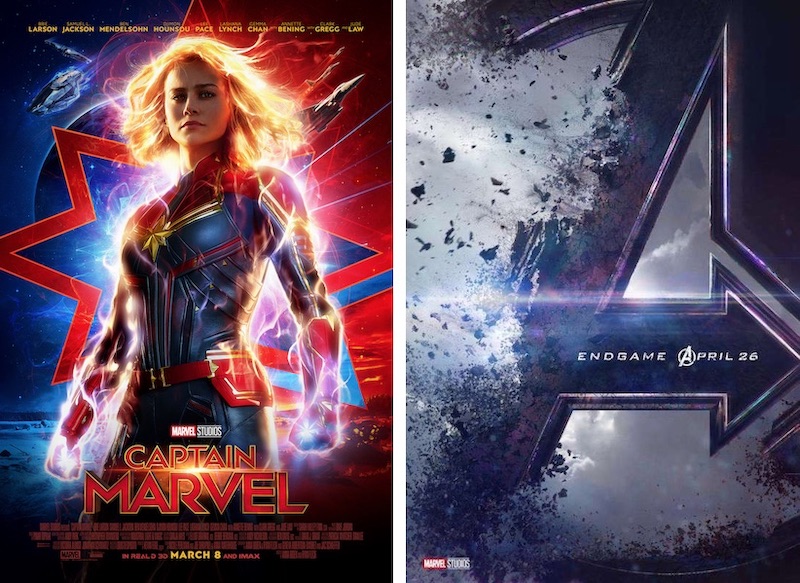