Pop Open A Beer and Pour Yourself A Shot: Board Games With a Twist 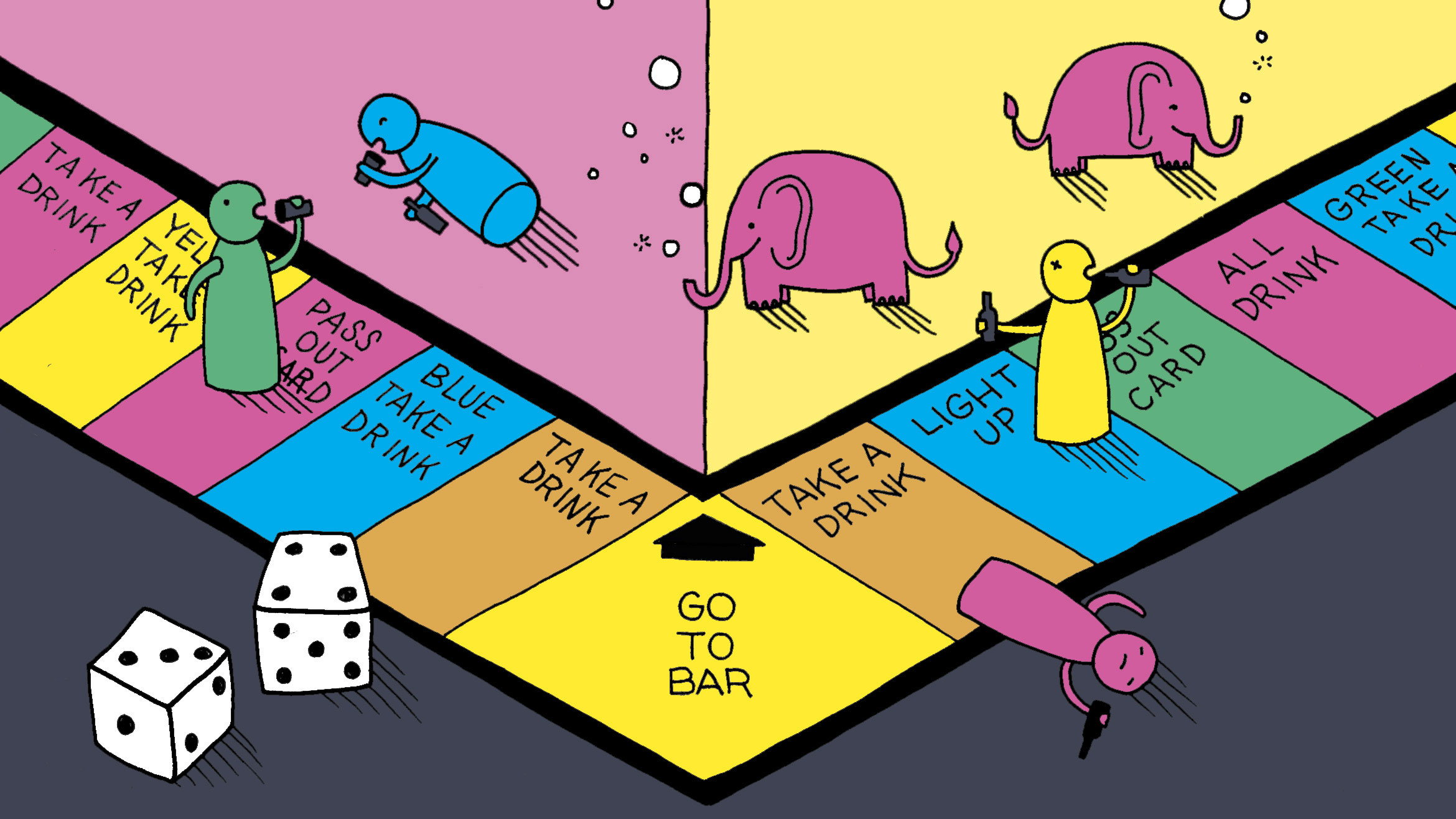 Once upon a midnight dreary, while I pondered, eyes quite bleary, Over many a quaint and curious game requiring pour. While I imbibed, nearly chugging, suddenly there came a tugging, As of my beverage gently drugging, dragging me to my bathroom door.

Heyo, friends! It’s not often we pull back the curtain on the writing process here at BoLS, but I’m going to level with you. Sometimes I don’t know what to write about. So, I had myself a thought. “Grab a drink and something will come to you.” Suddenly, in a spark of inspiration, I had an inspiration which was inspiring. Write about drinking games!

So, with gin in hand, here are a few of my favorite ways to ‘drink-ify’ our favorite board games.

Jenga- Or Any Dexterity Game  Really

This one is pretty obvious, really. With a bit of the juice, minute movements become difficult. So what’s better than the most anxiety inducing game added with a little buzz? Not much, I think.

But a proper drinking game needs an incentive to drink during the game. So you have two options here:

You can pick a few select blocks and use a Sharpie to write on the block itself. You can either write just “take a drink!” or anything else that suits your fancy. Whomsoever pulls the block from the tower shall be named the Drinker of all Britons. Or whatever the name of your apartment complex is. 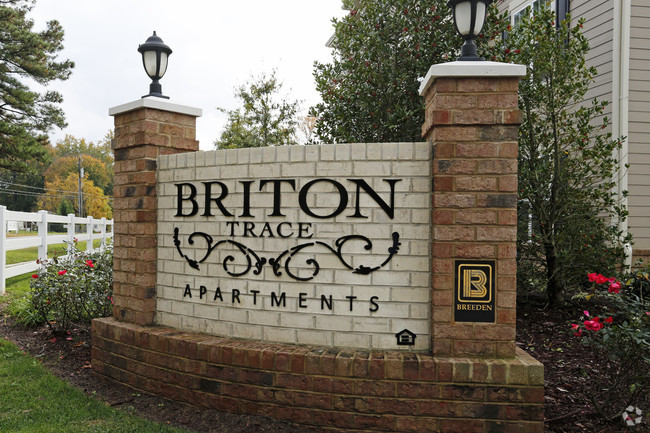 If you’re willing to go all out, throw in a few more wild and crazy dares for the unlucky puller to do.

Let people drink at their own pace and just let the flow of Jenga happen. If you got a good group of people the fun will create itself. Some people think drinking games need tons of rules and regulations. Not so. Plenty of games are just enhanced with the inclusion of alcohol. Jenga is one such game.

We all wish we had accomplished more in life. But why not take a good hard look at your own life and judge how well you’re doing based on a very old board game?! I can’t think of a reason to not do that.

In Unaccomplished Game of Life you play as per usual, but as soon as you land on an event space which dictates a life event you have not yet done yourself, you drink! If you want to lament on your shortcomings on not having won a photography contest, that’s up to you. It’s kinda of like ‘never have I ever’, but with way more bizarre events. 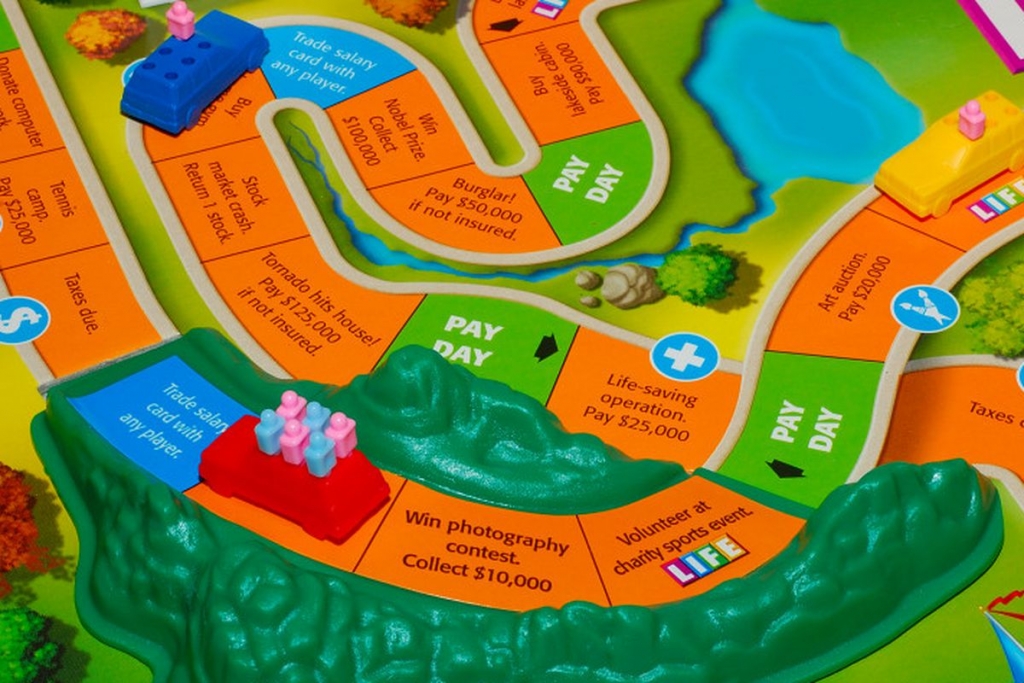 Monopoly but Money is Drinks

There’s certainly plenty of ways to make Monopoly work as a drinking game, but this is one way I think works best.

You don’t get to purchase properties outright. Every time a property is landed on, it immediately goes up for auction. Rather than auction with money… (can you guess?), they auction with drinks! 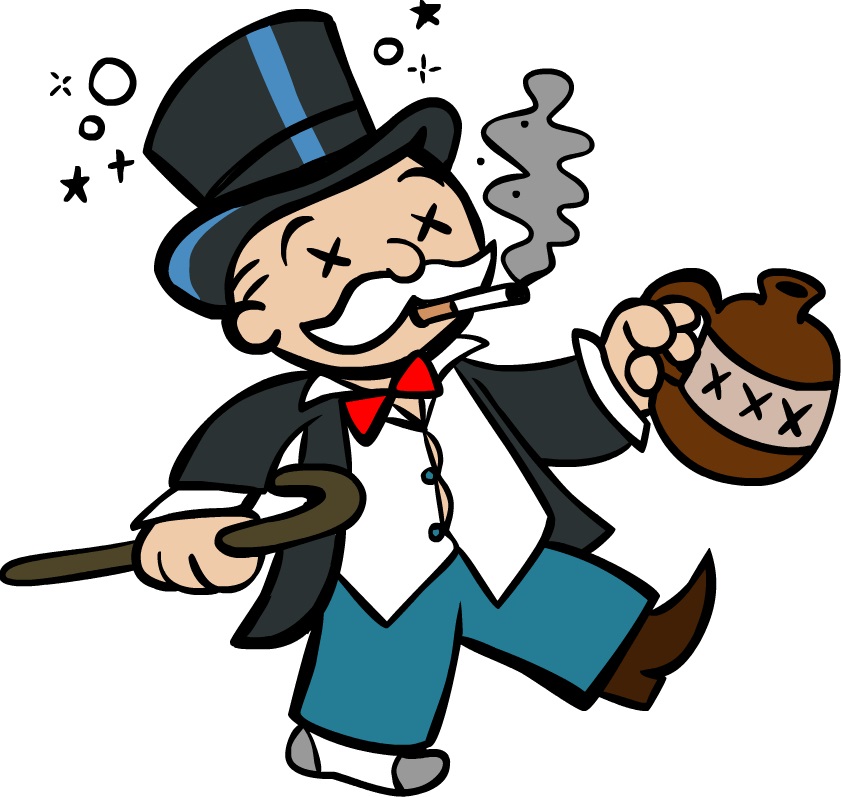 Although, from here there are a variety of ways to make this work:

This is a rule set that I came up with a few years ago and have really enjoyed. 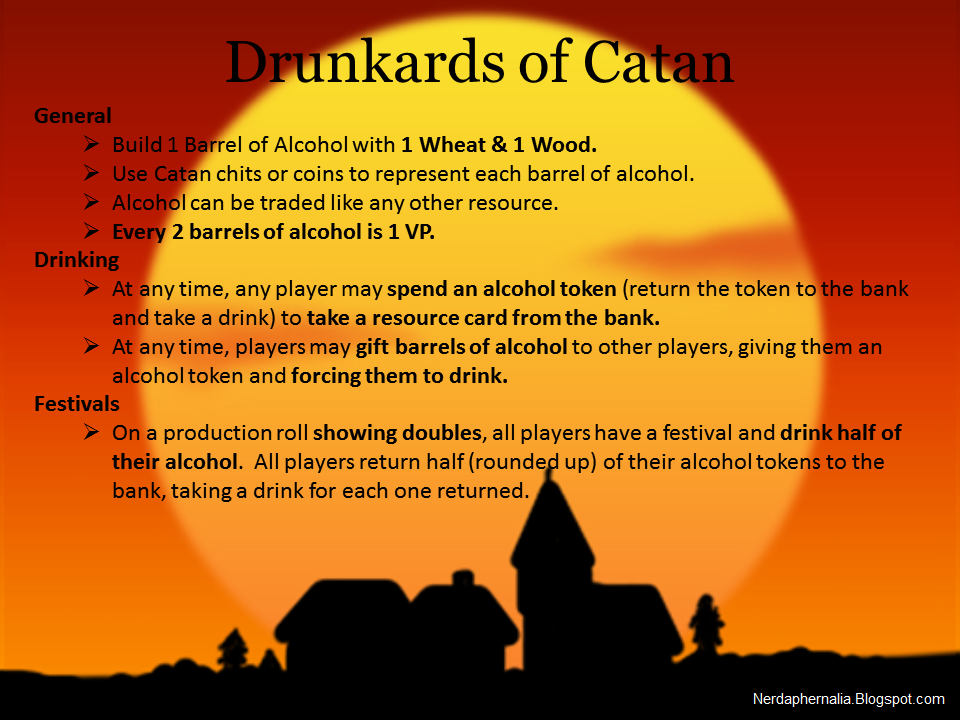 It’s admittedly much more involved than the other options presented here, which I did earlier say that drinking games don’t always need lots of rules, but that’s in the past. We live in the now.

This is meant to be less of a ‘drinking game’ and more of a ‘game with drinks’. I think it balances pretty well and has a neat risk vs reward system with the festivals. What’s especially neat about this is it spawned the drinking board games subreddit, which admittedly is pretty dead. But still, I indirectly caused the creation of a subreddit. So, that’s neat.

I bring that subreddit stuff up mostly as a point of self-flattery, but also because it’s an easy way to add one more entry to this article. 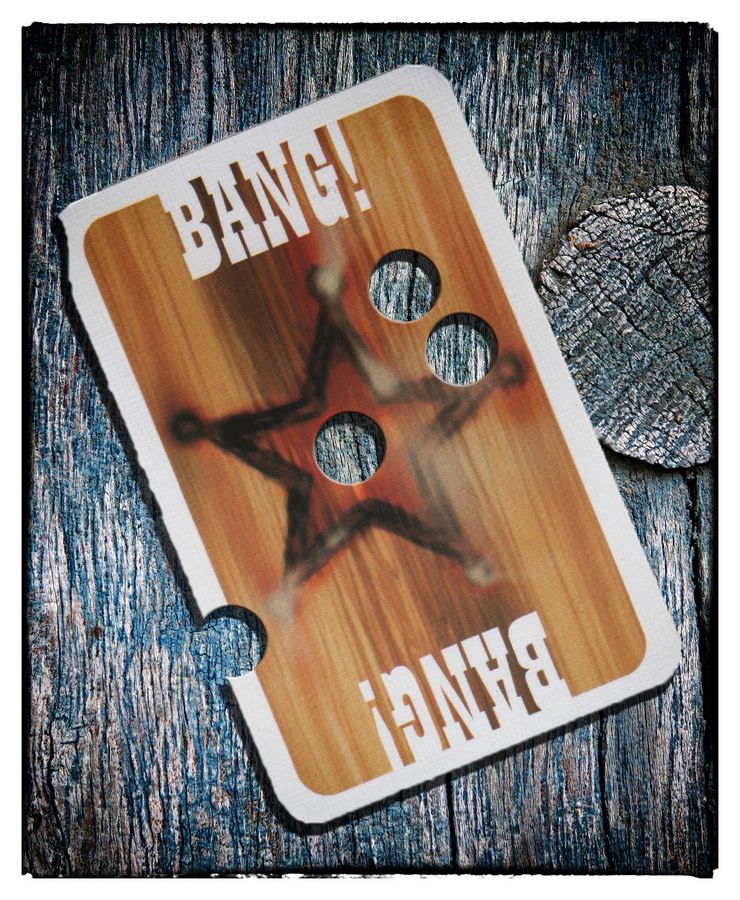 Bang! The Drinking Game is the top post of the drinking board games subreddit, and the rules are pretty simple.

Thanks to mrtntrm for their contribution.

Overall, games are about having fun in whatever way you want. If that means not drinking and having a fun night with friends, that’s totally cool! If knocking back a few while playing some games is more your speed, then that’s cool too!

All fun is valid!