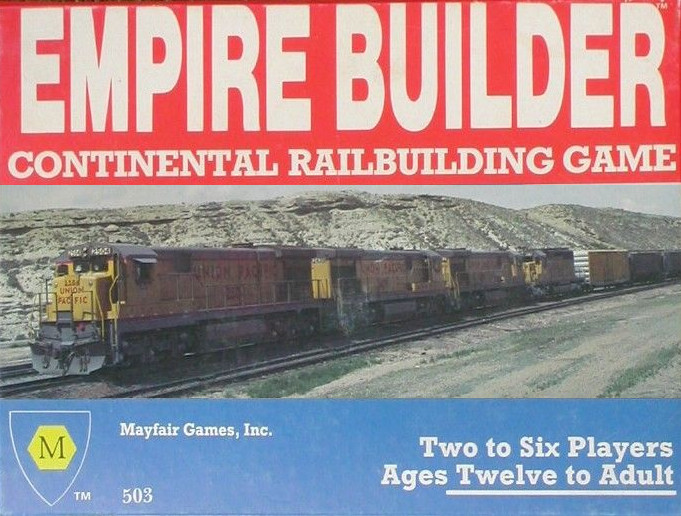 After diving into Board Game Geek’s most common game mechanics, I found the least utilized one to be actually really neat! The general concept of a crayon rail builder is pretty self explanatory. 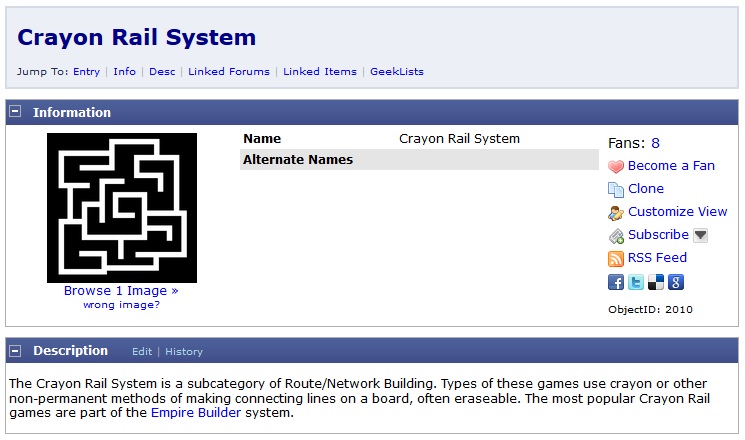 I’m still not going to become a Fan of it though.

Crayon Rail is like a sub-mechanic of Route Building. It’s the same thing, just a more specific way of doing it. In both cases you’re building a route or network in some way. Ticket to Ride and Power Grid are two very popular examples. Imagine you’re playing those games but instead of laying down track tokens, you’re using a crayon. That’s kinda it.

Rather than dwell on the pros and cons of a crayon rail over other types, let’s get into the game. 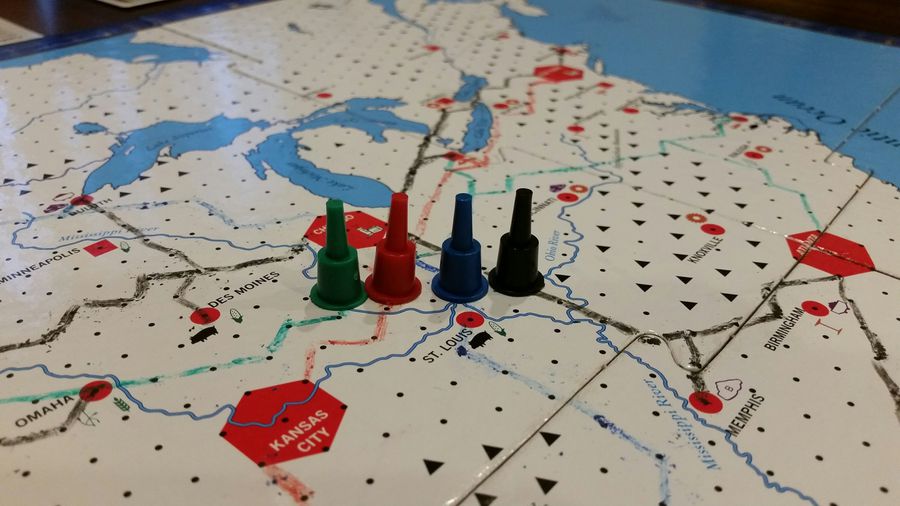 Empire Builder is a competitive crayon rail/route building game that also uses another under utilized mechanic, Pick-up and Deliver. The goal of each player is to be the first two achieve 2 objectives: Connect 6 major cities and possess $250 million. The gameplay itself is super simple.

Each player starts with a train and some cash. They begin their starting route, using their crayon on the erasable board to mark where they are building. They take a token of the same color to mark where their train currently is and then the game begins. Each player will have 3 demand cards, each with 3 locations. 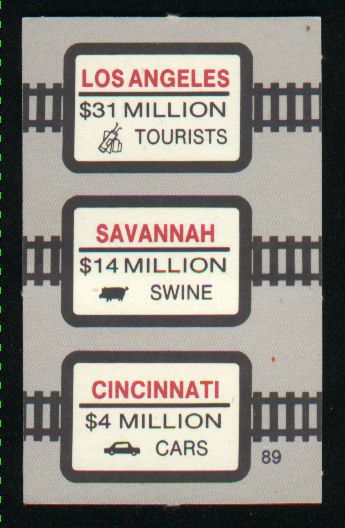 Each of the different goods can be picked up simply by driving over a city with that icon. Starter trains can hold 2 goods, but upgraded trains can either hold more or go faster. Players must deliver the listed goods to the noted city to gain the noted payment. That payment is then used to extend your track to reach more cities, deliver more goods, and get more money. Rinse and repeat. 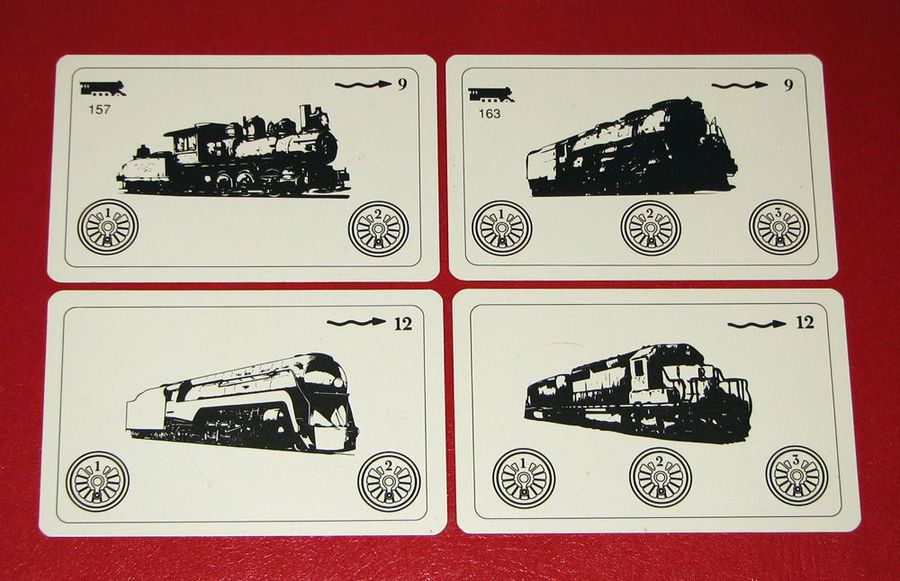 There are a few hitches along the way, though. Derailings, worker strikes, natural disasters. 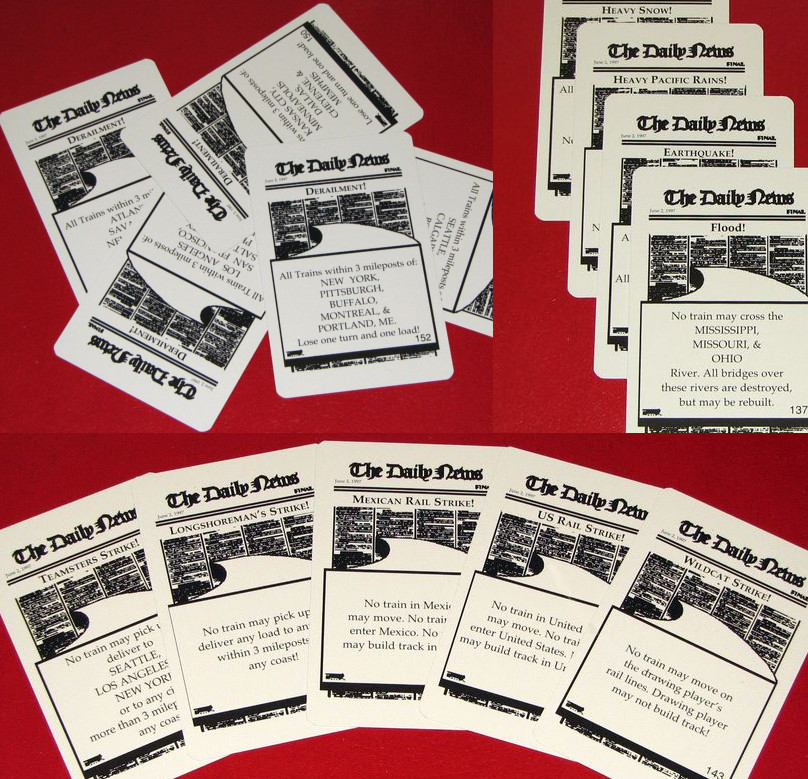 Overall, crayon rail systems have a nice little niche they fill. Even games like Triplanetary arguably fit into this category, although, it’s less of a route building mechanic there. But, what I really like about crayon rail systems is the total flexibility.

The pitfalls are much more logistic than mechanical. Crayons eventually run out and no one but devoted fans are going to buy a pack of crayons just to replace that one blue crayon. Also, balancing the difficulty of writing on a whiteboard type play mat with a crayon versus the eventual accidental streaking of using a dry erase marker.

Overall though, Empire Builder (and the MANY spin-off games within the category) are all worth a play through. They are fun, casual and mostly non-combative, making it a great family game.

How do you pronounce crayon?
I’m from the northeast USA and I say “Cran”.

Funko Moving In To Board Game Business