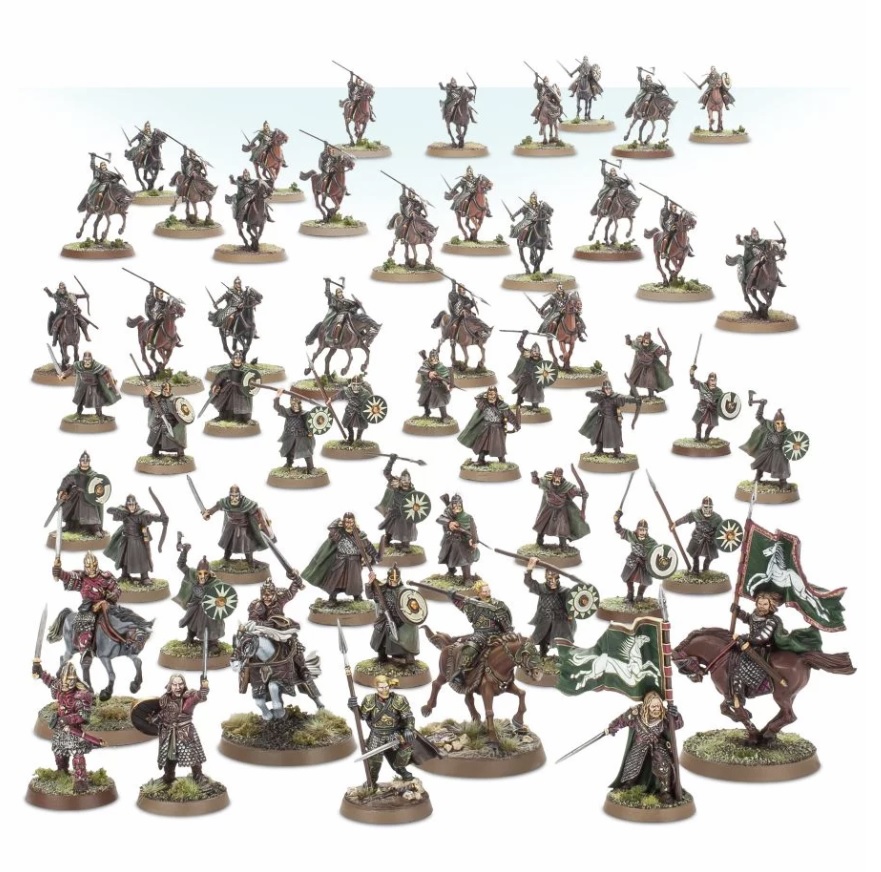 At the climax of the Battle of Pelennor Fields, King Théoden led his Riders of Rohan in a glorious charge straight into the vast Orc host laying siege to Minas Tirith in one of the most iconic scenes in movie history.

This thematic collection of Rohan miniatures – named after Théoden’s inspiring speech before sounding the charge – enables you to replicate the heart of this incredible scene on the battlefield. The bundles includes the following models, all of which are either multipart plastic, resin or metal miniatures:

Théoden, Éomer, Gamling and Elfhelm are each included mounted and on foot. 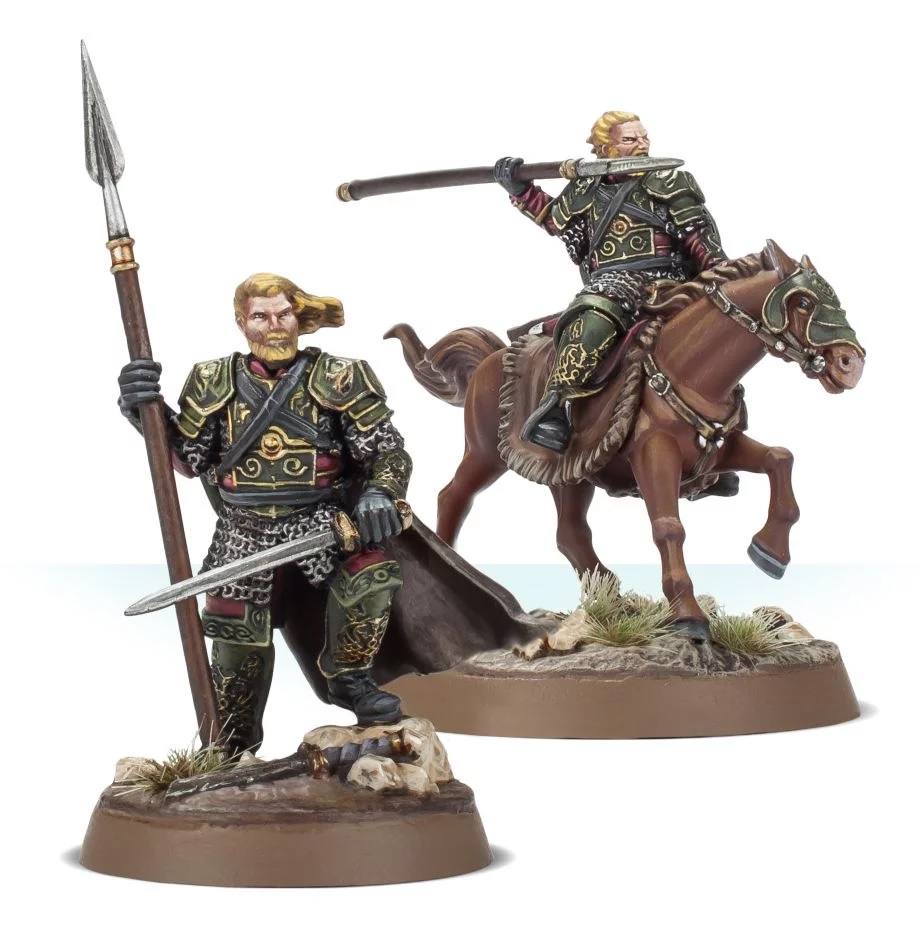 One of the foremost Captains of Rohan, Elfhelm fought alongside Théodred at the Ford of Isen, and later led a company of Rohirrim in the charge that broke the lines of Mordor in the Battle of the Pelennor Fields. Elfhelm is a talented horseman and renowned for his skill with a throwing spear. As a Hero of Fortitude, Elfhelm can lead a warband of up to 12 followers, and can hurl throwing spears to strike down foes with pinpoint accuracy. You’ll find his rule in the Gondor at War expansion for the Middle-earth Strategy Battle Game. Elfhelm is a 20-part set cast in finely detailed Citadel resin and, once assembled, creates a miniature on foot and a second mounted on horseback.

Author: Adam Harrison
Writer, Editor, Texas Native, and Austinite for 15+ years, Adam covers all things Tabletop Gaming. Which includes Warhammer 40,000, Age of Sigmar, D&D, Board Games and everything else that involves dice, boards, cards and a table. A hobbyist, player, and collector of miniatures and games, Adam's current obsession are his Death Armies for Age of Sigmar, his Blood Angels and Tyranids for 40k, and his ever growing Arkham Horror: The Card Game Collection.
Advertisement
Forge the Narrative Games Workshop Lord of the Rings Miniatures Tabletop News
Advertisement