Goatboy’s 40K: I Think GW Is Reading My Chaos Journals

I don’t know if you readers know this – but one of my favorite models in the CSM line is the Maulerfiend.  I have loved them since they first showed up and always tried to throw them into lists.  The old days of not everything having huge charge distances meant these guys were great for Koolaid maning it out from behind a building, getting you first blood, and being a bit of a pain to get rid of. I loved these models and I wanted them to be good in 8th edition.  But they really weren’t up to snuff no matter how many points you drop them too (look at Chapter Approved and how they are hitting at under 140pts). 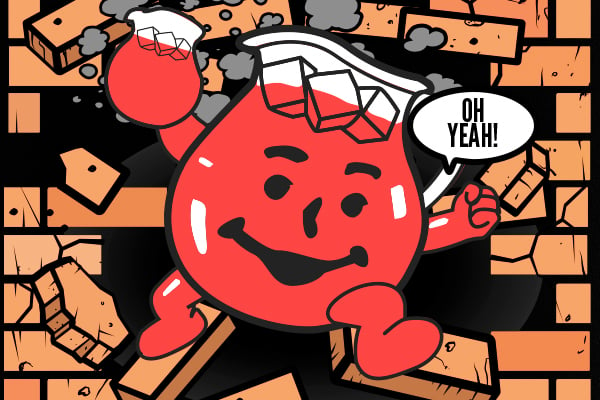 BLOOD FOR THE BLOOD GOD!

Thankfully GW must have read my mind and somehow figured out a way to make my poor little Daemon engines better.  The new Lord Discordant has brought me so much joy in so little time.  I know that all the new CSM models look great, Abbie finally has a bad ass model, and it looks like we got a month of super cool new rules, detachments, and nightmares to bring to the Imperium.  But this one little preview has done more to get me excited then all the new plastic crack coming out.  This guy alone validates my Daemon Engine dreams and sets me up to build a whole slew of new daemonic lists.  Git out of my head Dark Mechanicus Counts As Knights – real Chaos Daemon Engines are coming to take hold.

I get the feeling the new thing for Chaos is Daemon engines and this guy is leading the way.  The leaked rules seem pretty good.  I expect him to sit around 140 points like the Wartrike Defkilla from Orks once you add on the gun as his close combat weapon is most likely staying the same.  The big thing is depending on if they leave him with a 2+ armor save like the Warp smiths have and if they give him a 4+ or 5+ invulnerable save.  Attack wise I bet they have the same with some kind of Thrashing attack and whatever weird mouth option the creature has.  Overall I except him to be decent, in the realm of a Daemon Prince, but without the reroll option to guarantee hits like the current CSM leader.

Now of course if he has a large amount of attacks then he could be more expensive – but I expect GW to try and sell a few of these so they should sit in that Ork Buggy/Ork Mount range and usefulness.  The big thing I find with him is his leaked rule of giving a +1 to attack for all Daemon Engines.  I wonder if he has the Daemon Engine Keyword so his Aura works on himself.  If so I can see all his stats being a flat 3+ but will see.  But if he has the Daemon Keyword then he becomes a very interesting “hammer” unit especially when mixed with Daemons.

Where is the Daemon Engine Army Headed?

This is where the army seems to be going.  All these “Daemon” keyword units creates this very interesting synergy.  We saw a bit of this when the pre rule of 3 armies form Death Guard was 6+ Plague Burst Crawlers. They utilized the Heralds and Daemon Faction rules to push things into a crazy realm of inter-lapping Auras, Rules, and nonsense.  If you read into how the beta Sisters worked – this idea of creating Aura dependent armies seems to be the way GW is moving towards.  GSC had a ton of this and if Chaos continues in this direction we can see this too.  Heroes matter, Marks Matter, and your Battle Brother Buddies all will be the keys in how Chaos themed armies will work.

Look at the Venomcrawler.  Initially the model look kinda meh – but once the Lord Discordant came out this “cheapish” unit became very interesting.  It really seems to be the key to a decent Daemon Engine is finding some way to get a 3+ to hit.  As Chaos is full of reroll 1’s for hitting – any option to pull the misses to a single choice on the die roll and you start to find interring options.  It also allows these units to hit “better” in close combat such as the Maulerfiend who has its attacks updated to 10 attacks hitting on 3’s.  But the Venomcrawler becomes much more interesting with just a few Auras attached to his bulbous butt.  A greater possessed and matching Daemonic herald and you all of a sudden have a 3+ hitting, strength 10, 36″, and assault 2d3 weapon.  Its that sweet 36″ range that really lets this guy become a pain in the butt as he isn’t too big.  Throw in some auto self healing and this guy legitimately a pain in the butt to deal with.  Plus he hits alright in Close combat as well. 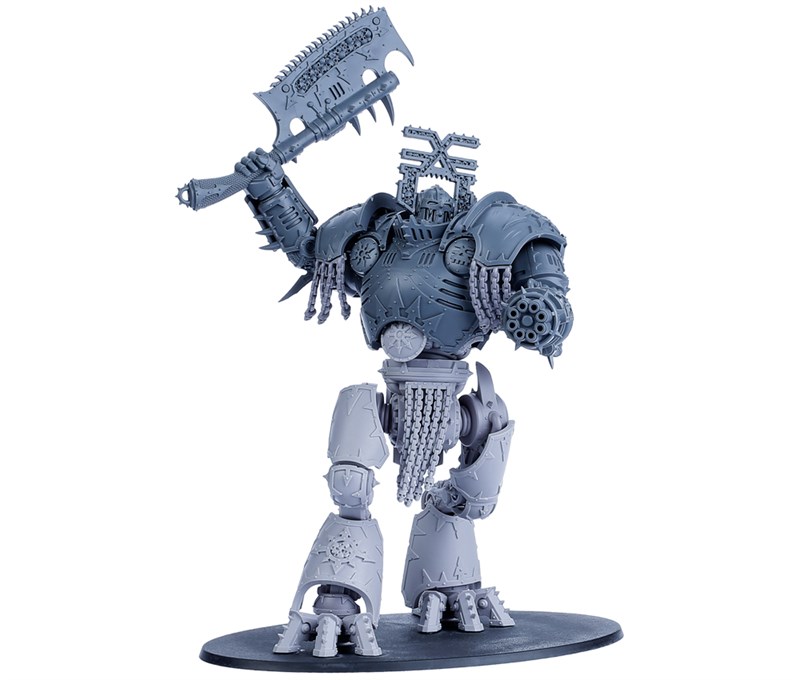 Beyond just looking at stuff we get in the new boxed set and older CSM stuff – FW has some interesting options too.  The Ky’tan Engine with some Khorne characters lets you have some rerolling charge bad asses coming to the table top.  I think the Decimator might make a comeback as well as he hits like a Contemptor with the ability to have all the Daemonic Buffs you need.  I also expect all of this to be a huge set up for Slaanesh to make a strong comeback as the army and Mark has a very strong troop choice (Daemonettes – 60 points for 10 and they can kill anything), decent cheap Heralds, a double attack spell for anything Slaanesh that is already in combat, and the locus to let you advance and charge.  Heck man the list I talk about on Friday if this Lord Discordant is cheap enough seems pretty dang good.

Right now I am just chomping at the bit to get my Shadowspear in, get a new Chaos book of some sort, and start playing with a whole slew of new rules.  The push for good Daemonic Engines just makes me so excited that I don’t know what to do with myself as I wait for the models to come out.  Most likely just finish commissions – but I want to play with these guys asap.  I love the idea of an army full of synergy utilizing spells, daemons (I have 120  daemonettes…), and awesome character models.  The only thing that makes me sad is that the Lord Discordant looks so cool I don’t think I can make a conversion.  It just seems to rad to not bring to the table top.  I just hope we have fixes for Possessed and Chaos Space Marines.  Something to make those sweet models better.

Oh and that Chaos Ogryn and Commissar looks amazing too.  Little chirps and new release seems to point to some Traitor guard coming in the future.  It was one of the few things from the Chaos side of the army I never invested in so it is neat to think I could have a whole new army to deal with.  Or I could just convert a Venomcrawler into a spider Daemon prince.

~ Will you fall to Chaos my fellow hobbyists?