Warmachine: Support Your Caster with the Greylord Adjunct

The Greylord Adjunct is a small based solo. 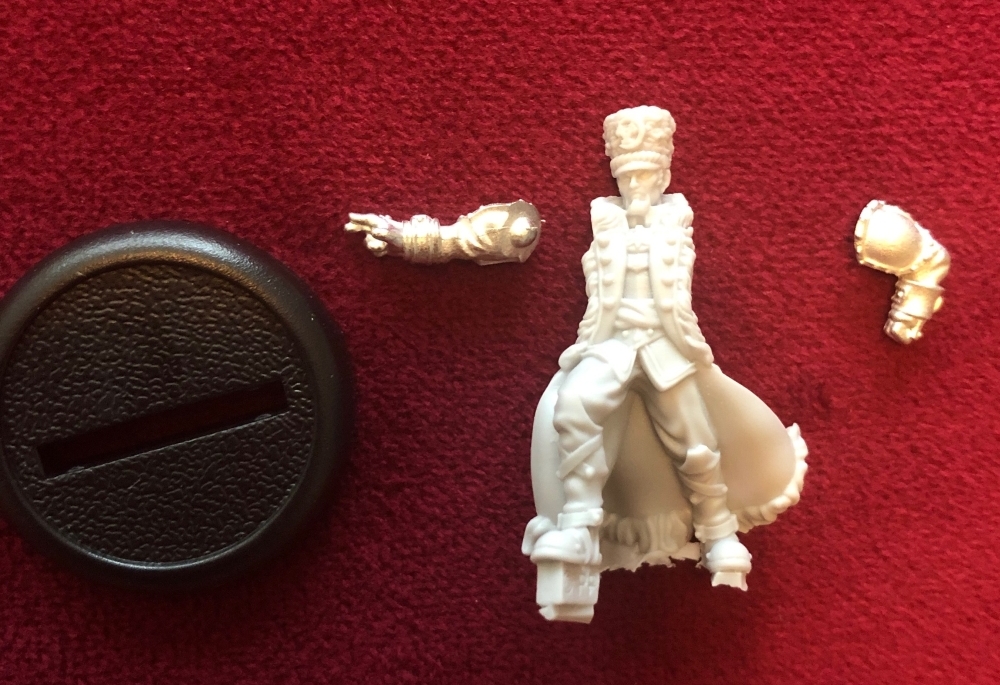 Take a look at the Adjunct’s rules. 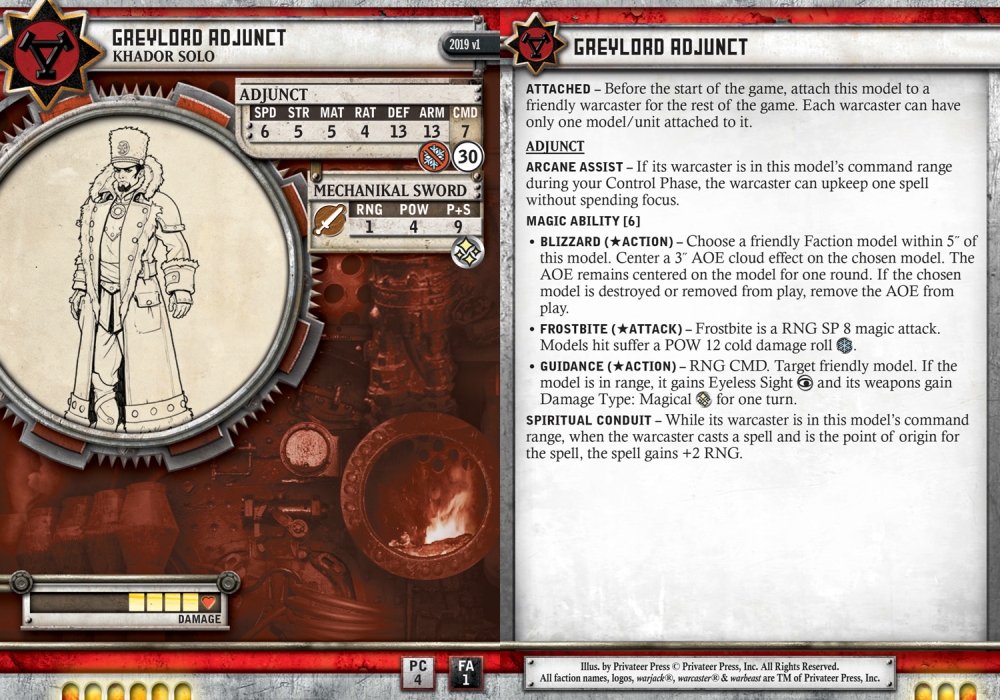 Quite a nice toolkit

Tool For Every Job

As you would expect from a Warcaster attachment, the Adjunct brings a ton of support.

Arcane Assist – Just about every caster can make use of this, having that extra focus each turn is always helpful.

Blizzard – Choose a model and place a cloud on them, then it follows them around for a round! This lets you put clouds exactly where you want them, plus the Adjunct stays safe as the model can run after the cloud is placed. Useful for Blocking LOS, providing some extra defense to a caster, or triggering things like Prowl.

Frostbite – Pretty standard 8″ spray magic attack. If the Adjunct needs to do some attacking, this is much better then his sword.

Guidance – A great tool now available to Khador, Eyeless Sight and magic weapons can be vital in some matchups.

Spiritual Conduit – A passive ability granting +2 RNG on spells for their warcaster. Casters like Old Witch2 and Zerkova1 can crank this up to crazy amounts with their abilities to already gain +5 RNG on spells. Old Witch2 casting a Scourge from 15″ away or a Hex Blast from Zerkova at 17″ away is pretty great. 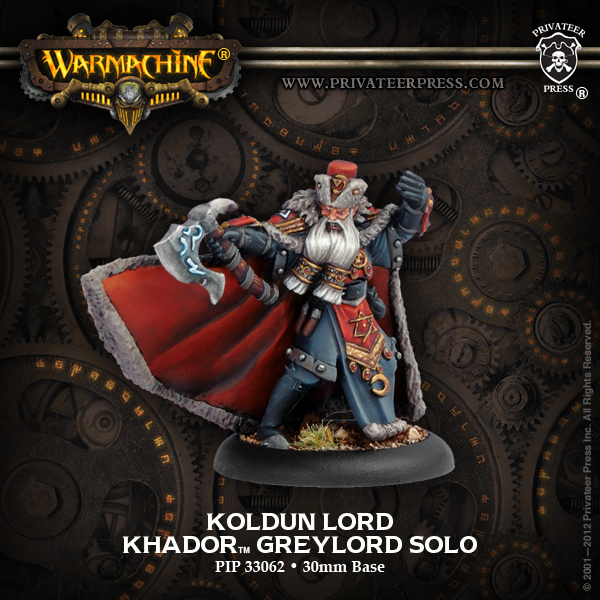 The Koldun Lord and Greylord Adjunct pair nicely together, mainly due to the Lore Master ability on the Koldun Lord. This allows him to cast the spells of any Greylord model with 9 inches. For a shooting focused list this is another Guidance each turn. In other situations having another 3 inch cloud is great to help protect even more of your army.

The Koldun Lord also grants Battle Wizard to the Adjunct, but this should probably be avoided as MAT 5, POW 9 is pretty unreliable.

The Greylord Adjunct isn’t picky when it comes to who they will work with. This attachment is available in all 5 theme forces that Khador currently has! This means that regardless of theme your list can have an answer to Stealth, Incorporeal and clouds, plus the ability to at least get one 3 inch cloud out of your own. 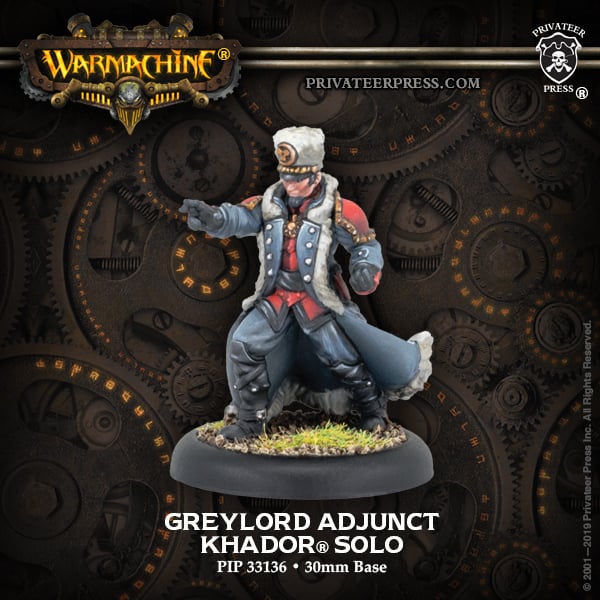 A great addition to the support staff of Khador, the Adjunct is likely to see a lot of table time across multiple themes. Damage output and survivability are relatively low, but the support abilities should make him worth the 4pts in many cases.

Do you think the Adjunct or War Dog will be the more popular caster attachment?