40K: Winning With Chaos – The Lord Discordant And YOU

One of Chaos’ brave new models is the Lord Discordant–a powerful HQ choice skilled in the ways of war and deceit. Here’s a few things you can do with yours.

Alright folks, let’s talk about the Lord Discordant. A powerful Chaos Lord mounted atop a mighty Helstalker, the Lord Discordant is one of the newest Chaos options featured in Vigilus Ablaze. And today we’re going to see how this Dark Mechanicum Monstrosity mingles with good old fashioned Chaos know-how to devastate your foes in droves. First up, here’s a look at what they bring to the table. 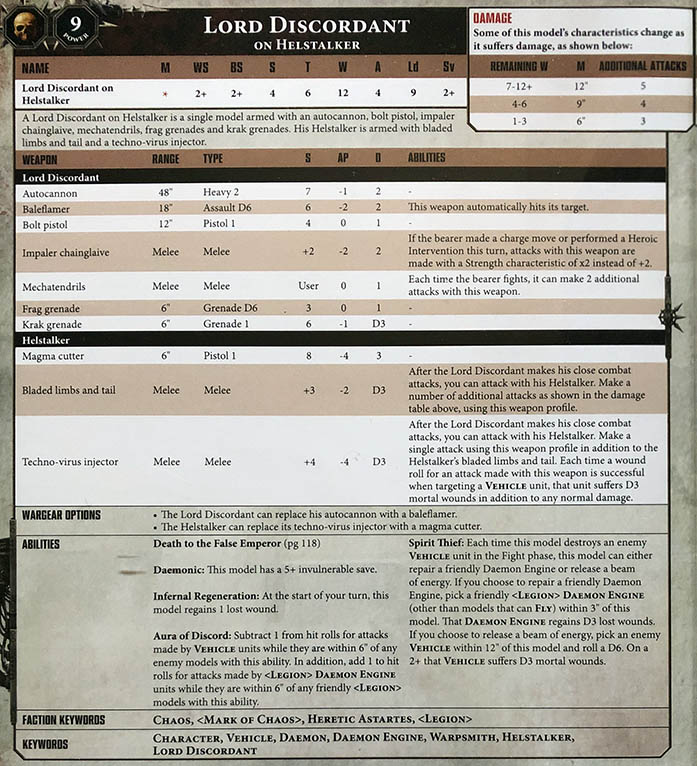 And as you can see the Lord Discordant packs a powerful punch– he’s a melee beast, and on paper looks like he’d be great up close. If you can Charge, he comes crashing in at strength 8 with his Impaler Chainglaive–but the afte plenty of other ways to squeeze value from this massive model. Let’s take alook at Warhammer Community’s tactica: 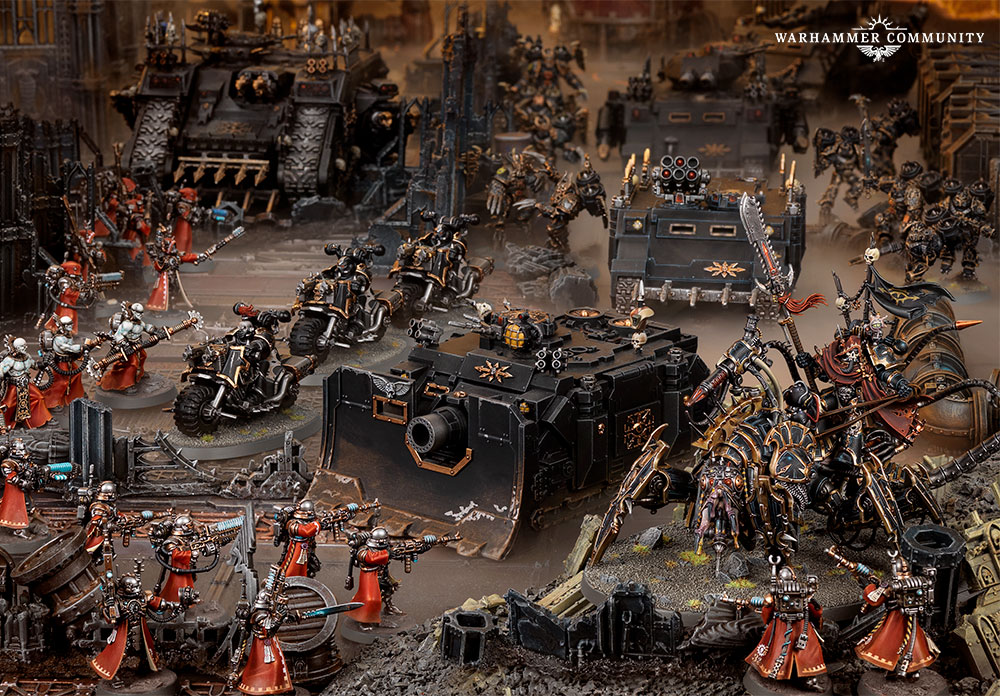 There are a couple of really solid choices for Marks of Chaos and Relics. If you give him the Mark of Khorne you can give him the Talisman of Burning Blood Relic. This allows you to Advance and charge in the same turn and allows you to re-roll that charge move if you fail. If Slaanesh is more your thing, the Intoxicating Elixir grants him +1 Strength and Attack. The extra Strength will really benefit him while trying to wound things like Imperial Knights on the turn he charges!

There’s also a number of amazing support options open for the character. He already provides a defensive and offensive boost with his Aura of Discord. And there are a few warlord traits that can augment this as well. And with his 2+/5+ save and regenerating wounds he’s certainly a hard target to bring down,  especially if you can take down enemy vehicles in the fight phase. Spirit Thief can pay back in spades, but it’s a rarer ability than you’d think. 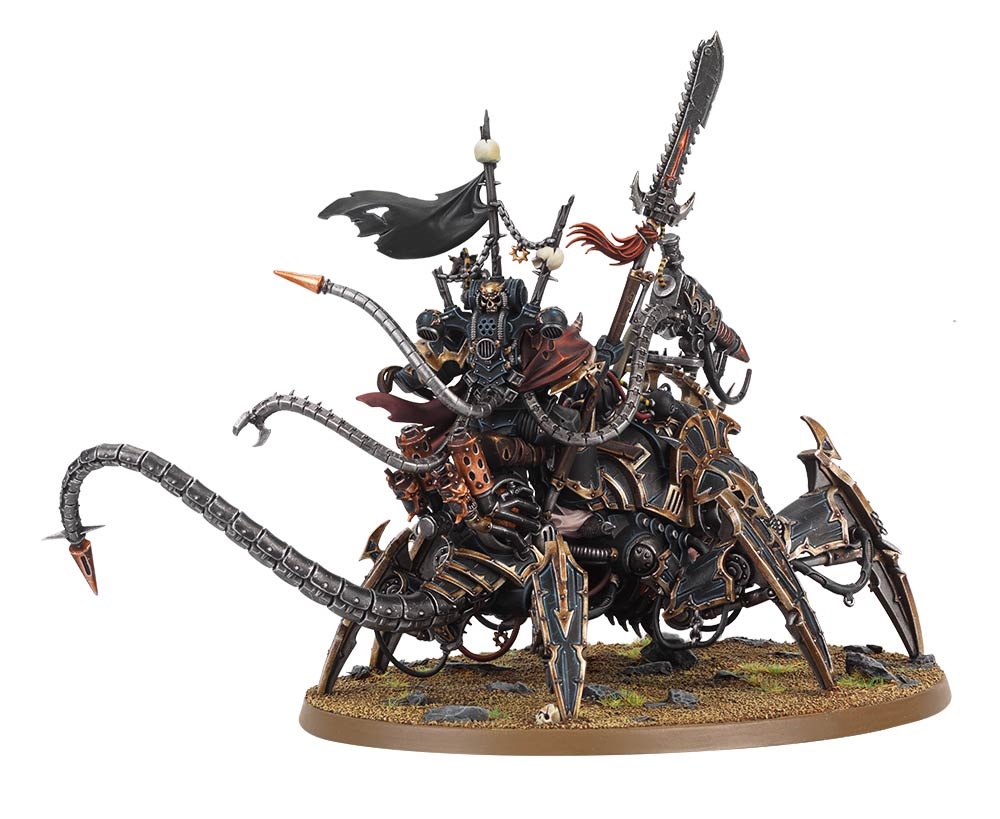 What really makes a Lord Discordant sing though is the Specialist Detachment custom made for our spiderboi here–the Soulforged Pack.

This opens up the Master of Soulforges Warlord Trait giving plus 2″ Move to all Soulforged Pack Daemon Engine units within 6″ inches of your Warlord, increasing the Lord Discordant’s Move to 14″! This Specialist Detachment also opens the Mecha-serpents Relic, replacing a Character’s mechatendrils and granting one additional attack for each enemy model within 1″ in the Fight Phase at +1 Strength, AP -1 and Damage 2. This is a significant improvement to the mechatendrils and will let your Lord Discordant make a mess of enemy hordes.

All of this to say, it’ll be tricky to keep him unscathed going into a fight.  He’s a big, expensive target that you can almost always see, and thus, always target. But if you can keep him boosted, he can make a great core for your army.

How would you run a Lord Discordant?