D&D: That Time D&D Was In The Washington Post

Everyone is getting in on that D&D action these days. From the New York Times to your favorite Twitter feeds, and now the Washington Post, everyone’s got something to say now that D&D is cool (again).

From a distance, you could look at all the recent stories about Dungeons & Dragons, which has been everywhere from high-society magazines to blogs to Twitch to cons to everything, and take away something along the lines of “nerds are cool now, and they run everything, so D&D is also cool.” But you’d be living in a world where there was only one Matrix movie, and the Y2K bug meant that you might have trouble finding a good bunker. Because that was the story back in the year 2000. So say what you will about D&D’s sudden surge of popularity everywhere, but, don’t call it a comeback.

But again, that would only be a surface level reading of it. And if you look at an article like the Washington Post’s How Dungeons & Dragons Somehow Became More Popular Than Ever you’d even get a pretty clear sense that it’s not talking about a game that’s “suddenly cool” but rather a game that does the thing we’re all hungering for. It brings us together. Sure, there are a few sensational details to be found, things like “this person is secretly a gnomish wizard,” but that’s also part of the appeal.

There was something about Dungeons & Dragons that spoke to Mario Alvarenga in a deep way. He tried it for the first time five years ago — never mind that he was not a teen, as most newbies are, but an adult. While experiencing the role-playing game, he could imagine scenes down to the tiniest detail: the bump of cobblestones on a street, the smell of baked goods in a market, the coldness of the wind. The boredom in his life melted away.

The whole point is that D&D takes you to another world, then turns you loose. And it does that with your friends. Friends whose faces you see–whose names you know. It gives you an opportunity to play in a way that most people are hungering for. It’s an excuse for creativity and imagination. In short, it unites us at a time when we’re looking for a deeper connection.

Today, however, the warhammer has swung the opposite way: D&D is considered wholesome, therapeutic.

While parents of one of those teens sued a school principal in 1983 for allowing her son to play, teachers now organize students into D&D after-school groups and summer camps. Some therapists use D&D to teach autistic kids social skills. And when a UCLA researcher adapted the game for a third-grade class, the students improved in areas including math, reading comprehension and conflict management.

Casting about for something he and his 11-year-old son, Gustavo, might do together for fun, automotive product developer Jeff Moss, 50, suggested D&D, his old junior-high hobby.

Within days, Gustavo was quoting verbatim from the rule books. Within weeks, he and Dad were logging six hours every Saturday at a D&D table at Boyle Heights Arts Conservatory in Los Angeles.

And that’s just one example. Some of my first games of D&D were with a diverse mix of ages (as in the example above) or with a variety of colorful characters. And now that streaming shows provide a visible example of what the game actually is, a lot of the preconceptions have passed. Pop Culture does what it does best–consumes everything and regurgitates it for a hungry audience.

There are entire episodes of shows about the game, from Freaks & Geeks to Futurama (which has several [and a movie]). So a lot of the barrier to entry has been lowered. You don’t have to work as hard to explain to someone what a roleplaying game is. Even if they’ve never seen the Community D&D episode, you can point most people to fantasy series as well, like Lord of the Rings or Game of Thrones. Our cultural vocabulary is a little broader, so things like D&D or video games aren’t as “othered” anymore.

It helps that 5th Edition is the most accessible version of D&D yet.

More people are playing, partly, because it has never been easier. D&D used to be a nitpicky, number-crunchy affair. Then, in 2014, Wizards of the Coast released a new edition — the beloved 5th edition — that is more streamlined, more spontaneous and less rule-driven. As the longtime L.A.-based player Barry Thomas Drake, 58, explains: “No more arguing about the precise number of mouse hairs you need for a certain spell.

That’s a little bit of an exaggeration, nobody ever argues about mouse hairs, it’s always how much bat guano you have, but this latest edition is welcoming to utter newbies and veterans alike. And it shows.

And with countless Podcasts, Streamed Shows, and a fancy live event coming in May, there’s no question about D&D having “arrived.” But again, it’s been here for years. It’ll keep being here for years too. RPGs in general offer up a unique way to experience a story. They have the immersion of a video game, but the flexibility and reactivity of an actual live human person. Your story can be like nothing else because it relies on a group of people to get it told. It has that interactive, immersive feeling that is driving events like SXSW’s Westworld and Game of Thrones events.

People want to take ownership of stories. Or at least to find some treasure–and games like D&D bring them that opportunity in a powerful way. It’s one thing to watch a story, another entirely to feel like you’re participating in it.

But even more than that, it’s about just connecting with someone else:

For pretty much everyone, the game is about connection. Across town at Mario Alvarenga’s table at Burbank’s Geeky Teas, analytical chemist Kristi Halbig, 40, admits that playing D&D forces her to “talk to real human beings.” She’s painfully shy and could otherwise spend her entire day staring at a computer.

Truly, the real Dungeons & Dragons were the friends we made along the way.

On that note, Happy Adventuring!

D&D By Way Of Bioware - Odyssey Of The Dragonlords 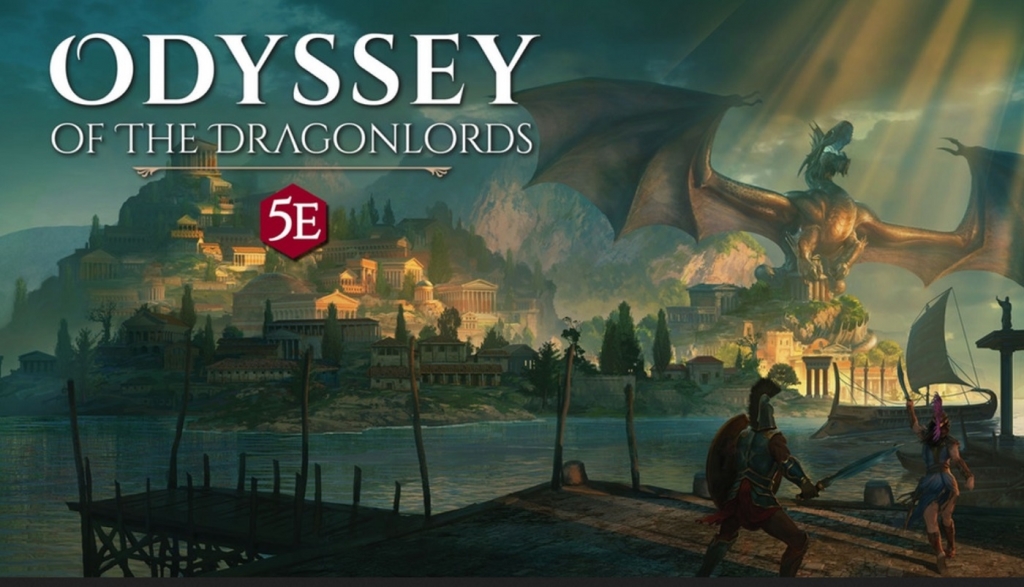