Goatboy’s 40K – You Got Your Daemonkin in My Red Corsairs

Goatboy here again. What happens when you cram as much Daemonkin into a Red Corsairs list? It’s good!

Heck, we will probably be seeing Chaos armies for the next month as I work on building out new options with the month of bad guys kicking butt.  This week will go with a theme of trying to use as much Daemonkin like nonsense in this build.  Sure will have some Chaos Space Marines as well – but that is because I like the new Red Corsairs Renegade rules.  This is how you get regular troops to show up in armies – make them gain some kind of benefit that isn’t free Vehicles or making the troop choice too good. But enough of that – let’s throw some points together and see what we come up with. 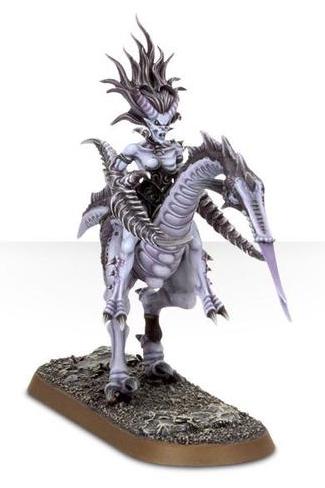 This army looks like a hot mess of random models, but it is all designed to work together in multiple layers of birthday cake that is known as the month of Chaos.  Almost the entire army moves, advances, and can charge.  Plus you got huge units that can be buffed up with multiple options, show up in random places on the board, and cause a ton of damage.  The only thing I couldn’t throw in here is a Raptorial Host (sounds like a really weird magazine editorial for a Bird Magazine) but we’ll save that thought for another list.  I wanted to try and keep things less duplicated, but I couldn’t help by trying to add in two Lord Discordants.  The army is going to move fast, engage you quickly and take up a ton of the board.  I expect the Command Points to get burned on turn two as you try to get into combat.  I think you can go with the 5+ inv save option for the Priest, but I expect the plusses to hit to be important.  The Master of Possession should be throwing down Cursed Earth and bonuses to the possessed.  The way everything is set up your creepy mutants will come in, hit very hard with a wave of Mortal Wounds.  The Chaos Space Marines can get recycled to pop up and throw out some wounds to clear ways for the Daemonkin to come in.

Will this army work?  Who the heck knows.  All I know is that it has Chaos Space Marines in it and no cultists!  The 3 Heralds of Slaanesh are there as they grant the ability for the Lord Discordant to advance and assault without burning that Command point.  Plus they throw out some needed Smites and the ability to get an extra assault phase for all these Daemons of Slaanesh.  And having the army have +2 to their Strength seems pretty good.  Next time I think I will look at a Lord of Skulls army using the Discordants and other options to push that jerk of a model into your opponent’s army.

~What do you think of the Red Corsairs?

40K: Winning With Chaos - The Lord Discordant And YOU