Monsterpocalypse: Armodax and the Pointy City 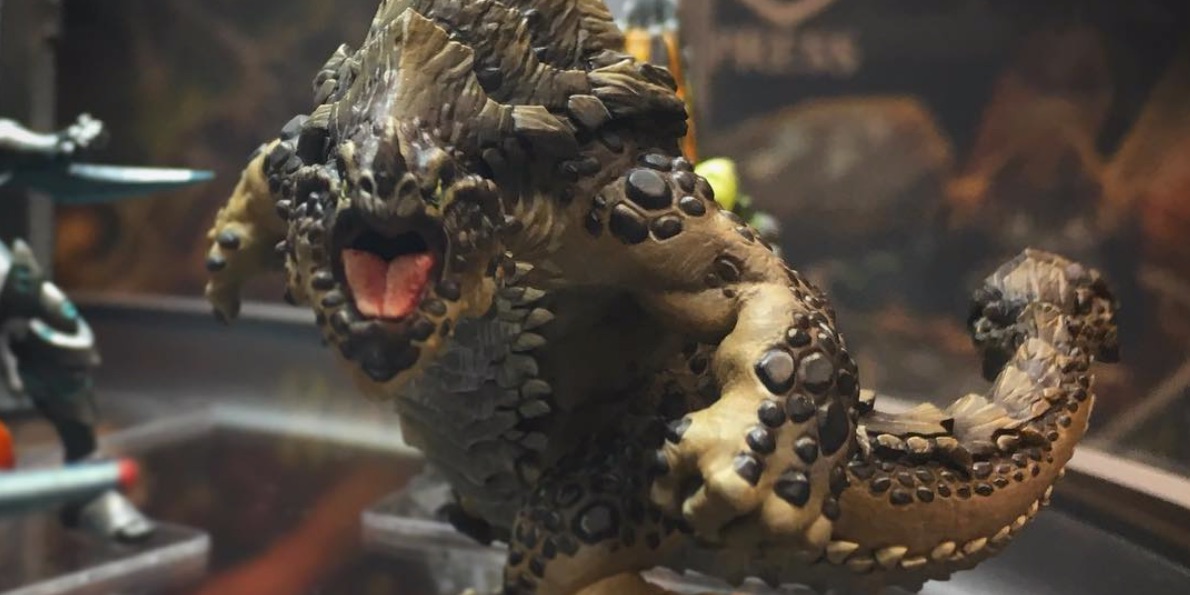 We’re doing some list discussion for Monsterpocalypse today! Is what started as a joke maybe actually a good plan? Let’s discuss.

With the release of Armodax and the Tokyo Triumph Building a question came up during our local MonPoc game night, can you make a city such that Armodax is immune to almost all damage?

Before we discuss, take a look at the cards in case you are unfamiliar. In particular pay attention to Armodax’s Armored ability along with Incombustible and Spire on the Tokyo Triumph.

Also, I want to thank the Monsterpocalypse 2018 Fan Group members on Facebook for providing most of these images. 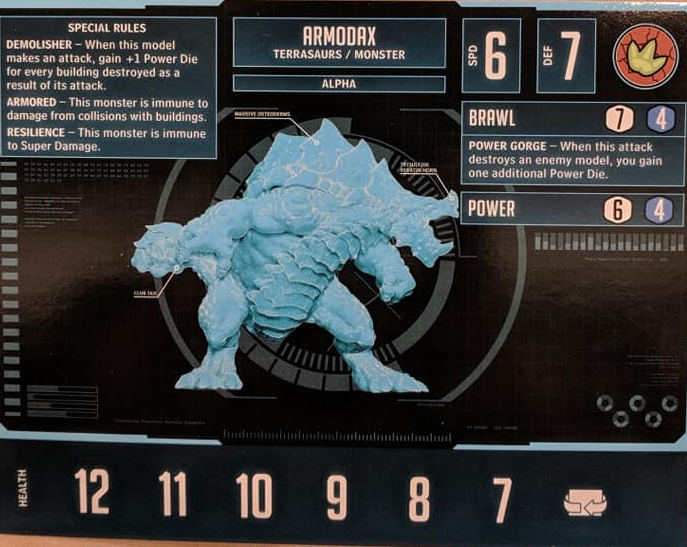 Both Alpha and Hyper form have Armored and Resilience 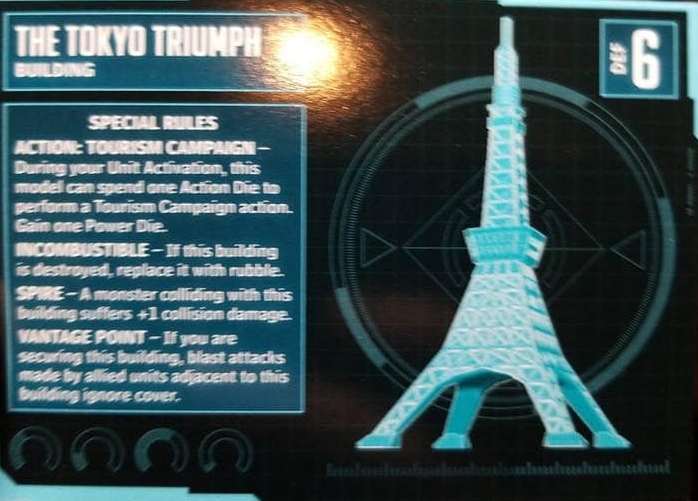 Sorry For the Blurry Picture

Put 4 Tokyo Triumphs on the board in central locations. If Armodax collides with these buildings he only takes 1 damage(from the initial attack) thanks to the Armored rule. Enemies will still take 3 damage from these buildings; 1 from the attack, 1 from the building collision and 1 from the Spire rule. This creates a city that Armodax takes very little damage from while your enemy takes regular damage throughout the game.

The Tokyo Triumph is Incombustible, which means it doesn’t leave a hazard behind when it is destroyed. This also means a Repair Truck can drive up to the rubble and bring one back into play for a single action. As the game goes on you can keep popping spires back up all over the city.

The star of this plan is Armodax and he doesn’t rely on many units to make it work. Therefore pairing with Sky Sentinel makes a lot of sense which is what we’ll do here. We can fill the units out with air support and let Sky Sentinel do its thing, passing out Boost dice to all flying units.

The other monster that jumps out as a partner is Krackenoctus due to the Waterlogged ability. This would put out the fires on any hazards ensuring even more spaces that Armodax doesn’t need to worry about taking damage from.

Buildings – The Tokyo Triumph is the building we want to get the most of. After that fill out your building spots with Incombustible buildings. Remember, we want to create as many spots as possible where Armodax only takes 1 damage. So any combination of the following buildings, after maxing out on Tokyo Triumphs.

With the inclusion of the Statue of Liberty and 2 Repair Trucks, things get a little crazier. Normally you would only be able to take 1 Repair action per turn even if you had multiple Repair Trucks out. However, if you are securing the Statue Of Liberty both of your Repair Trucks can make this action. This could potentially allow you to bring back 2 Tokyo Triumphs in a single turn! 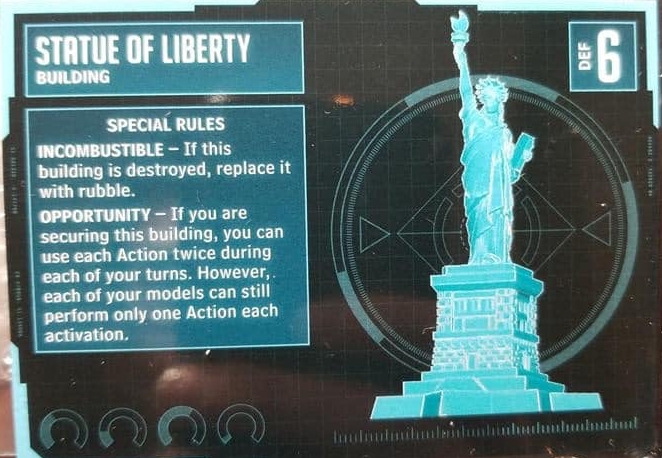 The new Imperial State Building is a worthy consideration, even though it isn’t Incombustible. That’s because it’s City Planning ability allows you to swap the position of a building you are securing, with any unsecured building on the map. This would let you bring back a Tokyo Triumph with a Repair action, then send it across the map for your opponent to later be thrown into. 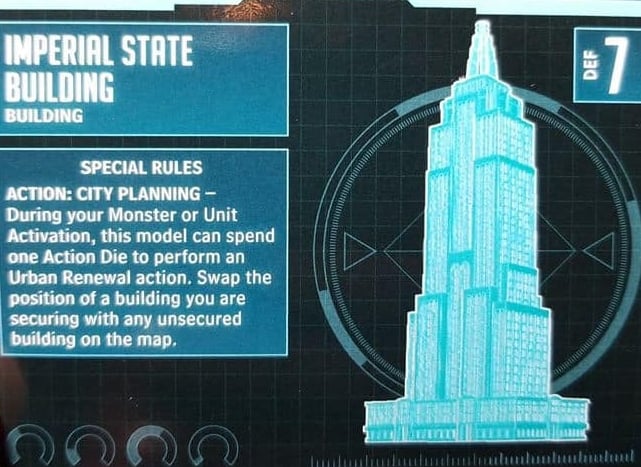 At the moment this list is all ‘TheoryPocalypse’ as our local group hasn’t gotten their hands on the buildings to try this yet. But what started as kind of a joke, seems like it may actually be a solid plan. Obviously, your opponents will be bringing their own buildings, so there will likely be some hazards around that can damage Armodax. Still, it seems interesting and I’m excited to give this list a try in the near future.

What do you think of Armodax and the Pointy City list?