In this weeks concept art insider I’ll be discussing the visual development of the MiniCrate exclusive Ancestral Guardian Angel. Using the concept of the Ancestral Guardian and turning it into an angelic statue was fairly straightforward. The Most challenging aspect of this would be keep the part count and overall mass down. With that in mind Andrea produced the three different sketches you see below. 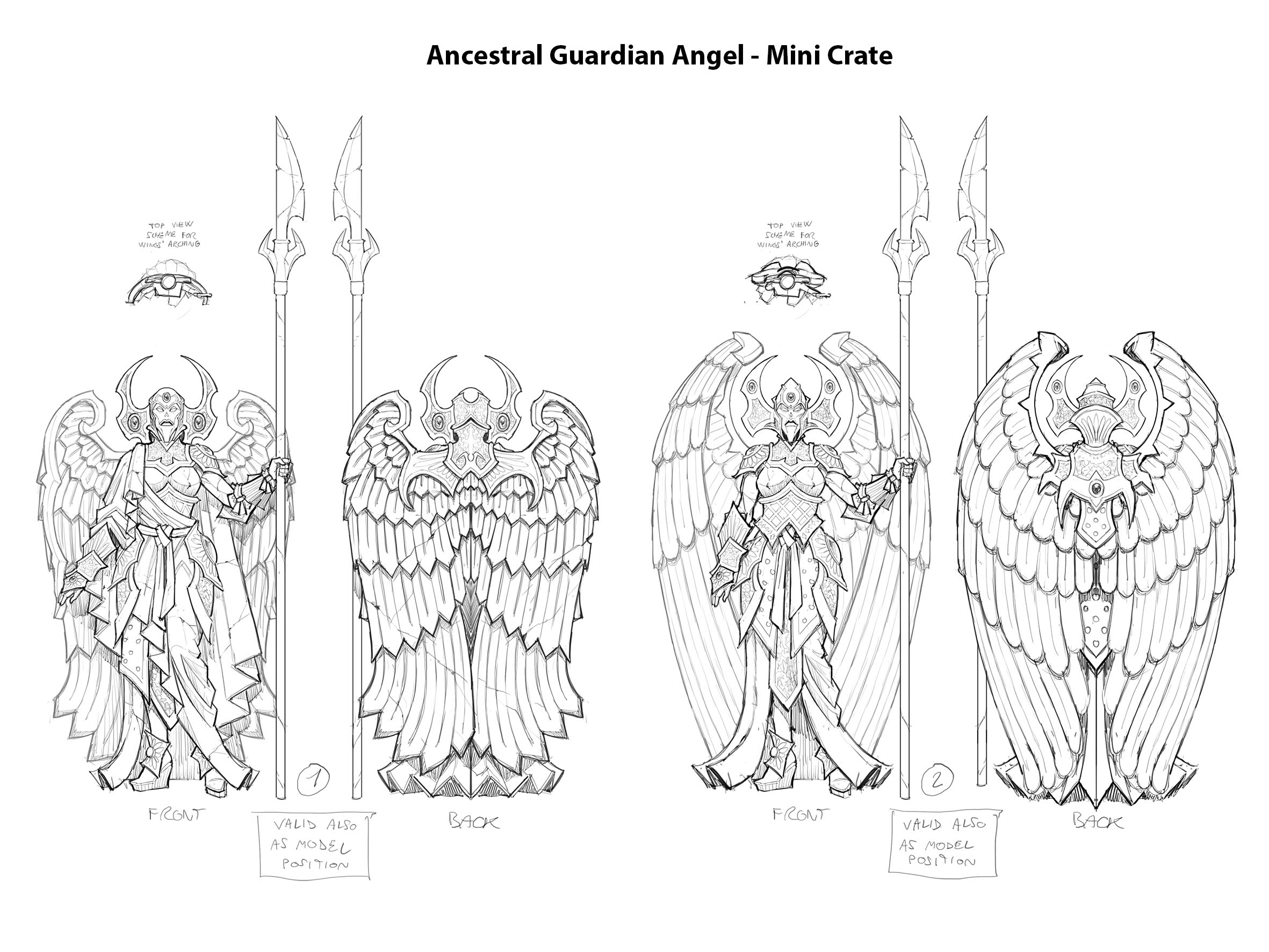 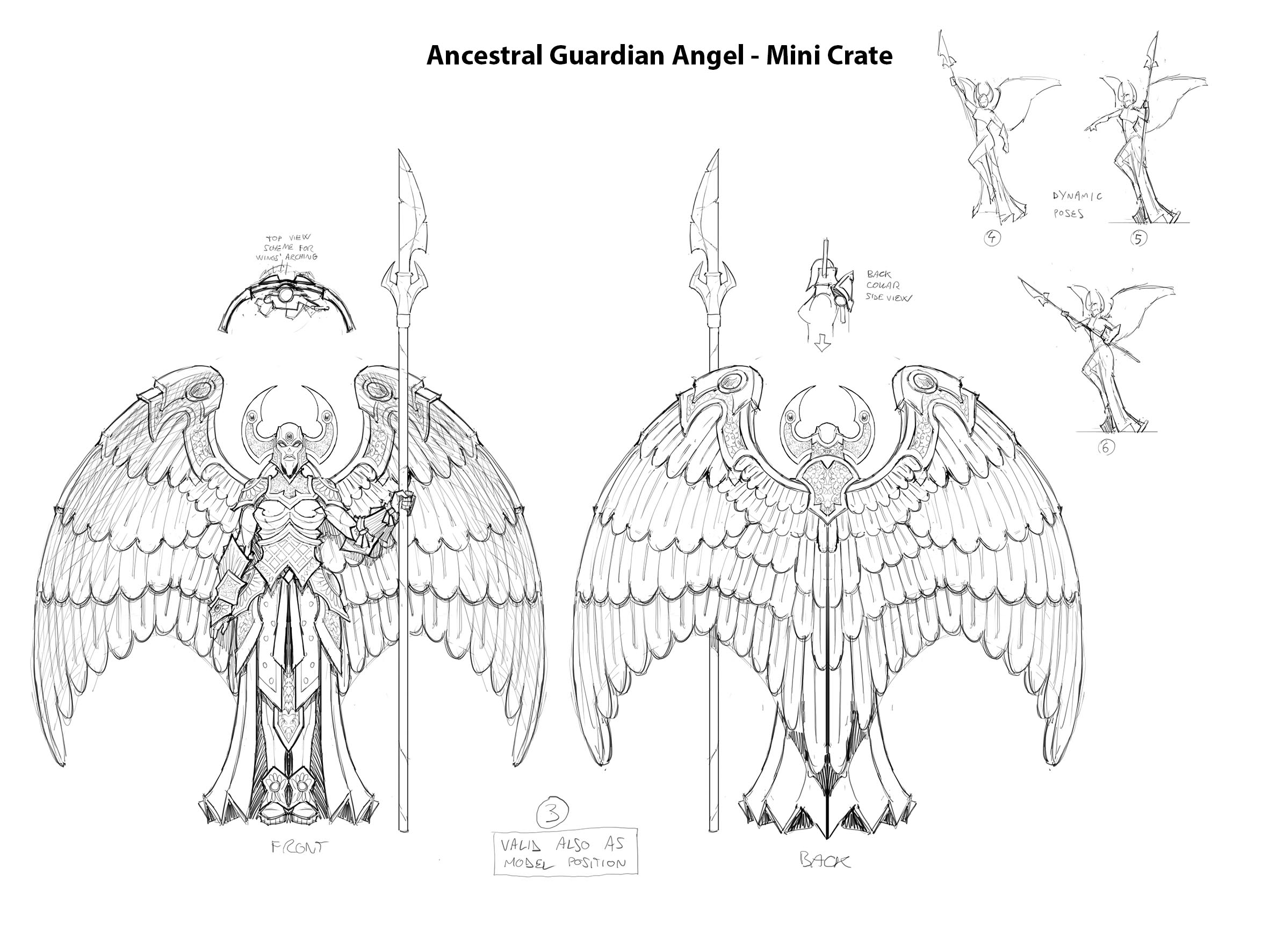 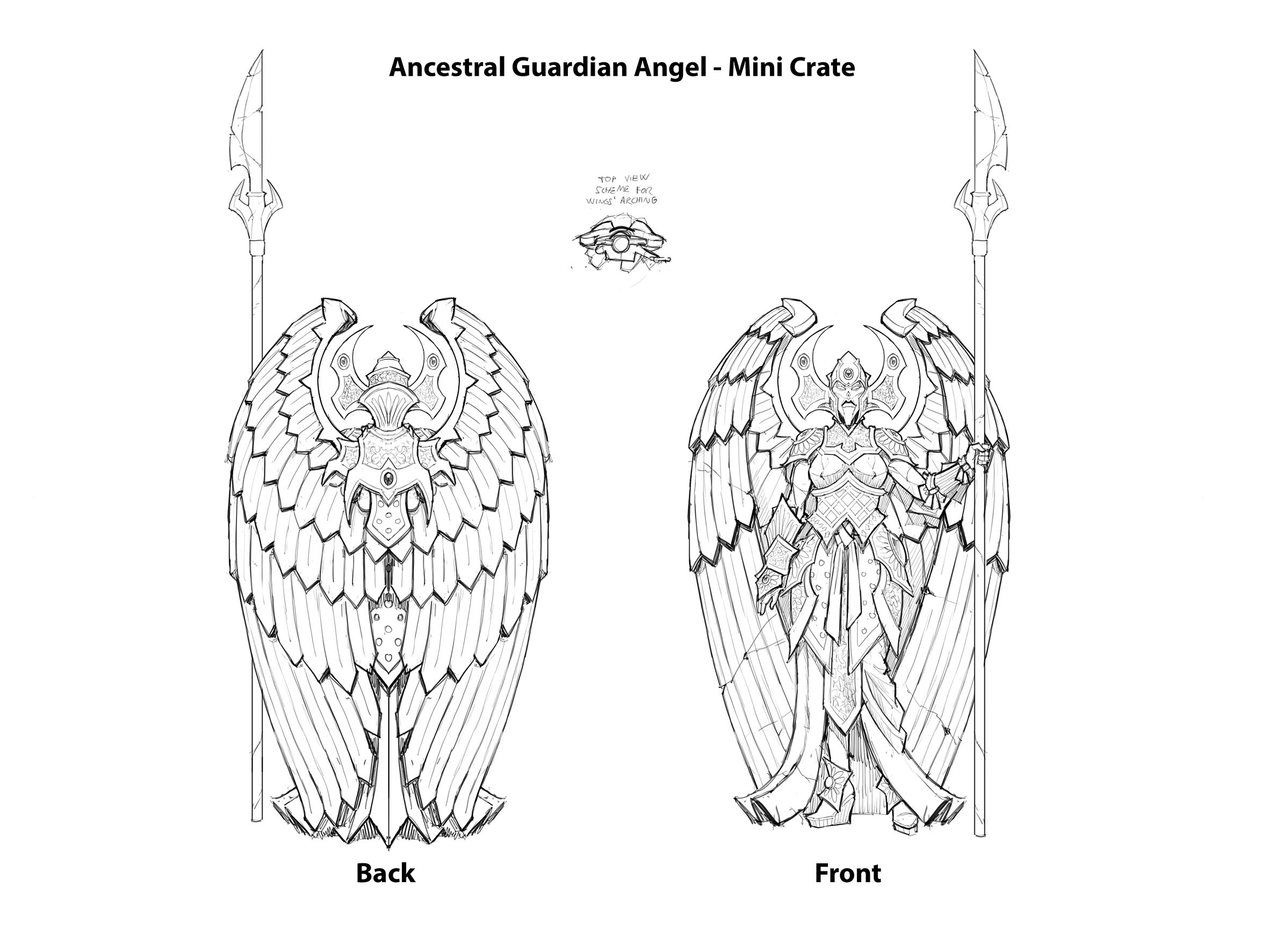 I really liked V3 but the size of the wings would cause a problem with both base overhang and the model mass. With that the clear choice was with V2. Andrea polished the line art and the concept was ready for sculpting. The only thing left to do from the 2D was to establish a studio color scheme that I based upon the Ancestral Guardian concept. 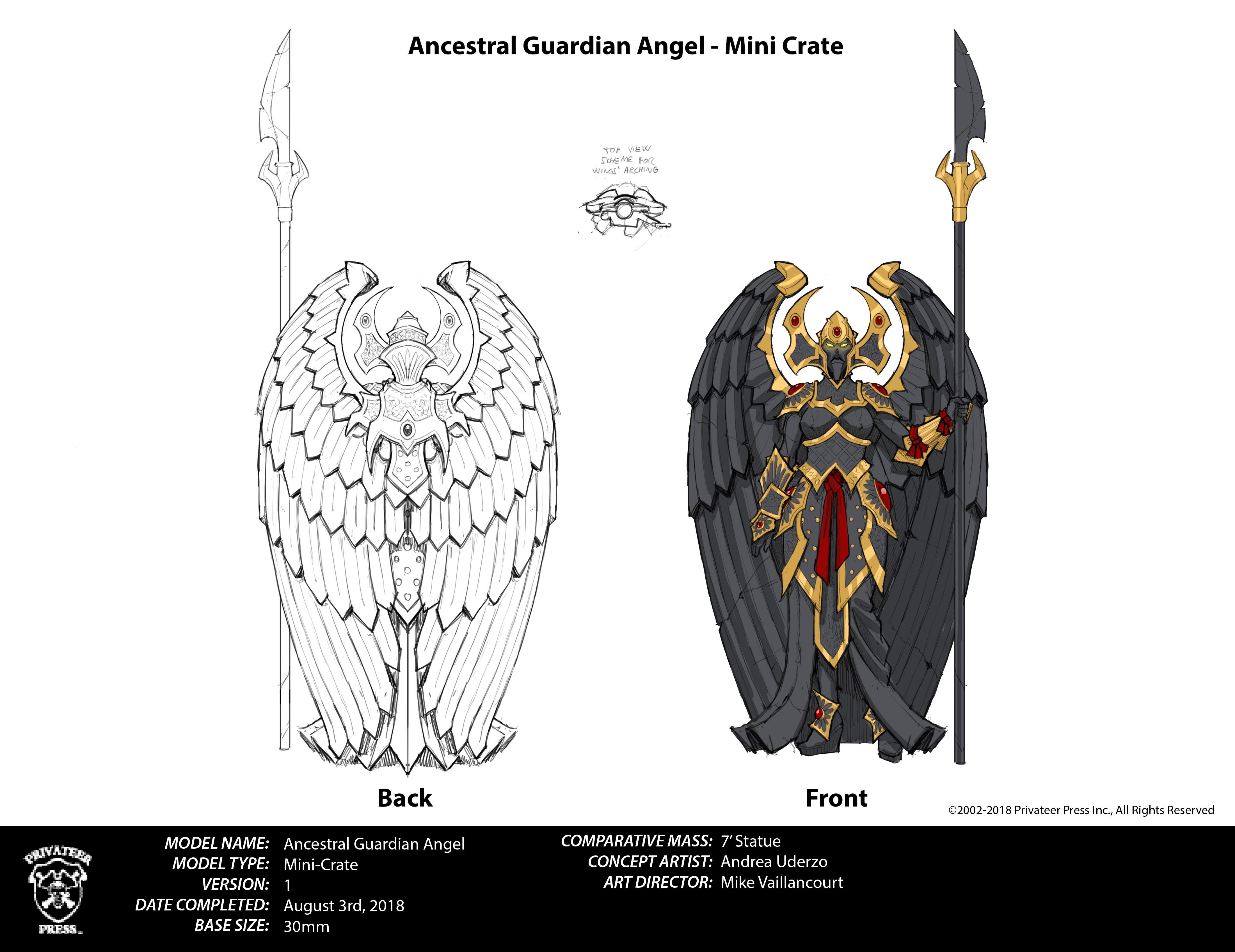 Let us know what you think of this new concept in the comments!