RPG: Getting ‘Buy-In’ From Your Players 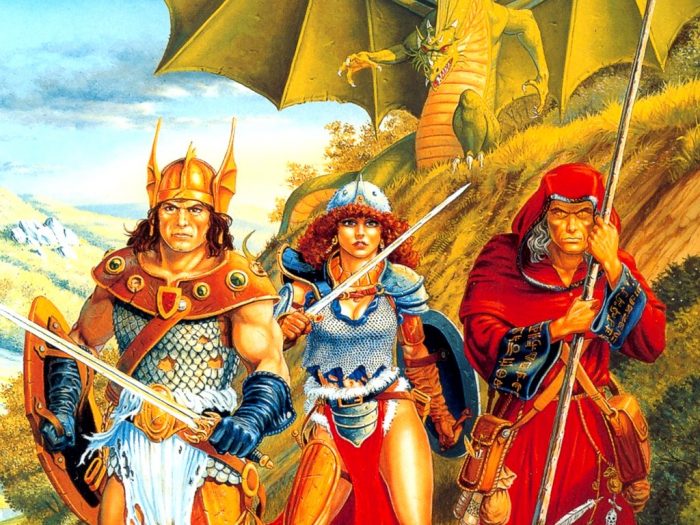 Engaged Players will drive the game sessions forward – here’s how to get them to that point.

One of the greatest moments you can have over the course of a campaign comes when the players show up around the table and answer “so what do you do now” before the question’s even been asked. It’s a sign that they’re invested in the game–and in their characters–enough to take initiative and to come up with their own goals. And moreover, that they feel it’s worth the effort to try and accomplish using whatever resources they may have at their disposal. It’s the the moment when the players stop waiting around for adventure to find them, and go out in search of it.

It is a powerful moment and it’s because of one key thing: Ownership. Whether it’s in their characters, or the world of the game, it’s that moment when the players take charge and start acting, not just reacting. Maybe they talk in character a little more. Or maybe just spend time talking about the things they want their characters to do. But when that happens, all you have to do is sit back and listen and the campaign can sustain itself, even if where the players want to take it isn’t necessarily what you’ve got planned.

So how can you get your players to take ownership of the game? Here are a few ways you can work with your players to get them more invested and to help keep your games alive.

Not to get too corporate consultant-y here (don’t worry nobody’s going to be talking about leveraging core synergies or making a value pivot to a new, dynamic paradigm), but setting goals is one of the easiest ways you can get your players invested in the game. After all, once they start setting goals and trying to achieve them, they’ve bought in–at least enough to want to try and see their crazy idea through.

Yeah this looks like something my players would pull…

But how do you get your players to do that in the first place? After all, a lot of times the goal they’re accomplishing has been set by that mysterious hooded figure sitting in the tavern looking to hire adventurers. Which, don’t get me wrong, that’s fine–and you can even use that hooded figure to show your players how to go about setting up a goal. One way that I use is asking them how they want to accomplish something, not just what it is they want to do.

So to use our mysterious hooded figure example: suppose our MHF needs an amulet retrieved. Rather than telling your players, “oh hey there’s an amulet, go get it,” or even “figure out where it is, and then go get it,” have the hooded figure ask them how they would go about getting the amulet. After all, the characters are the expert adventurers–right? And then (and this is the tricky part) whatever the players say? Let that idea work (at least in part). The more your PCs see their ideas working, the more they’ll learn that they don’t necessarily have to have all the answers—they can just say, “I want to try this,” and feel like they’ve got the space to think about it.

And just like that, you’ll have taught them to start thinking about what their characters want. And how to go about accomplishing it.

Another good trick to engaging your players is to get them to buy into the world. Discovery is a huge part of that – and I don’t mean necessarily stepping into the parts of the map where “here be dragons,” but rather just figuring things out that make the world a little more real to them. Hint at something interesting that lies behind the (possibly metaphoric) horizon and then let them try and get there.

Dragons be everywhere depending on the world you pick…

For this, I’d like to turn to one of the better game series to come out in recent years: Dark Souls. Dark Souls is mostly a video game about getting killed over and over and over. But it is also about wandering through this massive, inter-connected world. And one of the things that really drives the game is seeing these locations in the distance – and then actually getting to go there. It’s a powerful moment to realize, “oh hey that part of the map was there for a reason.”

So how do we get those moments in a game? And do they all have to be about getting to a place? I don’t think so. I think the concept at the heart of this is discovering something about the world. I think it’s just as valid to have the PCs discover some fact about their favorite tavern (did you know the Eye of the Beholder was once a hideout for a legendary thief?) as it is to have them find an ancient ruin. The trick is to give them enough information but spread out a little so that it feels like they’re putting the pieces together. You know those rumor tables? Take one or two, assume they’re true and then figure out how you’d get the players to know about it.

Take the Tavern that was a hideout for a legendary thief for example. Maybe they hear a name associated with it, and then come across the name on another unrelated adventure. The name turns out to be the name of the thief and once they figure out who he was, they can investigate the tavern – which before they might never have thought to do. This can be especially potent if you’ve moved on from the Tavern’s location. Getting them to return to places they’ve been with a new eye is a great way of getting them to start setting their own goals and taking the reins a little more.

Ask About Their Characters

And once you’ve done that you can just have characters start asking them about what they want. Make it an in-game conversation – maybe the players have done something impressive and saved the town from a rampaging monster. Or have made a newfound ally – it can be easy to set a little scene where the goal is to just talk about character things. Have a barkeep notice them coming in, and offer up an ale and ask, “so why do you adventure anyway? What do you want?” Ask them questions that get them thinking about their characters – but have it come from the world of the game. You might be surprised at how effective that can be.

Once you’ve gotten your players thinking about their characters (because NPCs have been asking them stuff) you can start figuring out how to put together a scene where the whole goal is to let the characters be themselves. Give them something in-game to talk about. Maybe it’s one of the aforementioned interesting ideas in the world, maybe it’s something political; You’ll have to try and get a sense of what your particular group is into, but once you have picked up on it, give them something that their characters will have opinions about.

Who would have thought creating grounds for a flame war would be a GOOD idea?

And once you see what kind of discussions start taking hold, you can start setting up more active scenes that can draw them out a little more. If you have a paladin who is all about a certain kind of justice maybe have a scene where they come across a priest who has a different idea about justice or the way the world works, or what divinity means… basically it’s important to make sure and create opportunities where there’s not much pressure story or combat-wise, but where you can let the characters shine through.

Once that happens, it’s easy to play those up during the big dramatic encounters.

So once you’ve listened to your players and tricked them into role playing at least a little, what then? Well that’s when you reward them for their efforts. Have something big or important or meaningful happen to their characters. Something unique.

As an example, we’ll turn to another video game – Skyrim – but here we’re looking at an example of what not to do. If you’re not familiar with Skyrim, it’s a game where your character can become anything and explore the world… but the problem is that it never really changes the game. For instance, your character can become the Arch-mage of the great college of magic but after a brief scene, nobody cares. You’ll still be sent to go kill rats or clear out bandits from a cave.

The big advantage of a human GM is that you can adapt to the things your players do. Let them have meaning and let it be important that your heroes have found a treasure. They’re the only ones who have! Even something as simple as fighting off some orcs can be made meaningful if some of the townsfolk come up and thank them afterwards… it’s just a matter of taking the time and letting your game change a little to show the players that their actions matter.

Those are just a few quick ways you can get your players to try and buy-in. You can dive a whole lot deeper, but hopefully this gets you started thinking about how to level up your own game.

Until next time, how do you get your players involved? What’s your best trick for making them take notice of something?

D&D: Gaming For A Good Cause - LGBTQ Youth