You wanted to see the Keeper of Secrets and their rules? We’ve got you covered! Behold the Greater Daemon in all it’s glory.

We already took a closer look at the kit and now we’re diving into the rules of the new Great Daemon of Slaanesh’s rules. The Keeper is here and playing for keeps!

Keeper of Secrets – Age of Sigmar 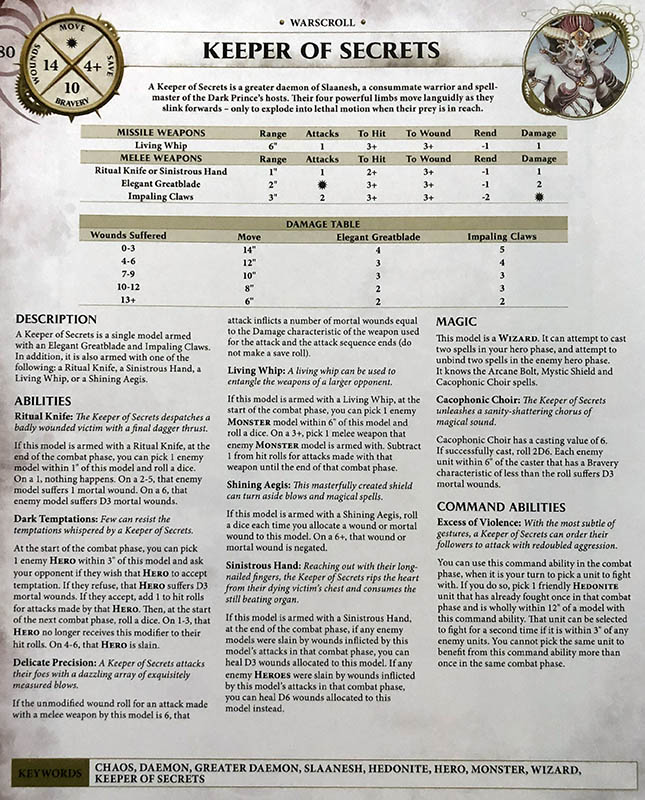 We’ve gotten a few looks at the KoS rules already – in fact, you can find a copy of them for AoS right HERE. It should be no surprise to anyone that the Keeper is an absolute beast in the game. It has quite a few options for different weapon load-outs and each one has it’s uses. The Sinistrous Hand is going to be a popular option as it allows the Keeper to heal D3 when it kills a model – or D6 if that model was a hero.

You can go down the list and see that each ability is going to offer something extra for the Keeper. Dark Temptations is a tough choice for your opponents. Delicate Precision converts wound rolls of 6 into straight mortal wounds. And then we get into the Magic and Command Abilities of the Keeper – both of which are going to be very useful! Excess of Violence will allow you to nominate a friendly Hedonite unit wholly within 12″ to fight again – take that Khorne!

And by the way, that’s not including all the other Allegiance Abilities the Keeper of Secrets gets access to (like the Slaaneshi Locus). As a total package, it’s one mean model!

In the Grimdark, the Keeper is just as deadly – and slightly tougher! 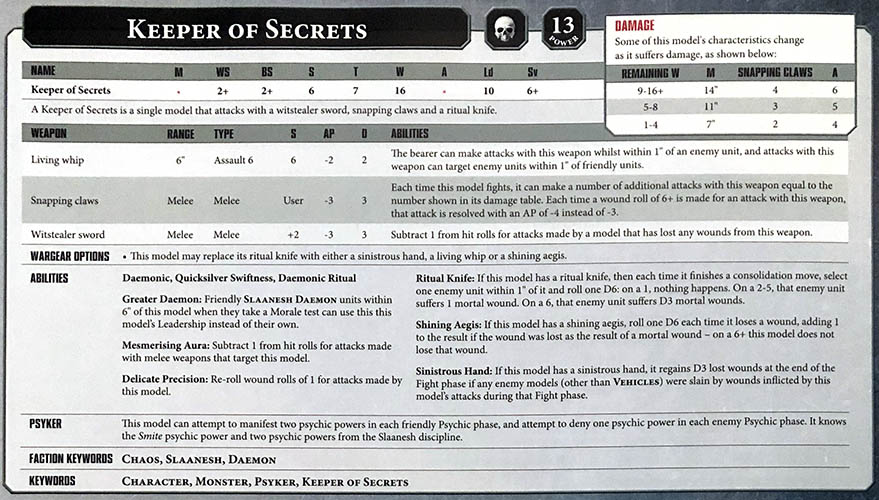 16 wounds at toughness 7 is no joke. And as a Daemon, it comes stock with the Daemon invulnerable Save. That said, the Keeper is going to have trouble outside of close combat as shooting attacks are not it’s friend. Thankfully, it’s still got that Sinistrous Hand so it can get an option to regen those lost wounds. The Keeper is also pretty darn quick with a 14″ move. If you can get the Keeper into close combat it’s going to terrorize whatever it hits.

Mesmerising Aura will help keep it in the fight and those Snapping Claws can generate a lot of bonus attacks. Or you can swing for the fence with the Witstealer Sword which will also net your opponent a -1 to hit when they take a wound and manage to survive the onslaught. Plus, as a Slaaneshi Daemon who can also sling two Psychic Powers a turn, it can make itself fight twice. Enemy Characters are not going to enjoy fighting this Greater Daemon. 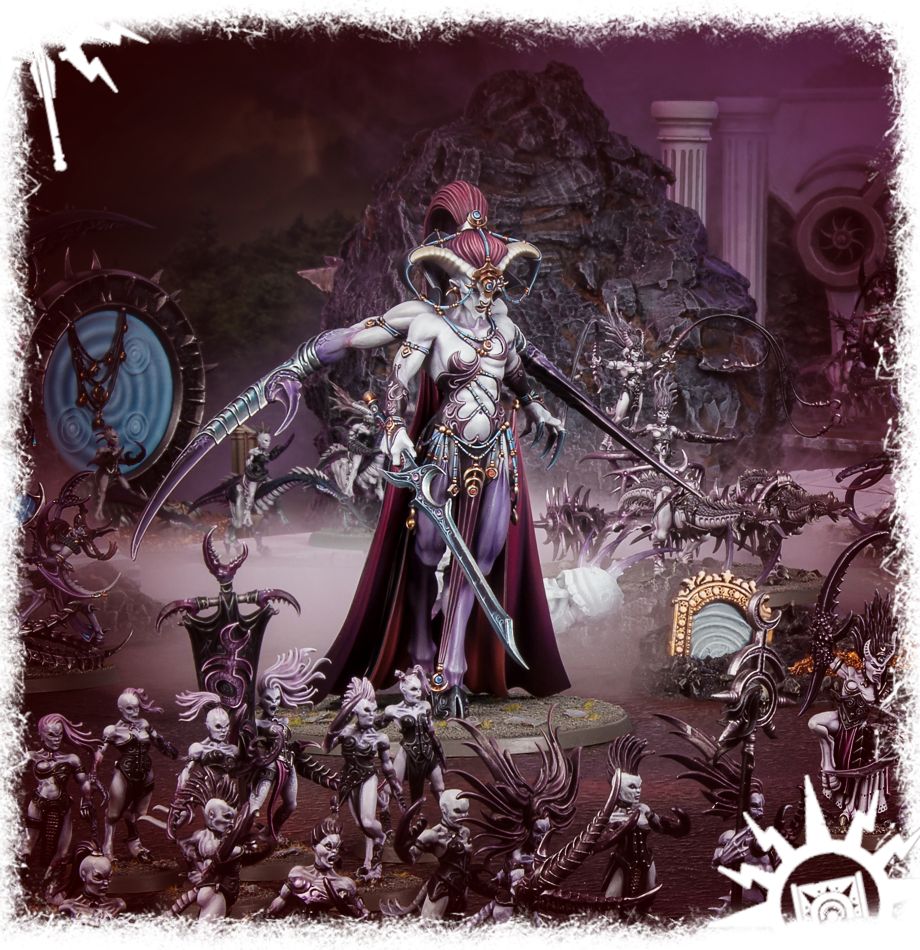 If you were looking to start (or already own) a daemons of Slaanesh army and want an epic looking center-piece model then I think you’ve found your match. The Keeper of Secrets is back and ready for battle!

How are you planning on using your Keeper of Secrets?

Author: Adam Harrison
Writer, Editor, Texas Native, and Austinite for 15+ years, Adam covers all things Tabletop Gaming. Which includes Warhammer 40,000, Age of Sigmar, D&D, Board Games and everything else that involves dice, boards, cards and a table. A hobbyist, player, and collector of miniatures and games, Adam's current obsession are his Death Armies for Age of Sigmar, his Blood Angels and Tyranids for 40k, and his ever growing Arkham Horror: The Card Game Collection.
Advertisement
Age of Sigmar AoS Chaos Rules Tabletop News Warhammer 40k
Advertisement