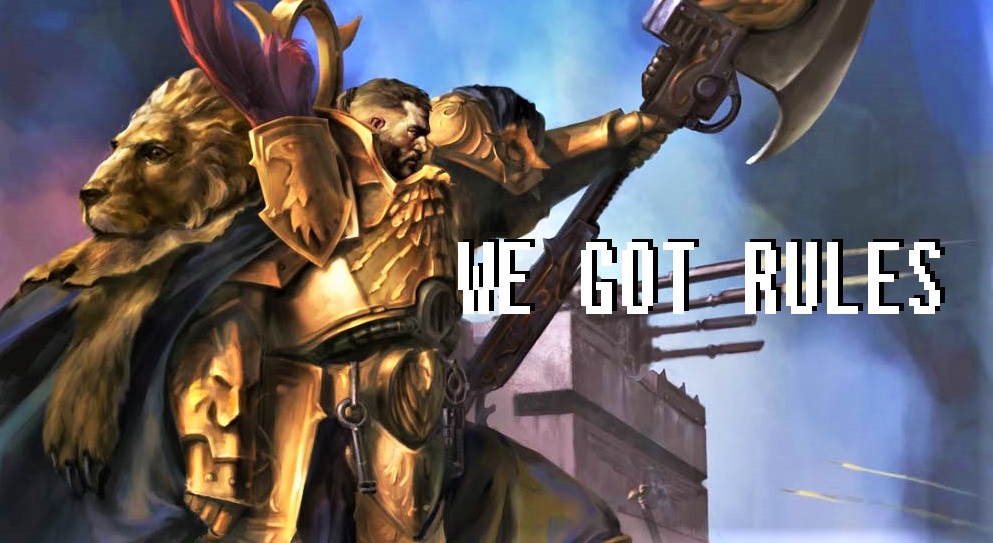 The Adeptus Custodes are the literal golden boys of the Imperium, and now you can field like three of them in your games of Kill Team, thanks to Elites.

Kill Team Elites is up for pre-order, and we’ve got a look at the new Adeptus Custodes faction in it. You’ll get three models total to build from, the Custodian Guard, the Allarus Custodians, and the Shield Captain, seen below. Each of these is a particularly beefy boi, who feels just as elite as the rest of the Custodes do in 40K proper. Here’s a look at the faction as they are in Kill Team Elites: 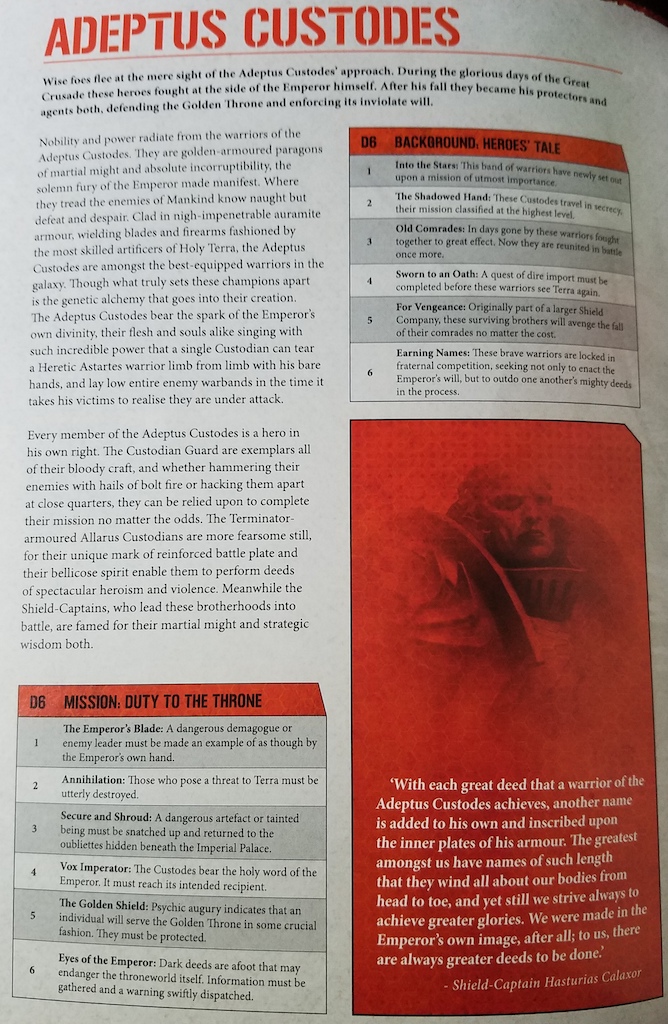 As you can see, they get the full Kill Team faction writeup, including their missions, names, backgrounds, and quirks. You’ll also get six faction tactics, ready for you to spend your hard-earned command points on. And then there’s the Shield Captain himself, an elite commander for elite commanders: 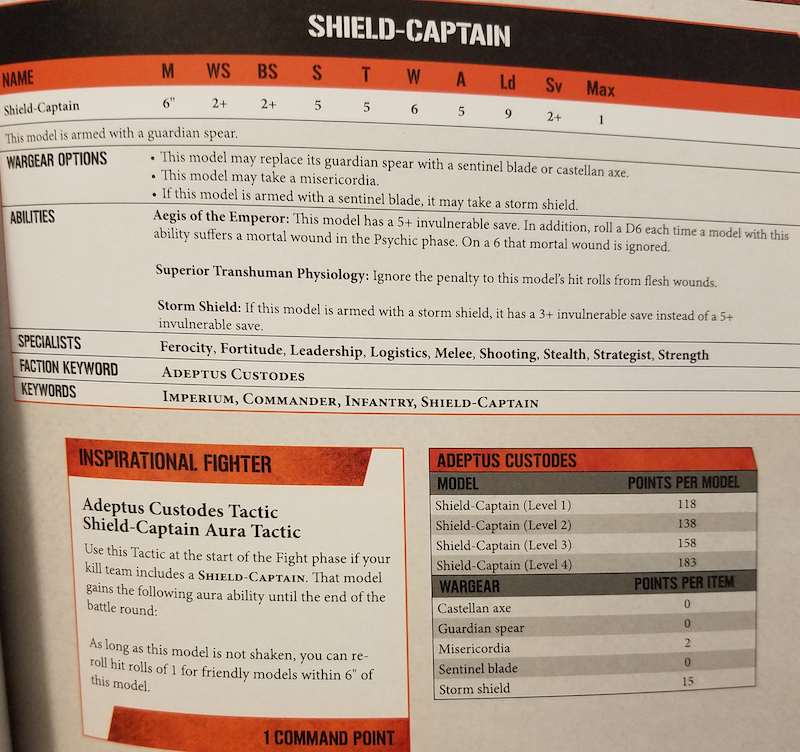 As you can see, the Adeptus Custodes live up to their fluff. 6 Wounds and 5 Toughness make them pretty hefty–but putting together your Kill Team is going to be pretty tricky. At 118 points, you’ve got just about enough to squeeze in a henchman in a 200 point game. At any rate, the Adeptus Custodes make for an interesting, and resilient Kill Team. With the potential to build a pretty sturdy team of 2+/3+ saves and multiple wounds, you can endure some withering firepower and still come out on top.

It’ll be interesting to see how these new factions (and the concept of Elites in general) fit in with the Kill Team concept–after all, Kill Team is a game of the small scale skirmishes that have a big impact on the game. With Elites like the Custodes, it’s getting to be much larger than life. Time, and the Competitive Kill Team rules, will have to bear it all out.

What do you think of the new Custodes Kill Team? Let us know in the comments!