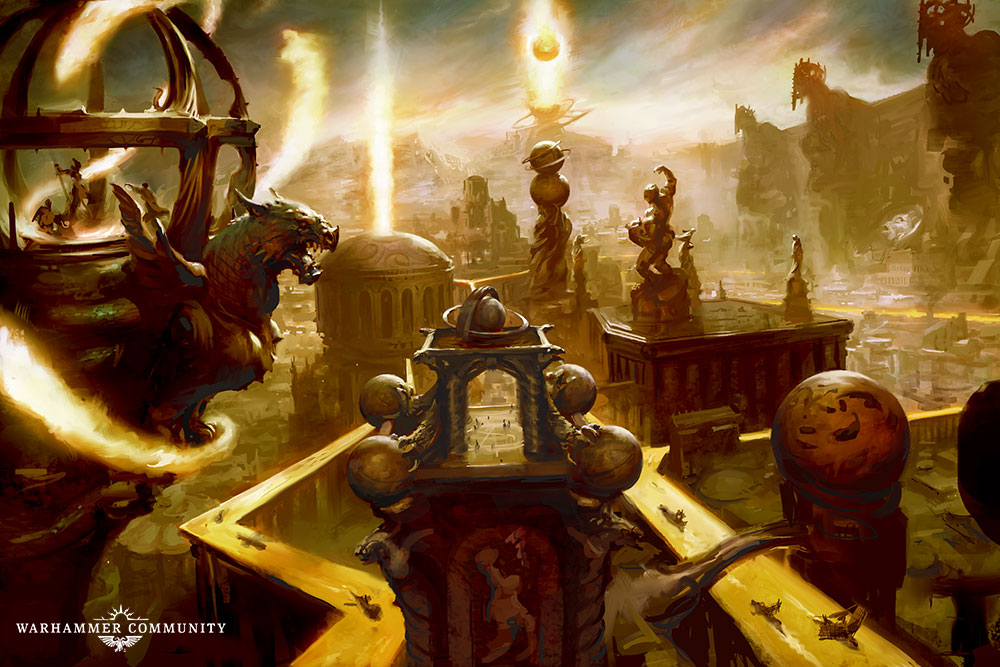 Now that they’re in the wild, here’s a look at the Dominion of Sigmar Rules. Find out how this new terrain will affect your army.

Forbidden Power, the new expansion for Age of Sigmar, has brought a wave of change to the Mortal Realms. In it, we see more of the aftereffects the Necroquake unleashed in Malign Portents, when a band of Skaven infiltrated a massive monument built by Nagash himself and inadvertently disrupted a magical ritual that has swept across the Mortal Realms. As a result, magic–and in particular Death magic–is much more prevalent. But also the magical vaults known as Stormvaults have been damaged. And now, parts of the Realms locked away since the Age of Myths when gods and other powerful beings warred with each other and created artifacts and structures of amazing power.

Whole cities were locked away by Sigmar, who co-opted magical engines invented by Teclis to help foster enlightenment in those nearby–instead these penumbra engines have hidden away parts of the world. Until now.

And one of the big things unveiled are whole swaths of ruins and terrain from cities of ancient wonder and impossible construction–terrain, if you will. Terrain that represents the Dominion of Sigmar. In addition to looking amazing, these new kits have some fantastic rules. Let’s take a look. 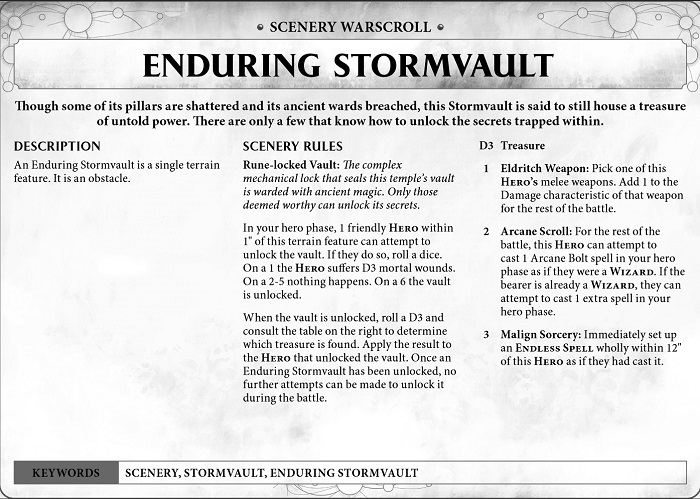 We’ll kick everything off with the signature piece, the enduring Stormvault. These can only be accessed by Heroes, and as you can see, there’s a high risk, high reward element here–as you risk doing a ton of damage to your hero–but you have an equal chance of unlocking a powerful boon, up to and including an Endless Spell that you weren’t planning on. 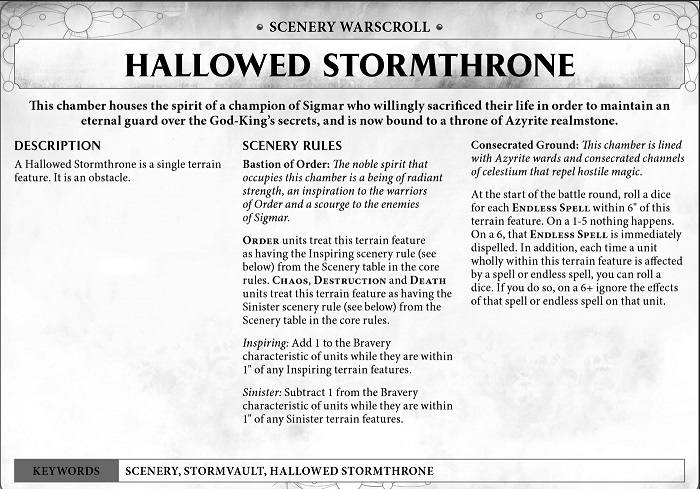 The Hallowed Stormthrone is a beacon for Order players and offers a unique protection from those troublesome Endless Spells. It is interesting to note, though, that certain things that behave like Endless Spells aren’t actually spells–Khorne’s blessings, the Fyreslayer’s Magmic Invocations, and so on–so you may not be as safe as you think. 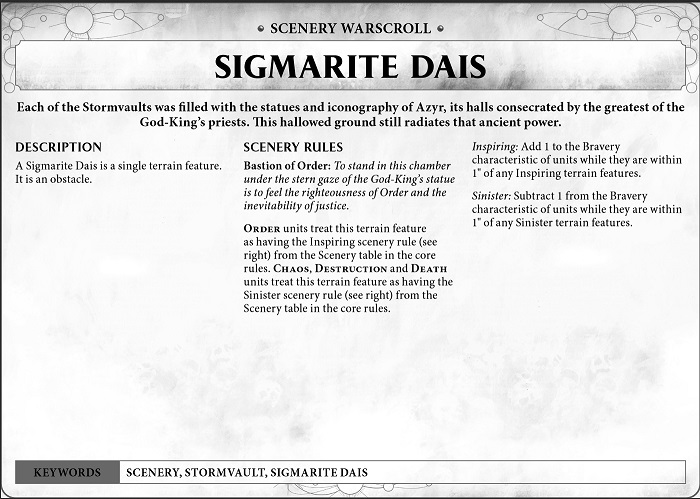 The Sigmarite Dais is a pretty standard Inspiring/Sinister terrain that helps you stack the deck in Order’s favor–but dang does it look good doing it. 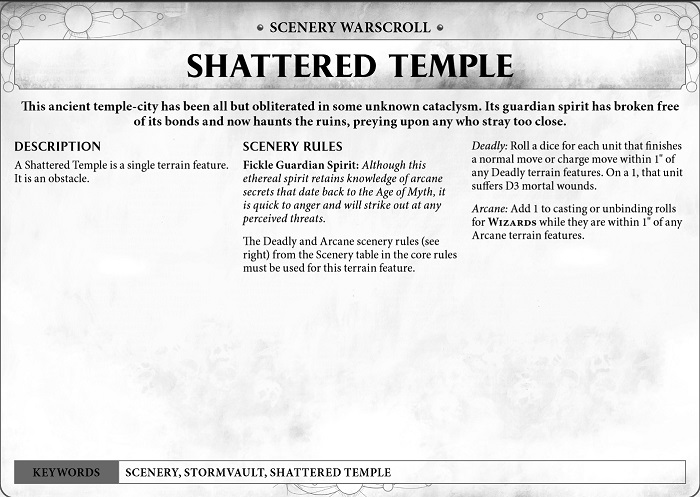 The Fickle Guardian Spirit of the Shattered Temple means you’ll risk getting to it–but if you can reach it (and hold still) you’ll have a much easier time casting. 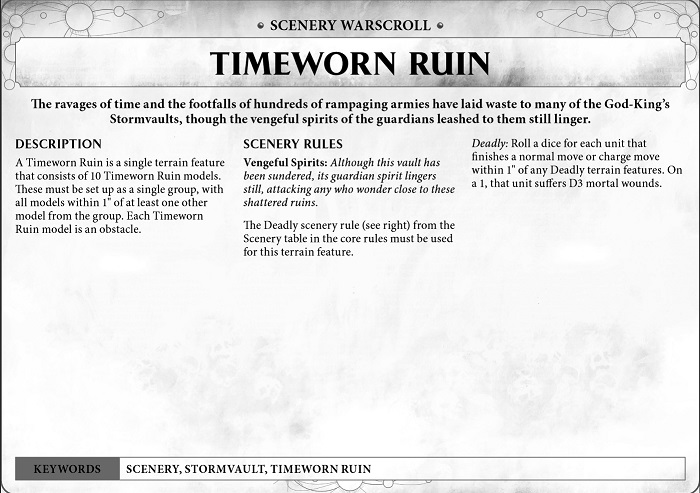 Timeworn Ruin is an interesting one–it’s spread out over a wider area, and Vengeful Spirits threaten all who wander near.

And those are the rules. If you want to see the features for themselves, be sure and check out our overview video:

Until next time, Generals!