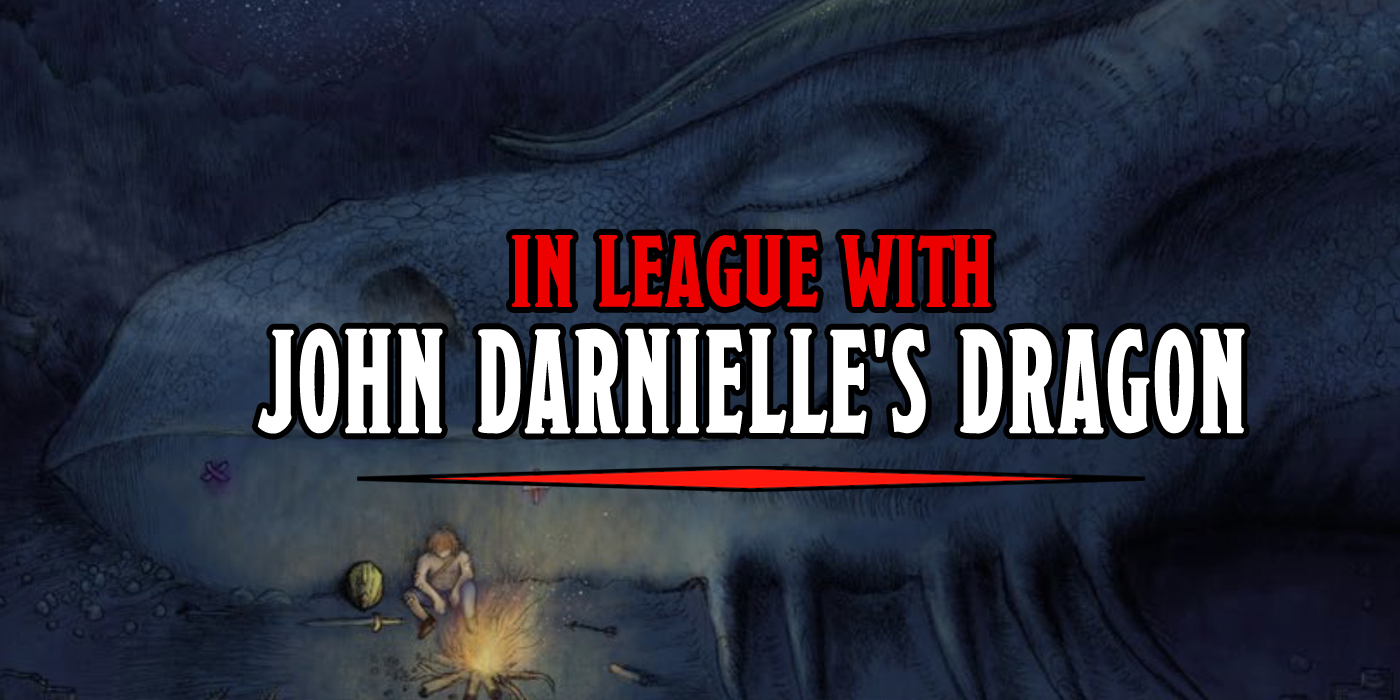 The Mountain Goats are more In League With Dragons than you’d think. Here’s the Dragon from their new album, given form in D&D 5th Edition.

If you missed it, earlier this year, The Mountain Goats released a new album–and launched a new tour, currently ongoing, titled In League with Dragons. The premiere concert took place at WotC headquarters back in January, and brought together two great tastes that taste great together.

In the latest issue of Dragon+, the novelist, songwriter, and musician opens up about what went into the music and his relationship with roleplaying games, dice, dragons, writing, and music.

When I got to the fifth grade, they started asking you to pick your own subject to write a report about. And the first thing I wrote about was dragons. I looked at the history of Chinese and Welsh dragons, and I still remember the green translucent sleeve I put the report in.

The origins of the latest album can be traced back to a love of mythology and wizards–growing out of a rock opera about an aging wizard whose declining powers have left him wanting when wolf creatures come to claim his village. The rock opera transformed as Darnielle worked, and became something different entirely.

As always happens when I’m working on a concept, I started writing other stuff. What happened is that I started to see the themes that lie beneath fantasy stories […] storytelling–especially genre storytelling–all points to more general themes. It’s as if the dragon is a skin, a creature who represents the ideas we all share.

With Dragons featuring so heavily in the new album, it’s little wonder that Darnielle’s dragon should end up getting official stats in the issue. Here’s a look: 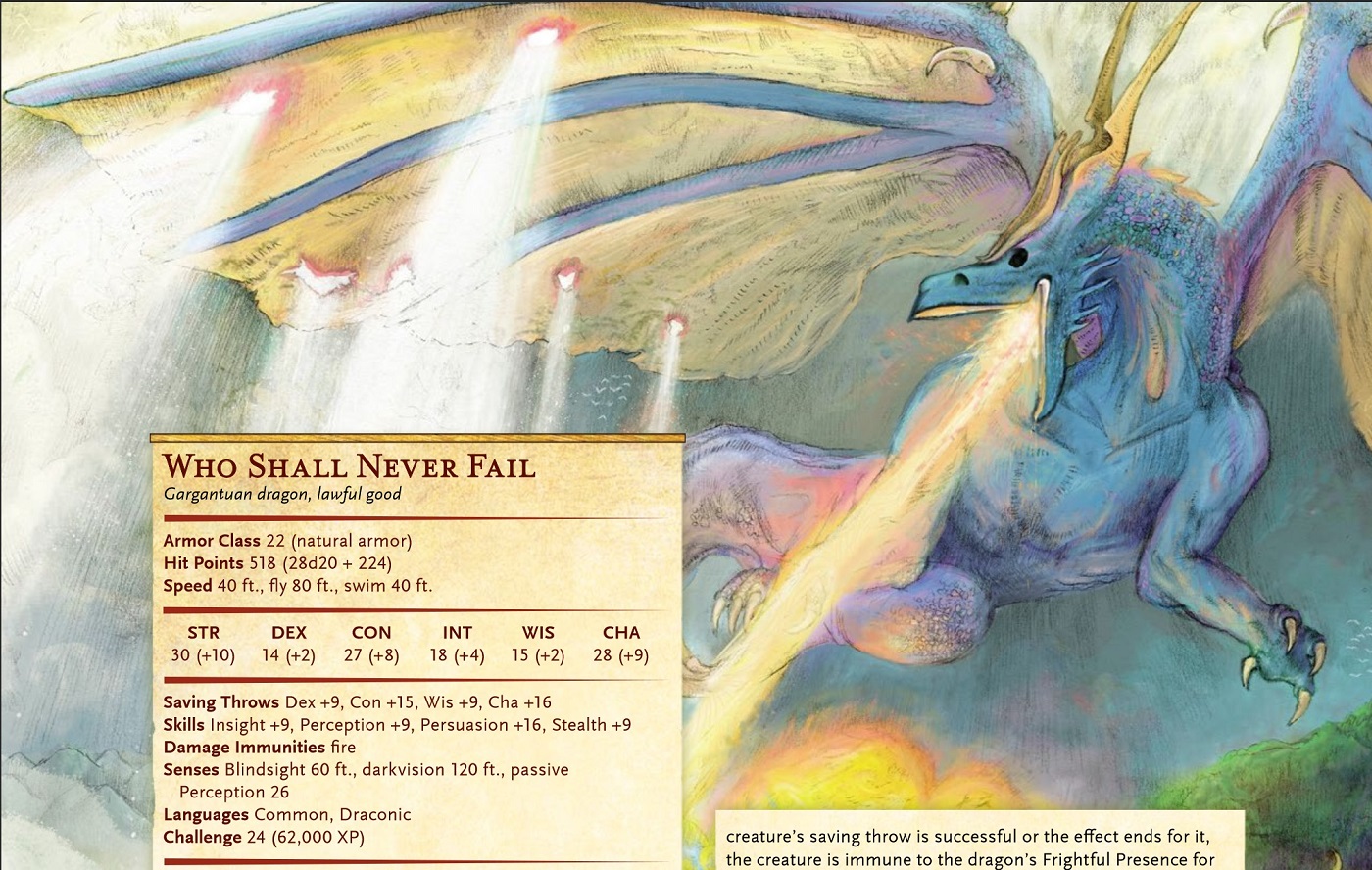 It’s a fairly high powered, but fading dragon. Its stats are impressive, but even more impressive is the story that comes along with it. The Dragon seeks out warriors to help protect the beautiful but besieged town of River’s End. Reflecting this, you’ll find some Lair Actions and Regional Effects (as well as a special feature called Allied Champions) that benefit characters working to aid River’s End, or hinder those seeking to harm it. Because Who Shall Never Fail (one of the Dragon’s many names) values loyalty. Those are the themes that surround this Dragon. Let me leave you with this, from Darnielle:

Though this dragon’s true name might never be known, it goes by numerous monikers, including Who Shall Never Fail, That Which Will Never Fall, and Fortress of River’s End.

I’m so amped to have this dragon become a D&D monster! I haven’t really gendered the dragon because one thing I’ve always liked about fantasy worlds is you don’t have to gender everything—they’re all creatures. Even though the dragon is very blue that’s not lightning coming out of its mouth, it’s fire. And they definitely have some age because I prefer them to be an old dragon.

I also imagine the dragon being very charismatic but in a darker, more seductive way. They’d have that kind of irresistible glare. They’re also very strong but that can be as much a dragon’s weakness as its strength. When you don’t meet a lot of people or other creatures who can defeat you in battle you become arrogant. I imagine pride is another major weakness. That’s tempered by this dragon’s greatest strength: loyalty. This is not blind loyalty and presumably the wizard has done some kindness to the dragon to merit it. One of the best fables is the removal of the thorn from the lion’s paw. I also think because this dragon has aged, its vision may be bad. Maybe at some point the warrior has either helped the dragon to find food and water, or provided shelter by hiding the dragon or protecting it from harm.

D&D: 5 Tricks You Can Learn From The Final Enemy