Goatboy here with a quick little chat about Ynarri. Can they stand back up, or are they down for the count?

The current punching bag of the 40k universe as they took a pretty severe nerf/change/update when you compare it to what was originally there for players when 8th first reared its beautiful head.  I think this army has taken the most beating followed by the initial changes to Chaos Space Marines.  How many nerfs did they need to go through before we got this new and updated version?  How many shifts in power did we have to see just to continue to be annoyed with the Ynarri menace?  Where were the rumored Aspect Warrior kits that would have come out with a shiny new Ynarri codex? 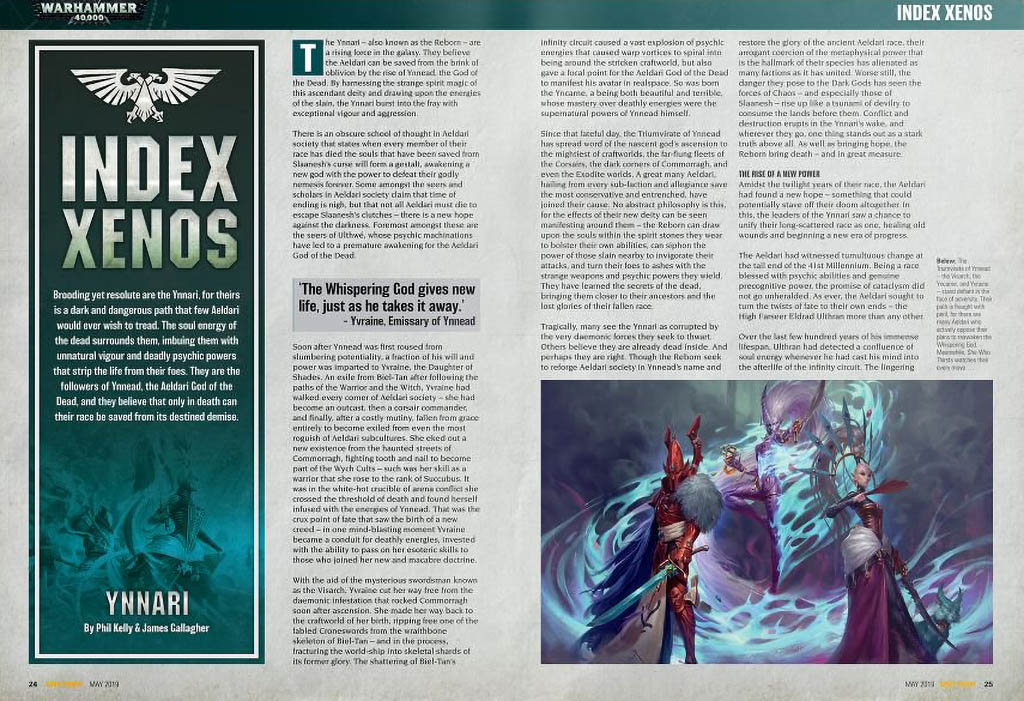 First of all – we all know the act of double activations is always an issue.  We have a few still left in the game – but they cost a good deal of command points and are usually limited to a very specific set of options.  Sometimes they are straight double activations and other times they are just a doubling of one action – whether it is shooting or punching.  This is something we know as the other big double activation got removed earlier this year with the Sisters of Battle “Beta” codex we saw.  So unlimited double actions are out without some kind of true expenditure of something – command points, abilities, or some other expendable resource.

Thus the removal of the original OG Soulburst was a given for this army.  This was coming, we all knew it, and most of the time the Eldar players were like “Yeah its stupid but I like playing me some Eldars so suck a missile or two turkeys!”  The ability was never something that made the game interesting.  We all know games need to have winners and losers, but having an ability that doesn’t generate an exciting game state is not the best for a healthy game.  I would say this is the same thing with House Raven and Castellan, but time will tell if the “nerf” is enough to keep those jerks at bay.

The new Soulburst is weird thing in that it tries to generate an Assault based Eldar and friends army.  I don’t mind that as it is interesting, but it leaves some feelings of meh to those pesky Eldar soup players.  The true close combat options from the codexes are kinda left out – especially with the addition of losing all their lovely book abilities, psychics, and stratagems. That is the bigger kick in the pants; while the army has a specific set of spells, rules, artifacts, and strats – the true power was being able to mix and match some of these things.  I thought that all the options of Keyword Craftworld/Cult/Masque should have just been replaced with Ynarri.  Leave the default strats the codexes had and let the specific ones not be usable – instead of that they just straight remove them all.  It feels pretty rough. 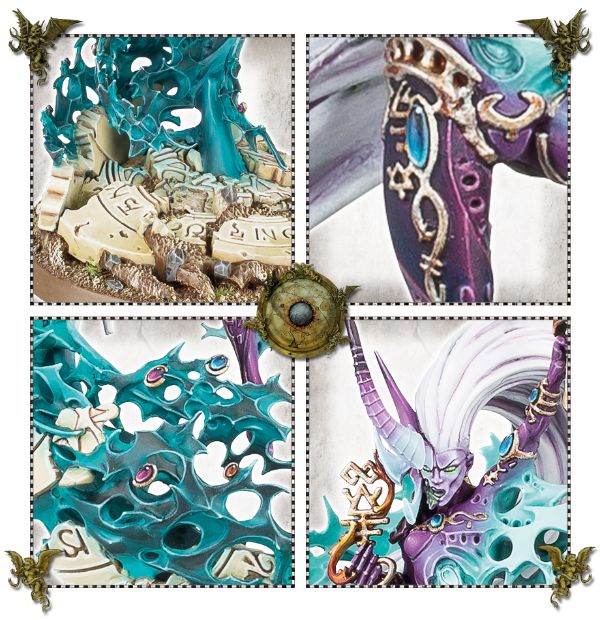 They did keep some of the basic keyword abilities so that is nifty, but they just lost all the interesting bits that make this army a true soup like say… Chaos. This also has me wondering: if all the Eldar points are no longer correct as some of them seemed balanced with Ynarri in mind and not just straight Craftworld, etc?  Take the Dark Reapers – they seem a tad bit over costed now when compared to some of the other Heavy Weapon toting options. Shining Spears are still good but are they worth it as expensive as they are without double move, double attack, death star powered, and Death obsessed?

Personally, this new Ynarri feels like something that smart, dastardly Sean Nayden will use to kick the crap out of people. He will Vect it all up, beat your face with Wyches, and probably make you wonder if you are truly good at this dice game.  I like the idea of a really aggressive Eldar based assault army – it just feels this one might be too glass hammer no matter what you throw in it.  Especially if you lose so many bits to try and get it to work.  Still, it will probably kick the crap out of me at some point.

I think the biggest kick to the Craftworld rootie-tootie fresh and frootie space elf bootie is the entire shift of Doom, Jinx, and other spells.  Locking it onto the Eldar Chassis is huge, and will most likely be shifting most Eldar armies into mono codex build bar some simple ‘I need a Vect or two options’ lists. It also means my Knights won’t take a plethora of mortal wounds from those sky bikes things from the Elf Clowns. That was frustrating because Haywire was specifically designed to just cause a Mortal and not needing some kind of weird reroll to wound it. 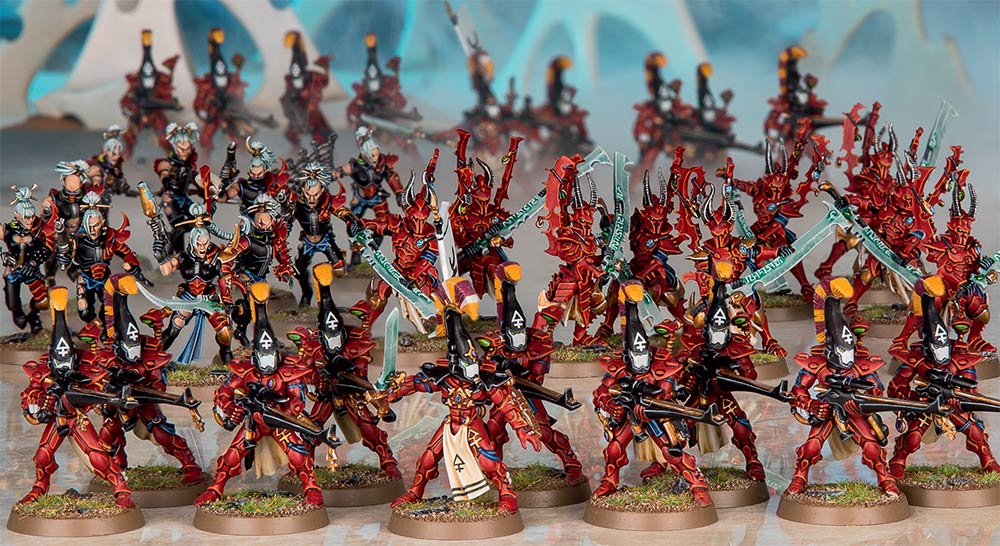 But enough complaining – let’s talk about what I like.  The stratagems seem neat as you can shift some cool units in the army and make them Ynarri.  2 CP to make all the Incubi Ynarri themselves seem interesting – if only they released some sweet plastic Incubi.  The Stratagems are set up to fix a lot of the missing rules the mixture army gets when becoming Ynarri.  I agree that the strats themselves didn’t cause nearly as many issues beyond the ability to make a soup and gain powers from all the Craftworlds.  There seems to be a lot of options and while they are all pretty heavily invested in their points – it could be worthwhile to try and create a Brigade of all of these things.  Again as I said this is an assault army so many of these things seem to scream get these squishy elves into assault, hopefully blender something up, and then maybe you can survive the comeback.  Most likely you won’t but we can always dream.

These are ok.  I really wish the Master of Death wasn’t on unmodified rolls of 6.  If you could somehow stack it up and get a 3-4+ to generate more hits would have made a really interesting whirling death warlord.  It’s always weird how other armies allow things to stack up but then some of them are worried this is too much. Look at the Lord Discordant and Flawless Host – a model with 12 attacks could generate 36 attacks, which is pretty dang nutty.  This isn’t even including fighting against an Imperium unit; the numbers can get even higher.  It feels some of these things are either built at different times or you can see the models GW really wants to sell.  I always like the regain Command Points ability as it feels like two useful bits stacked together as you get a single hit and wound reroll per turn. 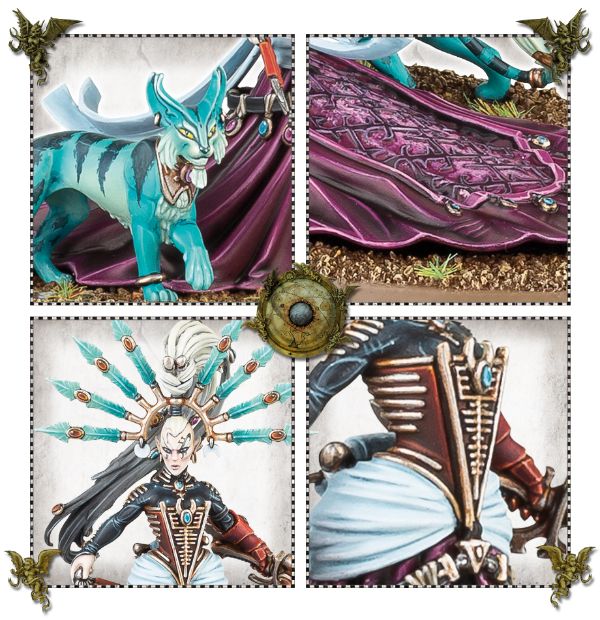 Psychic-wise, they all feel kind of oddly weak Eldar powers.  We know Soulburst was gone, but you would think they could have given a Soulburst Aura spell off of a caster.  The pick a unit and reroll wounds seems pretty good for the assault based army.  It only affects melee weapons so it’s an oddly set up Doom variant.  The Shield spell could be good as well if you are going massed troops of some sort.  There seems to be a lot of these powers cropping up in the game so it makes me wonder if having massed units might be worth it with 5+ saves.  It seems to be working for Plaguebearers, so why not give it to other troops.  I do like the targeted Smite as it can give you a chance to murder a character outright with that hot roll of a 6 and a 5,6.  I am sure it will happen to me as my poor little Sorcerer eats it in the face.

The relics bring back this unmodified roll of 6 nonsense.  They should get rid of that in general because it is easy to figure out ways to stack it up and cause as much damage as you can.  Just having the surgical knife option character is a cool thing and it is something I feel Eldar could use.  Mirrorgaze seems like the decent weapon of choice as you can set up some pain in the butt options for the surgical Knight character.  I can see Archon being super annoying right now.  The Lost Shroud also seems powerful as it gives the bearer a 5+ FNP and half damage from weapons.  That guy will go to town and keep a unit scared.  The other relics seem kind of meh.  Relics can be so hit or miss lately which I guess is a good thing as nothing feels like a default choice now.  There are a few things that are really good – but most of the time an army doesn’t need them.

Was this nerf needed?  I don’t know.  I really feel like the Eldar need a rework just to get some things in line with others.  At the same time, they need some newer models to refresh the army a bit.  Or maybe we just need another Chaos Army.  Who knows.

~What did you think about the new rules?  Too much of a kick in the junk or was it needed?

Author: Thomas / Goatboy
Thomas Reidy, aka Goatboy, the ever-evil member of BoLS. I do arts, play 40k, and even paint a lot of stuff. I have been playing Warhammer 40K since the 1990s, and have won multiple national events including Adepticon and GW GTs. I've been writing for BoLS for 15 years. Look at my Instagram to see what I am working on - or working on for someone. I am always doing something hobby related.
Advertisement
Editorials Eldar Rules Warhammer 40k
Advertisement