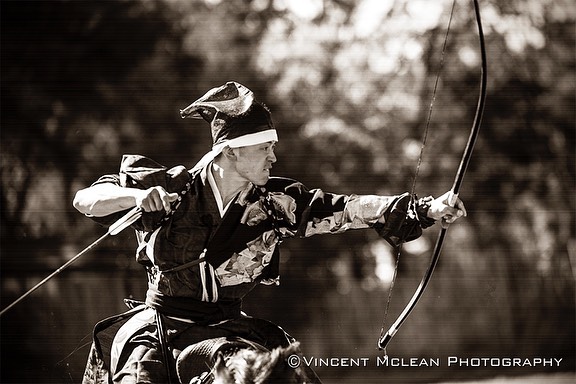 America is a country of diversity, made up of every culture, ethnicity and creed you can imagine.  Join us as we take a look at the costuming and garb present at the Texas International Archery Festival.

A Texas based chapter of the Mounted Archery Association of the Americas honored a number of traditions that are largely unknown here in the states- through the lens of Mounted Archery. 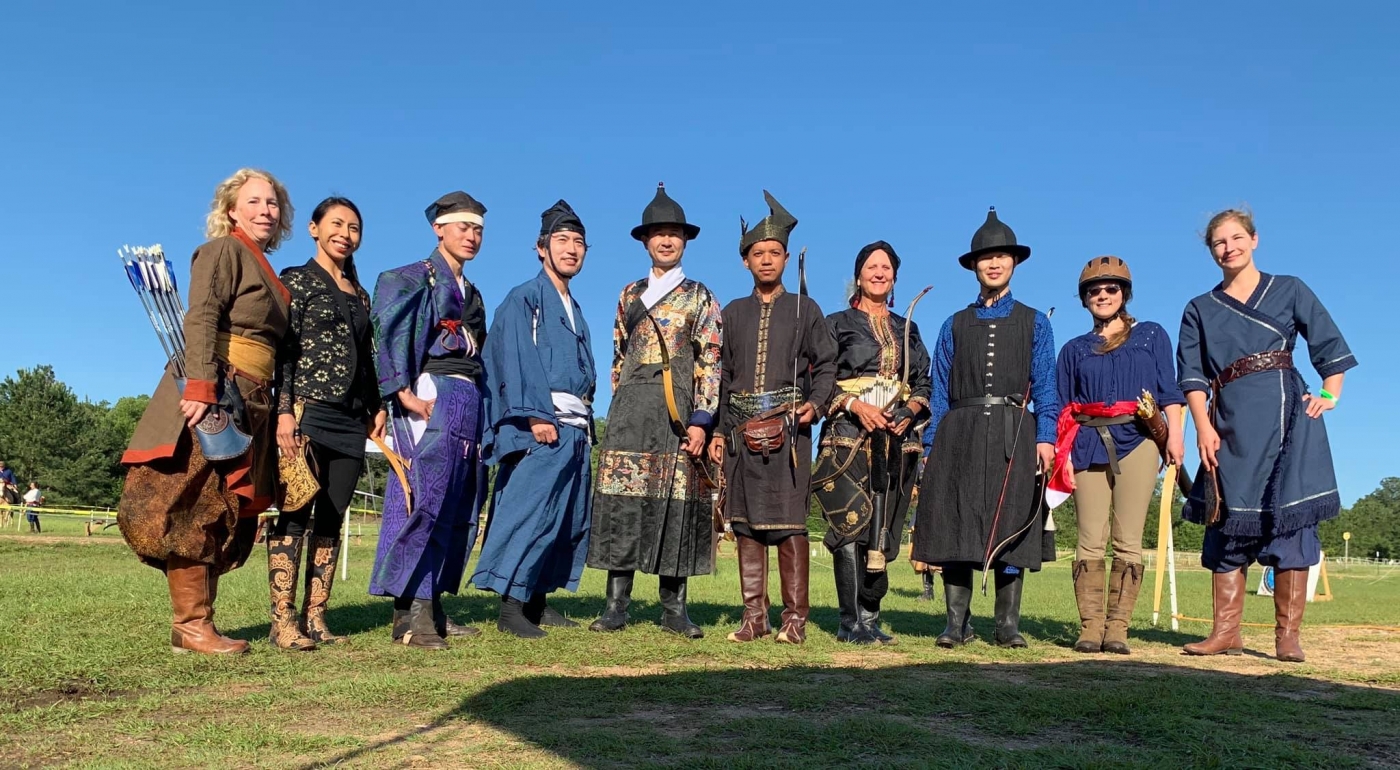 The TXIAF, (also known as the Texas International Archery Festival) was one of the very first international competitions of its type here in the United States, held on April 26-28, 2019.  The festival boasted three unique and historic mounted archery tracks curated by  Lukas Novotny of Saluki Bow– as well as four historic ground archery courses including the Kyrgyz, Turkish, Korean and Texas 3-D.  The focus of the competition was the “Golden Age Classic“ – a historically-based competition which required traditional garb, as well as traditional quivers and accessories. 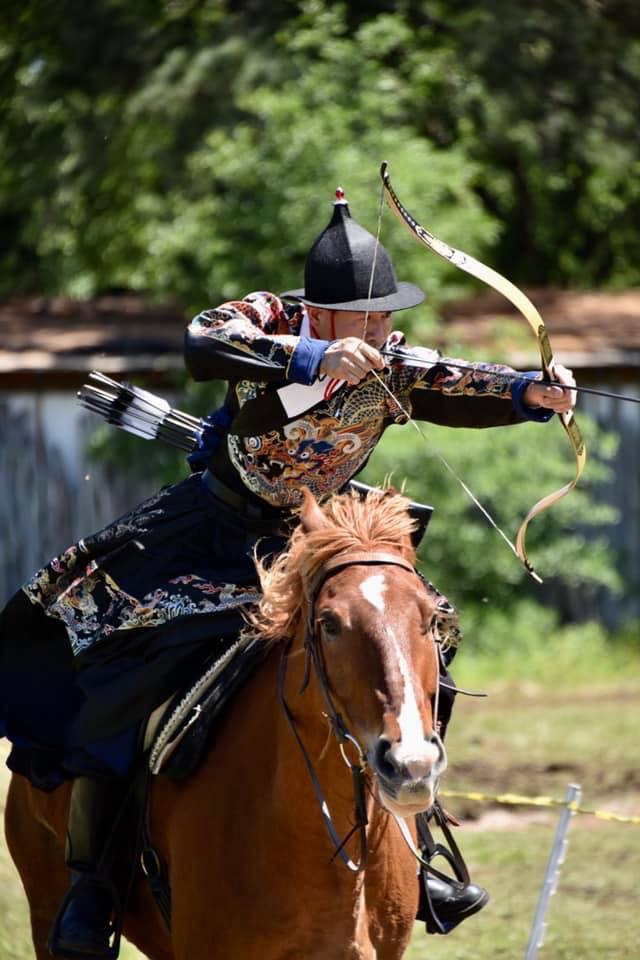 If that wasn’t enough, the festival had over 500 spectators over 3 days, 40 vendors, amazing food and was held at the beautiful and natural Sherwood Forest Faire grounds in McDade Texas. 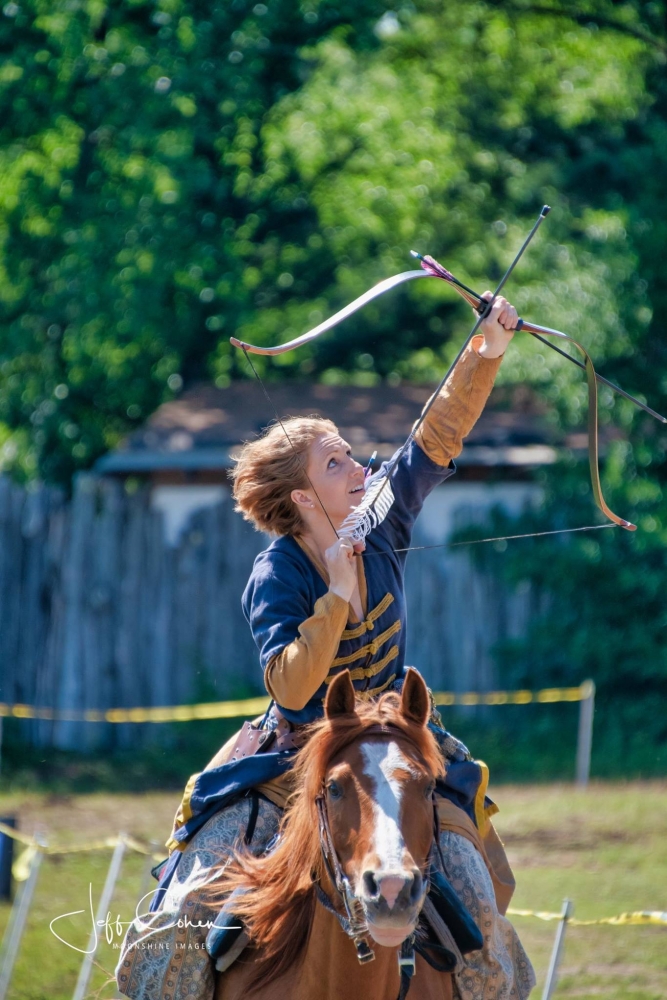 Much of the event was influenced by the time spent in Kyrgyzstan during the World Nomad Games – of which a number of The Eastern Contingent members were present as the first Americans to compete in both mounted and ground events. At this competition, archers (and other athletes) from all over the world gathered together to demonstrate their unique cultural heritage, and to compete together in a wonderful display of colors, costumes, and traditional techniques. It was a requirement for the competition that each nation come representing their traditional garb or dress, which led to a myriad of ensembles that was stunning to behold. 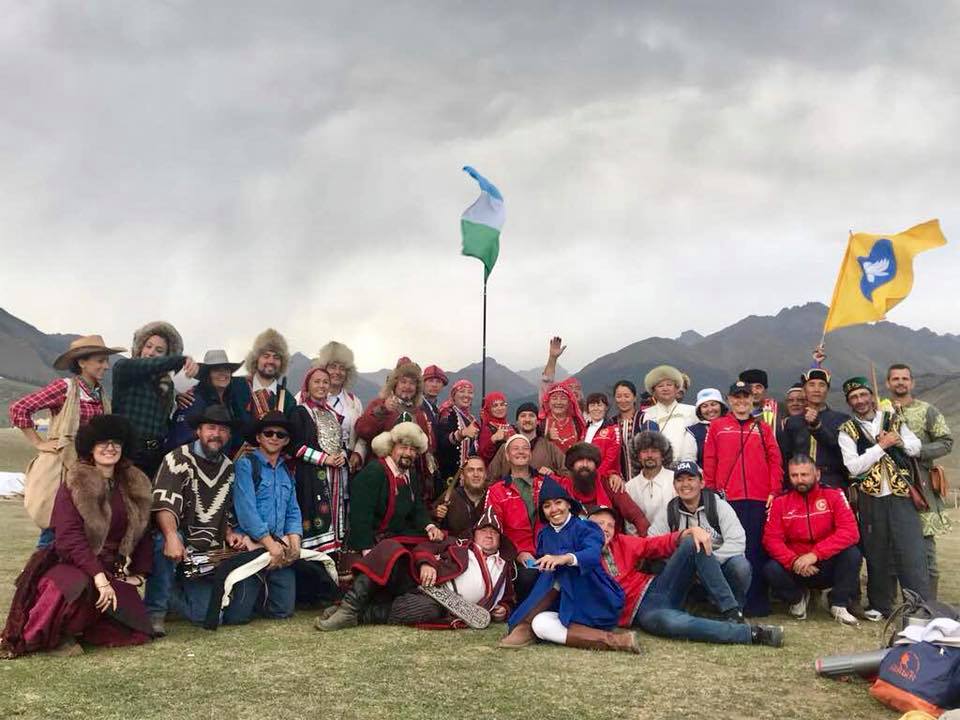 Archers traveled from all over the world for this unique historical competition. The event hosted competitors from about 12 different countries, 2 Native Nations, and multiple regions of the USA. It was one of the largest events of its type and hosted an amazing diversity of historical garb from around the world. Enjoy the amazing images from this festival! 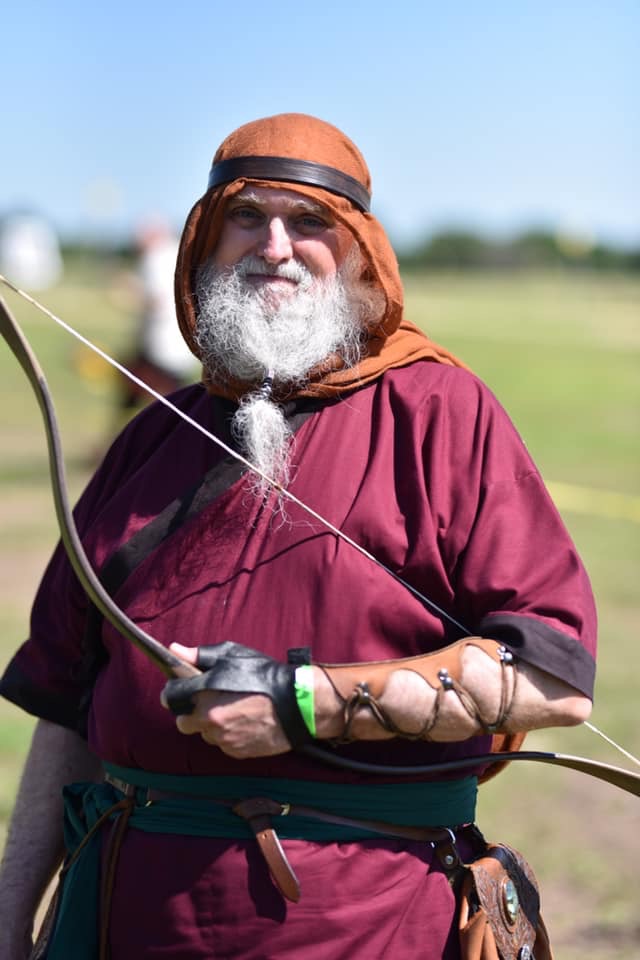 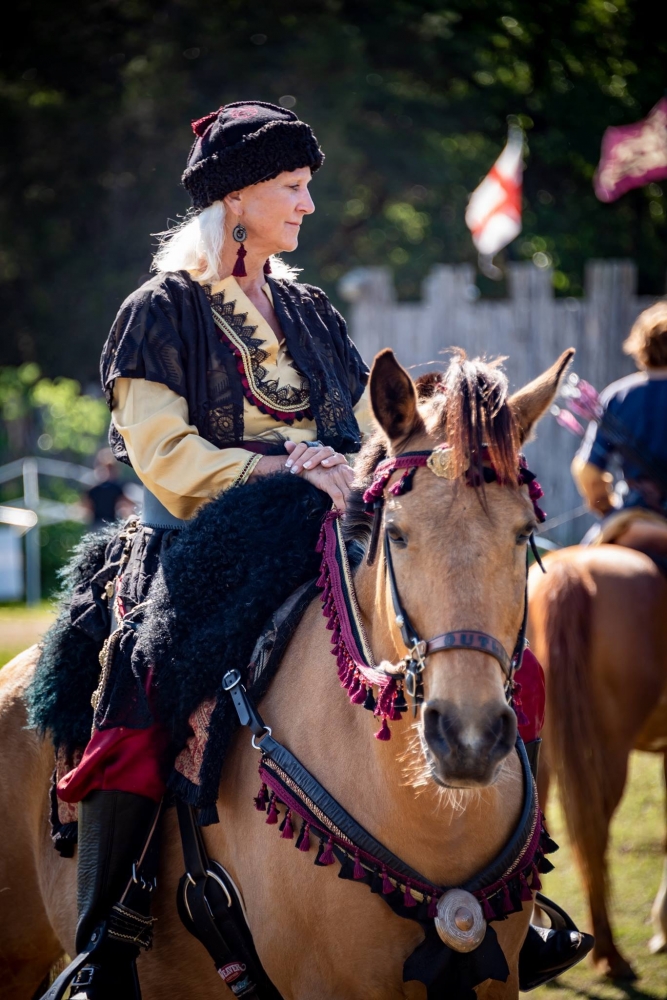 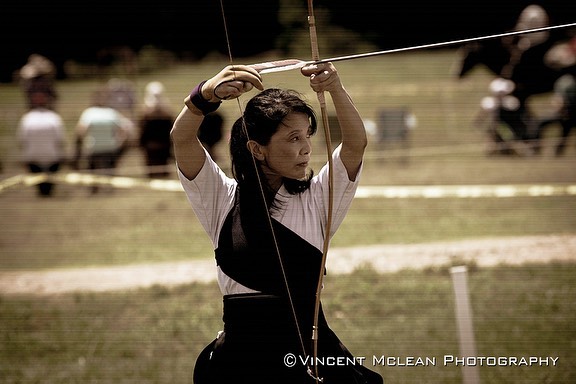 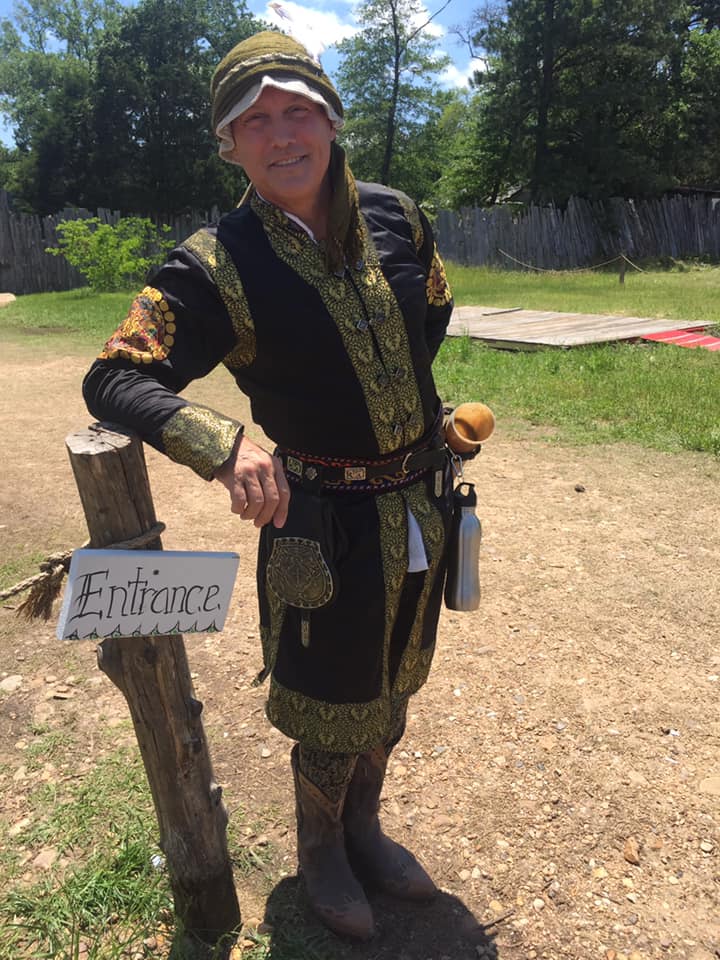 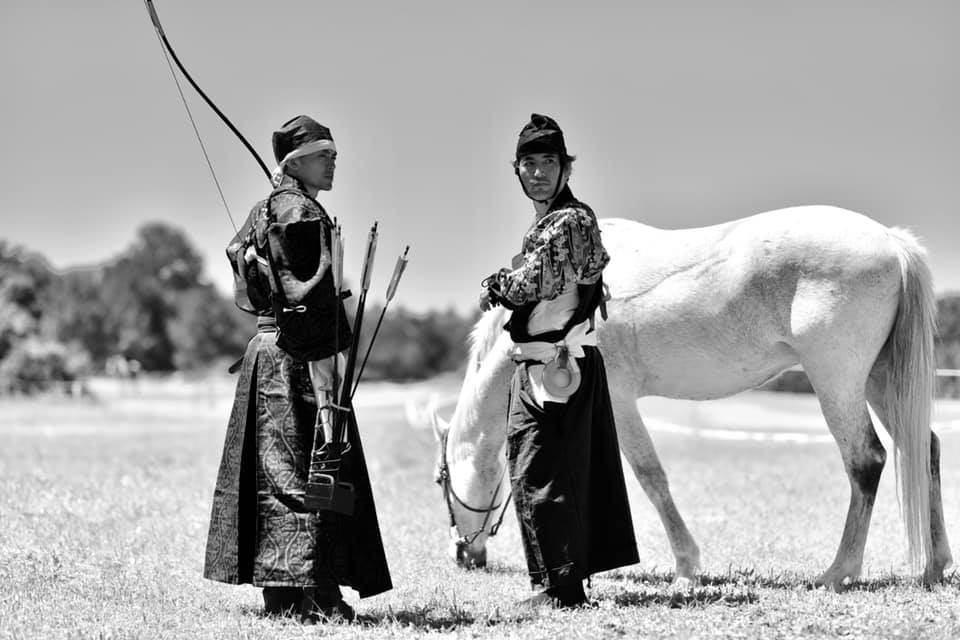 Competitors were required to ride and shoot in 3 mounted archery courses, as well as 4 ground archery courses. At the end of the weekend, all scores were added together to produce the Festival Champion- Kenton Miller of the Kaspian Riding School in Alberta, Canada. This gentleman was a Dark Horse at the TXIAF, as it was his very first mounted archery competition. Not only did he travel from Alberta for the event, but he also designed his own garb for the competition. He is truly a man of many talents, and we expect great things from him in the future. 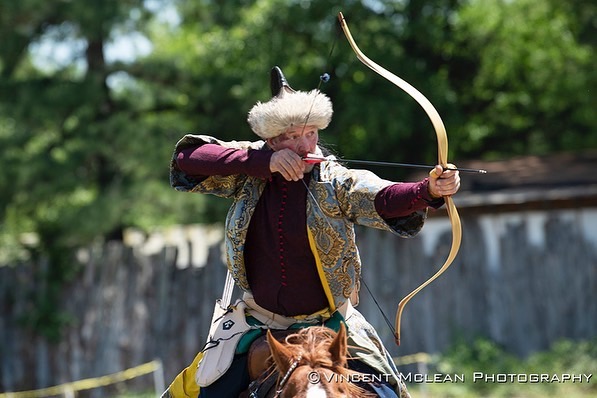 The 2019 event was such a success the TXIAF crew is planning next years event – 2020 promises to be bigger and even more amazing. Stay tuned for more images and details to come! 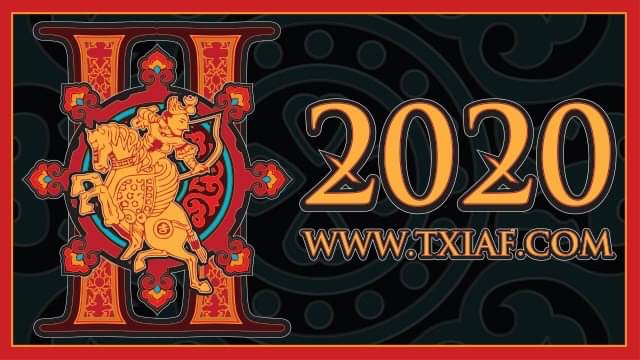 Interested in Mounted Archery? Want to know where you can learn such a sport? Check out these resources below:

The Mounted Archery Association of the Americas: Your resource for Mounted Archery instruction on a National level. You can search there for membership information, and your nearest chapter to go take lessons with!

The Eastern Contingent: Your Friendly Neighborhood MA3 Chapter, students of traditional mounted and ground archery and the Hosts of the Texas International Archery Festival. Catch them at Sherwood Forest Faire, the Texas Renaissance Festival, and archery competitions all over the world!

The Flying Hun-Archery and Leather: Purveyor of the finest Asiatic bows and archery accessories. Handcrafted artisan quivers of historic origins for both ground and Mounted archery! 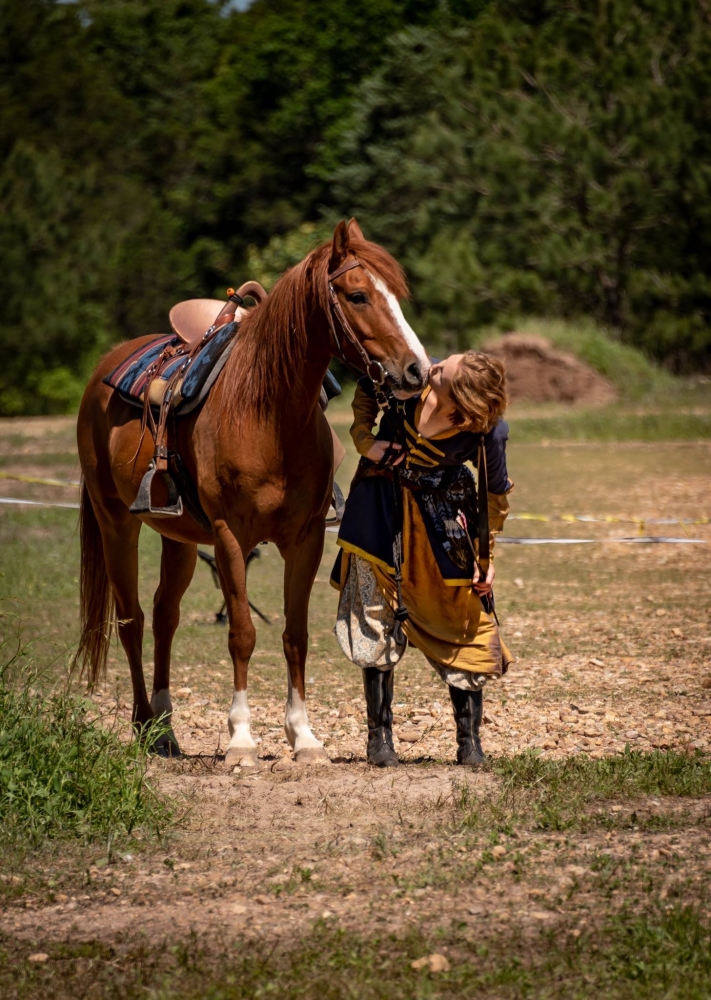 Author: Jennifer Larsen
Jennifer aka "Mayhem's Muse" is the Cosplay Editor for BoLS and manages Ad Sales and Communications. Her cosplay awards include the RTX Judge's Choice Award and Dragon's Lair Austin's Cosplay Symposium. Jennifer has been a Cosplay Guest Judge at RTX, Tacticon and Genghis Con in Colorado. She regularly attends conventions to cover cosplay for BoLS. Her cosplay work has been featured in publications such as Girls Who Love Monsters, Geek Fuel, and Renaissance Magazine. Jennifer has modeled in the Her Universe Fashion Show, Precision Camera's yearly Precision Camera University, and has taught several workshops for photographers about partnering with cosplayers and creative muses/models. Jennifer is a lifelong enthusiast of retro video games and loves Dungeons & Dragons, urban fantasy, tabletop games, VR technology, and historical archery. She has set National Records through USA Archery’s Traditional Division for Asiatic Bows and earned 4th Place in the World Nomad Games in Kyrgyzstan in 2018 for Women’s Korean Archery. Jennifer is currently studying for her Masters's Degree in Organizational Leadership.
Advertisement
Community Cosplay Historicals
Advertisement