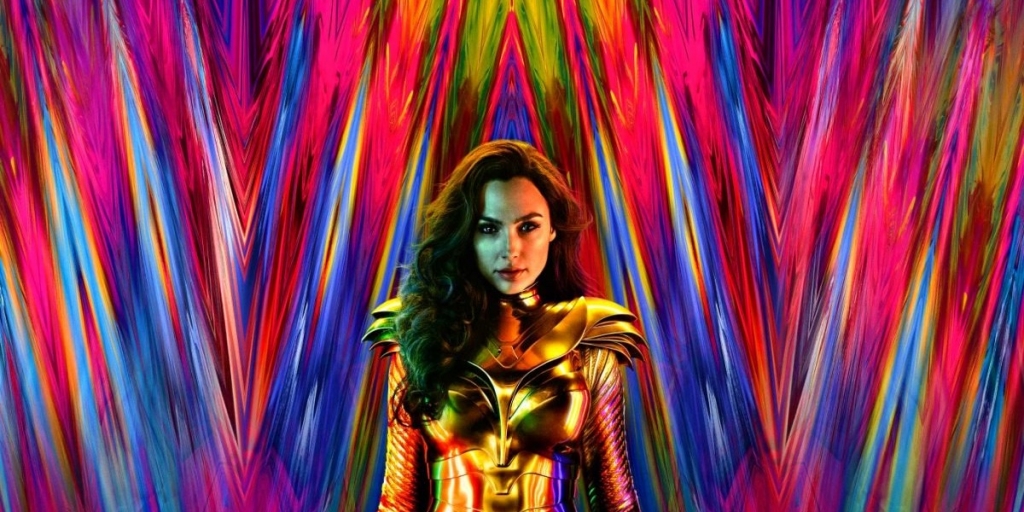 Diana dons her Amazonian ceremonial battle armor in the first technocolor poster for the sequel due out next year. The first was 2017’s highest grossing comic book movie is in post production right now. It got a release date shift from November of this year to June 5, 2020 – summer box office potential instead of a dump slot in the fall.

The timeline in this movie has been moved up over 50 years to the glorious, and super fashionable mid-1980s where Diana will take on new adversaries – fanny packs included. Director Patty Jenkins has been dropping photos during production. The set and wardrobe folks definitely have the fashion and entertainment options (that’s J.R. Ewing from Dallas on the left screen in the first shot) down for the era.

The new poster has a stylized, movie friendly version of her Eagle armor sans wings, at least in this take. We’ll have to see if they appear in the movie when it comes out next year. 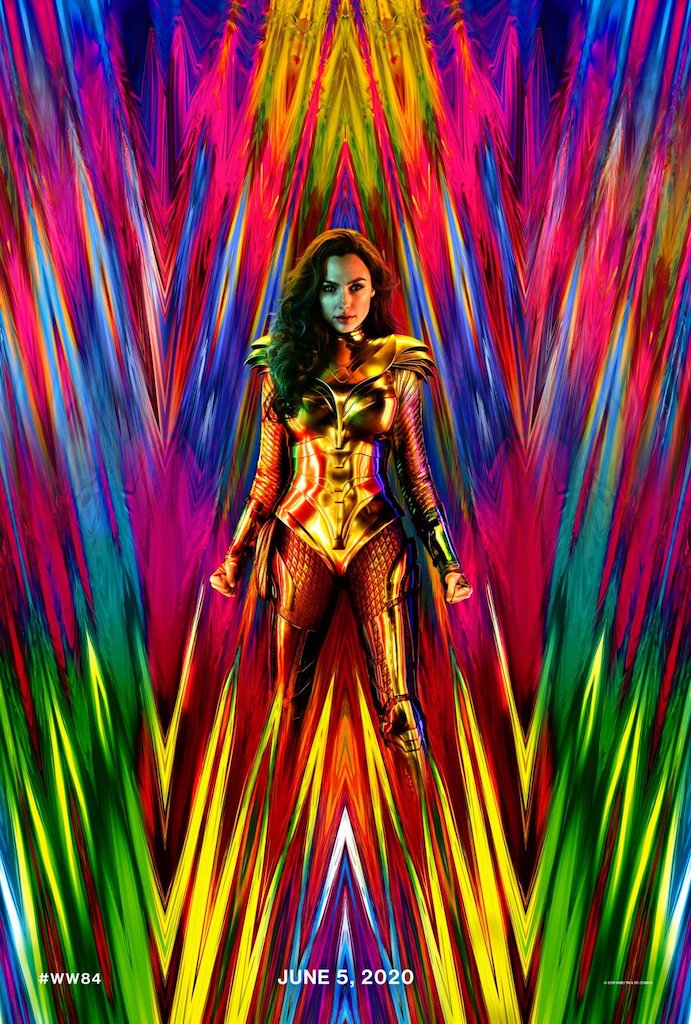