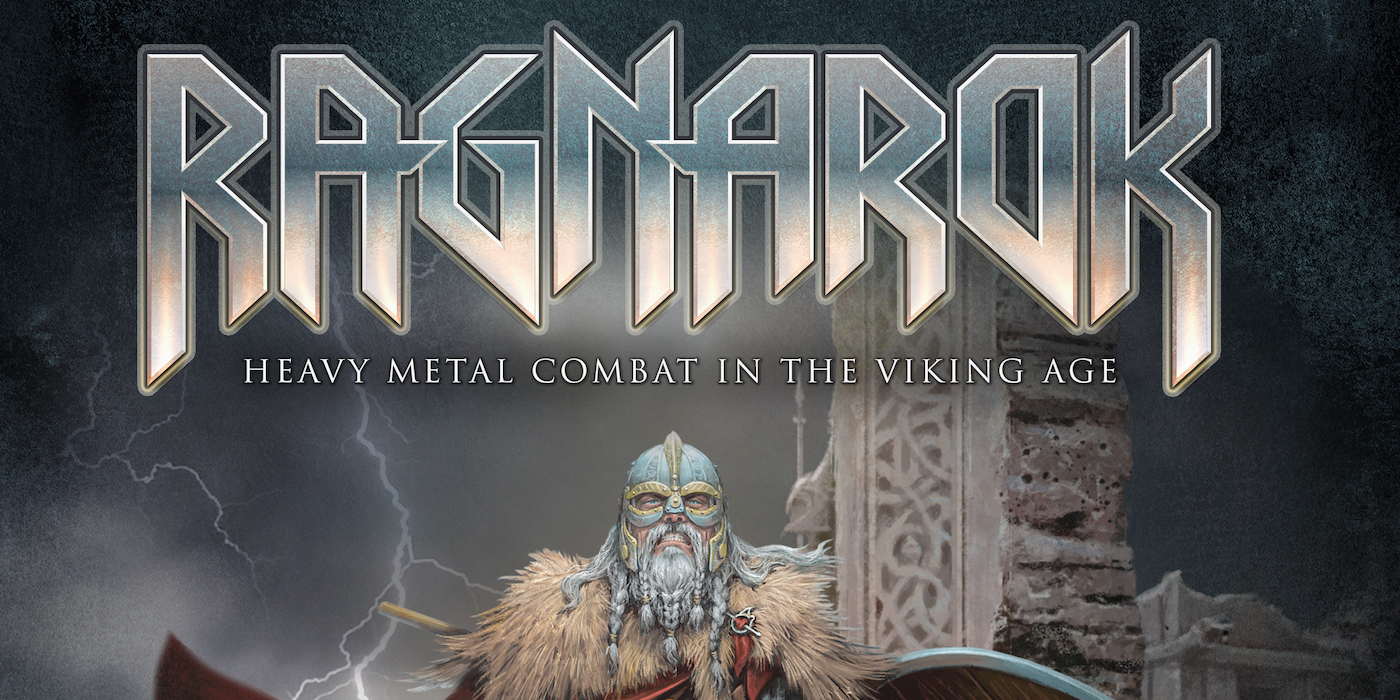 Get an insider’s look at Osprey’s Ragnarok: Heavy Metal Combat in the Viking Age. The campaign driven skirmish game is on sale now.

Ragnarok comes to us with great anticipation. It’s got great artwork, a cool theme and some really interesting ideas. Some of you may already have this book while others are deciding if it is worth buying. Osprey Games was kind enough to send me a preview copy of the book a while ago. Today’s post is my second preview for the game. In my first preview, I discussed Warbands and God Powers. In this post, I conducted an email interview with the game’s creator, Tim Korklewski. If you want to read the earlier parts of the interview article, here is a link back to Part One and to Part Two.

Now, let’s carry on with that interview…

Please note that this post first appeared on Must Contain Minis.

More about Ragnarok by Osprey Games…

Jacob: Can you tell us about the Bestiary in Ragnarok (i.e. creatures, demimortals and other such entries)? Can you also tell us how we might end up recruiting those beings into our war band too?

Tim:  I dove deep into Norse mythology to pull many different Encounter Model types.  There are the staples, such as Valkyrie, Dwarves, Aelves, Svartaelves, Jotunn (Giants), Linnormr, Undead, and many others.  There are a total of 67 unique Encounter Model entries in the Core Rulebook. You unlock the ability of hiring Encounter Models into your War Clan when you defeat them during a game.  Once you acquire enough Glory (the game currency) to meet their Glory Cost, spend it and they are now Warriors in your War Clan that can use Godspark, use God Powers, Improve Stats and Abilities, and go on raids in the Raiding Phase. 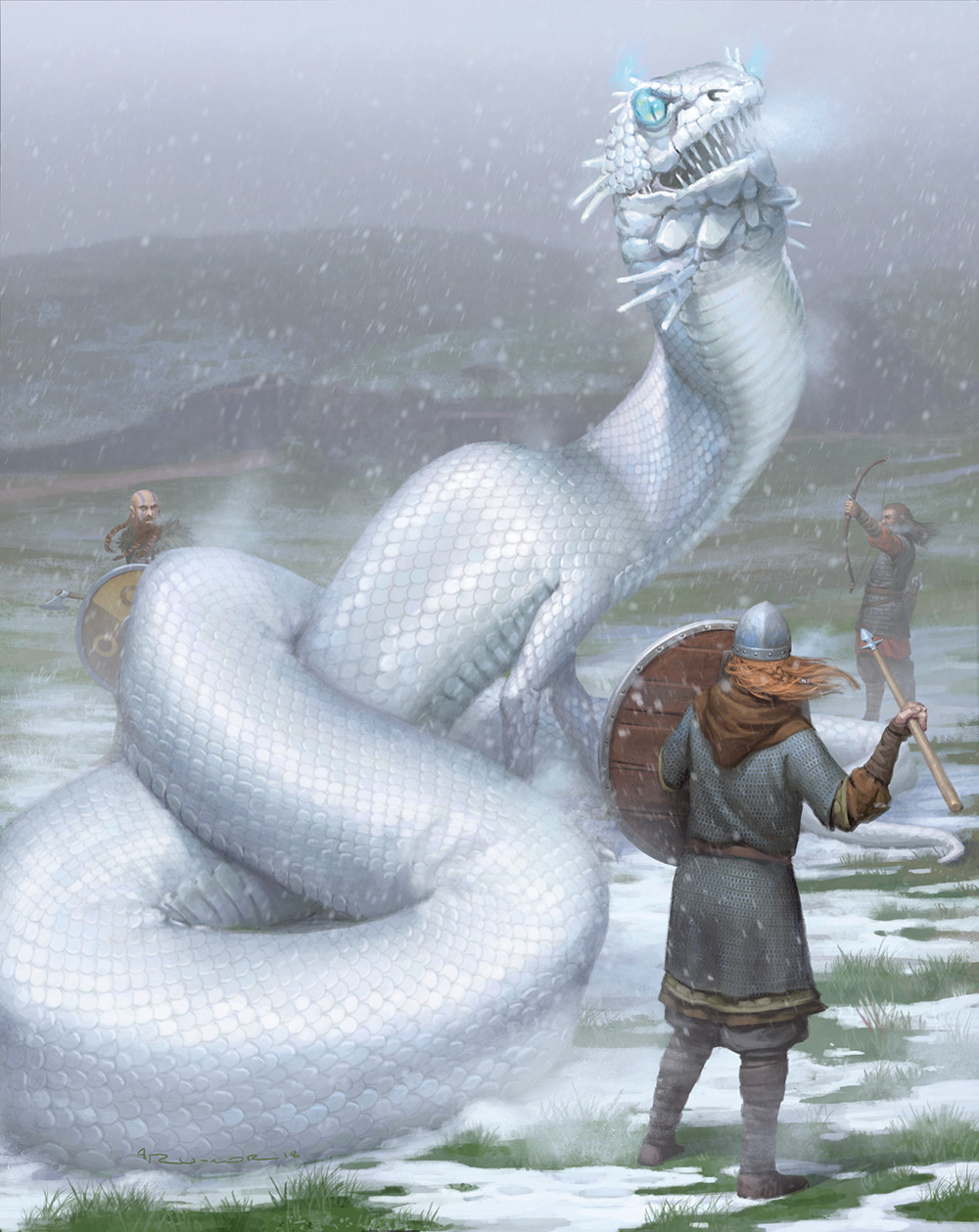 There are beasts of many sorts within the rules of Ragnarok. After you defeat them, you can recruit them. Image by Osprey Games and RU-MOR.

The Scenarios and Campaign

Jacob: There are six scenarios in the book to base your battles upon. Can you choose a favorite of those missions and tell use about that scenario and what makes it your favorite?

Tim:  For me it would have to be Rampage of Trolls.  It is a Scenario where things can get crazy due to the fact you already have bigger creatures on the battlefield trying to kill all War Clans equally as well as the fact that many other creatures can wander onto the battlefield during the Encounter Phase.

Jacob: I absolutely love campaign games and I really like it when games include campaign rules in their systems. Can you tell us about the campaign system within Ragnarok?

Tim:  The basis behind it is the currency of Glory.  Glory is earned by playing in Scenarios and winning Minor or Major Victories, scoring Secondary Objectives, defeating Encounter Models, and can also be earned in the Raiding Phase.  After each game, players have the opportunity to spend Glory to hire new War Clan members (to a maximum of 20), improve Stats on models, Improve God Powers on models, Equipping new weapons and armor, improving the use of Special Abilities on models, and many other things.  The more games you play, the quicker your War Clan will improve.

Jacob: Is there anything else you would like to tell us about Ragnarok?

Tim:  For now, look for the game to hit retail shelves on May 30th, 2019.  In addition, this is NOT the only book in the series! Book Two: The Vanir will be out towards the end of the year and Book Three:  The Abyss will follow after that. Each book will include more Warrior types, more weapons and equipment, more God Powers, new rules, new Scenarios, new Secondary Objectives, new Encounter Model types, and Avatars.

Jacob: Thank you so much for your time Tim. There is a huge amount of excitement about this game on the net and I am really looking forward in seeing what comes of the system. The game releases this May 30th.

Again, this is from Must Contain Minis. You can view a full version of this article (all three parts) over on that site.