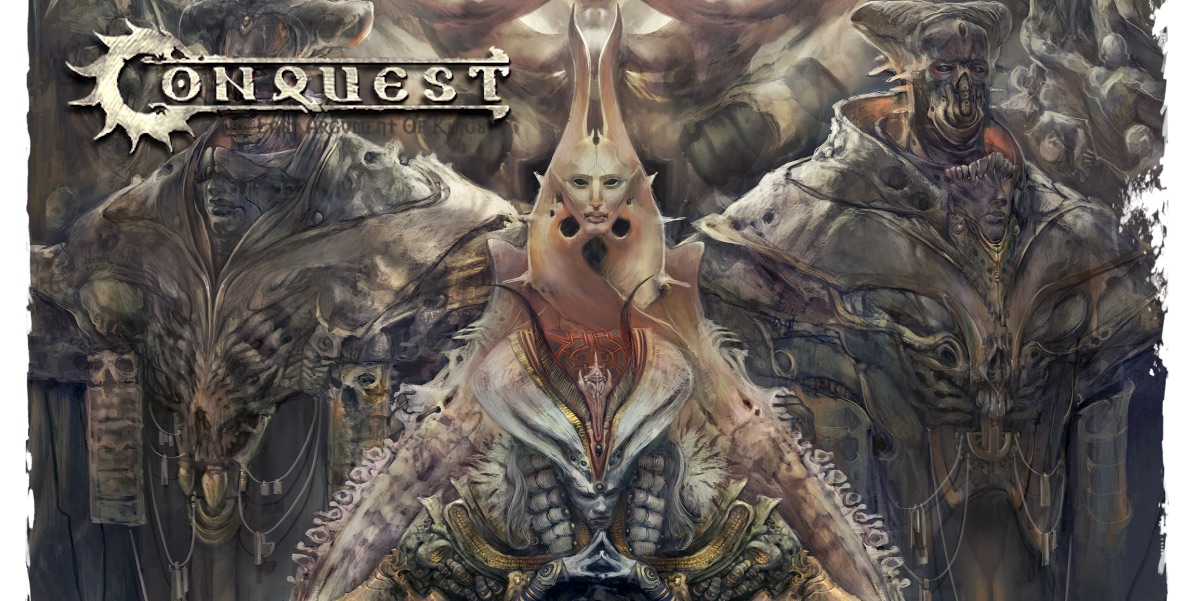 Looking for a new fantasy game that harks back to the classic rank and file fantasy games? You need to check Conquest out. It has great minis, amazing art, a solid back story, and a rule set by a well-known designer.

Conquest is a mass battle, ranks and file wargame with a ruleset by Alessio Cavatore – who worked on Warhammer Fantasy and is the head designer for Riverhorse. There are four factions – the HundredKingdoms, the Spires, the Dweghom, and the Nords. Each faction offers its own unique fluff, play style, and look.

Para Bellum describes it as easy to pick up, but complex and challenging to master. Instead of traditional player turns and deployment, it uses a command stack mechanic. Each player determines the order of troop activation at the start of each turn, and different types of troops – light, medium and heavy – have their own roles in battle thanks to a unique escalation reinforcement mechanic. Lead your forces to victory using strategy and foresight.

It also has rich lore behind it…

You can start playing now with the core box and grow the two included armies with the available expansion boxes. There are also more factions on the way.

Grab a friend and dive into the world of Conquest: The Last Argument of Kings with our Core Box Set! With proposed scenarios designed to ease you into the system of Conquest, the box contains three warbands and a commander unit for each faction, allowing two players to clash on the field. Whether you rally the might of the Hundred Kingdoms or command the twisted creations of the Spires, the objective is one and the same: Conquest.

The box includes everything you need to get started – models, bases, command cards, dice, and the rules. 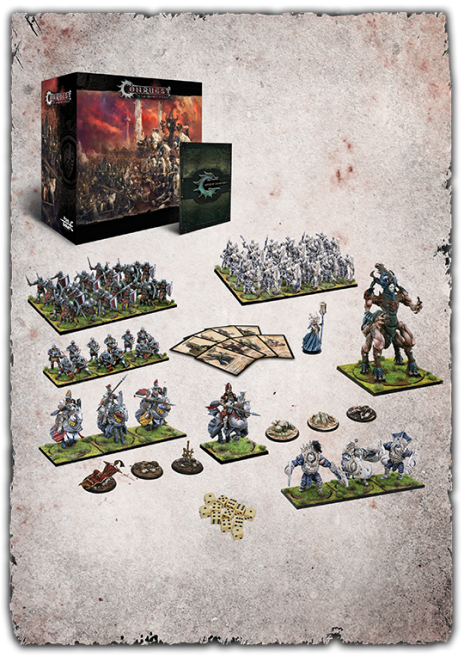 The bulk of the armed forces in the Hundred Kingdoms today is composed of well-equipped, professional soldiers called men-at-arms. In the early days of the Hundred Kingdoms these men were referred to as sergeants-at-arms and were beholden to their feudal lords. They were granted plots of land in exchange for their services, most commonly as a soldier in the lord’s retinue. This privileged positions allowed them not only to secure quality arms and armor, but also to train in the use of the sword, a weapon hitherto limited to the nobility. This led to the creation of a landed elite, the gentry, whose standing was higher than that the freedmen enjoyed, but still below that of the nobility. These were the soldiers with which Charles Armatellum established his empire. 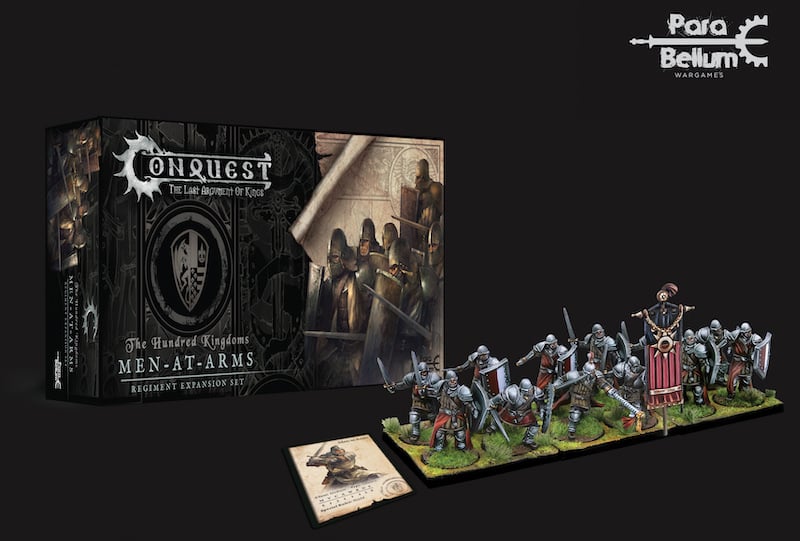 The massed charge of Household Knights is one of the most powerful weapons at the disposal of a Hundred Kingdoms commander. Hundreds of pounds of obdurate metal and muscle, forged through years of training and experience, they have shattered men, formations, and kingdoms throughout the ages. 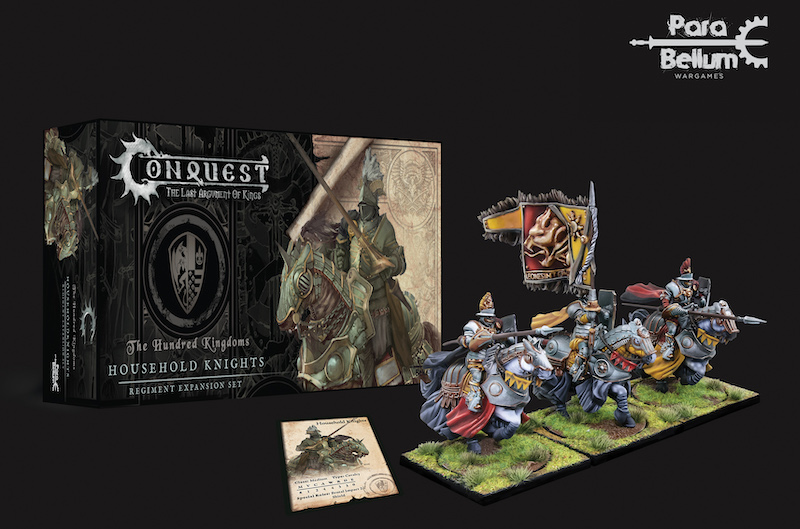 The Brute Drone reflects the callous disregard the Spires have for the suffering of their creations. Selected from the least imperfect of the force grown drones they employ as cannon fodder, the prospective Brutes are carried off and subjected to a ruthlessly efficient testing process, to see if their bodies can survive the stress of transformation. Those who fail this test are left fit for little else but biomass recycling. 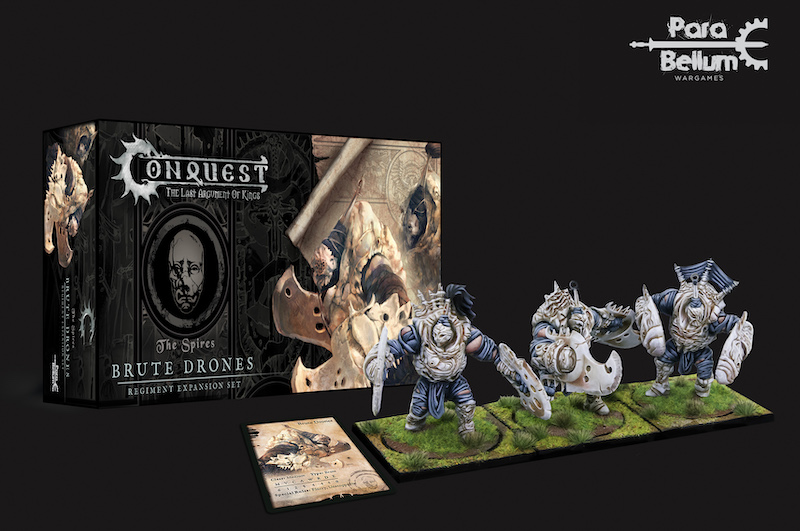 In the dispassionate view of the Directorate, all life that crawls from their vats is a product. Clones, which are grown directly from original Exile life strands, are perhaps high-end products, the best of which can someday prove themselves and even earn some standing in Spire society. Such a fate is forever beyond the wretched Force Grown Drones. All Drones are spliced from ‘base’ tissues, found locally on Eä, and therefore no Sovereign Lineage would ever countenance a creature as inelegant as the Force Grown Drone. The Directorate has no such compunctions. In fact, they are the ones who first came up with the distinction between clones and drones, and the Force Grown Drone remains one of their most successful designs. 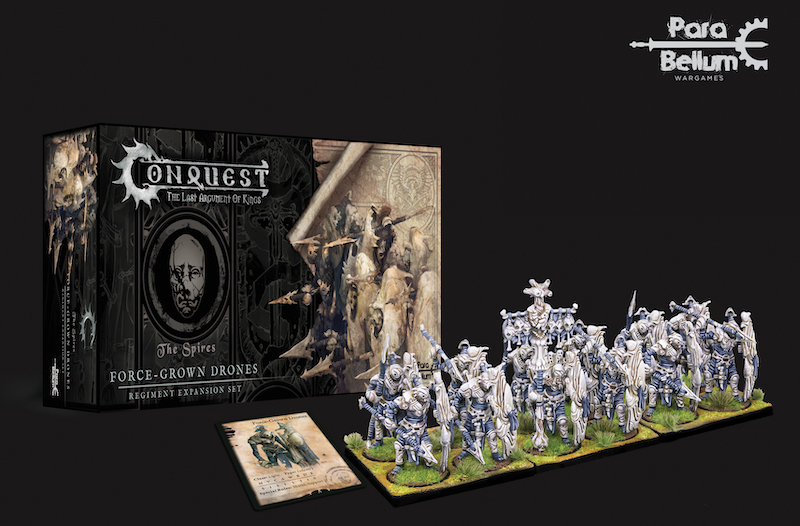 Going to GenCon? Make sure to stop by the Para Bellum booth (#2865) to see the minis in person and learn more about the game. 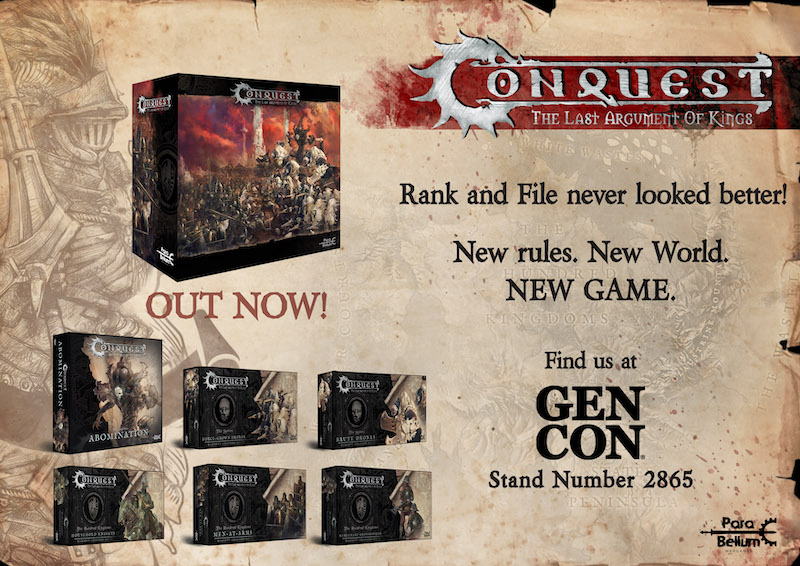