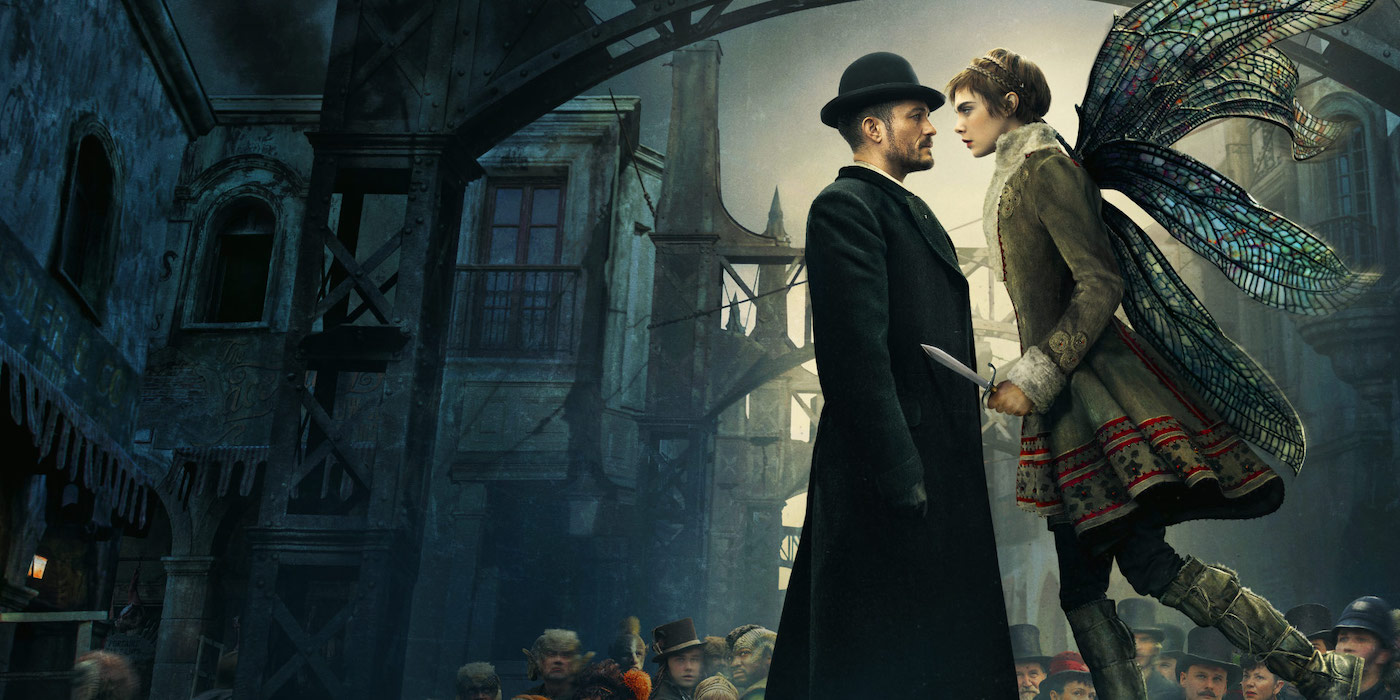 A Victorian London-esque city and the realm of fae and magic collide in this new fantasy noir series from Amazon.

“Carnival Row [is] a Victorian fantasy world filled with mythological immigrant creatures whose rich homelands were invaded by the empires of man. This growing immigrant population struggles to coexist with humans in the grimiest section of the city — forbidden to live, love, or fly with freedom.

But even in darkness, hope lives, as a human detective, Rycroft Philostrate, and a refugee faerie named Vignette Stonemoss rekindle a dangerous affair despite an increasingly intolerant society. Vignette harbors a secret that endangers Philo’s standing during his most important case yet: a string of gruesome murders threatening the uneasy peace of the Row. As Philo investigates, he reveals a monster no one could imagine.

A little background of the races and creatures featured in the series. There are a bunch…

The project has been in the works over at Amazon for awhile. It’s an original creation from Travis Beacham (Pacific Rim) and René Echevarria (The 4400, Star Trek TNG). Orlando Bloom and Cara Delevingne lead the cast which also includes Jared Harris, Waj Ali, Leanne Best, Tamzin Merchant, and Scott Reid.