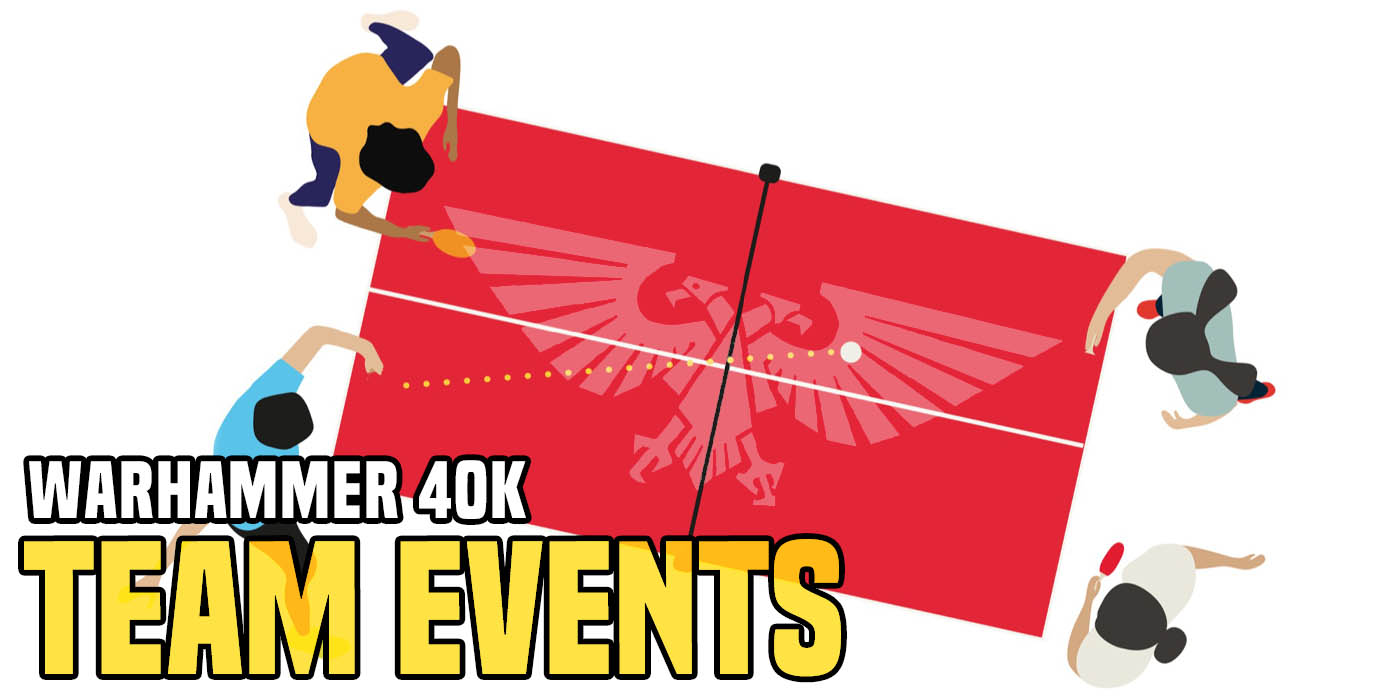 Hey everyone! Adam here to bring more knowledge about the Team Tournament side of Matched Play.

Adam, from TFG Radio and the Las Vegas Open, here,

As we have all come to know, Games Workshop has given us three ways to play Warhammer 40,000. Even withing these three ways of playing the game, there are numerous variations that can, and are, used. I won’t be discussing Narrative or Open Play but will be focusing on one aspect of Matched Play that is very popular for a lot of players; Team Events. In this case, there are essential 3 sizes of tournaments that people are familiar with. There is the small 3 man team event, the little larger 5 man team event, and the super sized 8 man team event. 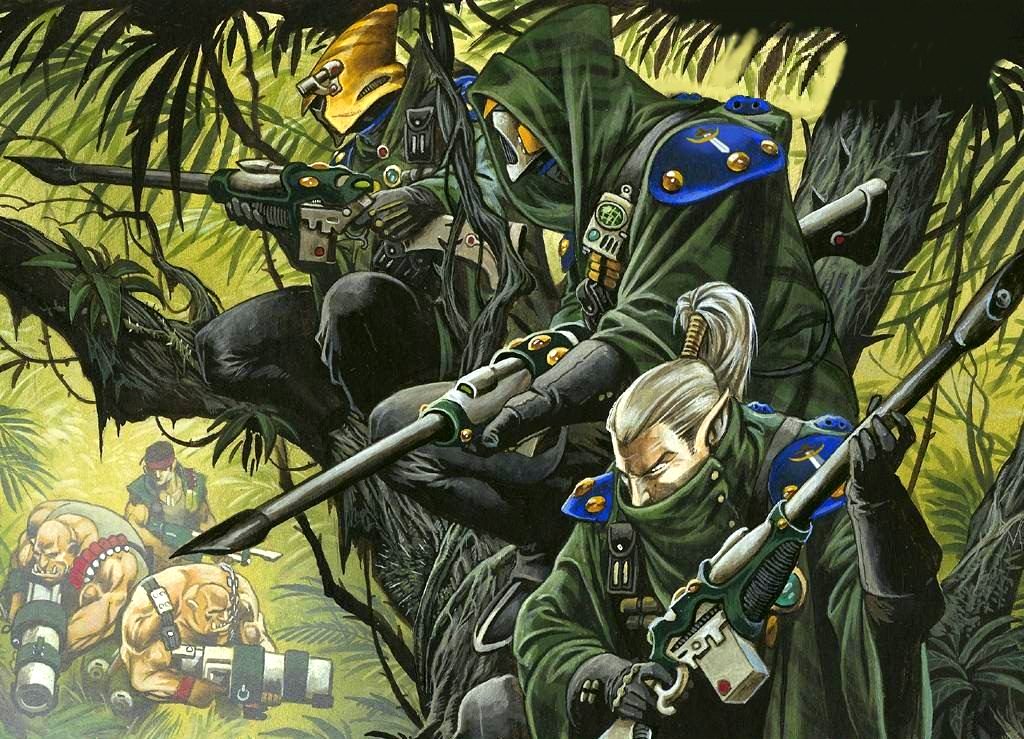 Although there are probably plenty of smaller 2 man events, there is a unique way of playing a 3 man team event. The most popular format I have seen does not have all 3 players playing individual games. The format I have seen has each player on the team create a 1000 point and a 2000 point army. There is a limitation on what codexes you can take but it usually doesn’t matter since there are only 3 players. During the tournament 2 of the players will use their 1000 point lists to play a team game, while the third player will use their 2000 point army list to play a one-on-one game against the other team’s third player. In addition, especially in smaller tournament with only 3 games, you cannot repeat partners until everyone has played a team battle. This format is actually pretty fun as you get the experience of playing with a partner and on your own in contributing to the success of the team. If you are nervous about Match play or playing in a team event, this format may be the best way to ease into it. 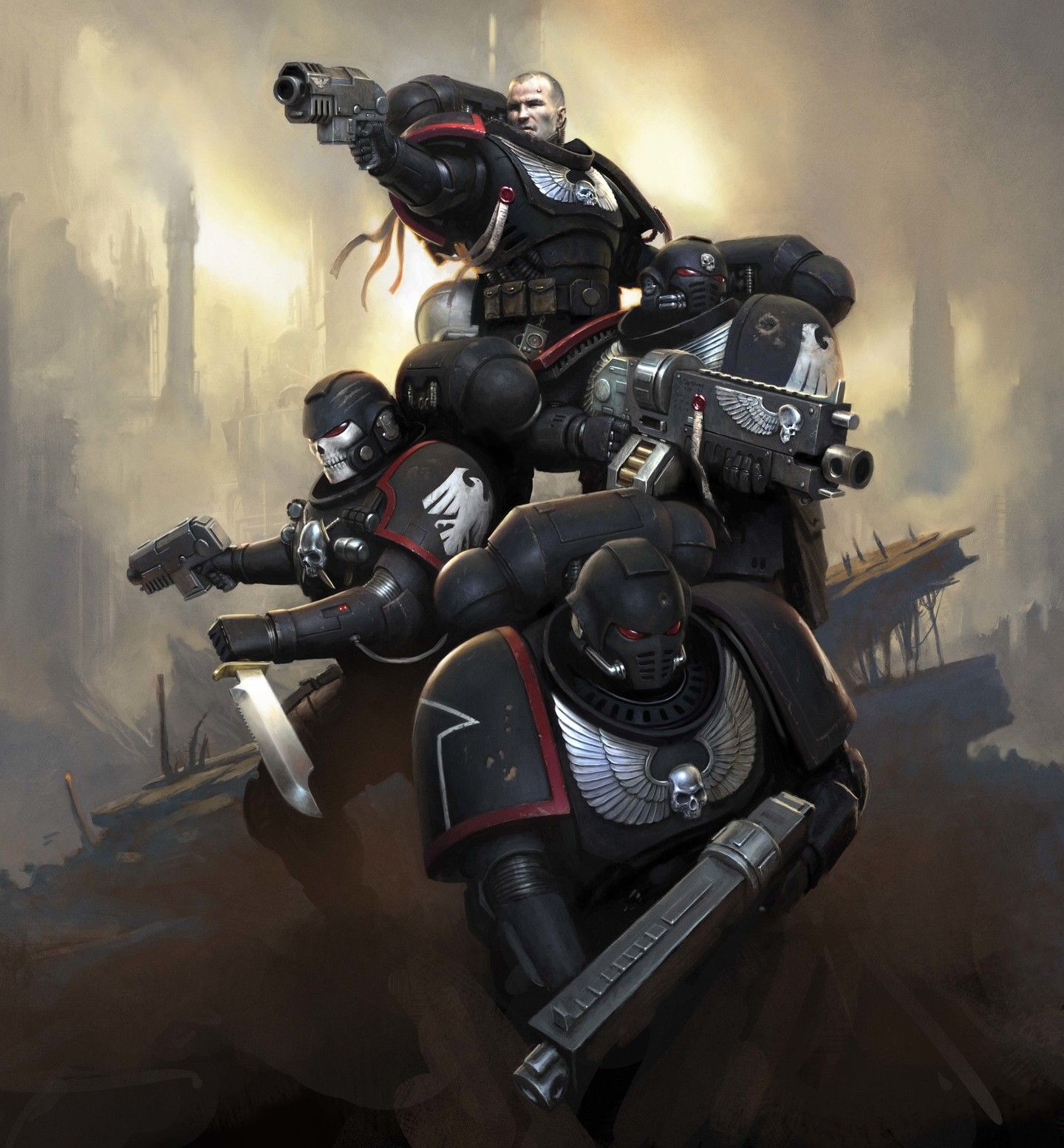 The other common size is a five man team event. This larger format doesn’t really allow for a team battle event, similar to the 3 man team event, so each player fights and individual battle that contributes to the total team score in determining the winner of the greater game. In this system you are usually only allowed one codex per team. For example, if my army is Death Guard and Thousand Sons, then no other person on my team may take either of those codexes. This limitation can cause issues for teammates that are used to playing mixed armies. Sometimes forcing them to play with a codex in their list can hurt the team more than help. The beauty of the team event at this size is that there is not as much pressure to win. In these events the combined points of the players in the team, whether they won or lost, is used to determine if the team won, lost or got a draw. Even if you feel like you cannot win the game, there is still the chance to contribute to the team by getting as many points as possible, even with a loss. This “fight for every point” attitude can, many times, be the points that makes the difference between a tie and a win/loss.

The largest, so far, team event that I have seen is an eight man team event. Just like the five man team event, codexes are limited, the scoring is the same but sometimes there are a few more players than just the eight. In many events, a coach is included. They help the team keep track of how everyone is doing and actually will sometimes decide whether a player need to just earn a certain amount of points or to try for the big plays because they need those big points. In these events you see a lot more variety in codexes on the tabletop because there are so many players. Eight may not seem like a lot compared to the number of codexes out there but not all of them are optimal for Matched Play. Although there is the issue of getting 8 people to play at the event, sometimes its just hard enough to get 3 people to commit to a team event, it is a lot of fun as the pressure of having to win every game is not as intense. 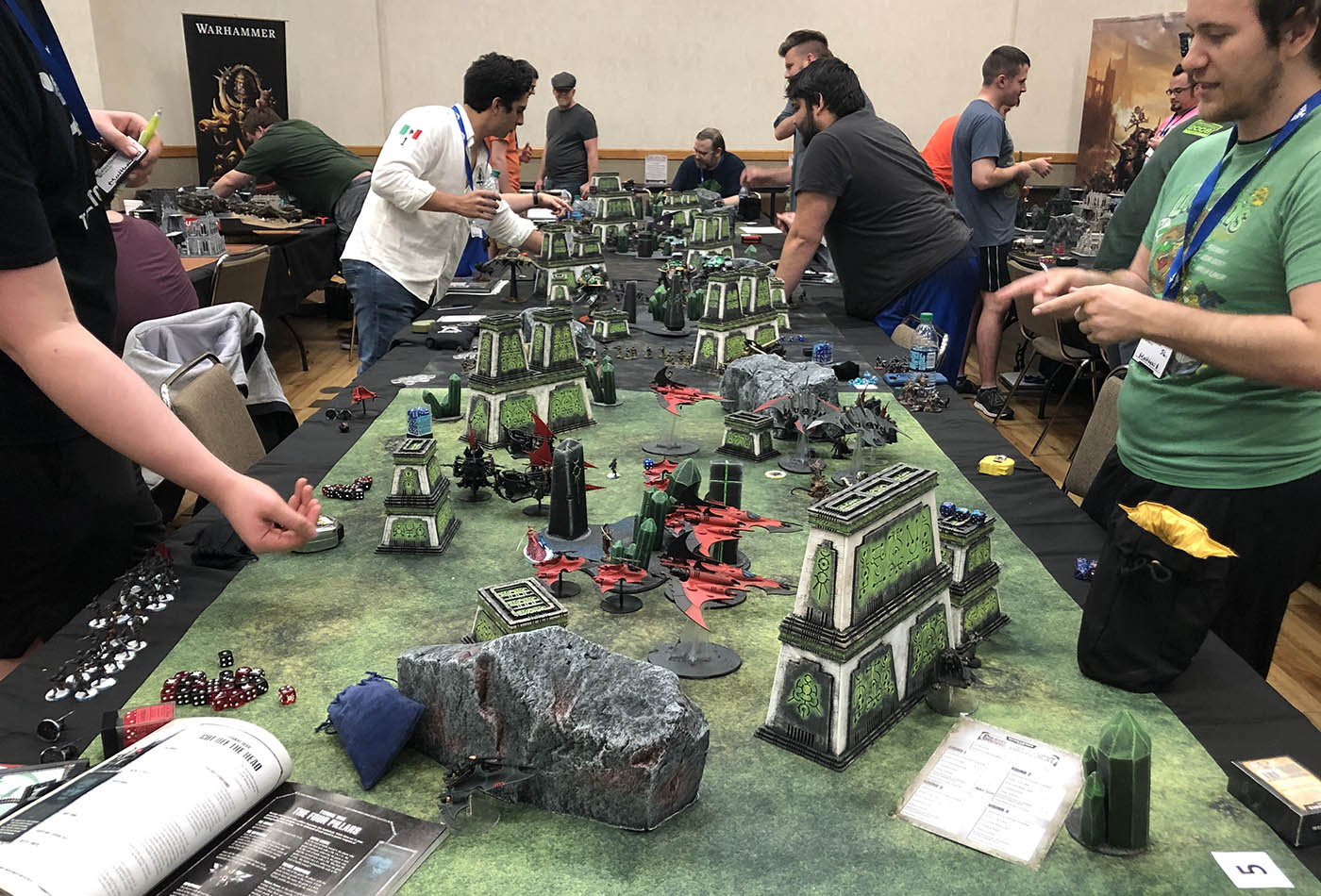 As much fun as team events are, there are a few drawback. I already mentioned that it can sometimes be like herding cats when trying to get the team together. Depending on the location cost could be an issue, but that’s an issue when you go to any tournament, and there is always the chance that a team member may have to drop out for some reason. I didn’t event mention other team events, such as 4v4 team events, or ones where it is straight win/loss that determines who wins the match between teams. All that being said, team tournaments aren’t for everyone but you should give it a try. You may enjoy it more than doing individual tournaments.

~ Let me know what you think and what team tournaments you have seen, or played, in that was different than those already mentioned!