There’s talk of the new edition of 40K doing the rounds, so let’s talk about some things Age of Sigmar does right that 40K should embrace.

There’s talk of 9th Edition showing up next year. Not a giant shock, and one that has been broadly expected. 8th Edition is an all new beast built from the ground up from the bloated ashes of the 3rd-7th edition backbone. But as with all things, we should consider 8th Edition the seed from which new editions of 40K will grow, not an endpoint. It was inevitable that some things would go south with such large change. Now we’ve already talked about all kinds of specific 40K rules that we think should change, but today I want to change focus a bit and look at 40K’s stablemate – Age of Sigmar.

AoS has grown up fast from its shaky early days and many would say is now a superior game system, background and fluff considerations aside. Here are three things I think AoS got right and why I think any new edition of 40K should borrow from it.

I’ll admit it, stratagems/command abilities are a great addition to the game. They are super characterful and provide ways to make each army special and tied to their background. The problem isn’t the strats themselves, it’s the implementation of the concept. In AoS the system is designed to let both players use thier abilities slowly metered out over the entire game, early, mid, and late. Each players get to equally participate and get in some cool abilities during the game. In 40K, each player is loading up their competing CP catapults to the breaking point, both poised to fling everything they got into the opposing army as soon as turn 1 starts. It’s a whole different vibe and I think AoS has the better system.

Age of Sigmar has done a fantastic job of breaking out of bland fantasy tropes and growing into something really new and unexpected. GW has gone hogwild with creative and large showcase miniatures. We all play a visual game, and don’t forget the large amount of hobbyists who rarely play, but love to paint up a  beautiful model. With army centerpieces like Nagash and Archaon, to the Loonshrine, to the Kharadron Ironclad, there are large oversized pieces that are both beautiful AND effective on the tabletop. 40K doesn’t have nearly as many oversized kits outside of Forge World, and Knights. I hope to see more large scale plastic kits that aren’t cookie-cutter variants of other kits.  Folks like owning the big items, so let them flow!

Random turn initiaive. It’s been one of the most divisive and controversial features of AoS. It’s also fair. It affects both players equally, and has a major effect on the game. You HAVE to be improvisational. With both players on average getting a double turn each game, you are going to have to roll with it. Random turn order has the effect of upsetting the meticulously details strategies that you often see in 40K where players mentally chart out the entire game from turn 1. You can come to the table with a solid army in AoS, but you always have to ready for the turn sequence to bite you, and you have be able to maximize the opportunity when it goes in your favor.

It also adds a heck of a lot of drama and excitement into the game. I say go for it!

~What do you think AoS gets right that 40K should inherit? 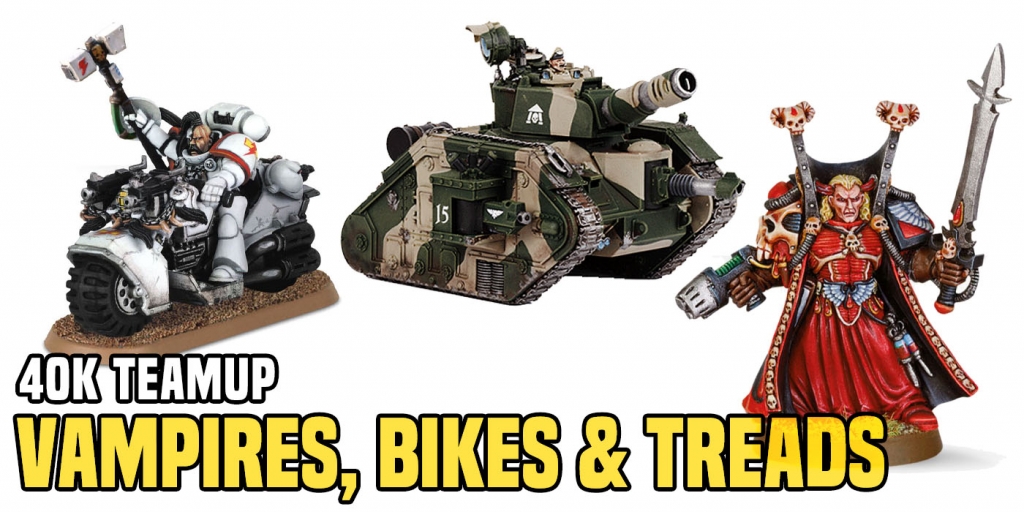