Cosplay Artist Spotlight: You Know NOTHING About Tom Snow Pt 2 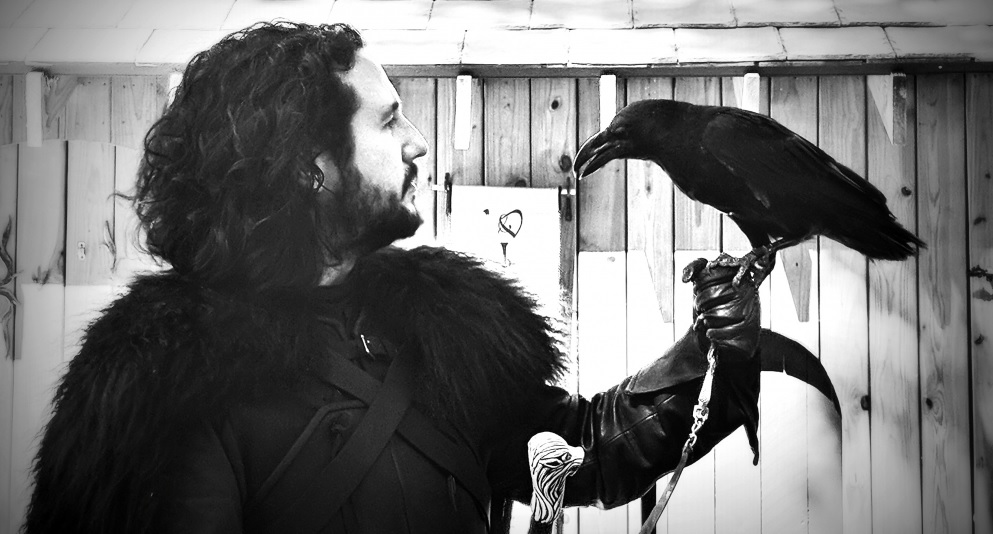 We’re traveling back to Westeros this week, featuring a local Austin cosplayer with roots deep in the Renaissance festival community. He travels across the country for Con of Thrones and DragonCon each year, and has a STUNNING representation of John Snow armor projects. Check it out!

Five years ago I heard about an amazing place called Sherwood Forest Faire, from my Bi-Weekly D&D Group. A bunch of the guys are regular attendees of this local Medieval Faire, putting up a camp for the whole two month run of the faire, dressing in costumes, and generally having a blast. This sounded like a PERFECT excursion for myself and my then Girlfriend, so we threw together some costumes and headed out. 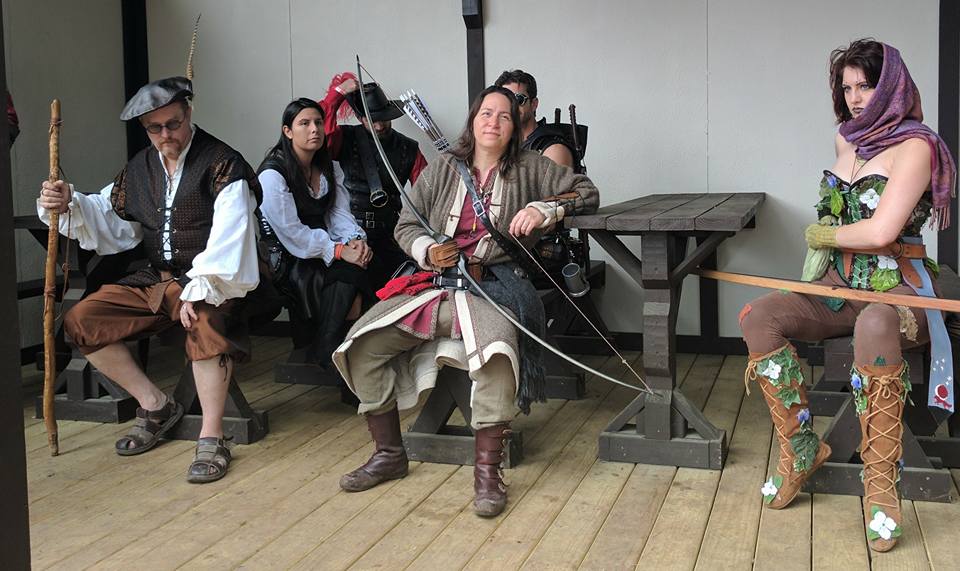 I immediately fell head over heels in love with this wonderful oasis in the middle of the Bastrop Forest of Central Texas. The community members are welcoming, the costume variety diverse and colorful, and the pop-culture references are adhered to with reverence and dedication. Daily I would walk by fairies, King Richard the Lionheart, Pirates, and characters from my favorite shows. I met a lovely gent and his amazing wife who are AVID Game of Thrones fans, and eventually befriended them and joined their group of Game of Thrones Cosplayers. I hope you enjoy getting to know my friend Tom, and his fantastic Tom Snow Cosplay! 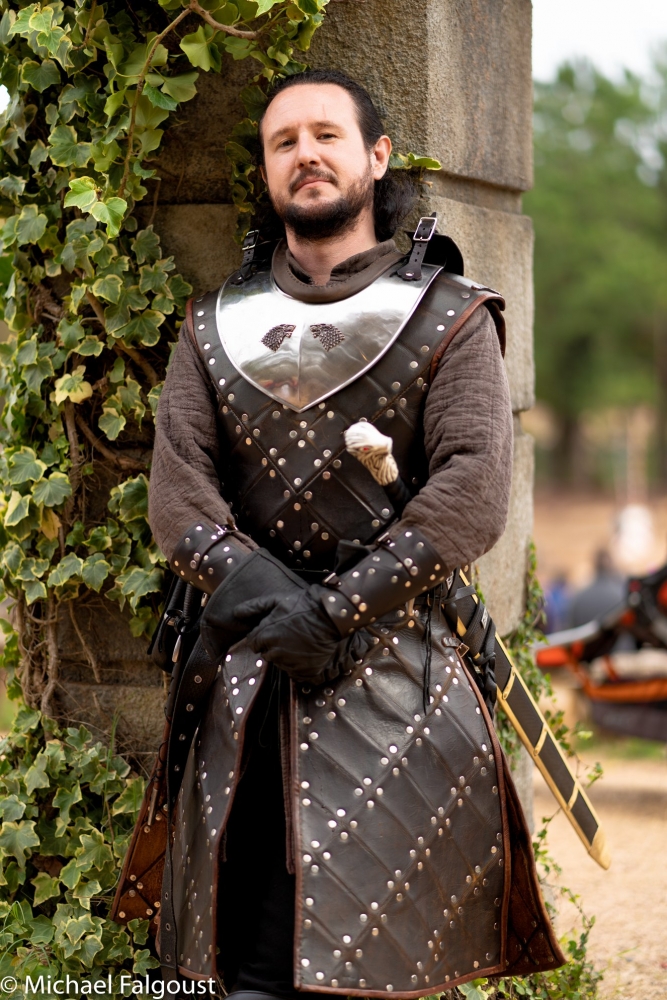 What projects are you working on in the future?
​Right now I’m kind of taking a break post-DragonCon. Con of Thrones and DragonCon were about six weeks apart, and after doing a pretty extensive Bronn build for CoT, it felt like I had been in con crunch for three months in a row. Even though he’s not as popular, I’d still like to kind of perfect my Bronn cosplay, which means 3D printing a new sword pommel, and potentially making an entirely new wood or plastic sword. I’ve always been a purist with regards to weapons, always wanting to have real steel swords and daggers, but I’ve realized that that isn’t always ideal at Cons, where your sword is zip-tied to your scabbard and can’t be drawn for photos. So I have a 3D printed
Longclaw that I’d like to work on and get as close to screen accurate as possible. In the state its in now, that means a lot of Bondo, sanding, paint, repeat. And then the 3D printed sword won’t fit the scabbard made for the steel replica, so that means making a new scabbard from scratch too. I need to update Jon Snow’s cloak fabric to match season 7/8, but it’s not a commercially available fabric. I’m pretty sure the costume designer had people custom-weave the fabric for the show. So I guess the work is never really done.
​ 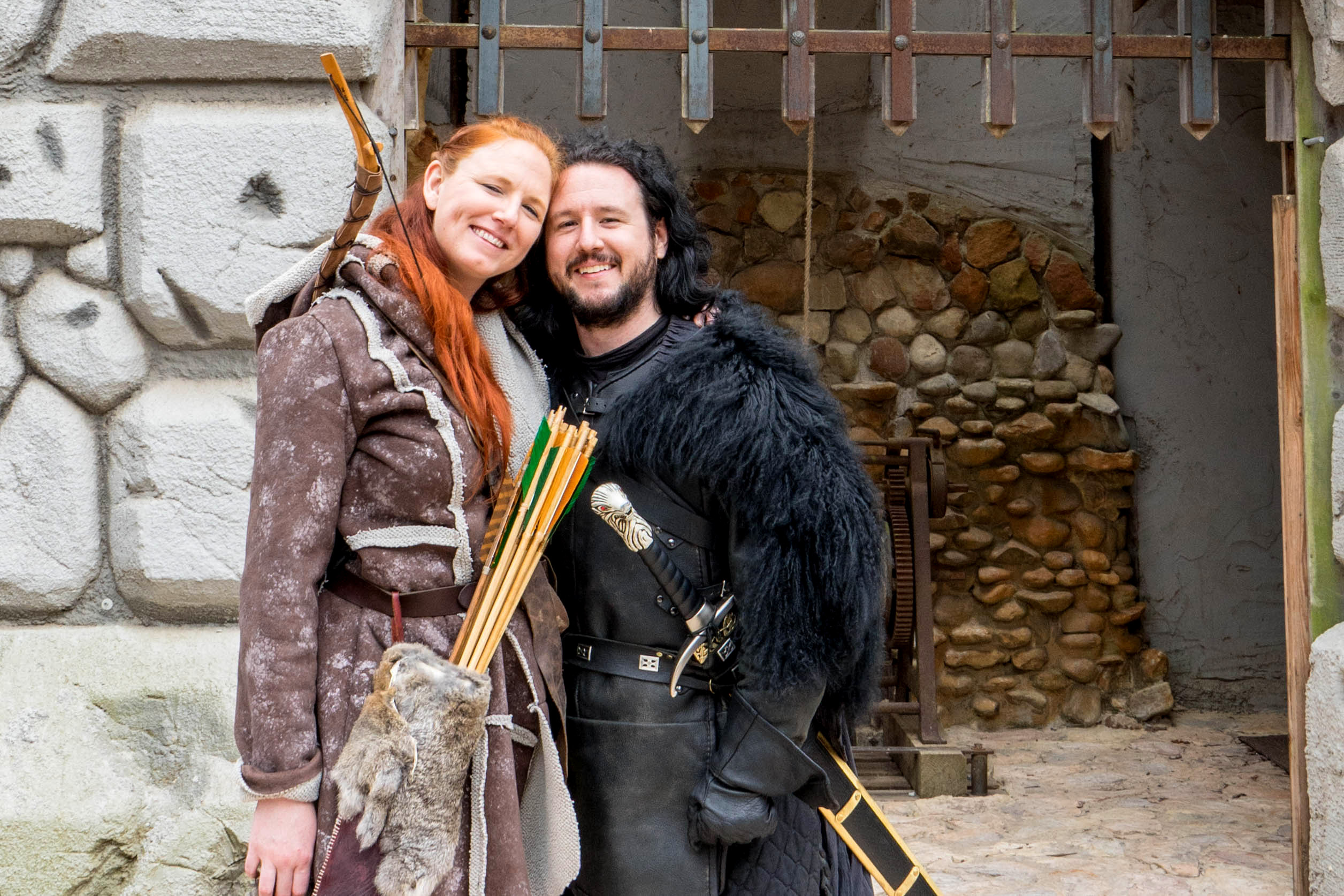 What conventions are you attending this next season?​
I’m not sure yet; I probably won’t be able to travel outside of Texas for awhile for budgetary reasons. The next event I’ll be in cosplay for will probably be a few weekends at the Texas Renaissance Festival. I’ve never been to the Wizard World Austin Comic Con, so I may check that out in November since its local.
​ 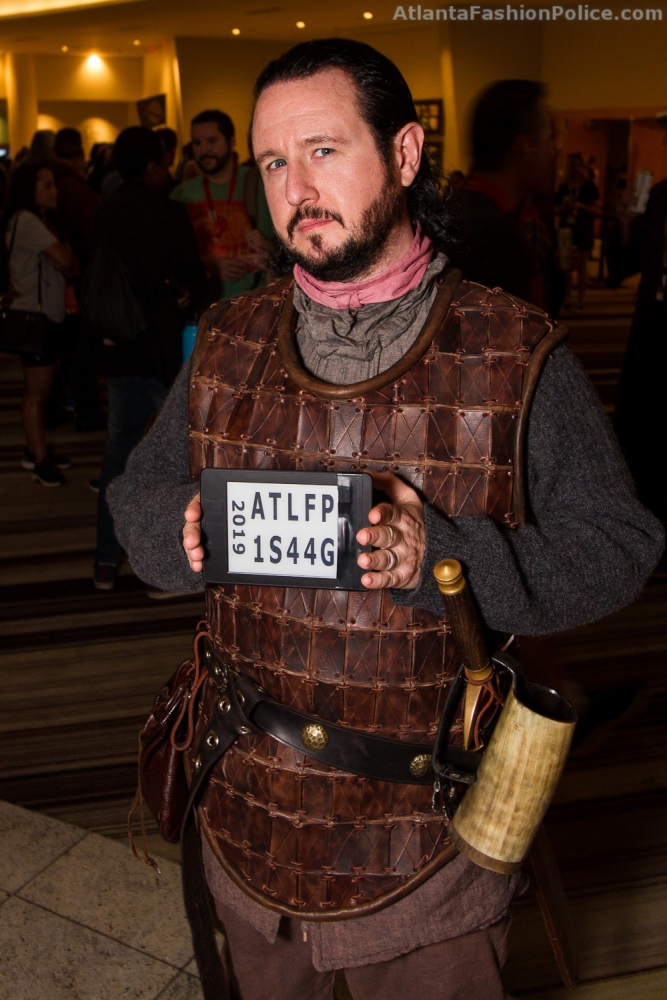 Who are your cosplay inspirations? Whose work do you admire or aspire to?​
I’ve only been following other cosplayers on Instagram for about a year, so I’m not super familiar with a lot of “famous” cosplayers. As far as period medieval cosplay goes, America has nothing on the Europeans. It’s hard to hold a candle to some of the German and Italian Game of Thrones cosplayers. Evelyn Korn and her company
@VoltoNero.costumes are kind of the gold standard of Game of Thrones cosplay. Another German cosplayer @Cosschmiede has costumes in a lot of the same fantasy fandoms I love, and his work is amazingly authentic. There’s a Russian leatherworker named @Svetliy_Sudar that makes some beautiful things in his shop, and seeing his
step by step process gave me the courage to attempt my most recent leather gambeson. Here in the states, @AnnieGraves.cosplay crushes everything she attempts, works really fast, and has only just started cosplaying.
​

What are your favorite movies/shows to watch or music to listen to while you craft?​
Most of the time I do my cosplay work in the living room on the coffee table, so I’ll throw on an old fantasy movie I’ve seen a dozen times. Lord of the Rings, or A Knight’s Tale, Willow, and obviously Game of Thrones though I can get GoT overload sometimes. If I need to work in the garage or at the sewing machine, I’ll usually have a podcast on.
While I do listen to GoT podcasts as well, if I’m working I’ll be most likely to listen to a comedy podcast with Joe Rogan, Bert Kreischer, or Kyle Kinane.
​ 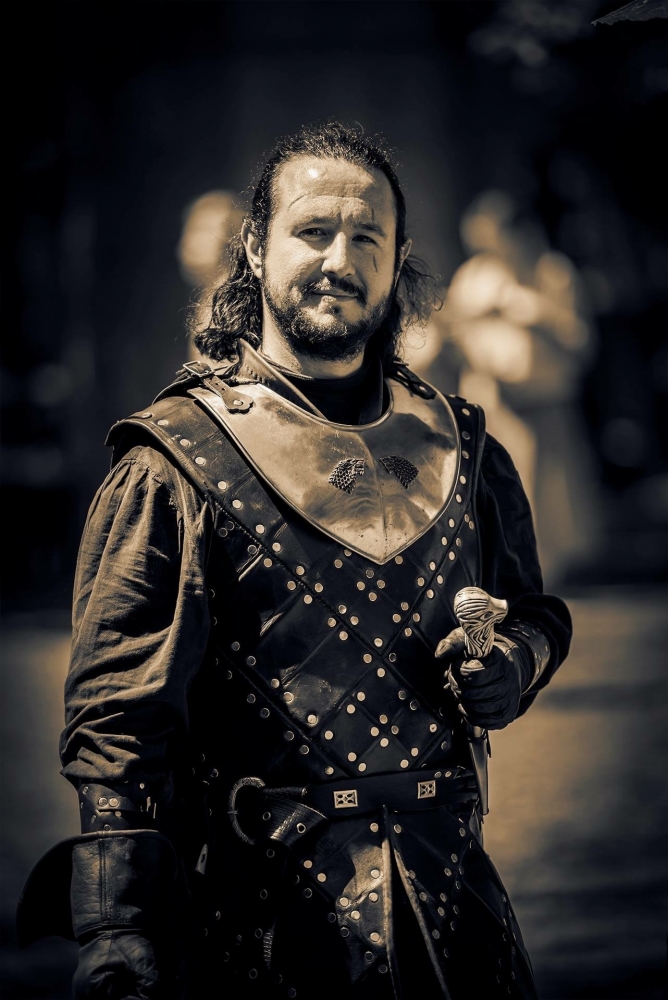 King in the North. Image by Joshua Butler

What message do you have for people wanting to break into cosplay? What have you learned in your time working in Cosplay?
At a few cosplay panels at Con of Thrones this summer, I’ve started using making pancakes as a metaphor for crafting. If you’ve ever made pancakes or waffles at home, you know that that first pancake always turns out wonky. It’s almost always misshapen, burned, underdone, too big or too small, has a big tear in it from flipping it too early. It’s the pancake that you put on your own plate and hide under the later, better pancakes. Your first cosplay is going to be the first pancake. It’s not going to be perfect. Just accept that, and keep making pancakes. Eventually your pancakes will turn out great, and you’ll look back at that first pancake and laugh. While it’s awesome that some cosplayers are skilled enough to crank out new costumes for every single Con, and then never wear them again, I would much rather go back to a cosplay that I loved wearing but wasn’t totally happy with and fix the wonky parts, or upgrade materials or redo something with better measurements for a better fit. When I was first starting on a renfest costume I didn’t have the money to just buy all the pieces I wanted at once, so I committed to buying or making one good quality piece per faire season, and after a couple of years I was pretty happy with the results.

What do you do with your time outside of Cosplay? Any special skills or experiences?
I work a 40 hour job at an Investment company, and don’t have a ton of free time after work on weekdays. My wife and I have cultivated a pretty solid social group, many of whom also have made Game of Thrones cosplays or go to RenFaires. It always seems to be someone’s birthday or wedding or baby shower or something. It’s almost rare to
have a free weekend that’s not either Faire, or a Con, crunching for faire or Con, or have another social engagement. On those rare free weekends my wife and I usually just veg-out on the couch and watch movies or I’ll play video games if I have the TV to myself. ​ 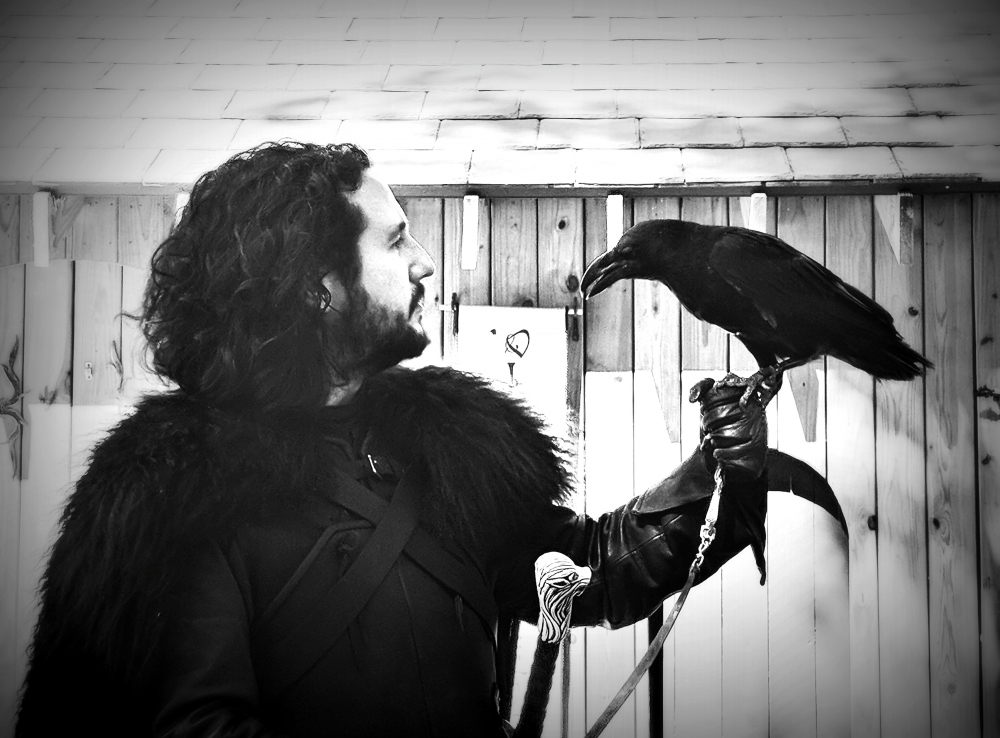 What are your social media/website links? Where can we find you?
I don’t have a standalone website, but I’ve been trying to documents my works in progress on Instagram @LordCommanderTomSnow.  I’m on Twitter under @tehooper but it’s usually just to follow jokes and argue with fellow Game of Thrones nerds. 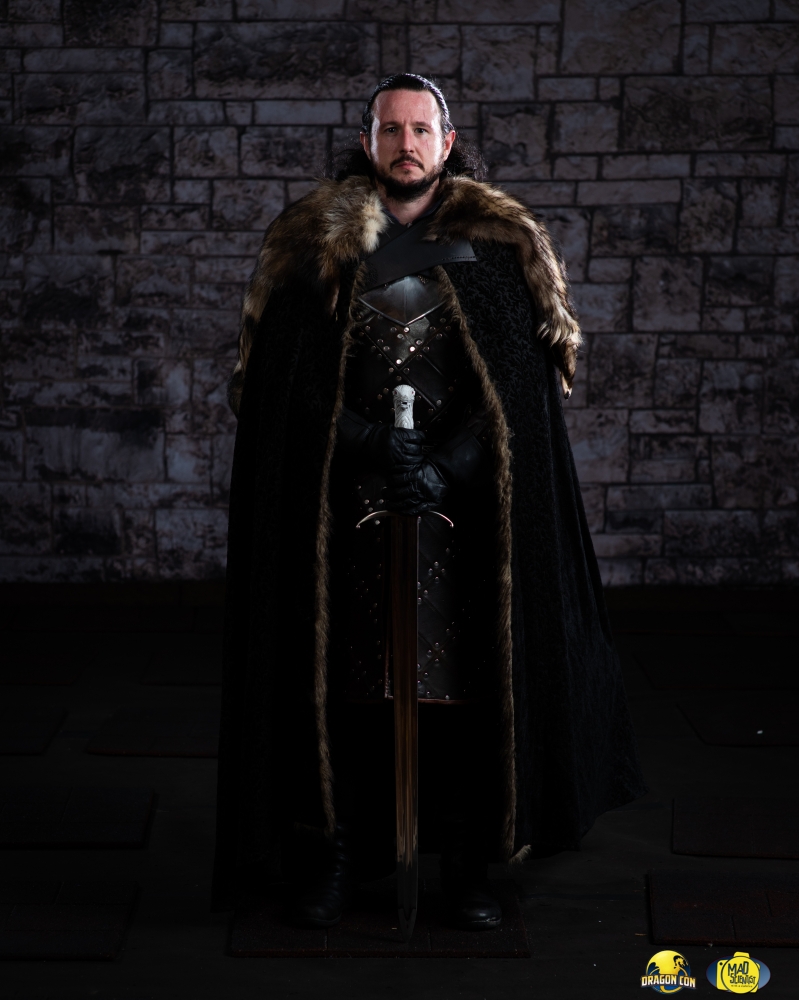 King in the North image by Bryan Humphries

Author: Jennifer Larsen
Jennifer aka "Mayhem's Muse" is the Cosplay Editor for BoLS and manages Ad Sales and Communications. Her cosplay awards include the RTX Judge's Choice Award and Dragon's Lair Austin's Cosplay Symposium. Jennifer has been a Cosplay Guest Judge at RTX, Tacticon and Genghis Con in Colorado. She regularly attends conventions to cover cosplay for BoLS. Her cosplay work has been featured in publications such as Girls Who Love Monsters, Geek Fuel, and Renaissance Magazine. Jennifer has modeled in the Her Universe Fashion Show, Precision Camera's yearly Precision Camera University, and has taught several workshops for photographers about partnering with cosplayers and creative muses/models. Jennifer is a lifelong enthusiast of retro video games and loves Dungeons & Dragons, urban fantasy, tabletop games, VR technology, and historical archery. She has set National Records through USA Archery’s Traditional Division for Asiatic Bows and earned 4th Place in the World Nomad Games in Kyrgyzstan in 2018 for Women’s Korean Archery. Jennifer is currently studying for her Masters's Degree in Organizational Leadership.
Advertisement
Cosplay Game of Thrones
Advertisement