The Crab Clan is next on deck to get a new Clan Pack and today, Fantasy Flight Games is showcasing some of their new cards that players will soon be able to add to their decks!

When it comes to keeping the of Rokugan safe from the terrors beyond its borders, the Crab Clan are the wardens of the Kaiu Wall. The mighty defenders of the Crab Clan help ensure that the rest of the Emerald Empire will never have to experience evil from beyond. If you want to play a clan that values defense and maintaining the safety of the rest of the nation then the Crab Clan might be the one for you.

Today we delve into the Defenders of Rokugan – the next Clan Pack for Legend of the Five Rings – which focuses on these stalwart defenders! 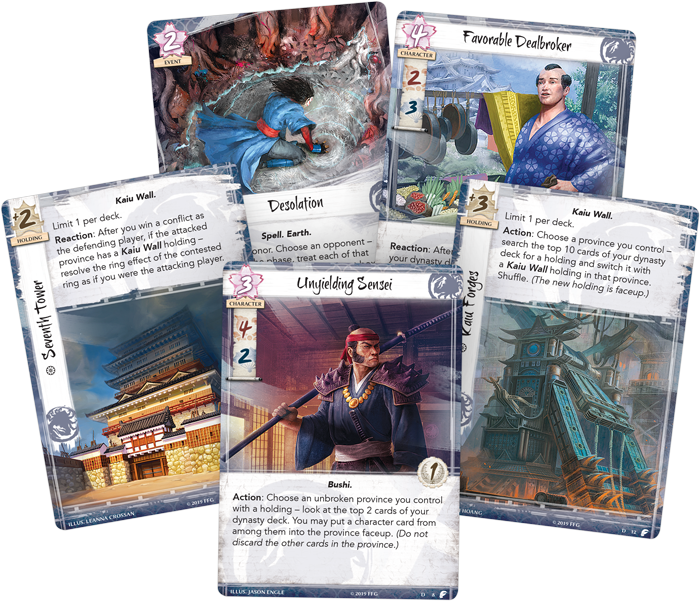 “Defenders of Rokugan includes 78 new cards (3 copies each of 23 different cards and 1 copy each of 9 different cards) mostly focusing on the Crab Clan and their role as protectors of the Emerald Empire from the deadly southern Shadowlands.” 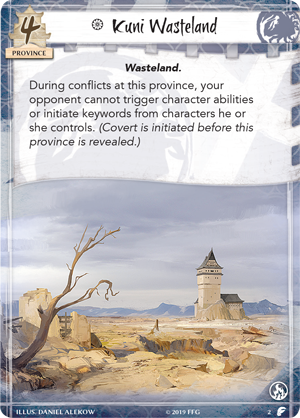 The Defenders of Rokugan Pack also contains 6 new and unique 1-per-deck holdings that each represent part of the massive Kaiu Wall. These holdings not only give you great individual boosts, but they work together to make each wall section ever more powerful. As more Walls come into play, each section gets even better. 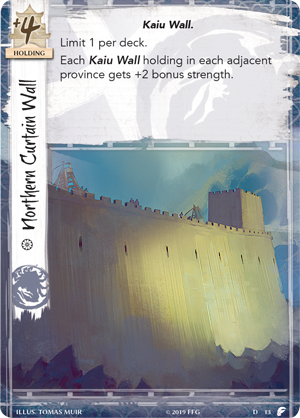 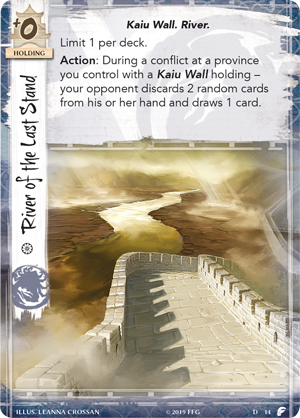 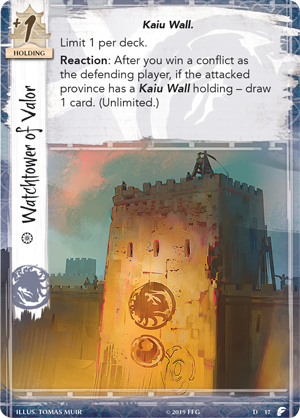 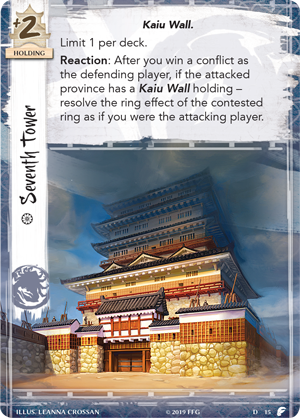 Now, there is a drawback to having all these different holdings in play as it can make it difficult to get characters into play. Fortunately for the Crab Clan, they have ways around their own solid defense. 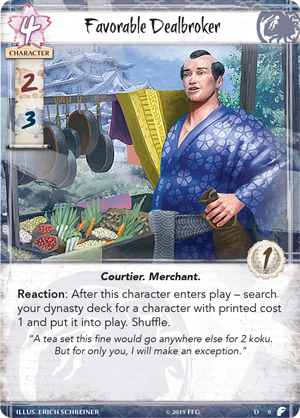 Favorable Dealbroker can help you bring another character from your dynasty deck into play when they take the field. This ability combos very nicely with several of Crab’s characters and can even help new characters like the Purifier Apprentice to trigger their ability. 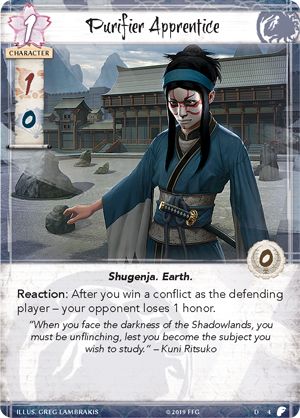 Remember – the Favorable Dealbroker’s Reaction can circumvent restrictions that might arise due to the number of holdings you have. And with a Character like the Purifier, which basically helps you win more, you can really punish an ill prepared opponent. 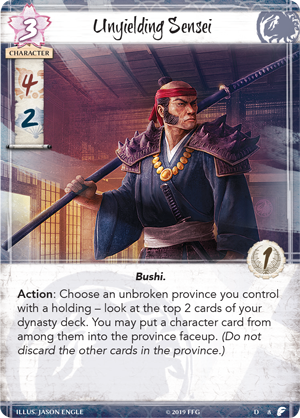 The Unyielding Sensei is another character that can help you get around the holdings restrictions. By using their action, you can look at the top two cards of your dynasty deck and put a character onto a province faceup. 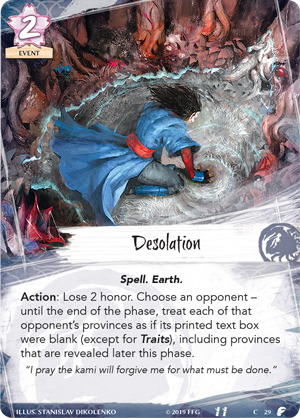 And finally, for when Crab Clan does decide to go on the offensive, Desolation can help you avoid your opponent’s tricks and traps by “blanking” your opponent’s provinces until the end of the phase. This might cost you 2 honor in the process, but if that is the price of victory, the Crab Clan is willing to pay that cost! 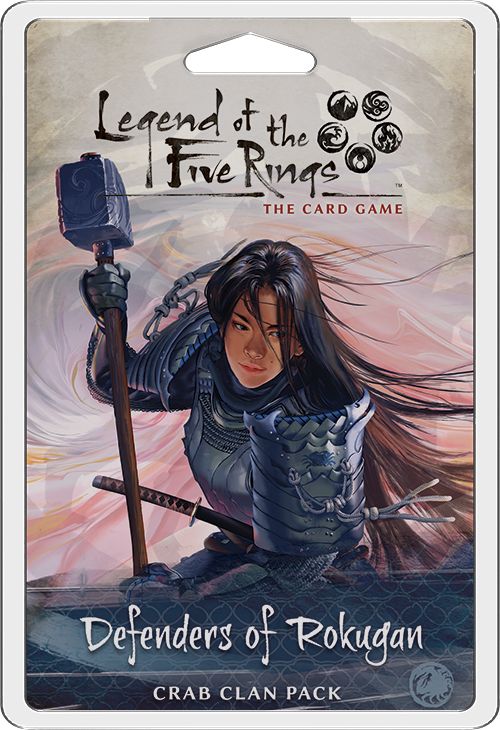 This pack is currently up for Pre-order from FFG!