New artwork for the upcoming Wrath and Glory Revised reveals the Inquisition coming for some poor unfortunate Mechanicus targets.

They probably had it coming, because surely there’s no reason an agent of the Inquisition would turn on loyal members of the Imperium. But take a look at this spicy new artwork, which reveals two images of a bad scenario for the mechanicus, but a triumph for the Inquisition. Let’s take a look at what Cubicle 7 has put out, and get a glimpse of what’s in store for the Dark Millennium, coming to us soon. 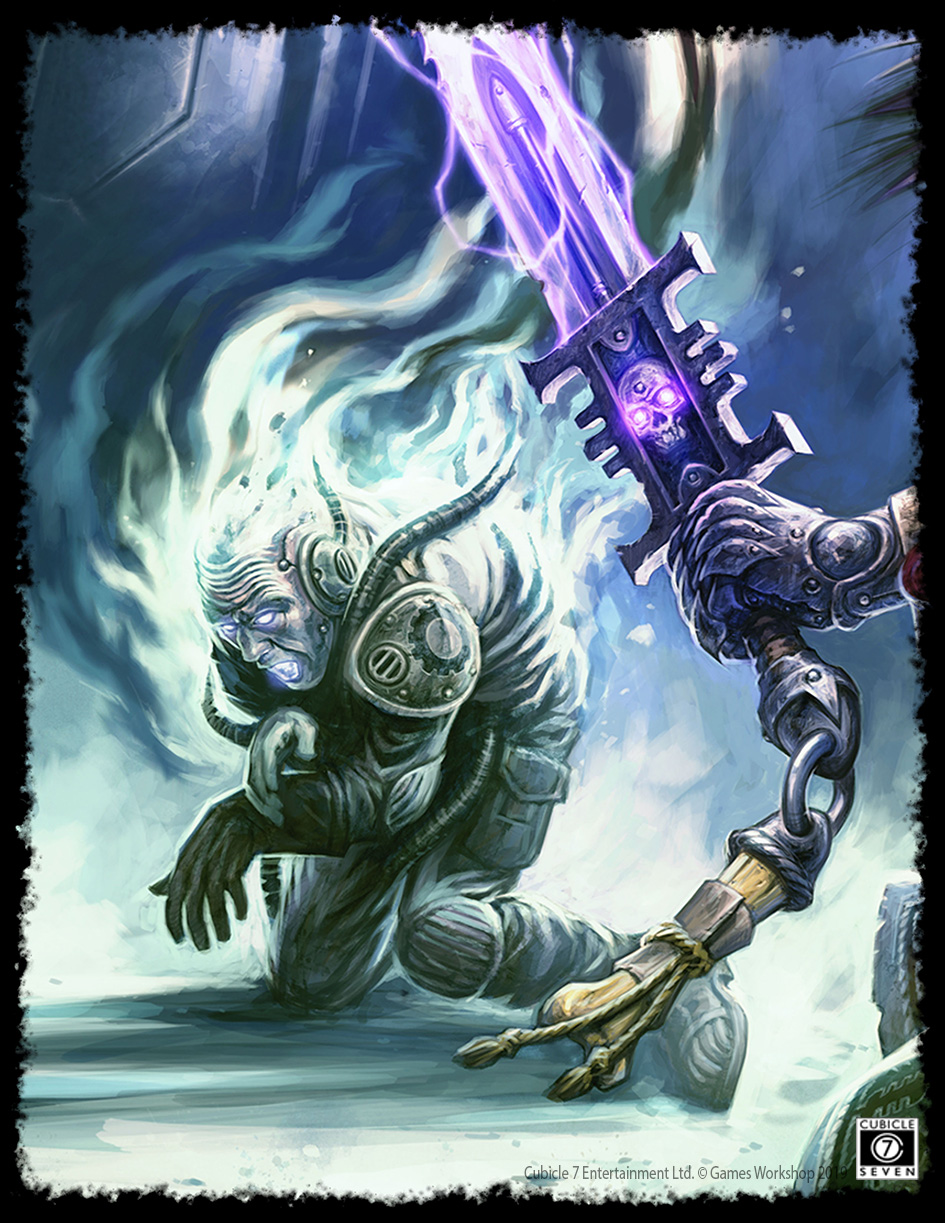 In addition to the brand new artwork, which you can see above and below, we’ve got a fairly huge update on where Wrath & Glory is in its development process, so scroll on folks. 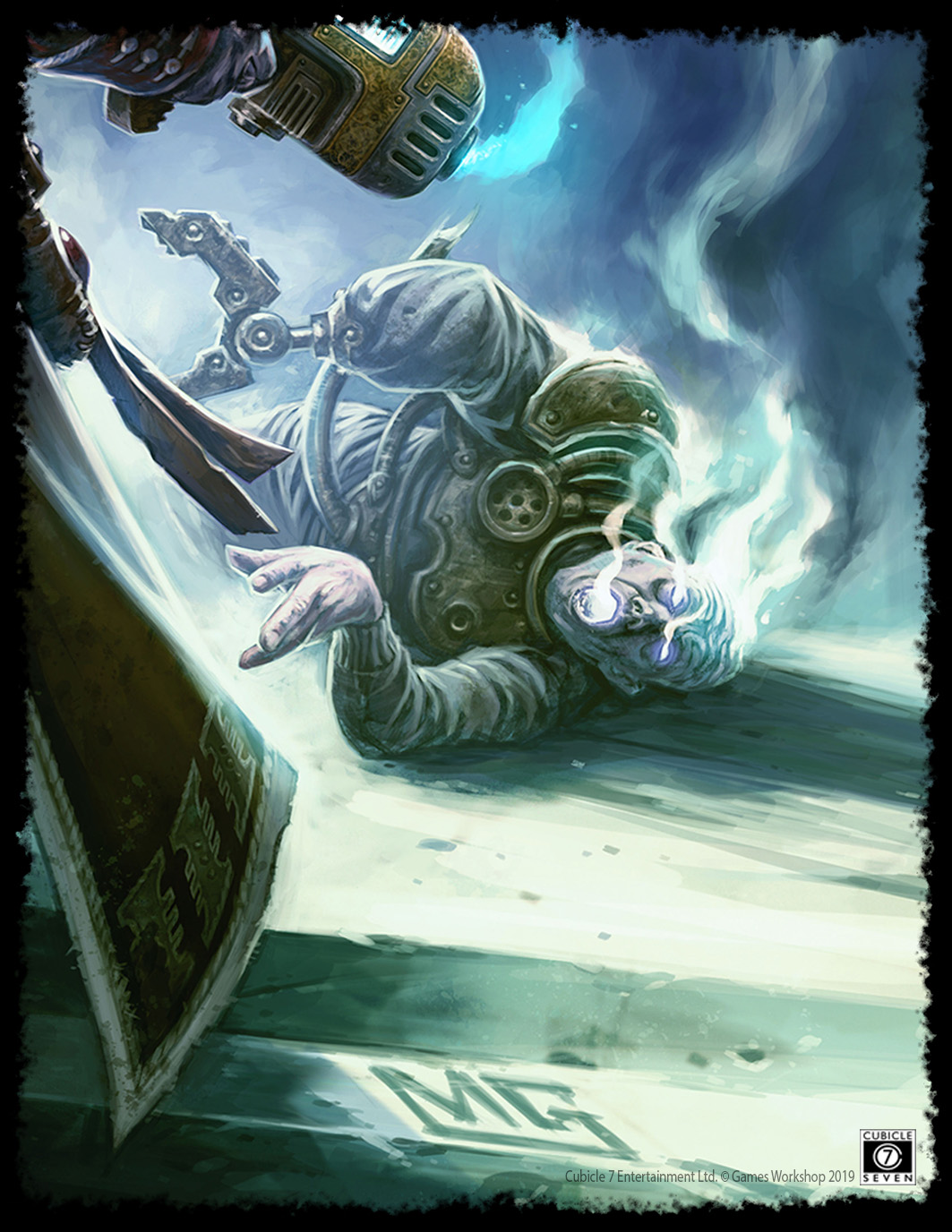 In the deep darkness of the 41st Millenium, something stirs… and awakens.

The unfortunate Imperial citizen in the artwork above is part of a larger piece by the legendary Mark Gibbons. We’ll be revealing more gloriously grimdark details from this piece in the coming weeks alongside updates on Wrath & Glory.

Can you guess what the full piece is of yet..?

Our team are hard at work finishing off the revised Wrath & Glory Rulebook. Producer Zak Dale-Clutterbuck and writer Jon Woodhouse have been testing new Stealth mechanics, which explains why we haven’t been able to find them for a few days.

Ross Watson has continued to lend his instrumental insights to refine the rules and address errata. The revised Rules will be fully compatible with the original system, with clarifications, balance fixes, and optional extras, all presented in an easy to grasp new layout.

Beyond the rules, we’re diving deep into the forsaken Gilead system to continue the awesome adventures planned by Ulisses Speil. The saga will continue after the Rulebook is released, with all the art and writing brought up to date to reflect the Psychic Awakening and the new mechanics.

Two linked adventure books are in the works, each with 5 planet-hopping scenarios packed with peril and intrigue in the Gilead system. The Gilead itself will receive a full setting guide bursting with unique NPCs, history, and hooks for dark adventures.

We’ll release more information on the Rulebook, setting guide, adventures, and some upcoming PDFs over the coming weeks. Until then, may the Emperor protect you!