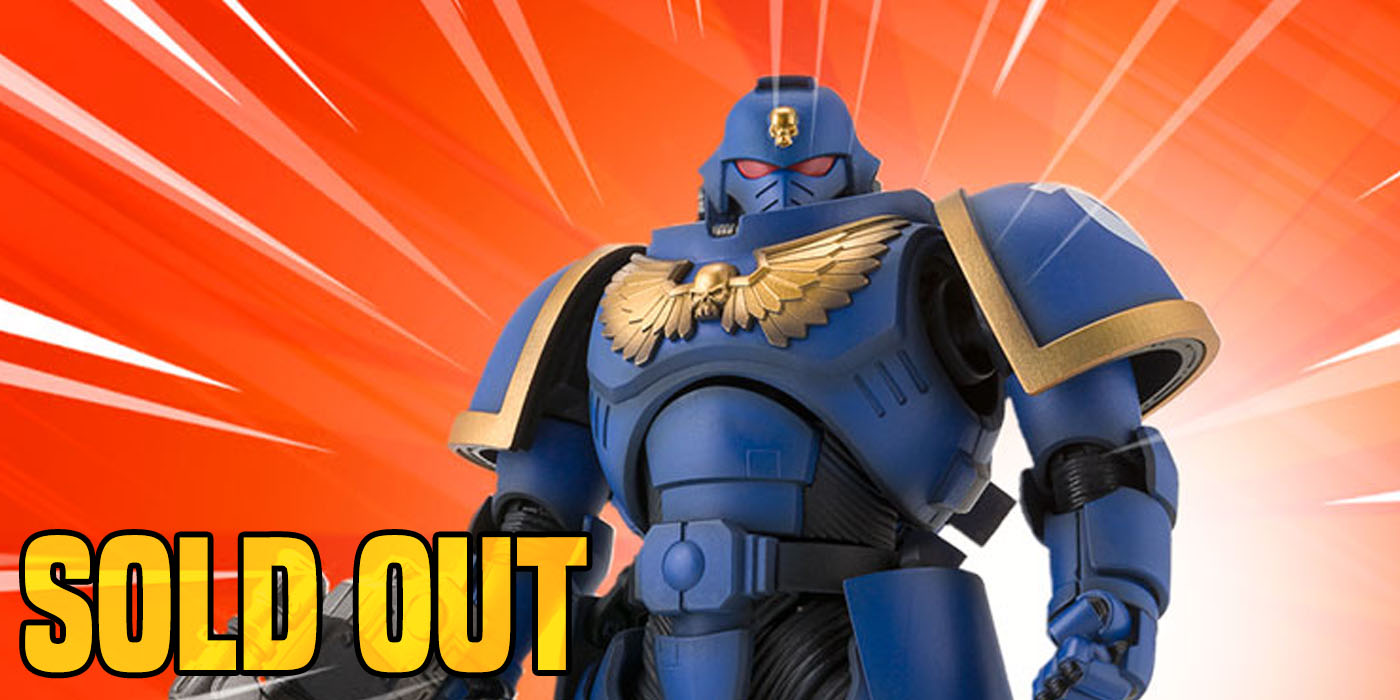 The Bandai Primaris Marine hasn’t even released a second album, but they have officially sold out. The limited run is gone, folks.

Games Workshop’s limited run Bandai Primaris Intercessor Space Marine Action Figure has sold out. The 9,000 figure run is no longer available for online orders as of Tuesday – 3 days after they went up for sale. It doesn’t matter what country you’re shipping to, the Marines have gone. 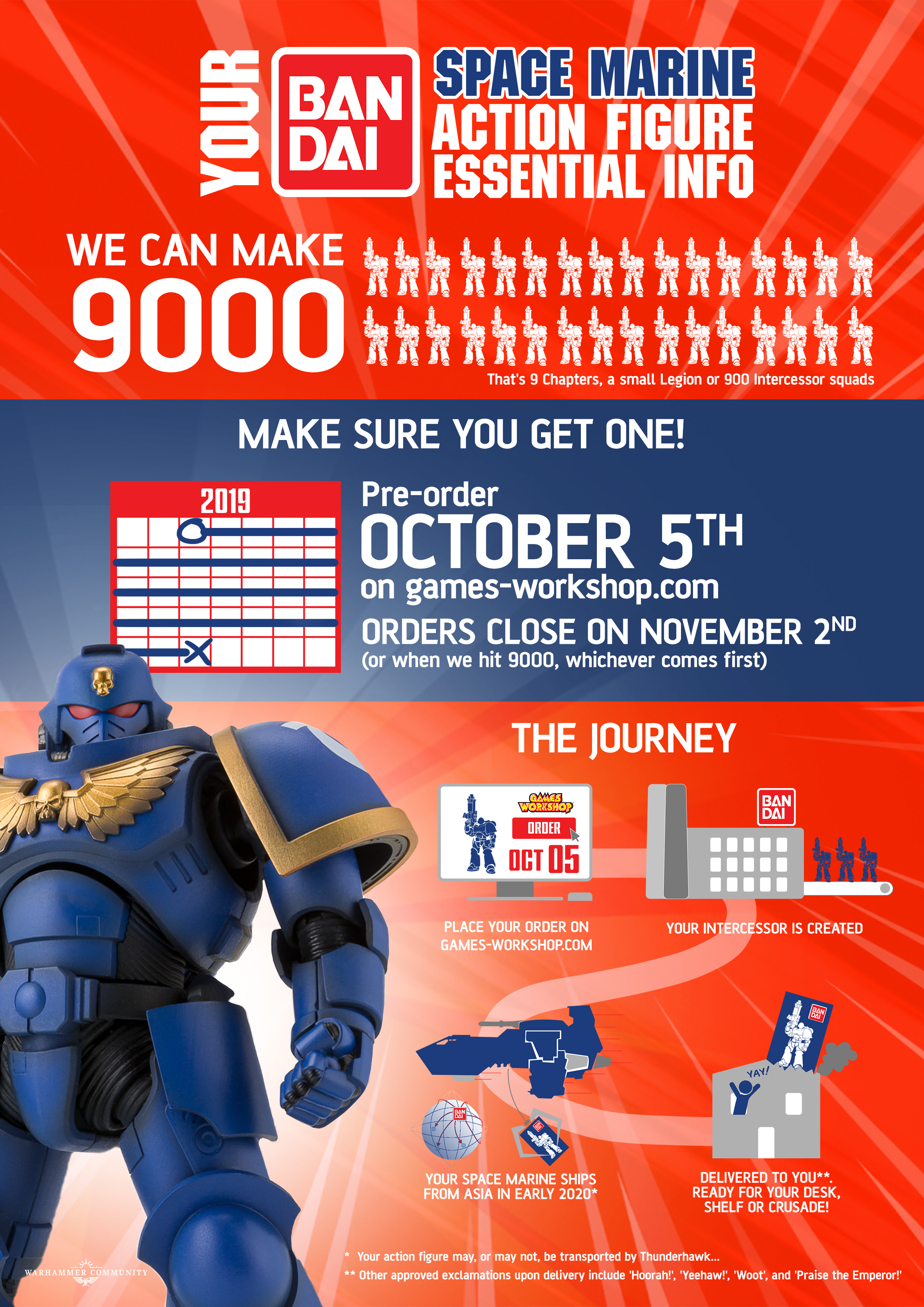 It’s not necessarily surprising that the Marine Fig sold out, but rather how quickly it sold out. Just three days after they went up for pre-order. Clearly the market is there for it–and the Intercessor looks stellar. You really get a feel for how imposing the Intercessor is here. Those eyes, in particular, are very evocative. 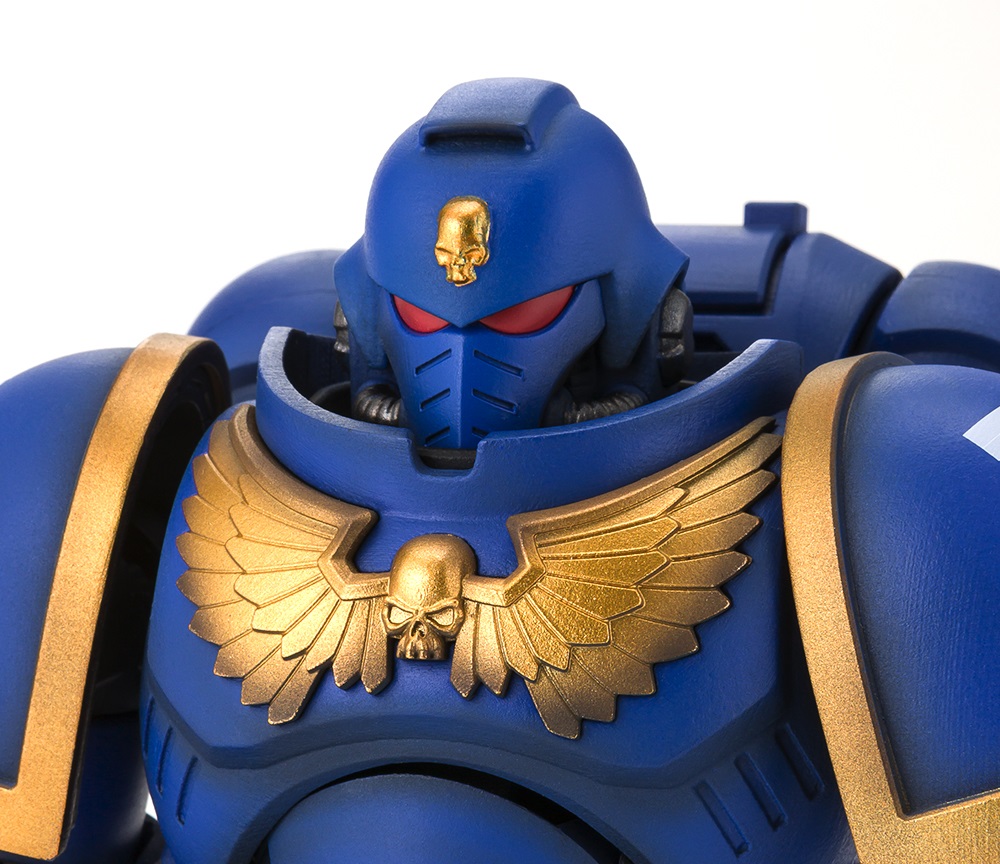 As is the sold out online notice. 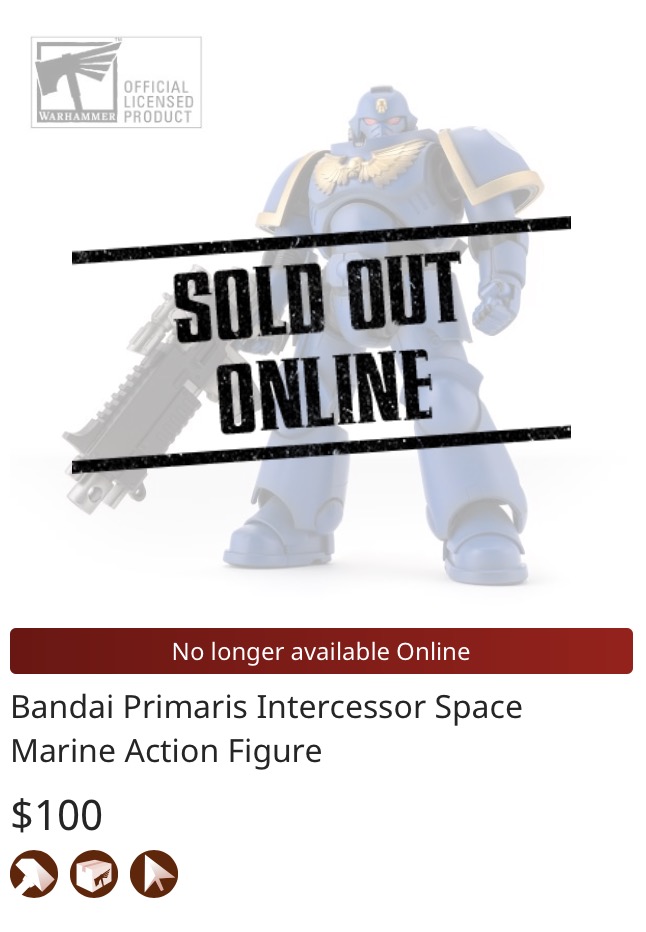 It captures the feeling of the fiction in a way the miniature doesn’t. As GW’s first action figure, this is an unequivocal success–the action figure had a few barriers to entry, from the two-quarter delay between its announcement and when you could order it, to the fact that this was clearly aimed at a collector market rather than a mass market one. And yet, all 9,000 have sold out.

At about $100 USD, GW will gross nearly a cool million from this experiment–what that means for their actual profit is anyone’s guess, but it looks like the audience is hungry for more, which raises the question of what will GW do next? It seems like another run of these is likely, probably with some kind of Aeldari or Chaos if I had to guess. But where else does GW expand? Do they try making more mass-market toys? What if we started seeing Space Marine action figure playsets at whatever flavor of big box retailer?

We know that GW’s on the lookout for ways to bring their worlds to new people. Games like Space Marine Adventures: Labyrinth of the Necron were aimed at Barnes and Noble and other places to try and bring in new audiences, specifically folks who had never heard of 40K and the like before. It’s an interesting crossroads, but one thing we can say for certain.

If you want to get your hands on one of these now that they’re all sold out, you’ll have to convince GW to make over 9,000 of them.