Board Games Retro: ‘Battle-Cry’ Is A Wargame With Conga Lines and Checkers 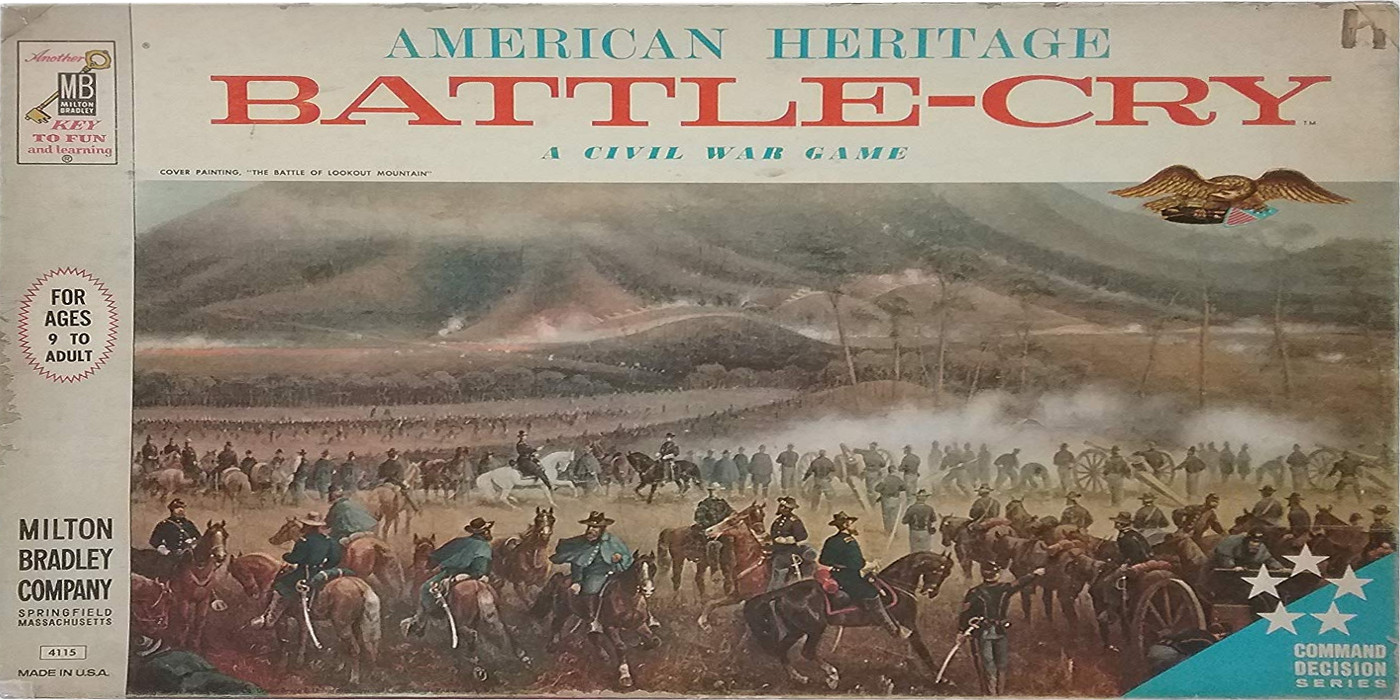 Not all wargames need to be Campaign For North Africa. Some are just horses playing leapfrog.

The American Civil War was a war that happened between the northern Union and the southern Confederacy. The war happened for reasons we won’t be getting into here. 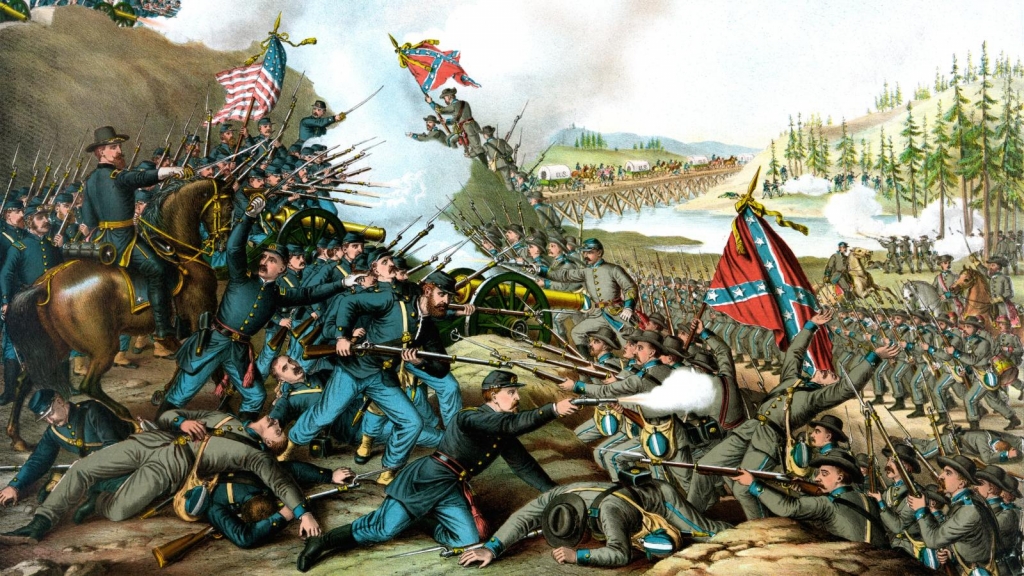 While there is certainly plenty of wargames out there, I’m certain none have a combat system like Battle-Cry. Except for Checkers. 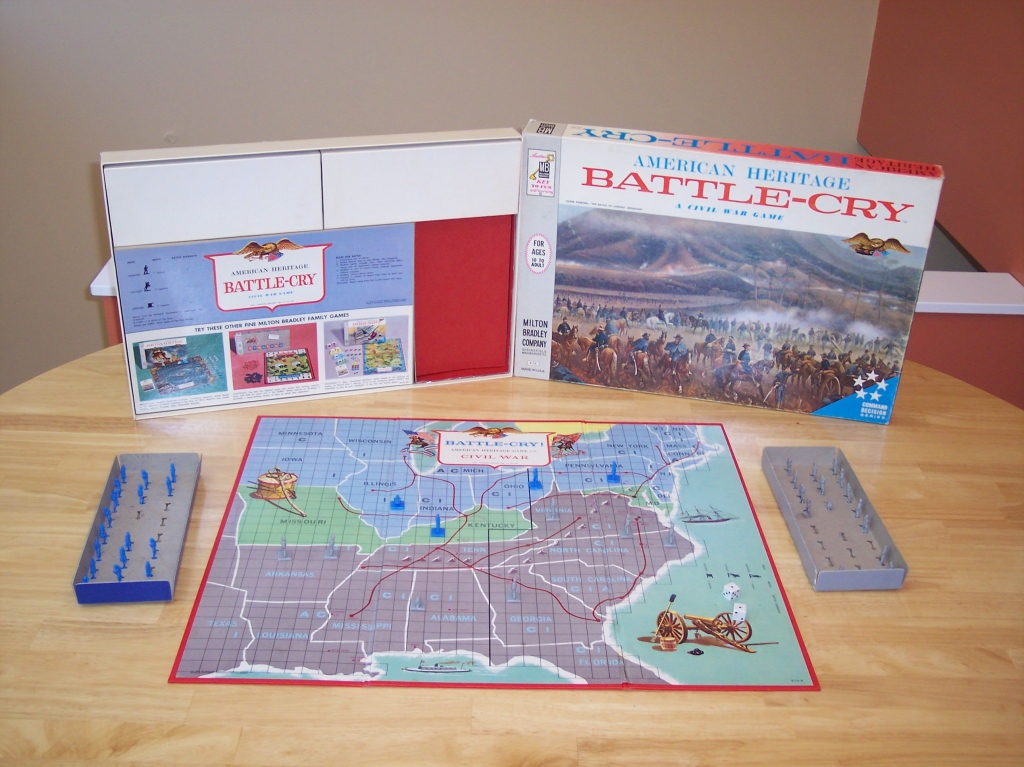 Battle-Cry was released by Milton Bradley in 1961, on the centennial of the Civil War. It was released as part of MB’s American Heritage series of games, which covered other wars in American history – such as WWI, WWII, and War of Independence.

Each of these games, like most Milton Bradley games, are aimed towards a younger audience with a super straightforward ruleset. This is perhaps best exemplified by the game’s setup. Specifically, unit deployment. 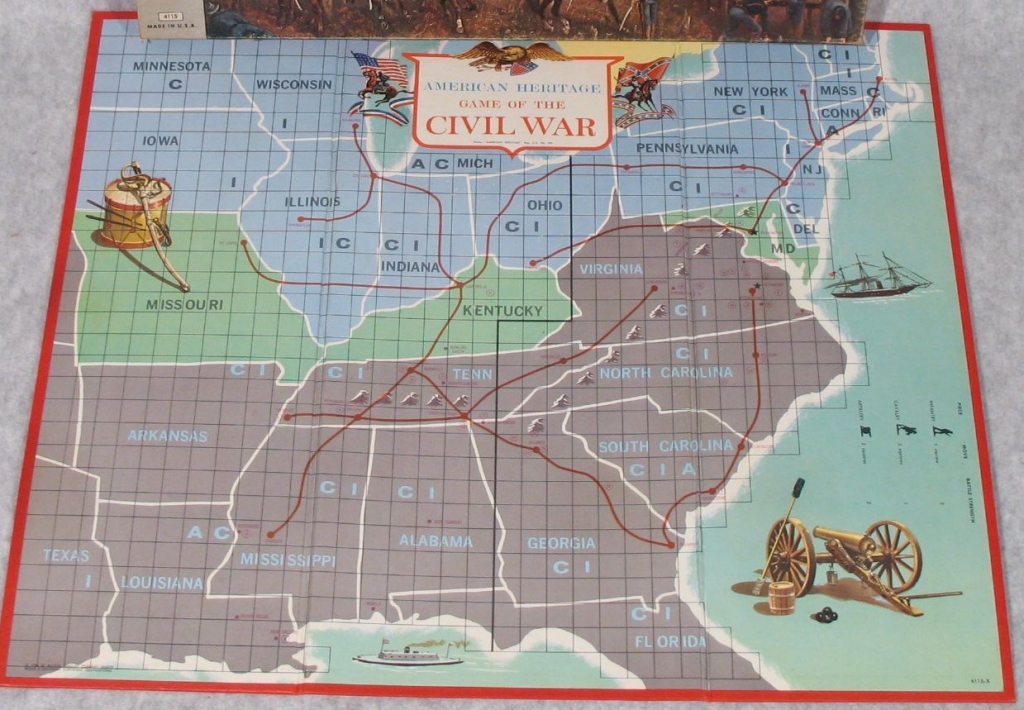 Both sides have 10 Infantry, they go on the Is. The 10 Calvary go on the Cs and the 2 Artillery go on the As. Each game starts the exact same. As I said, the rules are very streamlined.

To move, players roll two 6-sided dice. These movement points are divided among that player’s units. Infantry move 1 for 1, but Cavalry and Artillery move 2 for 1. Mountains halt movement for the turn and the red Railway lines allow any unit to move from dot to dot for 1 movement point.

Boring stuff’s done! Let’s get to the wild part of the rules: Combat. 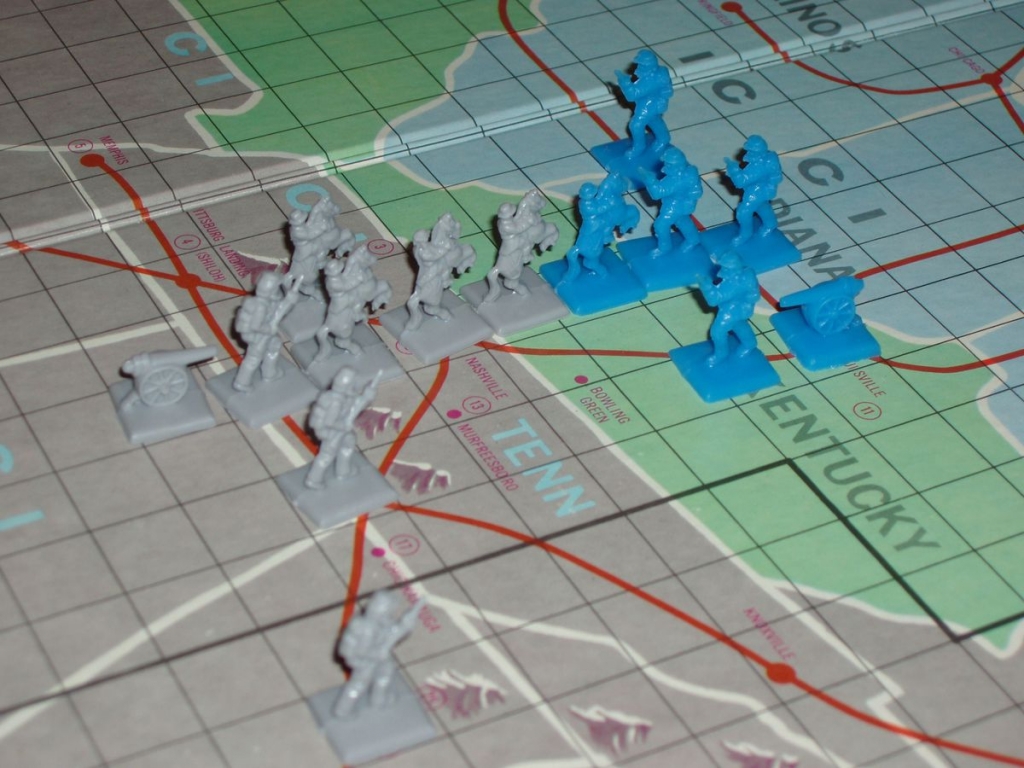 Battle-Cry uses a combination of conga lines and Checkers.

Each unit has a combat strength: Infantry are 1, Cavalry and Artillery are 2. The strengths of the units lined up in a straight line are totaled. Whichever side has the greater total strength wins the fight. Whichever side wins takes the unit from the back of the line and jumps it to the back of the other’s line and the defeated units are removed. There are a few additional rules like Cavalry must be in front of the line and Artillery at the back, but never jump.

I hope this diagram helps you to understand. We drained the entire BoLS budget for 2020 for this image.

But that’s mostly it. Super simple. Very abstract. Much jumping. Plus, like Checkers you can chain jump if your jumping unit lands in a position where they can beat another adjacent unit.

The first side to wipe out the other wins!

Actually, I kinda like how bizarre this one is. It really makes positioning so important, especially since conga lines can be attacked from the side to take out a single unit and break the chain.

The only thing I don’t love is rolling for movement. Since, as we just mentioned, movement is kinda the most important part of the game. I’d love a variant with cards from 2 to 12, and you get to pick which card you use on that turn, then discard it. And you have to skip a turn to redraw your discarded cards. I think that would be neat. Anyway….