D&D: And The Most Popular Player Options In Eberron Are… 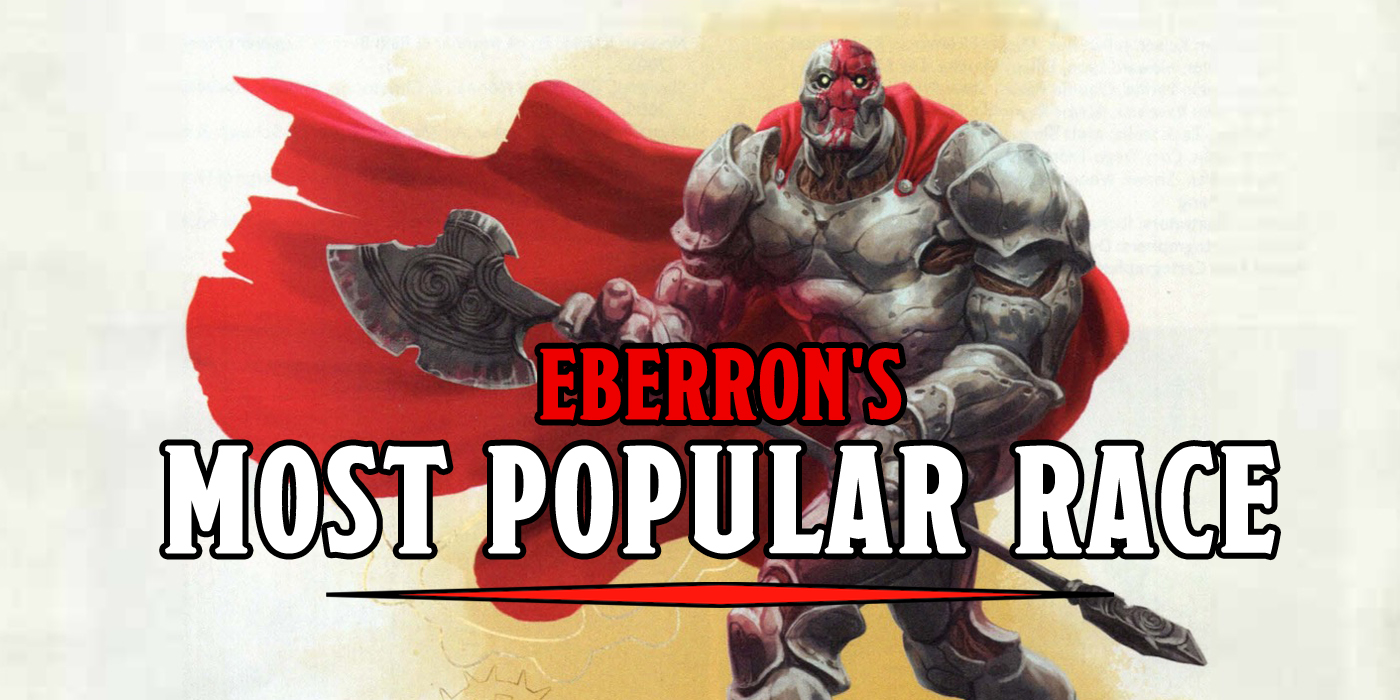 Eberron: Rising from the Last War has only been out about a week, but even so, one particular option seems to be breaking away as the fan favorite.

The data is in from the folks at D&D Beyond, and if you weren’t able to guess from the featured image, the most popular player option in the book, hands down, is Eberron. People love them some magical robots, I guess, which makes sense. When Eberron first debuted in 3rd Edition, the Warforged were such a wildly different, interesting departure from what players had been experimenting with at that point. And this coming in a world where Savage Species let players create some of the more memorable characters in the D&D zeitgeist.

But Eberron, with its magepunk aesthetics and noir influences, seemed to capture everyone’s heart. And no species did it quite as well as the Warforged. They’re a symbol of the Last War, as they were soldiers created to fight it, and now that their war is done, they are left to make their own way in this crazy world where the problems of three living constructs don’t amount to a hill of beans. It also helps that they have built in armor plating and can integrate special magic items into their bodies, which is also really cool. 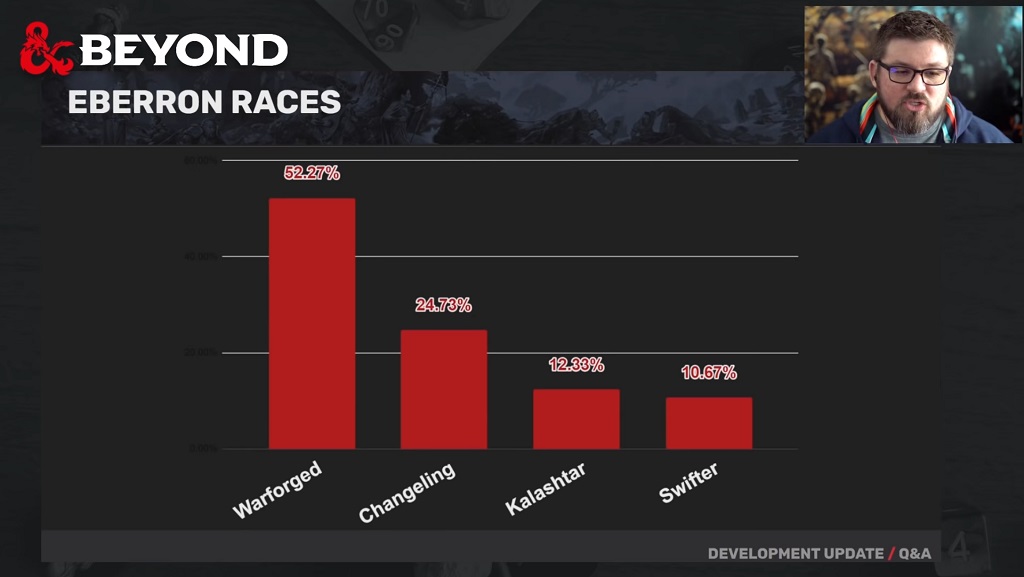 The pattern has held true for 5th Edition, where even a week into it, most people are playing Warforged. More than 50% of the D&D Beyond users who have Eberron are making Warforged. It is far and away the most popular choice for species. And interestingly enough, there’s one particular race/species combination that is leagues ahead of the rest. Most of you are playing Warforged Artificers. 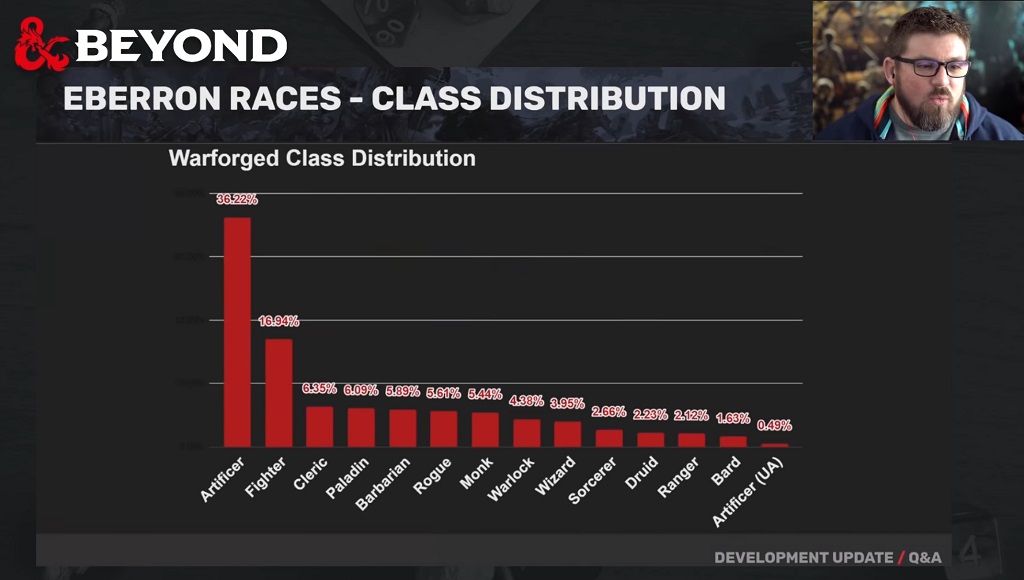 A few more are playing Warforged Fighters, which makes a lot of sense. But I guess there’s something about playing an artificer while being of artifice yourself. The stat bonuses help as well. Then there are Changelings, who are, surprisingly, mostly rogues. I would have expected to see Warlock or Bard or Sorcerer at the top spot (since Changelings can start with a +3 to their Charisma if they want, giving them easy access to an 18 to start with if you’re using point buy or one of the other Adventurer’s League systems). But it’s Rogues, who are doubtlessly using their ability to change their appearance to full effect. 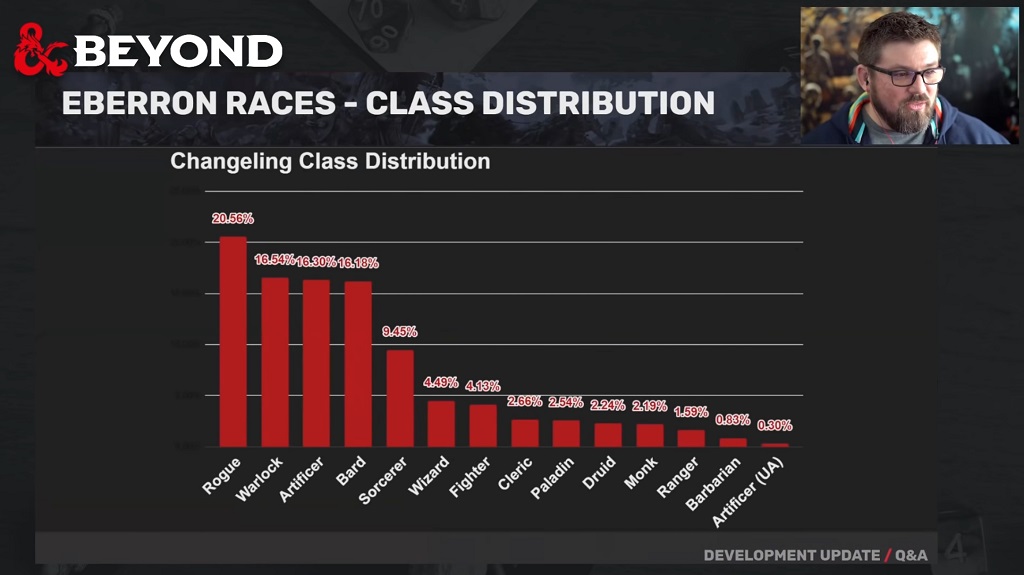 Kalashtar are primarily Clerics, which again, makes sense for a bunch of spirits who are refugees but still have a number of powers that play well with Wisdom-based characters, which is why we see Druids, though I am surprised to see Artificer beat out Monk. 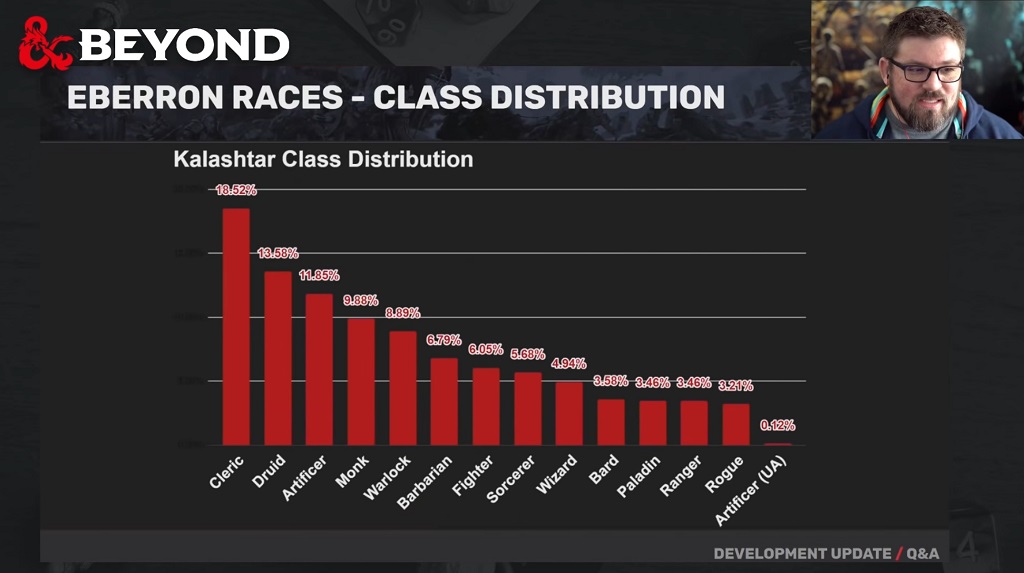 Finally there are the Shifters. These lycanthrope-blooded folk are a little more evenly spread out. Barbarian at the top, with Monk and Ranger not far behind. There’s a lot of ferocity, and melee, in this particular package. 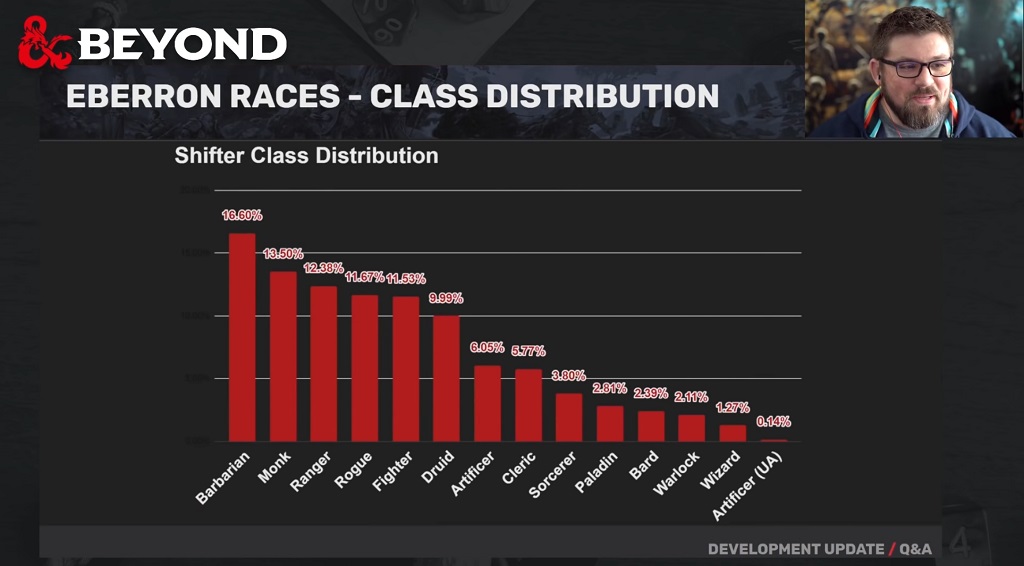 And that’s how Eberron breaks down. So let’s turn it over to you now.

What character combinations are you playing? Which ones are you curious to try? Let us know in the comments!

D&D: Five Potions To Save Your Bacon