Warhammer: Apocrypha Now Is A Blast From Warhammer Fantasy Roleplaying’s Past

Cubicle 7 have collected some legends out of Warhammer Fantasy Roleplaying’s past in a new supplement called Apocrypha Now.

Warhammer Fantasy Roleplay is one of the original dark fantasy roleplaying games. If you played WFRP and didn’t get your throat slit in the night by chaos cultists whom you had inadvertently ticked off by following the plots of early adventures, you were absolutely doing it wrong. And now you’ll have a chance to play the game oh-so-right with this collection of forgotten rules. 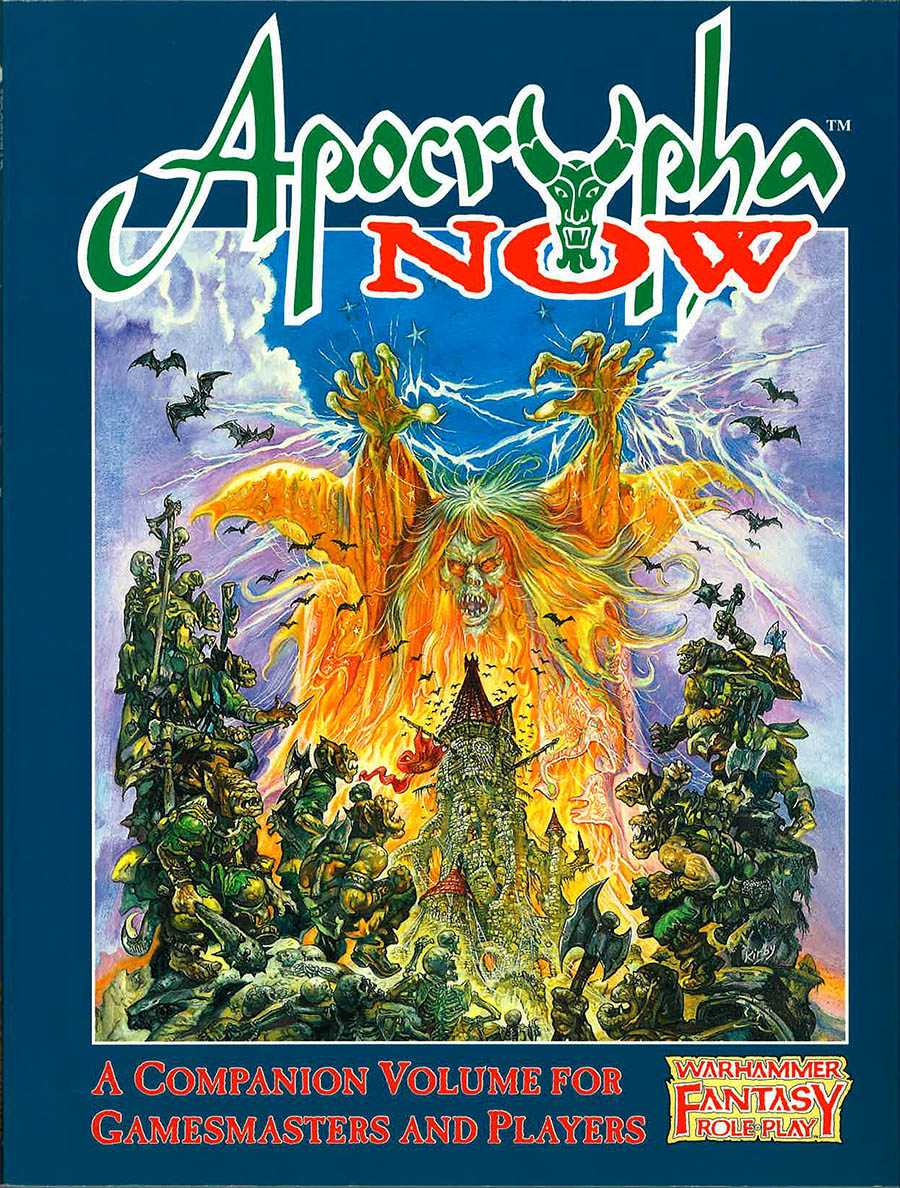 Aprocrypha Now – is a compendium of long-lost writings that will enhance your Warhammer Fantasy Roleplay campaign like never before. We have scanned it page by page to release in PDF on DrivethruRPG here.

Aprocrypha Now features the original A Rough Night at the Three Feathers and Night of Blood. A Rough Night at the Three Feathers is among WFRPs best adventures written by legendary WFRP writer Graeme Davis. It was reprinted in two WFRP 1st edition compilations: The Restless Dead, published by Games Workshop in 1989; and in Apocrypha Now, published by Hogshead Publishing in 1995. In 2005, eighteen years after it first appeared, it was adapted for WFRP2nd edition in the Black Industries collection, Plundered Vaults.

Graeme Davis has previously discussed how he wrote A Rough Night at the Three Feathers largely as an experiment, to see whether multi–plot adventures could even work as it had never been done in roleplaying games before.  Graeme Davis updated and expanded on this and other adventures for our recent release; Rough Nights & Hard Days, available here.

n this PDF you will find: