For long time Slaves To Darkness Players, the updated Chaos Auras and Marks are going to change the way you build and play your army. Let’s take a look!

We’ve got a copy of the Slaves To Darkness Battletome and it’s looking pretty solid so far. There are lots of tweaks and changes, a few additional units, new Endless Spells, and some new army abilities to review. One of the biggest changes is how the Chaos Marks and Auras will work for your army. 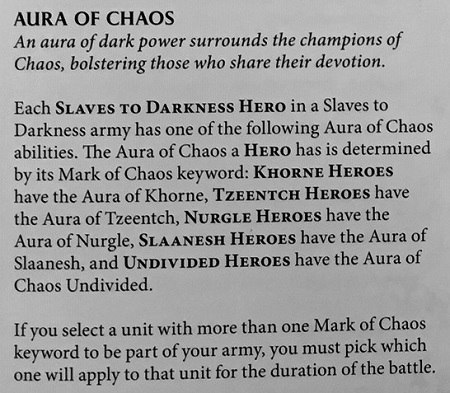 You can still mark heroes and units like previously but their Aura Abilities have all been updated with some new functionality. 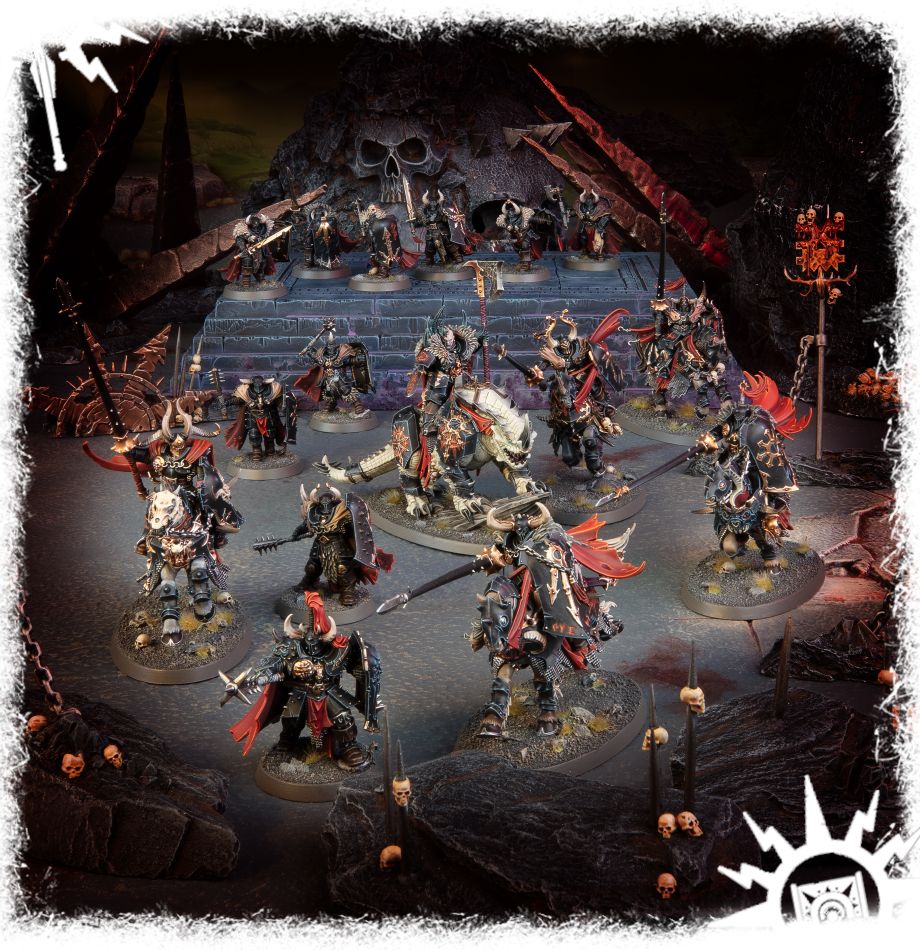 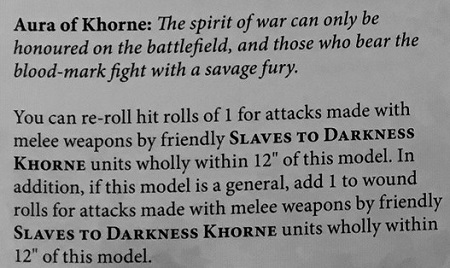 The old Khorne Aura allowed you to re-roll hit rolls of 1 for melee attacks but this one also allows your general to provide an additional +1 to wound rolls for melee weapons as well. This is a nice little boost that will benefit Khorne Marked Units who are balled up in a tight formation. This is going to be a popular option for anyone who wants to test their martial prowess for sure. 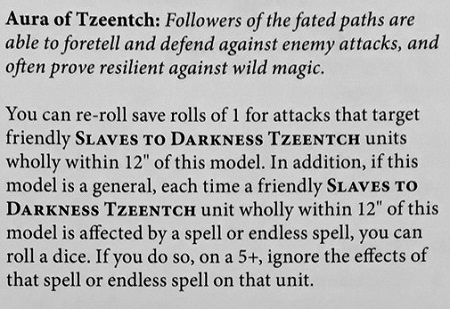 The Aura of Tzeentch is basically a “Free” Mystic Shield effect for ever unit wholly within 12″ of a hero. Re-rolling save rolls of 1s will certainly add up. And if that Hero is your general, you also get a 5+ save vs the effects of a spell or endless spell. Not too shabby! I’m not sure if that makes running endless spells more or less tempting for Tzeentch-themed Slaves to Darkness armies. 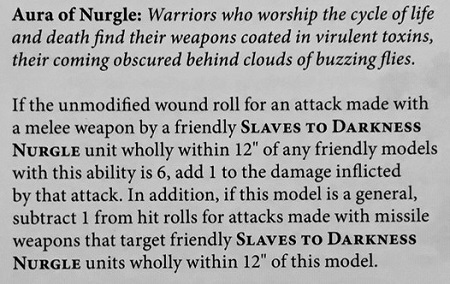 For Nurgle, unmodified 6s for their melee attack to wound rolls do an additional damage – that’s already a strong start. And if your General is the one generating the aura, missile attacks that target friendly Slaves to Darkness Nurgle units wholly within 12″ are also -1 to hit! I suppose those clouds of flies DO mess with missile weapons. I like this one for the fact that it has both an offensive and defensive bonus and it seems well balanced. Dodge the missile fire until you can close the gap and then use your melee attacks with bonus damage! 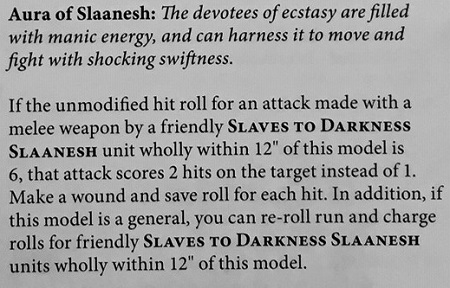 Not to be out done, the Slaanesh Aura causes 2 hits instead of just 1 when you roll an unmodified hit roll of 6. And you also get the added benefit of being able re-roll run and charge rolls. Slaanesh-themed armies are going to move really fast and cause a whirlwind of hits – watch out for this one for sure! 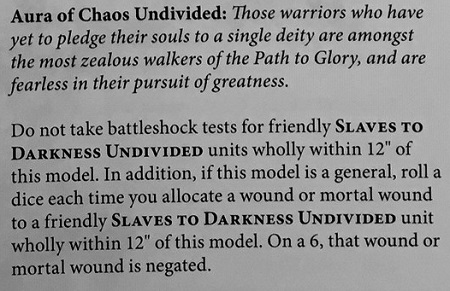 In the past the Mark of Chaos Undivided was never really that impressive. Well that is about to change! This aura not only grants them immunity from Battleshock tests, but if they are wholly within 12″ of their general, they get to negate wounds and moral wounds on a 6! If none of the other Marks are really calling to you, then you’ve always got Chaos Undivided to fall back on. 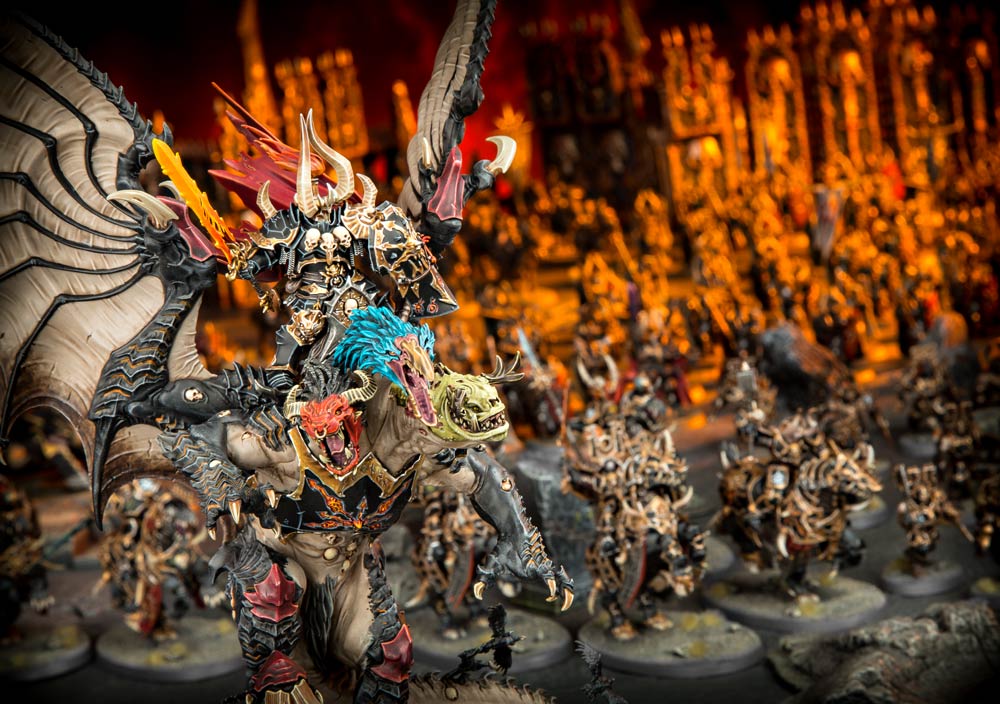 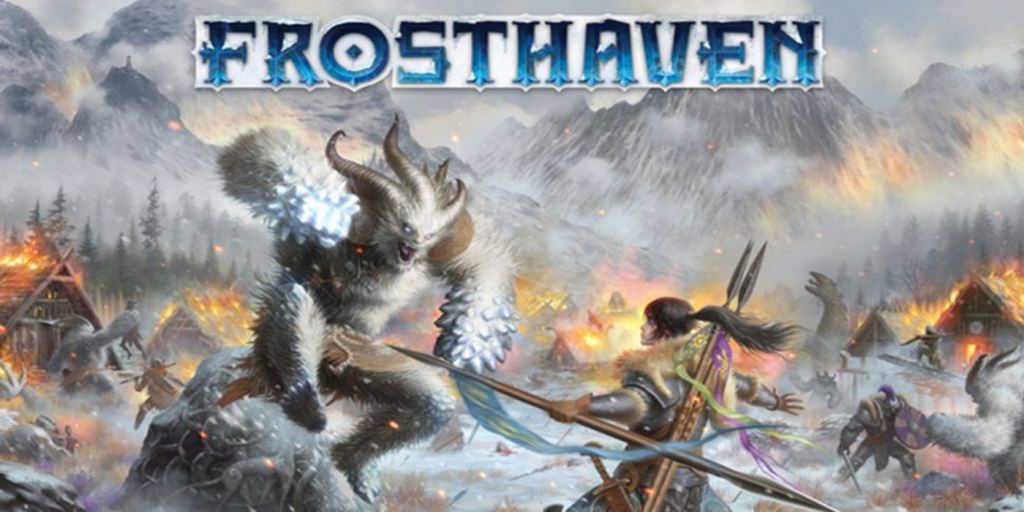