These novels are all set to release mid-2020 and are set in the worlds of the Asmodee collection of products. The statement by Aconyte Books covers the release schedule up through August 2020, which is listed below.

This announcement comes on the heels of another, stating Aconyte Books will also be working with Marvel to release books for them over the next several years.

Publisher Marc Gascoigne says, “The Marvel comic book universe has featured a host of great characters and storylines crying out to be told over the years, and now is the time to step into the spotlight. You can look out for legends from Asgard, several volumes focusing on some of Marvel’s heroines, and stories of some of Professor Xavier’s lesser-known stu­dents, and that’s just to get us started.”

Aconyte Bookshave promised to release more details in the coming weeks regarding their novels with Asmodee. But for now, here’s what we know, as coped from the press release:

There’s an ancient artefact on display in Arkham, and everyone wants to get their hands on it… big mistake.

Legend of the Five Rings: Curse of Honor – David Annandale

A band of samurai from the Crab clan discover an abandoned city on the edge of the Shadowlands, and what they find there changes them forever. Read more about Curse of Honor. 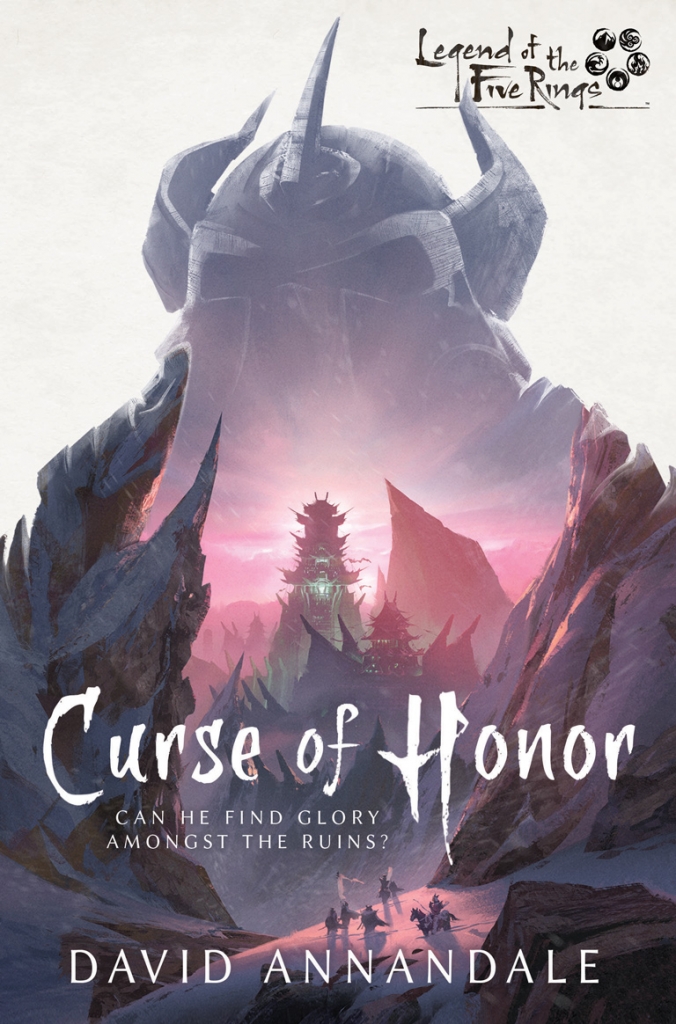 First week in the new job at the Global Health Agency for talented epidemiologist Bodhi Patel, and there’s an outbreak in Brazil that needs expert attention.

Introducing the Crucible, the extraordinary artificial world at the centre of the universe where a myriad species have been assembled by unknown forces.

Descent–Journeys in the Dark: The Doom of Fallowhearth – Robbie MacNiven

The Baroness of Forthyn’s daughter has gone missing, and the trail seems to lead to the deepest, darkest part of Blind Muir Forest.

Infamous European surrealist Juan Hugo Balthazarr is being feted by the great and good of Arkham high society, but his art is darker than anyone can imagine.

Introducing Daidoji Shinn, wastrel son of a Crane clan, who has discovered he has a passion for investigating mysteries.

Hi, it’s me again. Not the press release. Just wanted to be clear about that.

As a big fan of Arkham Horror as a game and Lovecraft as an author and worldbuilder, I’m excited for more exposure to that world. I’ve never delved too deep into KeyForge or L5R, but I imagine the worldbuilding potential there is pretty vast.

Which novel are you most excited for?
Personally, I’m leaning Tales from the Crucible